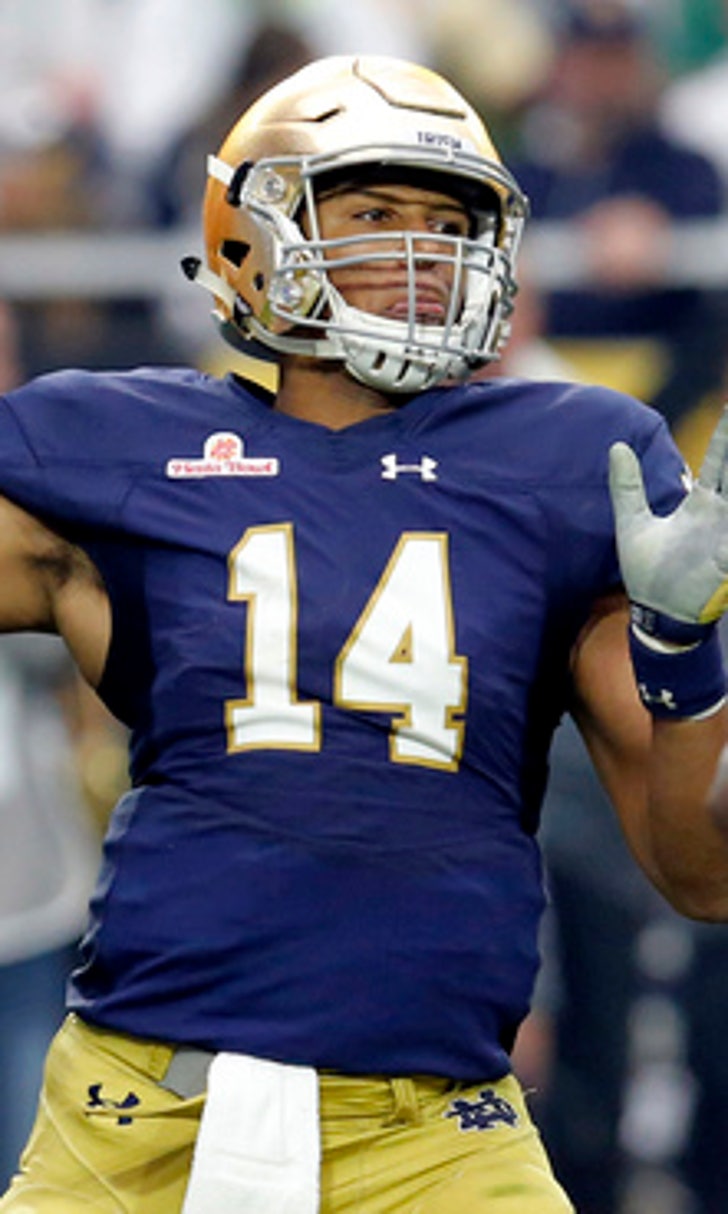 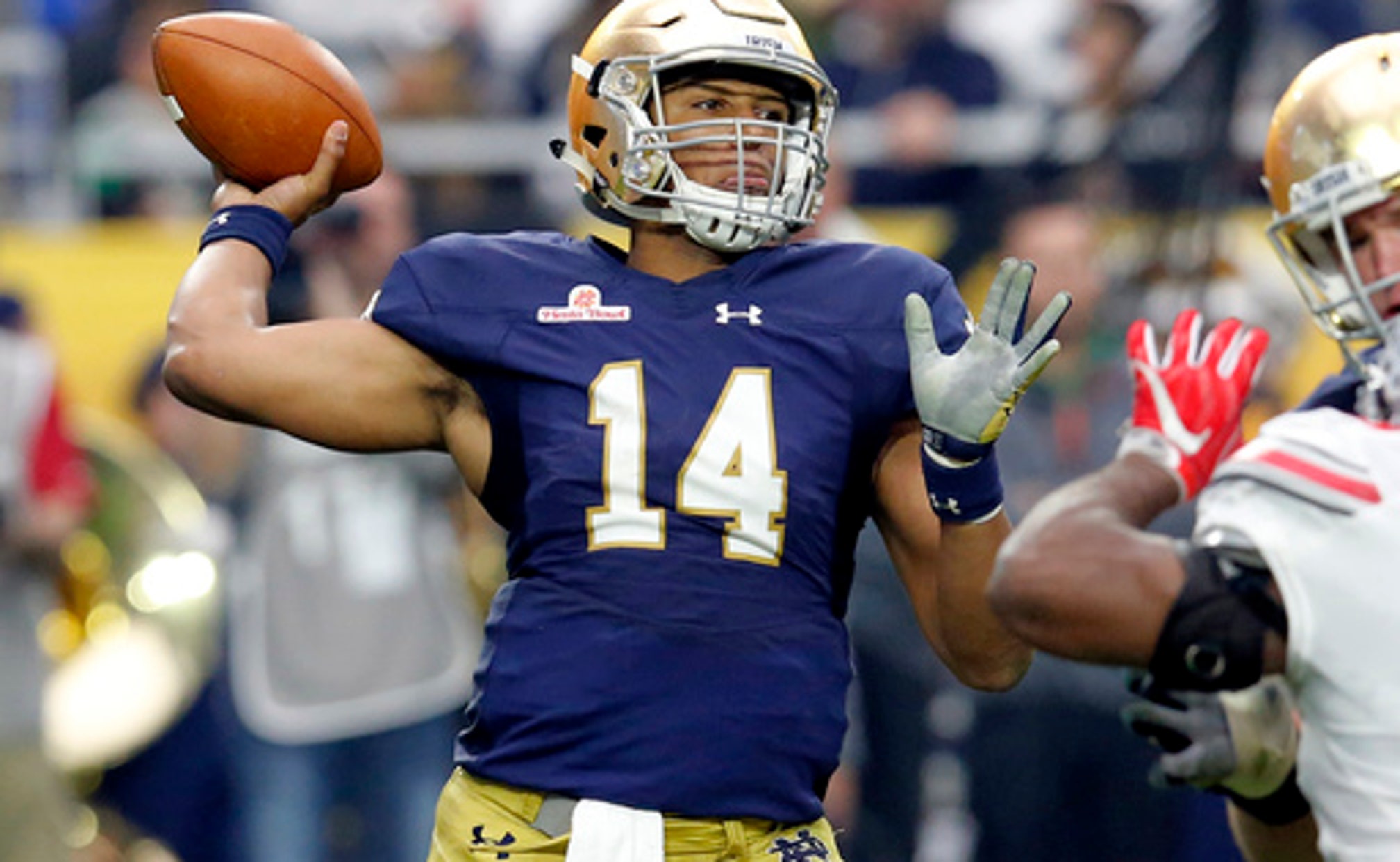 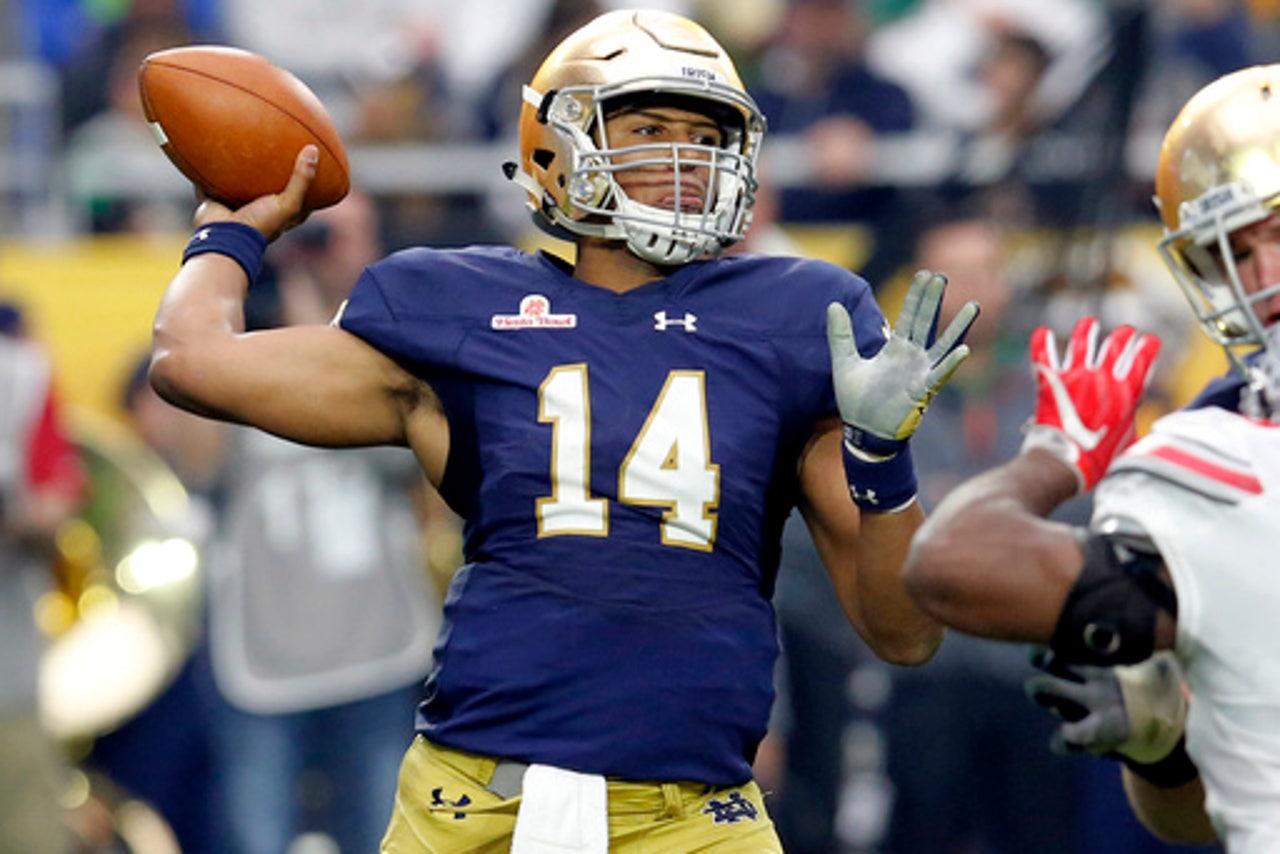 SOUTH BEND, Ind. (AP) Notre Dame coach Brian Kelly says it will be a three-man competition to be the starting quarterback between Malik Zaire and DeShone Kizer and Brandon Wimbush.

Kelly called the competition ''almost an embarrassment of riches.'' Kelly had previously said he might redshirt Wimbush, but says the Irish coaches decided he was too talented to keep him out of the competition. Zaire started last season as the starter, but broke his right ankle in the second game. Kizer led the Irish to a 10-3 record and a No. 11 ranking.

Kelly says he expects the competition will continue into the fall and could continue throughout next season, saying he will consider using more than one quarterback.