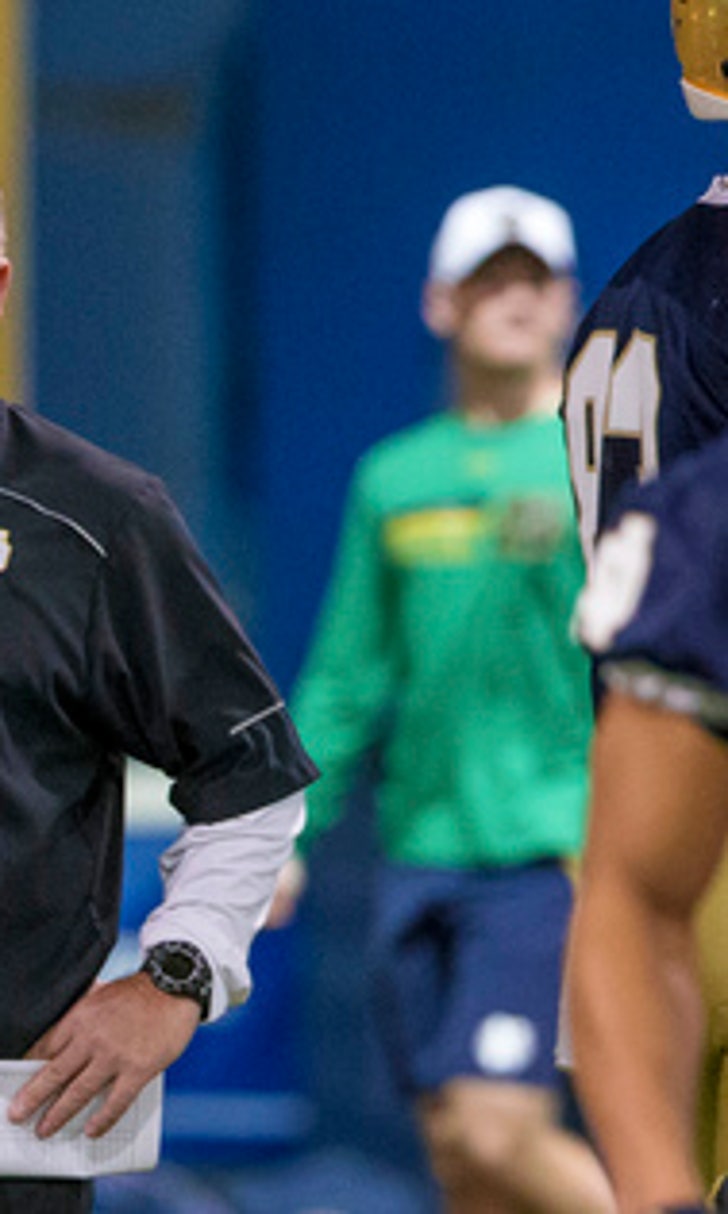 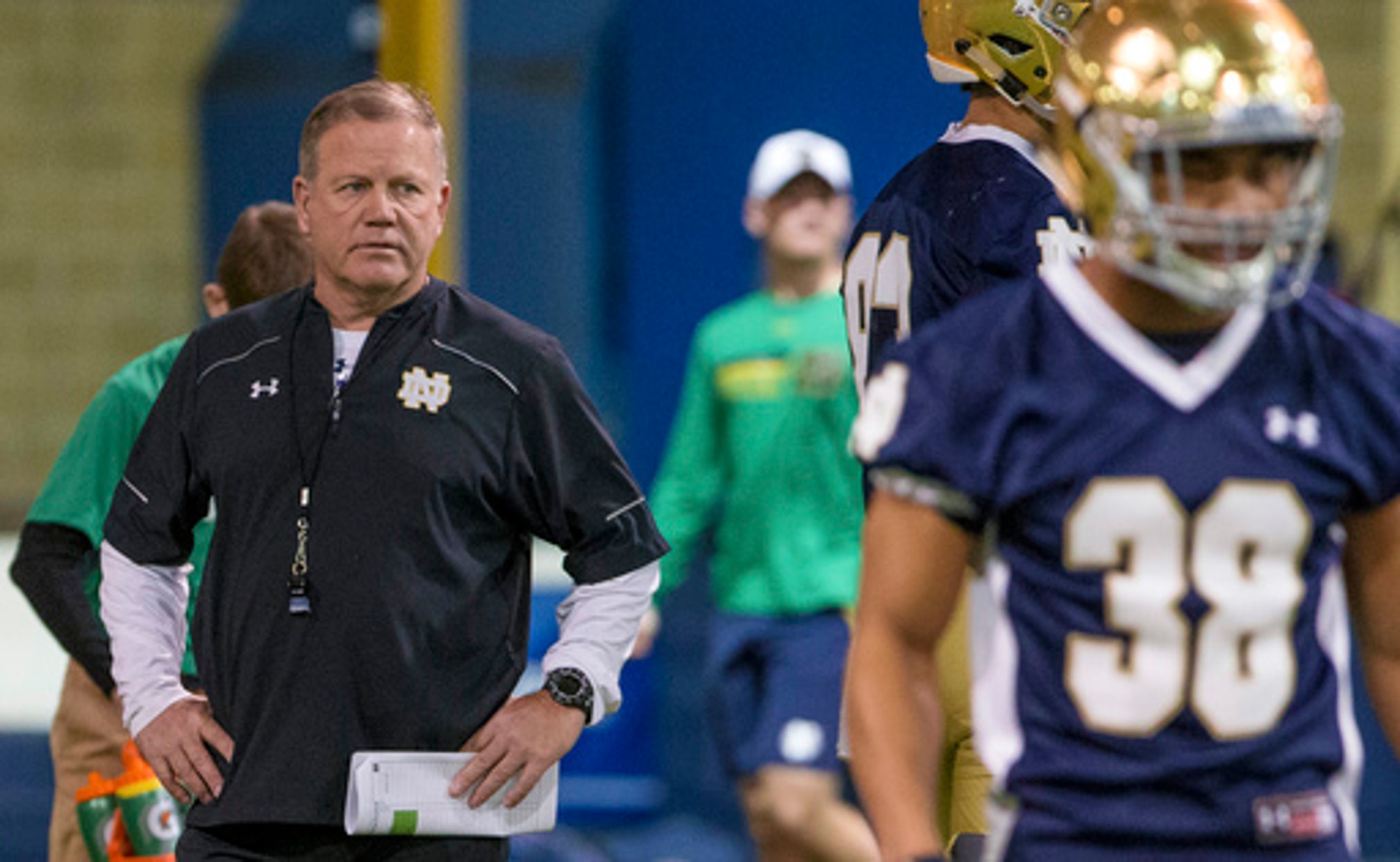 SOUTH BEND, Ind. (AP) Brian Kelly was at Notre Dame's 5:45 a.m. player workouts this winter, a departure from the past.

The Fighting Irish coach spent time with multiple position groups during his program's first spring practice Wednesday, as opposed to working primarily with the quarterbacks. And he has given his new offensive coordinator full autonomy, unlike the previous two years when Kelly was part of a three-man group that had input on play-calling.

''Our program has kind of done a complete 180 in terms of the attitude and the energy around this building,'' fifth-year left tackle and two-year captain Mike McGlinchey said. ''The changes that coach Kelly has made both in his approach and also the people that he has brought into this building have provided a spark that you can kind of feel something good is building here. We're excited about what's going on.''

Start with those early-morning conditioning sessions. Kelly felt the need to be there the past few months as a result of exit interviews with every player, the majority of whom wanted their head coach to be more involved with the team. That theme became apparent in the middle of the 2016 season when Kelly fired third-year defensive coordinator Brian VanGorder after a 1-3 start and took a more hands-on approach with the unit, which improved over the course of the season from 103rd nationally to 42nd by season's end.

Kelly hired Mike Elko from Wake Forest to lead the defense for 2017, one of six new assistant coaches brought aboard this offseason. But the biggest addition may be an off-the-field staff member: Kelly hired former UConn strength and conditioning coach Matt Balis as his director of football performance after a season that saw Notre Dame lose seven games by one possession or fewer. Balis replaces Paul Longo, whom Kelly said is on disability.

''I think we're challenged in the weight room both physically and mentally,'' junior running back Josh Adams said. ''I feel like something that's new this year is we're competing a little bit more. Just how we compete in practice, we're competing like that in the weight room, just going at it with different type of guys. Something that's new is we're working out with different guys.''

''I think that over the last few years it's been a committee running the offense,'' Kelly said. ''There is no committee now. It's one guy that can kind of turn it loose and run it.''

At the season-ending awards banquet in December, Kelly announced seven 2017 captains, something he usually saves for spring practice. And though one of those captains, quarterback DeShone Kizer, ended up declaring for the NFL draft shortly afterward, the first seeds for the upcoming season were planted.

All the staff turnover soon followed. Players asked more of their head coach. So far, they have received just that, with Adams noting a more energetic leader whom players have gotten to know better, leading to a more tight-knit program.

This will all matter little, of course, if the results don't change significantly. The season begins at home against Temple on Sept. 2.

Kelly is leaving no stone unturned to ensure that his 27th season as a head coach - and eighth with Notre Dame - is nothing like his 26th, which was just the second losing campaign of his career.

''My priority is emphasizing the things that I want. Today was about evaluating the personnel and where they are. It was much more of a different priority for me than it has been.''