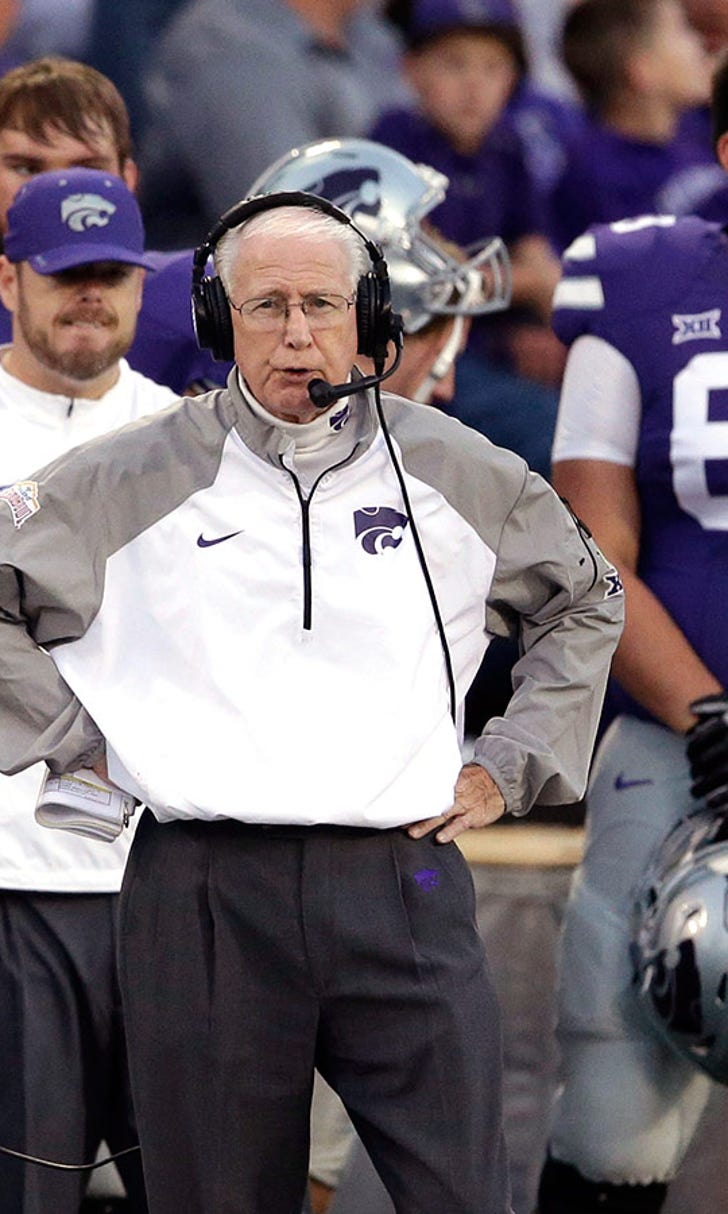 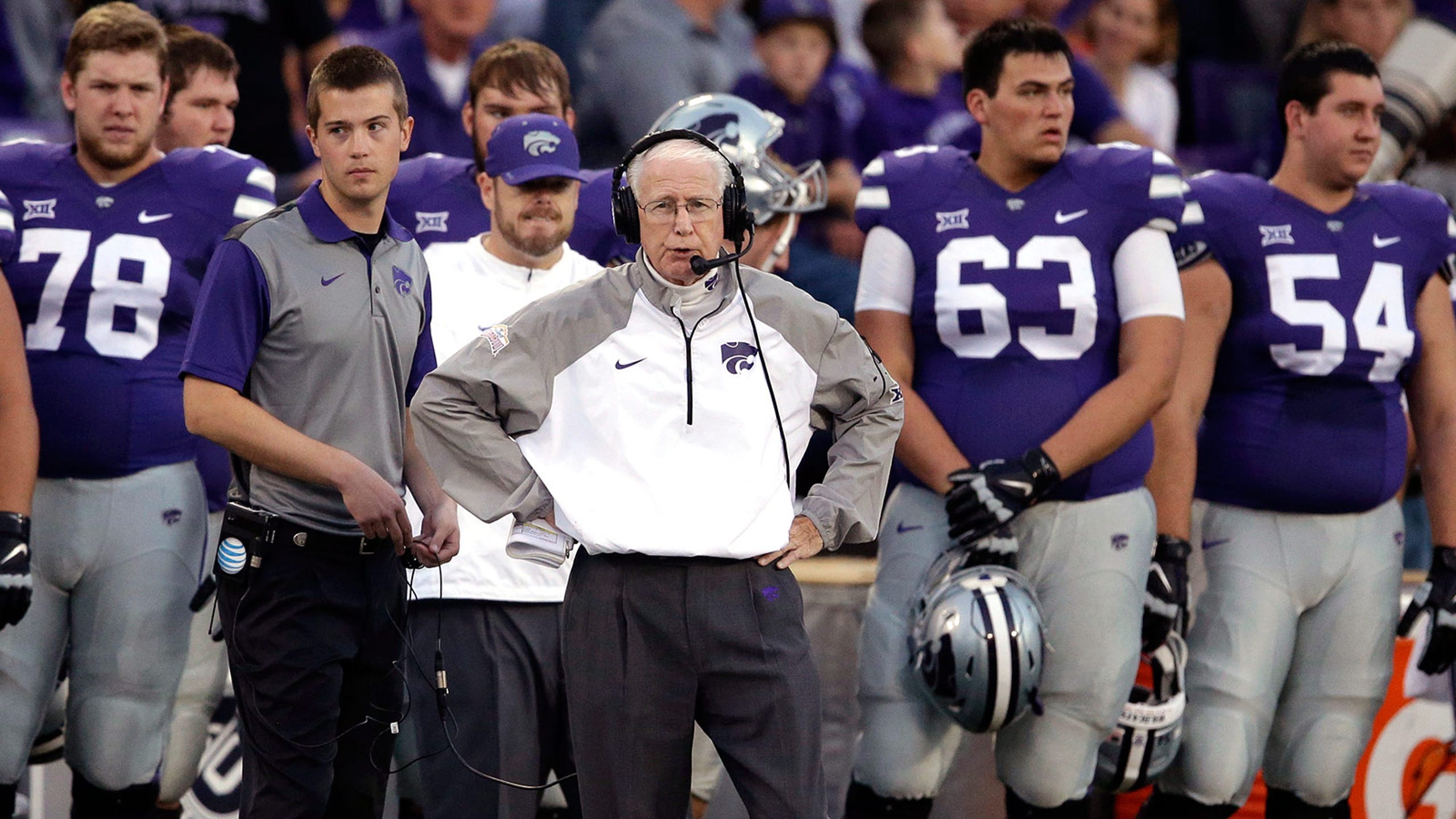 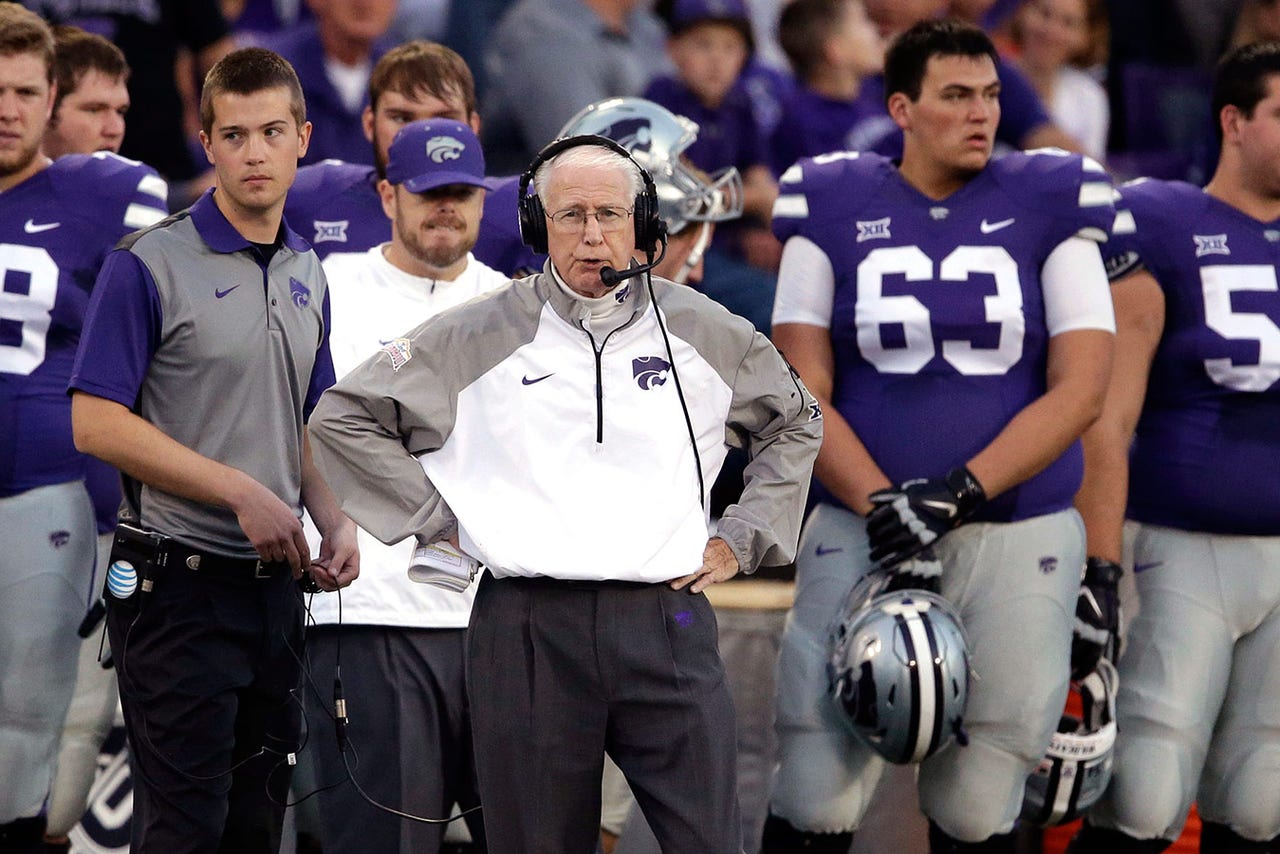 As the Kansas State Wildcats head into the bye week riding a rare four-game losing skid that instead nearly consisted of two upsets of ranked teams, players are clasping to coach Bill Snyder's 16 goals of winning, and one in particular.

"Coach Snyder talks about them all the time,” Wildcats linebacker Will Davis told reporters Tuesday. “One of his 16 goals is ‘Don’t accept losing.’ We’ve taken that to heart. We’re competitors. We hate losing. We hate it so much. It motivates you, and each time you lose it motivates you even more. We’re hungry.”

K-State (3-4, 0-4), one season removed from going into last year's season-finale at Baylor with a shot to share the Big 12 championship, has hit hard times quickly, and in large part to key injuries. The Wildcats lost their starting quarterback in Week 1, and in a near-upset of No. 12 Oklahoma State, was forced to play senior wide receiver Kody Cook at QB.

The next week came a near-upset of No. 5 TCU, such a narrow defeat that the Horned Frogs actually lost ground in the AP top 25 poll after it.

Since then have come a 55-0 humiliating home loss against Oklahoma and a road loss last week at Texas.

After this bye week, it doesn't get easier with No. 2 Baylor coming up.

“Guys have the right mindset,” Davis said. “We’re getting better. We’re improving and correcting mistakes. It’s a process, but we’re on our way.”