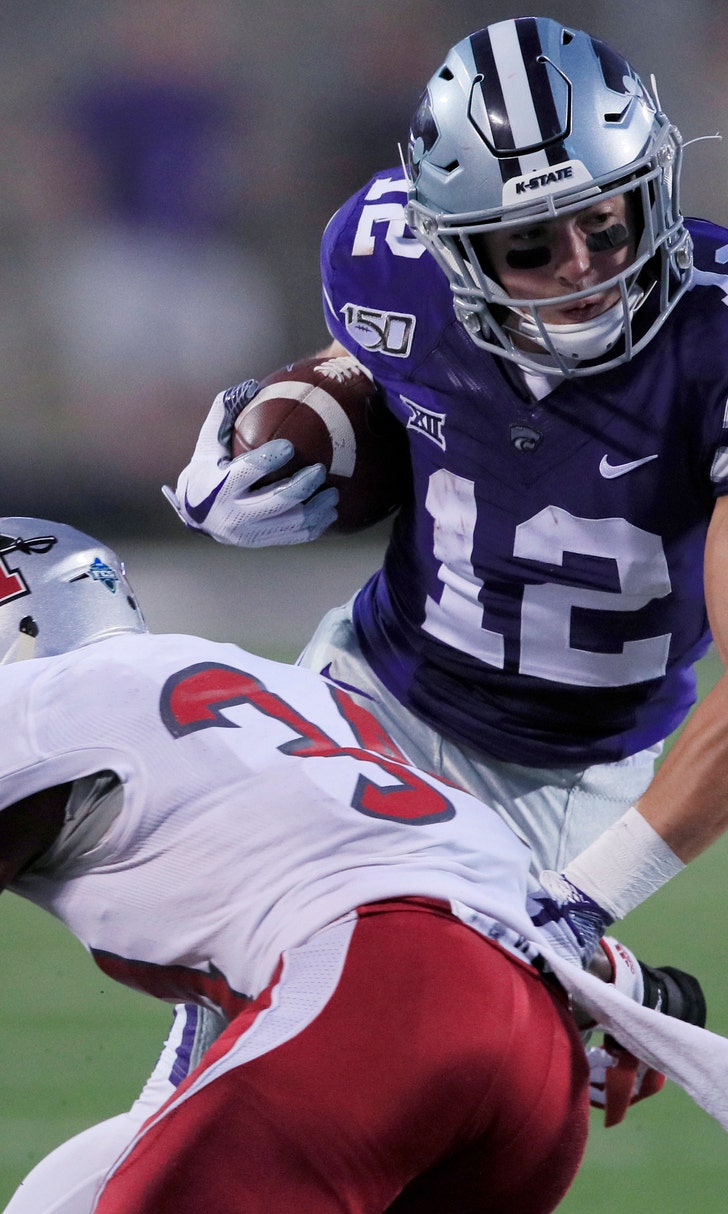 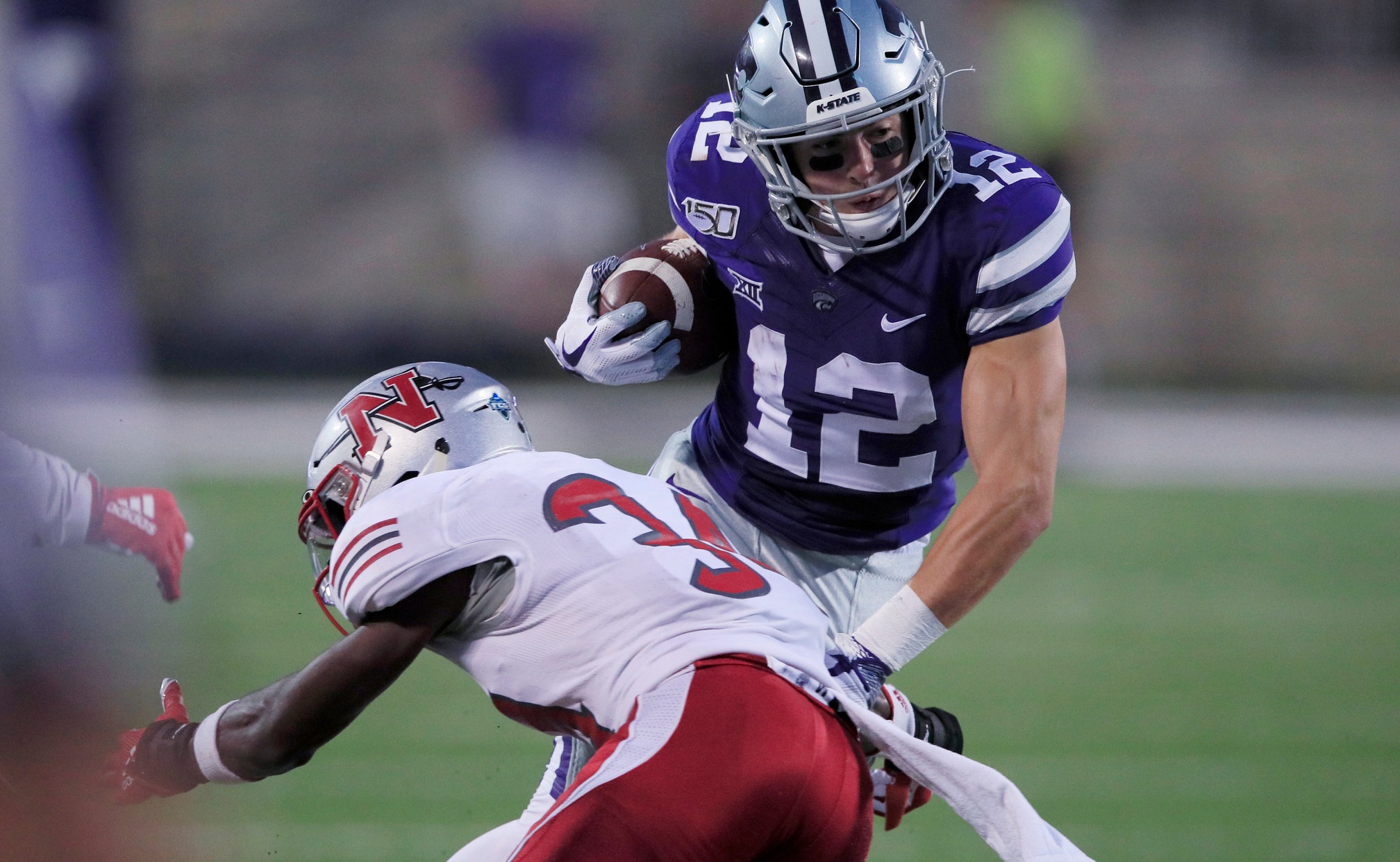 MANHATTAN, Kan. (AP) — The sheer dominance of Kansas State in Chris Klieman's debut can perhaps be summarized best by the fact that the new coach hopes to see his defense on the field more this weekend.

Yes, you read that right.

The Wildcats held the ball for more than 41 minutes in their 49-14 whitewashing of Nicholls State last weekend, and that meant a mere 20 plays for the defense. That makes any evaluation of the guys on that side of the ball rather difficult, to say nothing of new coordinator Scott Hazelton.

"We need to play more snaps," Klieman said ahead of Saturday's game against Bowling Green, the last tuneup for Kansas State before an early test at Mississippi State.

"Obviously you don't want to play more," Klieman admitted, "but we need to play more to have a better evaluation of some guys. I just know there were a lot of technique errors."

It must have taken a discerning eye to see them.

The Wildcats committed just two penalties and had no turnovers while being so efficient on offense they once marched nearly the length of the field without a pass. On defense, they made enough plays to keep Nicholls from ever getting into rhythm, despite the Colonels returning the bulk of their playmakers.

"At times we got a little bored," Kansas State defensive end Wyatt Hubert said, "but that's a good problem to have with the offense being on the field for so long."

Bowling Green didn't have much trouble in its opener, either. The Falcons roared to a 46-3 win over Morgan State in a successful debut for coach Scot Loeffler. The 43-point margin was the third-largest for a new Bowling Green coach, and the 620 yards of total offense were the most since the Falcons set the school record of 725 in 2015.

On the flip side, the Falcons held Morgan State to just 70 yards of total offense.

Loeffler isn't oblivious to the fact that Kansas State and Morgan State have nothing in common but the "State" in their names, though. He knows the trip to Manhattan is another challenge entirely.

"Whenever the talent is a little bit different or equal, every play matters. We need to be on our game," he said. "It's different. Crowd noise is different. Playing in a tough, hard, loud environment with a team that is extremely disciplined. Our kids will have to have a sense of urgency."

Kansas State ran for 361 yards against Nicholls, getting rushing touchdowns from five different players. The ground-based attack came despite the Wildcats having no players with experience returning from last season.

"Coach Klieman and the rest of the coaches did an unbelievable job of recruiting," said running back James Gilbert, a transfer from Ball State.

Loeffler has always admired retired Kansas State coach Bill Snyder, whether during his years at Michigan, Florida, Temple and Auburn or his stint in the NFL. He doesn't think the change in coaches has changed much at Kansas State, either.

"You can feel on the tape the culture left by Coach Snyder," he said, "and you can see the same culture brought in by Coach Klieman."

Bowling Green allowed just 24 yards passing to Morgan State, and the 70 yards total was the fewest since allowing 65 to Eastern Michigan in 2013. The Falcons allowed no drives longer than six plays or 25 yards, and it was their best showing in terms of points since a shutout in 2015.

Kansas State allows its trio of captains to give out sledgehammers to deserving players after each game. Defensive back Denzel Goolsby gave his to the scout team last week, while offensive lineman Adam Holtorf gave his to the backup O-line. Quarterback Skylar Thompson gave his to defensive back Jonathan Alexander for his strip, fumble recovery and touchdown return.

Both coaches said there is a challenge in preparing for a team with a new coach, though at least the playing field is even in that respect.

"In a blowout win like they had it's hard to say, 'Well, this is what they do,'" Klieman explained. "There is some carry-over from what we've seen from their coordinators at other schools. It'll be a work in progress."

This is Bowling Green's only scheduled game against a Power Give school, while the Wildcats will be trying to avoid looking ahead to next weekend's showdown against the Bulldogs in Starkville.