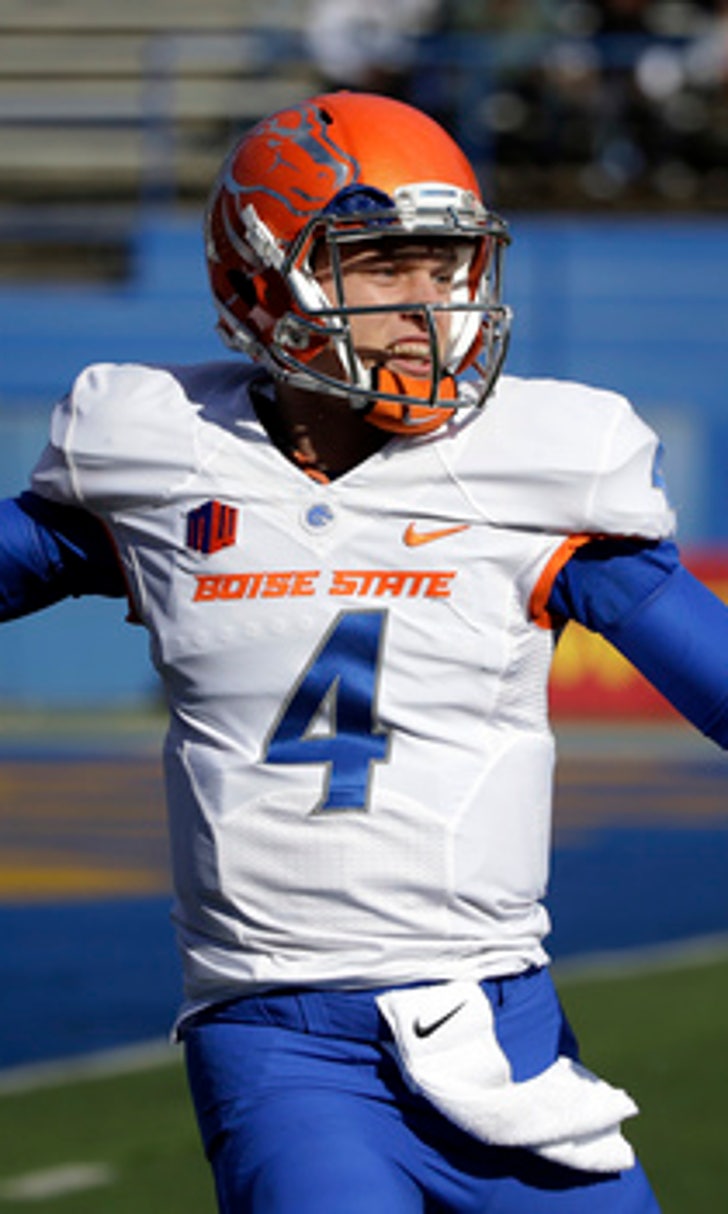 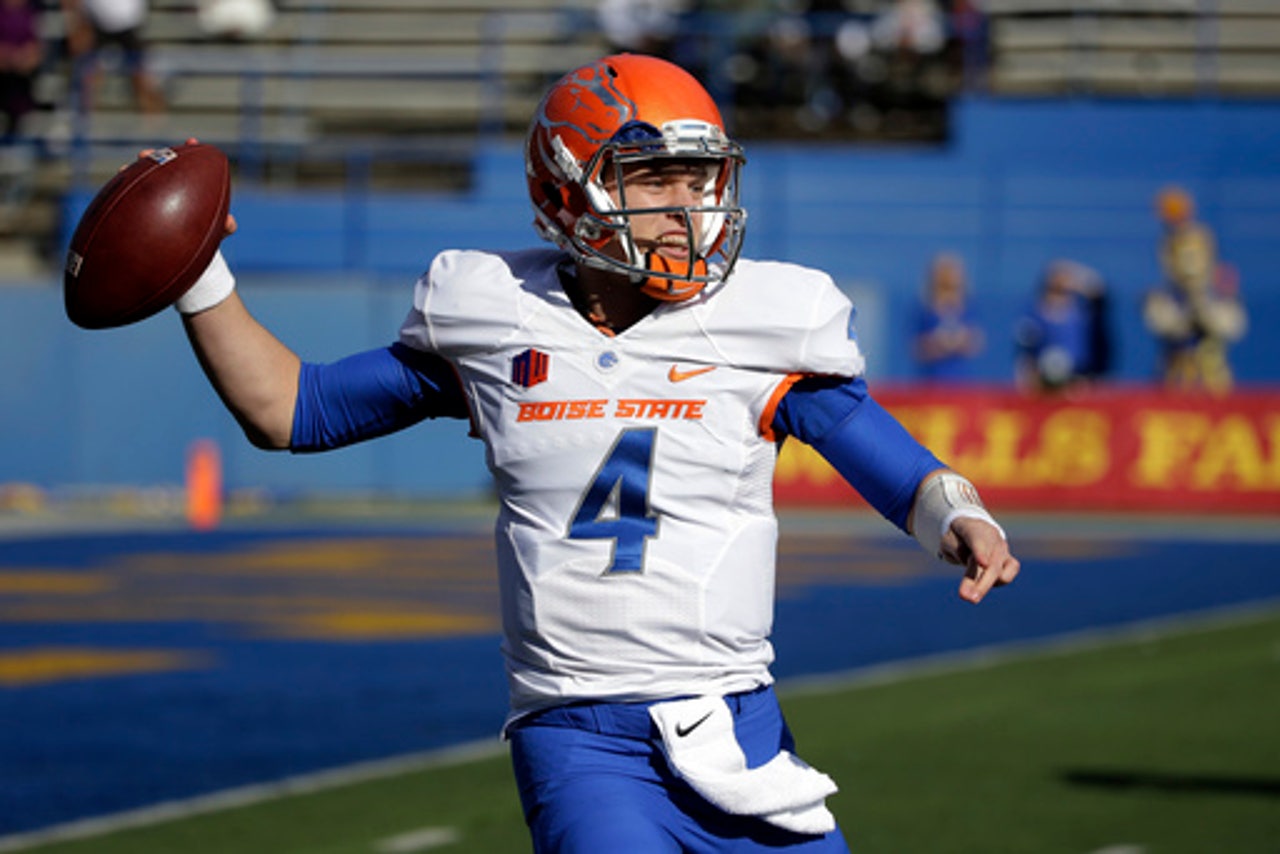 The Group of Five is making the most of its inclusion in the New Year's Six bowl lineup.

Boise State of the Mountain West Conference earned the Group of Five invitation two years ago and responded by beating Arizona in the Fiesta Bowl. Houston of the American Athletic Conference followed that up last year by whipping Florida State in the Peach Bowl.

The Group of Five will try to win a New Year's Six bowl for the third consecutive year. Here's an alphabetical rundown of some Group of Five teams that have shots at earning that selection.

APPALACHIAN STATE: On the surface, this one's a long shot. What are the odds of a school from the Sun Belt Conference getting in the New Year's Six? But Appalachian State does have a path to that invitation, narrow as it may be. The Mountaineers return the nucleus a team that went 11-2 and won the Camellia Bowl last season. Taylor Lamb threw 31 touchdown passes and only nine interceptions a year ago, while Marcus Cox rushed for 1,423 yards. Appalachian State visits Tennessee and hosts Miami in two of its first three games. If Appalachian State manages to split those two games and wins the rest to go 11-1 - and all the American and Mountain West teams have at least two losses - that's one way a Sun Belt team could end up in the New Year's Six.

BOISE STATE: The Broncos went 9-4 and failed to reach the Mountain West championship game last season, but their 55-7 blowout of Northern Illinois in the Poinsettia Bowl should allow them to head into this season with plenty of momentum. Quarterback Brett Rypien is back after throwing for 3,353 yards as a freshman. Thomas Sperbeck also returns after catching 88 passes for 1,412 yards last season. A manageable schedule gives Boise State a reasonable chance of winning all its games. Boise State's nonconference games are home matchups with Washington State and BYU, plus trips to Louisiana-Lafayette and Oregon State.

HOUSTON: The 15th-ranked Cougars are the clear favorites to get the New Year's Six bid from the Group of Five. Tom Herman enters his second year at Houston as arguably the nation's hottest coaching prospect after leading the Cougars to a 13-1 record last season. Quarterback Greg Ward Jr. and Clemson's Deshaun Watson were the only Football Bowl Subdivision quarterbacks last season to combine for over 1,000 yards rushing and 2,000 yards passing, and Houston's only loss last season came to Connecticut in a game Ward didn't start due to injury. Houston gets an early chance to make a statement Saturday when it faces No. 3 Oklahoma at NRG Stadium, home of the NFL's Houston Texans.

SAN DIEGO STATE: The Aztecs have one of the nation's most underrated players in Donnel Pumphrey, who rushed for a school-record 1,867 yards in 2014 and 1,653 yards last season. San Diego State was a unanimous pick to win the Mountain West's Western Division in the league's preseason poll. The Aztecs have the Mountain West's preseason offensive player of the year (Pumphrey), defensive player of the year (cornerback Damontae Kazee) and special teams player of the year (kick returner Rashaad Penny). Kazee had eight interceptions last season. San Diego State ended the 2015 season on a 10-game winning streak and finished 11-3 with a 42-7 Hawaii Bowl blowout of Cincinnati.

SOUTH FLORIDA: This team could emerge as Houston's biggest challenger in the American Athletic Conference. USF returns seven starters on offense and seven more on defense from a team that went 8-5 last season, a marked improvement from a 4-8 campaign in 2014. Quarterback Clinton Flowers threw 22 touchdown passes and rushed for 991 yards and 12 scores last season. Marlon Mack has led the American in rushing each of the last two seasons. He had a school-record 1,381 yards rushing last season and reached the 100-yard mark nine times.

WESTERN MICHIGAN: The Broncos are the Mid-American Conference preseason favorites according to the league's media after going 8-5 and winning the Bahamas Bowl last season. Western Michigan has a chance to make an early statement, as it visits Big Ten programs Northwestern and Illinois in two of its first three games. The Broncos have a dynamic passing combination in Zach Terrell and Corey Davis, whose 3,785 career yards receiving lead all active FBS players. Western Michigan also returns Jamauri Bogan, a 1,000-yard rusher as a redshirt freshman last season.