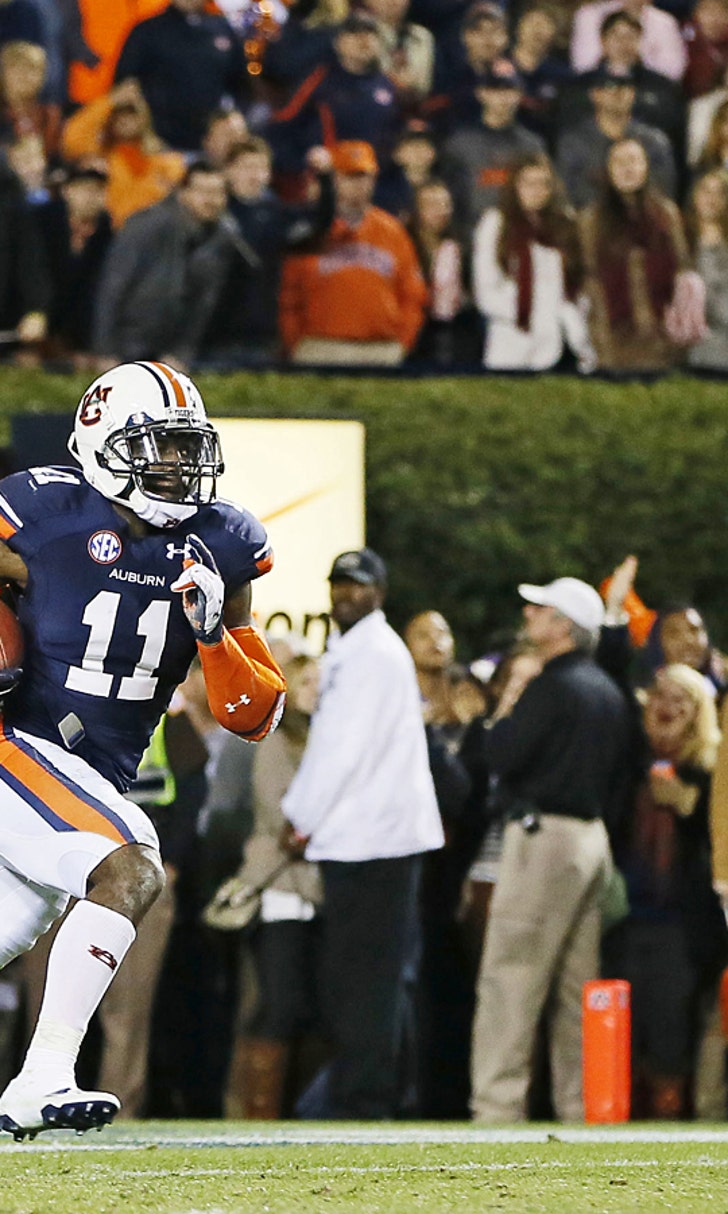 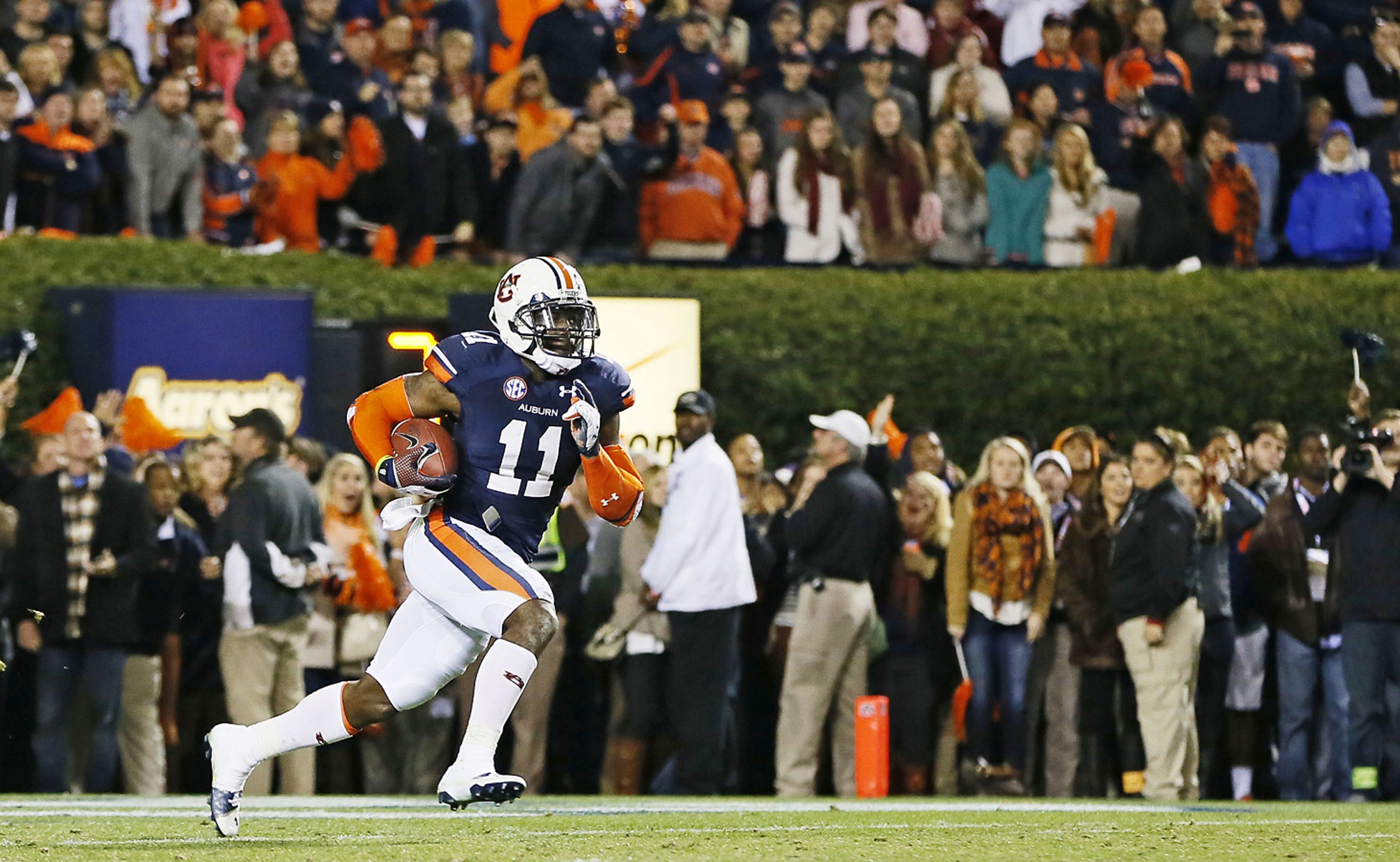 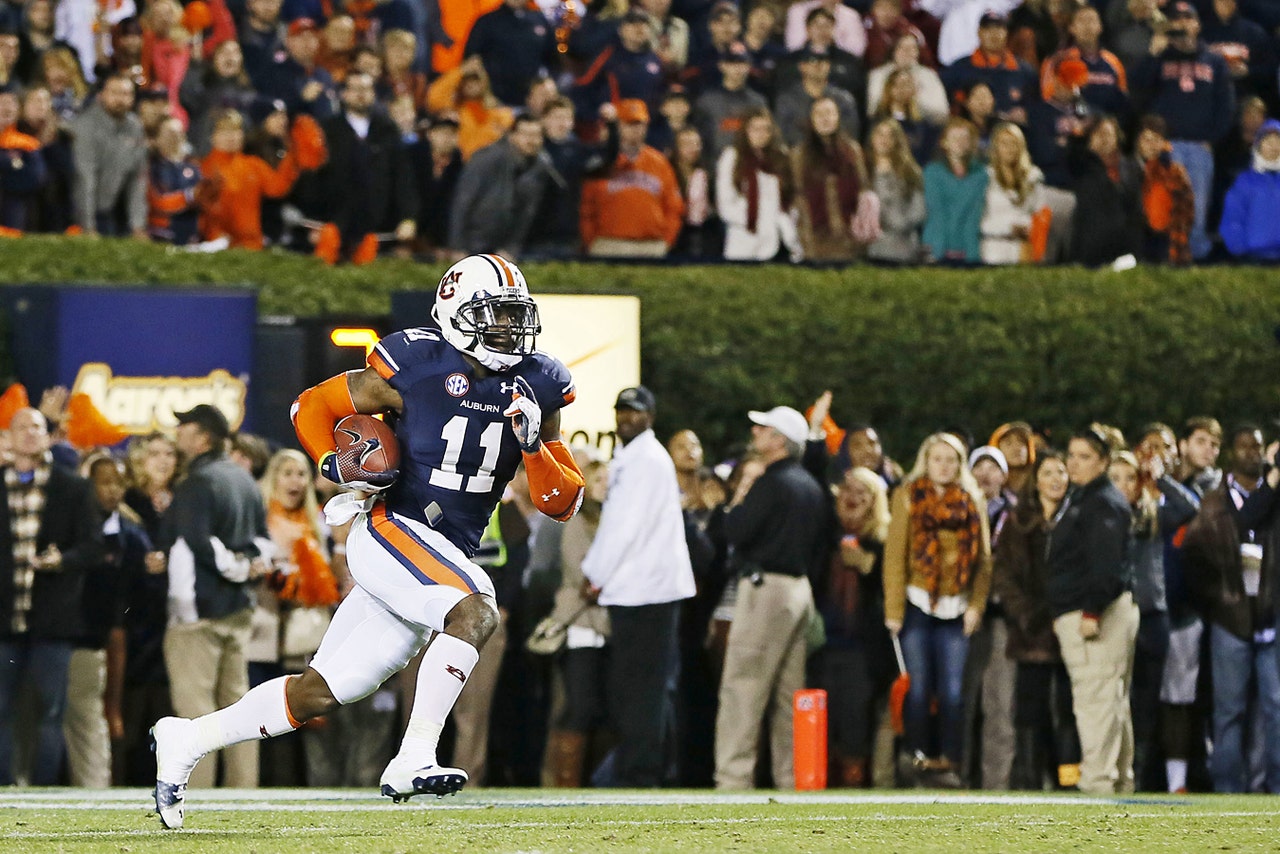 So much for the 109-yard return being a sentimental journey for Auburn's Chris Davis.

The helmet worn by Davis when he stunned Alabama in the 2013 Iron Bowl to give the Tigers a last-second victory is headed for the auction block according to a report.

Davis, who is currently on the San Diego Chargers, memorably took Cade Foster's missed field goal the entire length of the field and more to give Auburn a 34-28 victory and a berth in the SEC Championship Game.

The school has the jersey Davis wore during the game, and the report says Athletic Director Jay Jacobs was presented with the ball.

"I know there are several Auburn graduates who are big memorabilia collectors who will be bidding on this," Ken Goldin, president of Goldin Auctions, told ESPN.com.