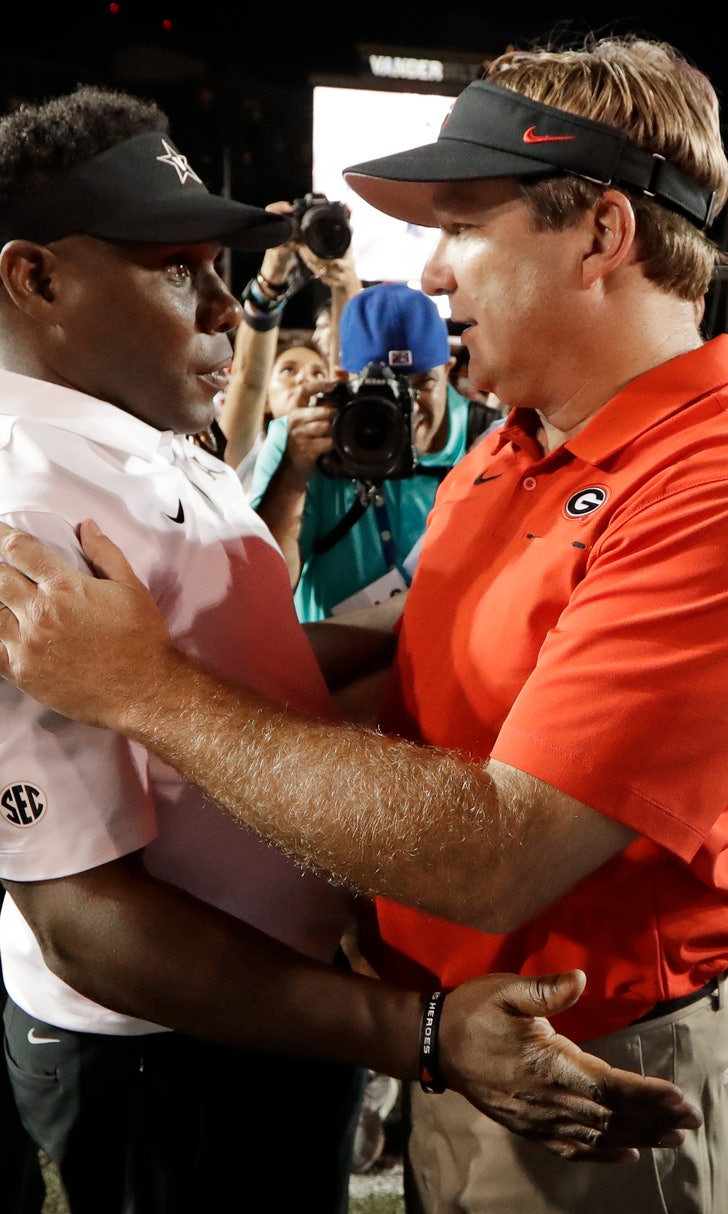 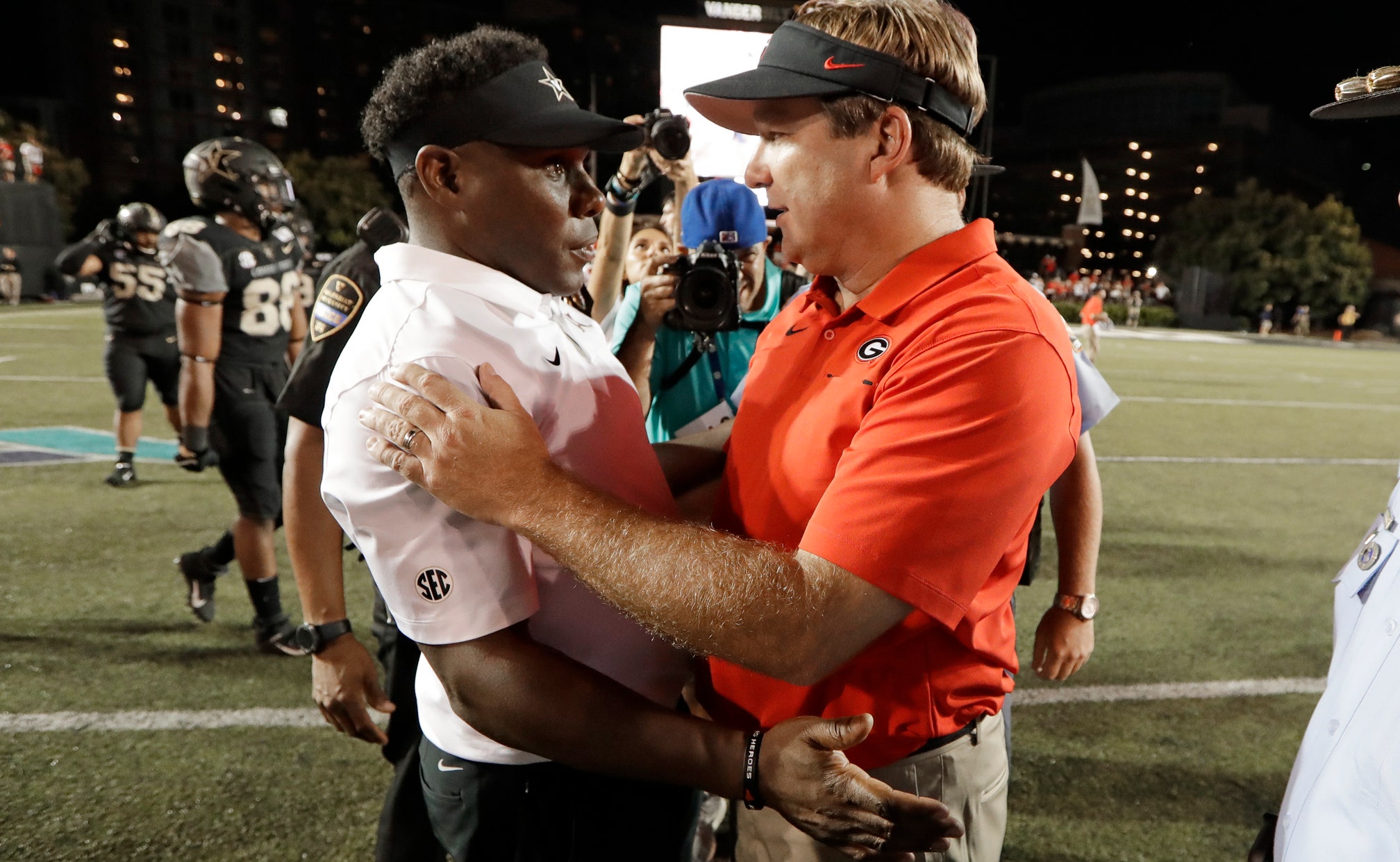 Georgia WR Jackson out up to 4 weeks with broken hand

ATHENS, Ga. (AP) — Georgia receiver Kearis Jackson will be out three to four weeks after suffering a broken hand in the season-opening victory over Vanderbilt.

Coach Kirby Smart announced Monday the redshirt freshman had "a couple of different breaks" in his hand and wrist area. Smart did not specify which hand was injured.

Jackson made his first career start for the No. 3 Bulldogs in the 30-6 victory . He had two catches but was injured on a tackle near the Vanderbilt goal line after hauling in a 32-yard pass with about 10 minutes remaining in the game.

Junior Demetris Robertson and freshman Dominick Blaylock also got time in the slot receiver position. Robertson had a team-high three catches, including a 3-yard touchdown.