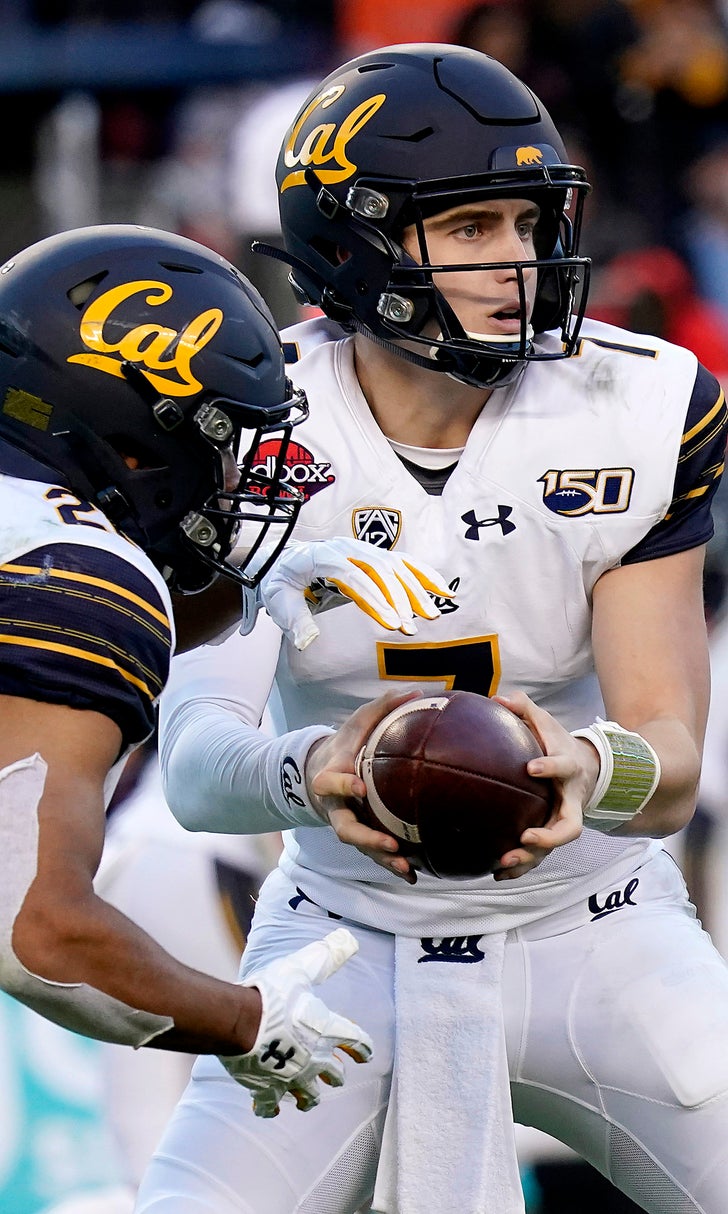 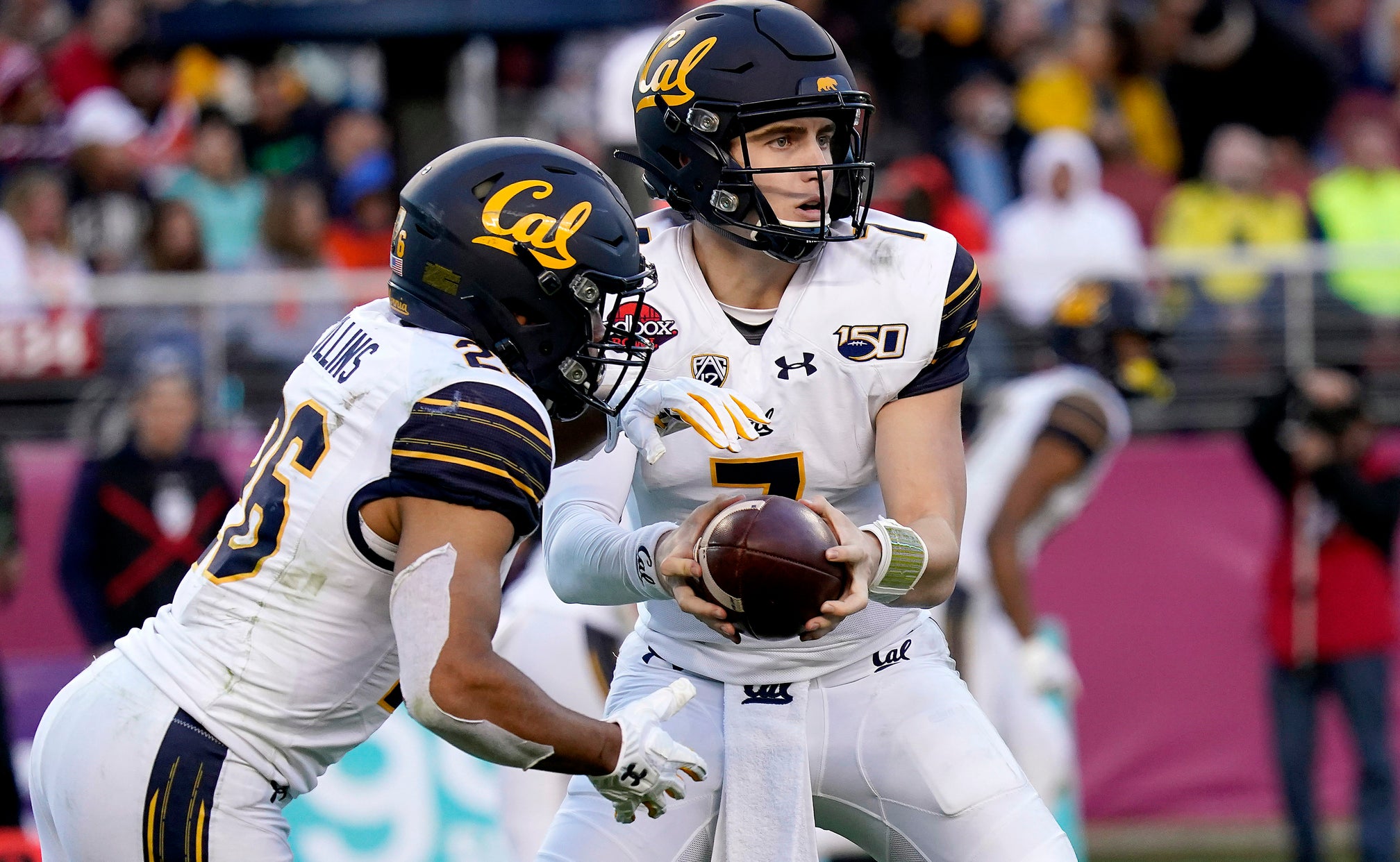 previous story
Bills believe they're better prepared for playoffs than 2017
next story
Petrusev leads No. 1 Gonzaga over Detroit Mercy 93-72

SANTA CLARA, Calif. (AP) — As a freshman a year ago, Chase Garbers was benched at halftime for ineffectiveness during his first trip to a bowl game. The California quarterback made his second appearance in the postseason much more memorable for both himself and the Golden Bears.

Garbers threw four touchdown passes and ran for another score, leading California to a 35-20 win over Illinois on Monday in the Redbox Bowl.

"He’s taken that next step and he’s worked at it, whether it’s the weight room, meetings, practice" Golden Bears coach Justin Wilcox said. "He has just continued to work at it and guys respect him because of how hard he works. It really showed today."

Garbers, who had been in and out of the lineup all season because of a shoulder injury, got going after being sacked on the first play from scrimmage and throwing an incomplete pass on the second. The offensive MVP of the game, Garbers completed 22 of 31 passes for 272 yards with TD passes of 4, 3, 2 and 6 yards. He also scored on quarterback sneak from the 1 early in the second quarter while helping the Bears set a season-high for scoring.

It was significantly different than 2018, when Garbers threw three first-half interceptions against TCU in the Cheez-It Bowl and spent the remainder of the game on the sidelines.

"It went a lot better today than last year," Garbers said. "It just speaks to the guys in our offensive room and the team and how hard we work. We knew playing Illinois there would be shots we needed to take. You just have to execute those shot plays."

The Bears won all seven games this season when the oft-injured Garbers played more than one half.

Brandon Peters passed for 273 yards and one touchdown for Illinois (6-7) in his return after sitting out the regular-season finale with a concussion. Peters, who was shaken up again after diving out of bounds following a scramble late in the fourth quarter, completed 22 of 37 passes and added a team-high 68 rushing yards.

The Illini lost despite outgaining the Bears in total yards 450-395.

“We didn’t play well enough. You have to give Cal credit for that,” Illinois coach Lovie Smith said. “Sometimes yards can be a little misleading. They got in the end zone more than we did.”

The strong showing by Garbers offset an uneven day by California’s defense.

The Bears allowed a field goal and touchdown on the Fighting Illini’s first two drives, then surrendered a late field goal before halftime.

Illinois’ offense was mostly stagnant after that, while California pulled away.

The Bears had lost three of their previous four bowl games.

California led 14-10 late in the second quarter before the teams combined for 10 points in the final 25 seconds.

After Wilcox made the decision to go for it on a 4th-and-goal, Garbers threw a short swing pass to Brown, who stiff-armed Illinois linebacker Tolson Khalan before reaching the end zone.

California: The Bears put a nice ending on their roller-coaster season with their third consecutive win. Linebacker Evan Weaver was stopped short in his bid to set the NCAA single-season record for tackles, but that was one of the few things that didn’t go Cal’s way. Garbers might have needed this game as much as anybody and it bodes well for the entire offense heading into next year.

Illinois: There was never much consistency to the offense and the secondary was repeatedly beaten for big gains, a bad combination on a day when California’s quarterback had a career game. Smith acknowledged before the game that he felt the Illini were already a year ahead of schedule, so in a way, they were playing with house money. But with three consecutive losses to end the year, much of that progress will be overshadowed.

NO RECORD FOR WEAVER

Weaver had nine tackles against Illinois, giving him 182 on the season. The record of 193 was set by Texas Tech’s Lawrence Flugence in 2002.

Illinois’ offense continually put itself in bad position with three delay of game penalties. “Two of them were my fault,” Peters said. “I just wasn’t paying attention to the play clock.”

This is Cal’s second eight-win season in the past decade. The Bears also went 8-5 in 2015 under then-coach Sonny Dykes.

California: The Bears will lose Weaver to graduation but return 18 other starters on offense and defense. They open the 2020 season against UNLV at Allegiant Stadium, the future home of the NFL’s Las Vegas Raiders.

Illinois: With almost the entire starting unit on both sides of the ball expected back next season, Smith’s team has high expectations heading into 2020. The Illini will host Illinois State in the season opener on Sept. 4.