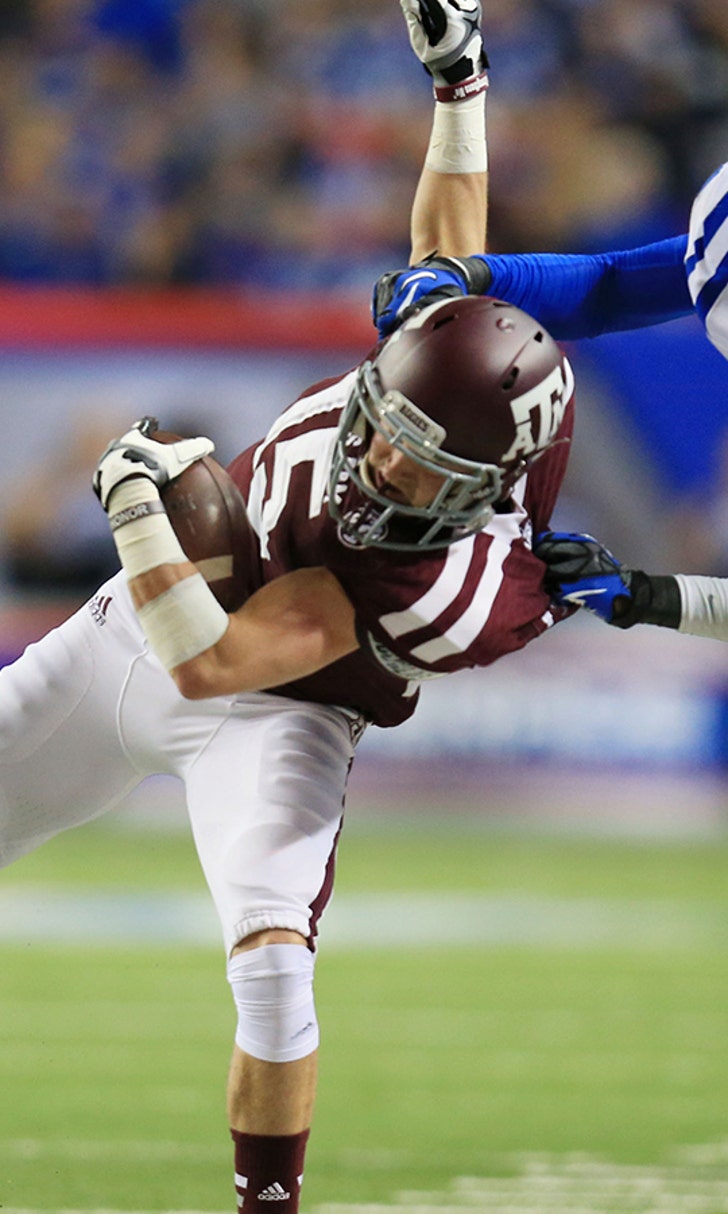 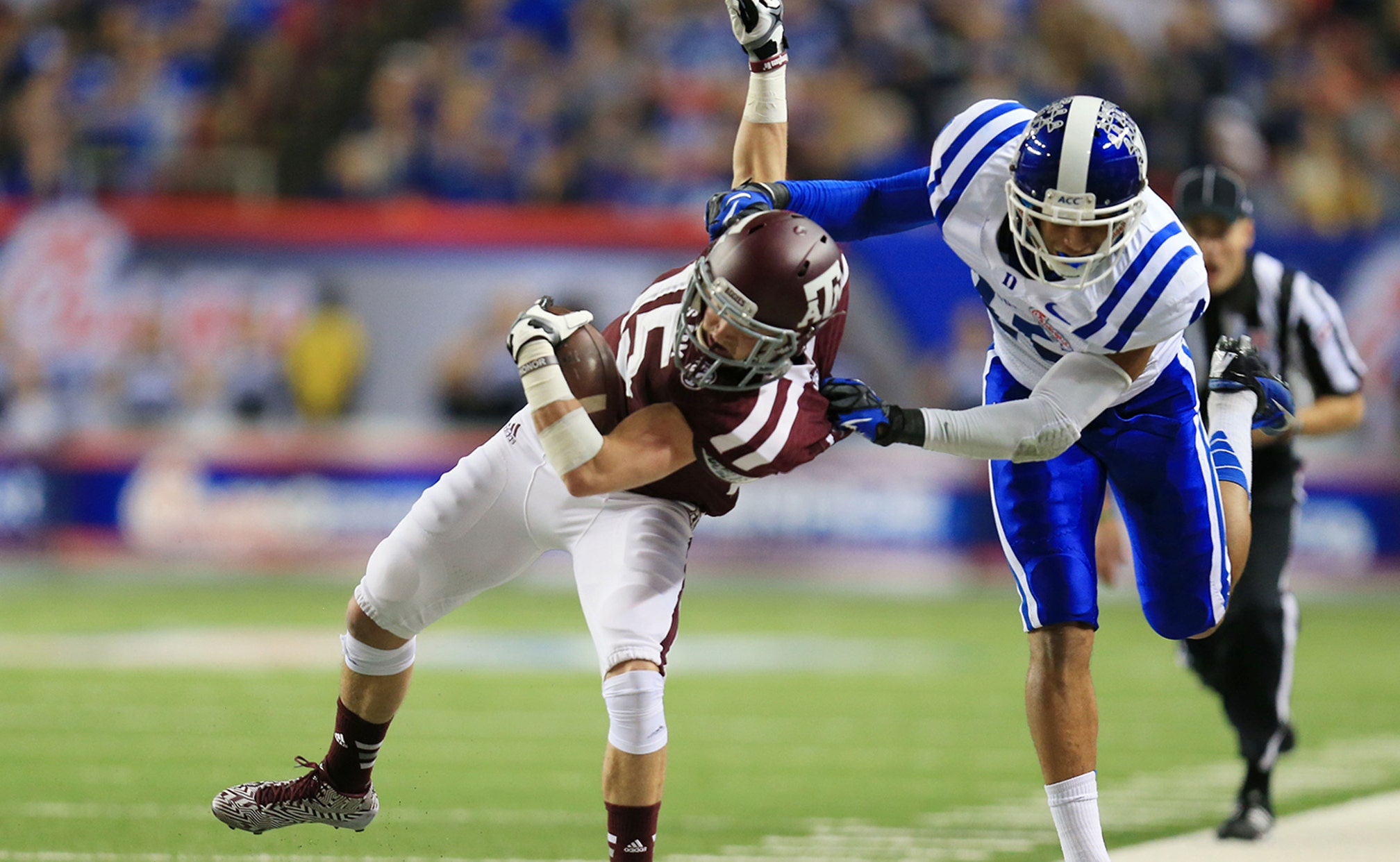 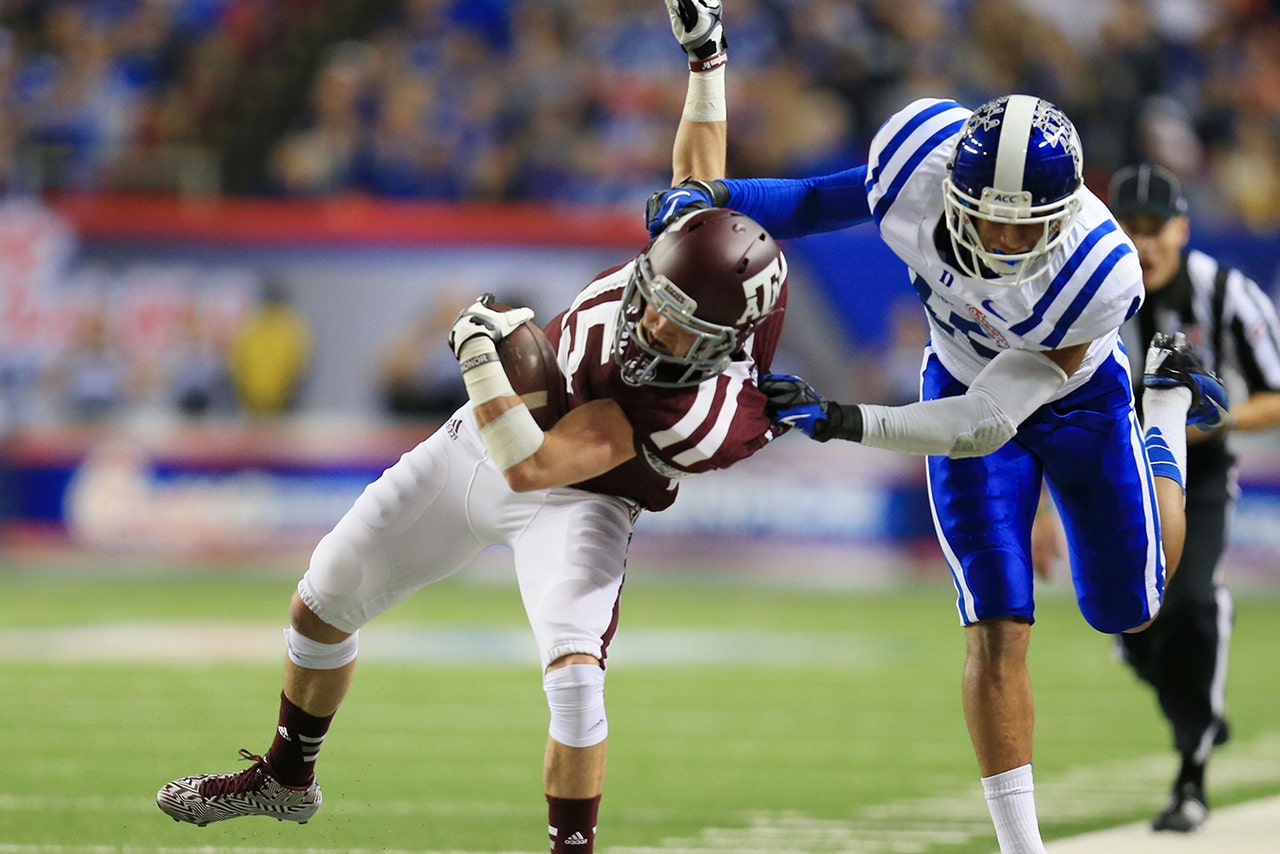 Duke safety Jeremy Cash could have entered the draft a year early, but he decided to return for his senior season. Blue Devils fans loved the decision, and the safety will, too, if he's able to cash in on his senior potential.

NFL Media draft analyst Chad Reuter listed his top 15 prospects for next year's draft, and Cash came in at No. 12 on his list. Here's what Rueter wrote about the Duke defensive back:

"The Blue Devils are looking for their first back-to-back drafts with a first-round pick in school history. Seeing Green Bay pick Damarious Randall from Arizona State as a cornerback made me believe teams will like Cash's cover skills enough to pick him on Draft Thursday. Cash (6-2, 205) might not line up outside on Sundays, but proving himself as a slot cover man during the 2015 season should help him join teammate Laken Tomlinson as an initial-round selection."

As Rueter points out, Cash still has some work to do in order to impress NFL scouts. If he can prove himself as a defender with the potential to be dynamic at the next level, there's no reason why he can't be a first-round selection in 2016.