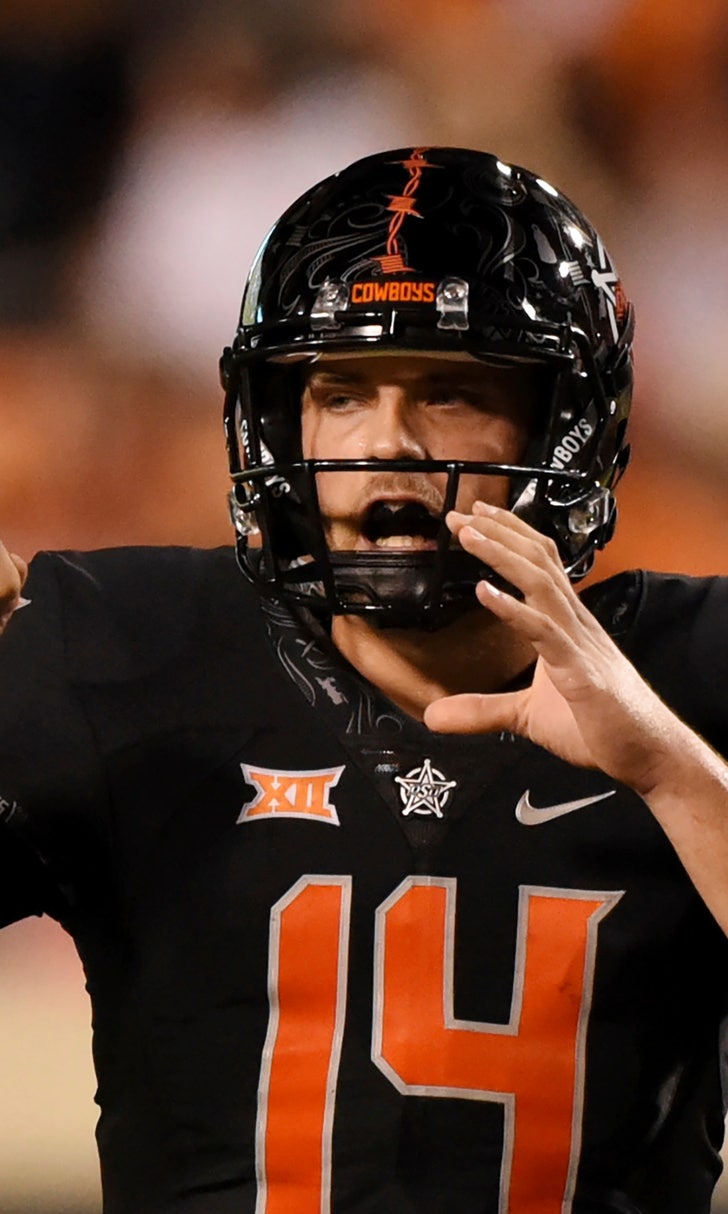 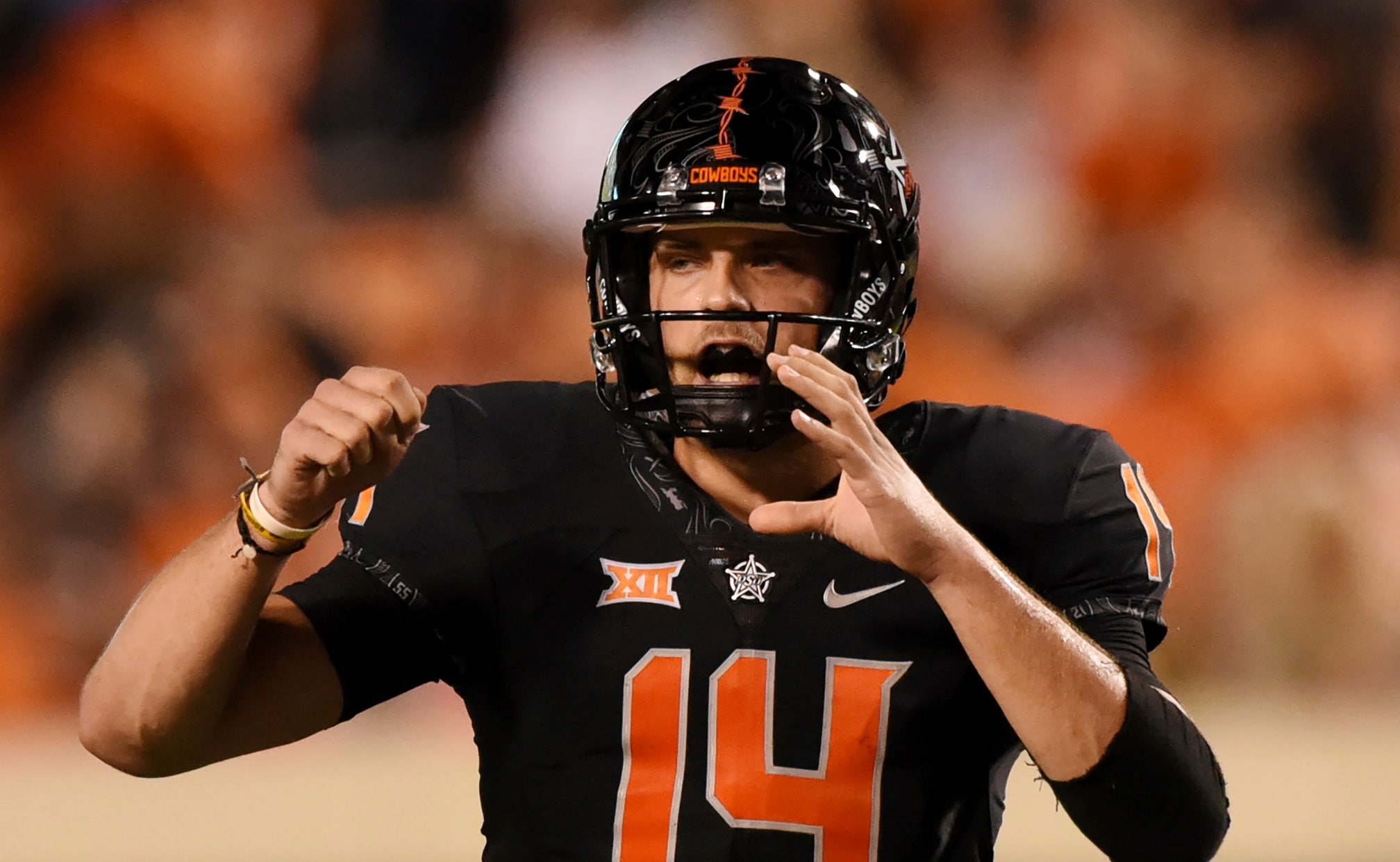 Cornelius continuing to show progress for No. 24 Oklahoma St

STILLWATER, Okla. (AP) — In his first two career starts, No. 24 Oklahoma State quarterback Taylor Cornelius has looked pretty good. He is about to face his biggest challenge yet.

Cornelius, a senior who served as the primary backup to Mason Rudolph the previous two seasons, is gaining experience and should improve as the season moves along.

"We run 80 plays a game, we play fast, lots on the quarterback, there's going to be mistakes," said coach Mike Gundy, a former quarterback for the Cowboys. "He has a high level of really quiet confidence, in my opinion, and I think we saw more of that in the last game, in that he didn't toss the ball, he threw the ball. And I think each week, he'll get a little better."

After completing 25 of 35 passes for 300 yards and five touchdowns, along with one interception, in his first career start, a 58-17 victory over Missouri State on Aug. 30, Cornelius was 25 of 40 for 428 yards and a touchdown, with two interceptions, last week in a 55-13 triumph over South Alabama.

The competition should be much stiffer on Saturday against No. 17 Boise State (2-0).

"Way more athletic," Cornelius said. "They are flying around and making big-time plays. They are known for their turnovers, trying to cause havoc over there. Good all-around defense, no doubt about it. A lot of respect for them, and we've got to be ready to go."

In his first two games, Cornelius looked poised in the pocket, connecting on both deep throws and finesse check-down throws. Gundy said he looked at the two interceptions against South Alabama, the first of which came on the opening drive of the second half with Oklahoma State leading 31-13.

"One of them, the kid just made a nice play. Sometimes, that's going to happen in our offense," Gundy said. "We throw the ball down the field, we like a one-on-one matchup, their guy went up and made a good play, caught it with one hand, so that's the style of offense we play. The other one, he just made a bad throw. The guy was open, his decision was good, and I recommended not throwing in that corner of the end zone.

"He's pretty level-headed. He's very mature and he gets it. He's going to be critical of himself. He's been here so long and he wants to play as good a game as he can, mentally. I would anticipate him getting a little better each week."

Cornelius had a somewhat optimistic outlook on how things have gone so far.

"I definitely felt more comfortable this week (against South Alabama)," said Cornelius, who had completed 15 of 24 passes for 220 yards in eight career mop-up appearances entering this season. "It's still not exactly what we wanted with two interceptions, but I felt more comfortable out there (than in Week 1) and feel good after two weeks."

Cornelius has also proven to be adept with his feet, showing an ability to scramble and still make the throw, while also breaking out for rushes of 32 yards against Missouri State and a 34-yard run against South Alabama.

"If he stays active with his legs, it could present a problem for defenses, his ability to run and get four, five, six yards, avoid a sack, and then his arm is strong enough to throw the ball down the field," Gundy said. "We think that's an advantage for us. That will improve the more he plays. You're so much better after you've played 500 plays in live action than you are just going through practice."