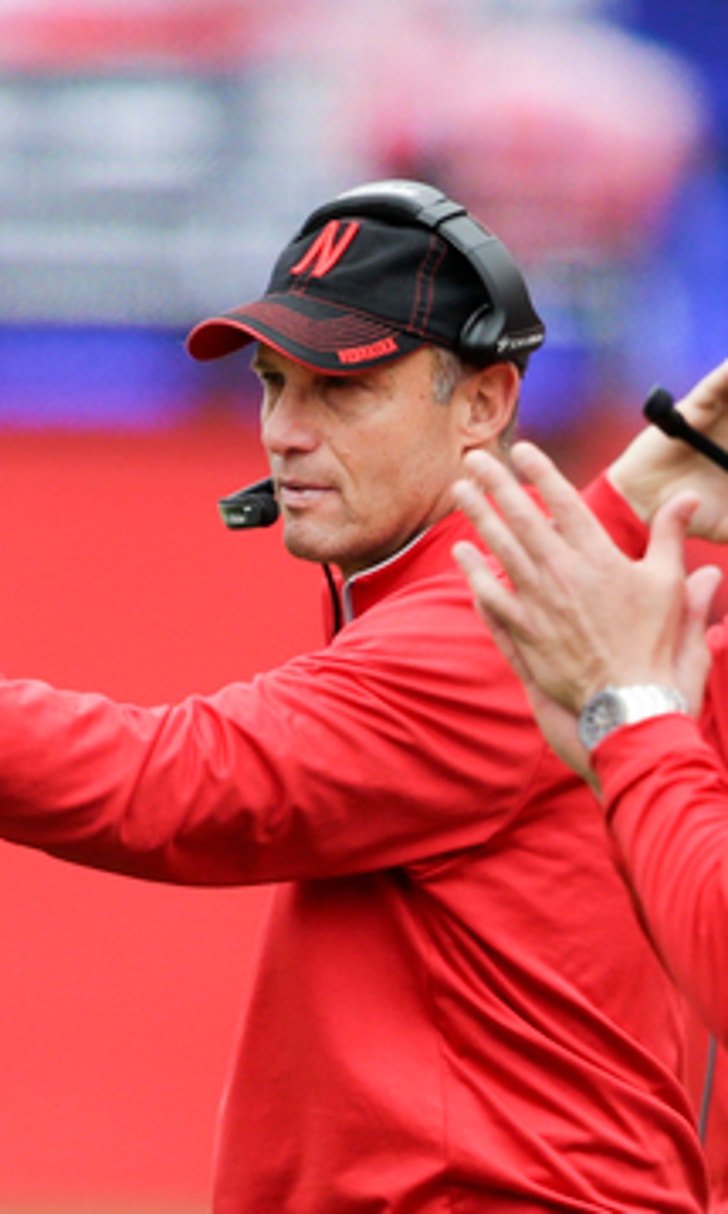 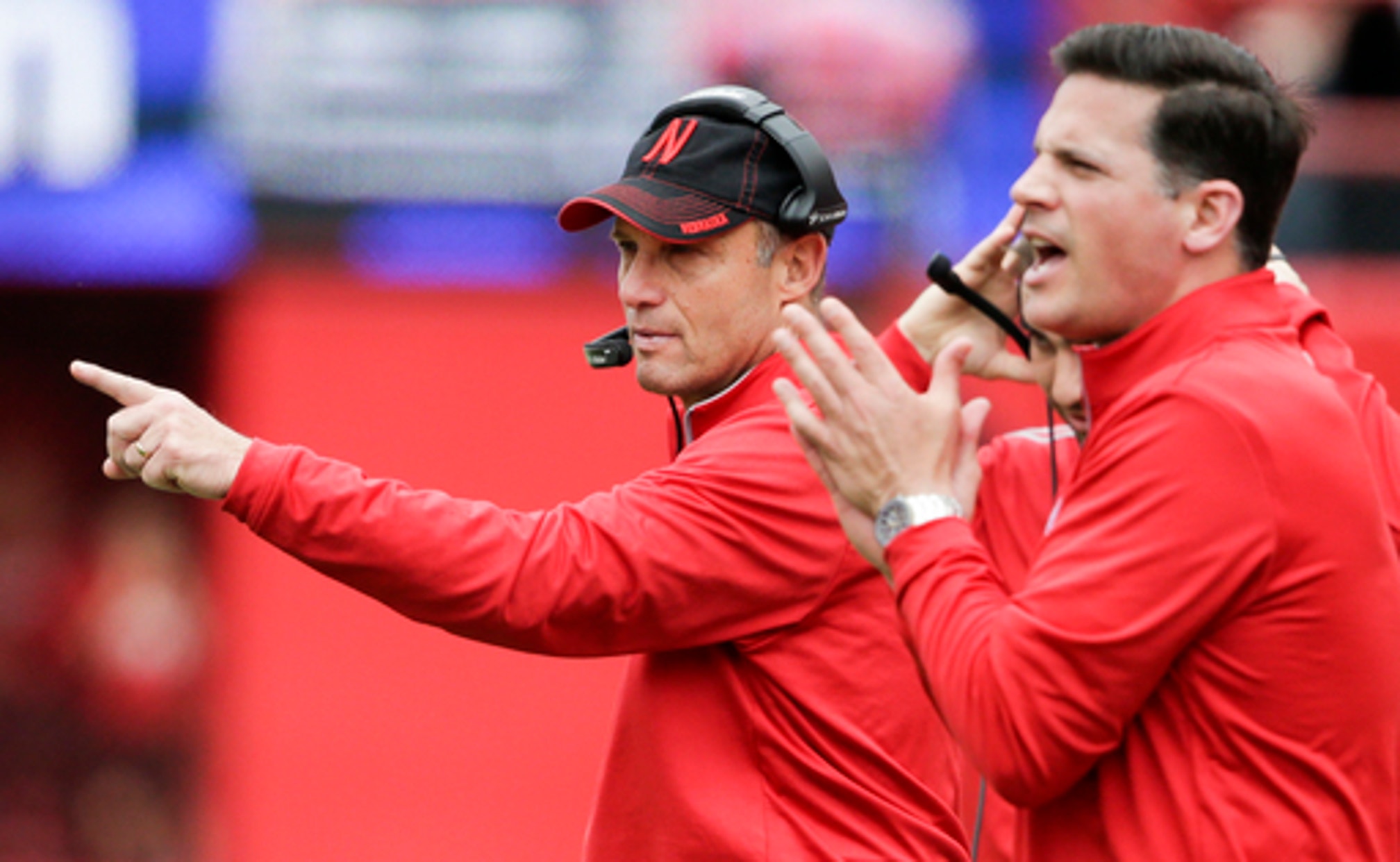 LINCOLN, Neb. (AP) Nebraska's switch to the 3-4 defense was not solely motivated by the ''if you can't beat them, join them'' idiom.

It's true the Cornhuskers have been chasing Wisconsin in the Big Ten West for three years, and coach Mike Riley and the rest of college football have witnessed the Badgers' defensive dominance that started when Dave Aranda brought the three-man front to Madison in 2013.

Riley said he has been intrigued for decades by the problems the 3-4 can cause for an offense, but his longtime defensive coordinator Mark Banker always preferred the four-man front. Riley fired Banker after the Huskers' poor finish in 2016, and when 3-4 guru Bob Diaco became available after getting fired as Connecticut's head coach, Riley went after him hard.

This season Nebraska is among a half-dozen major programs that have dumped the four-down lineman, three-linebacker alignment in favor of the 3-4.

''We've got to go play a game and see how it all looks,'' Riley said, ''but the process has been exciting to watch.''

Wisconsin was a top-20 defense in the 4-3 in the four years before Aranda arrived as defensive coordinator. The Badgers were top 10 each of his three years. Aranda left for LSU last year, and the Badgers were seventh in total defense in Justin Wilcox's only year as coordinator. His successor, Jim Leonhard, is expected to have one of the Big Ten's top defenses again.

There are other 3-4 success stories. Colorado, which had one of the country's worst defenses in 2014, made the switch under coordinator Jim Leavitt and ranked first in the Pac-12 two years later. Leavitt now hopes for a similar turnaround at Oregon, which had the third-worst defense in the country in 2016.

The 3-4, and its close relative, the 5-2, were the game's most popular defenses for decades until Miami revolutionized the sport in the mid-1980s with four-man fronts, smaller linebackers and speed all around.

Associated Press research found that 48 of the 68 power-five conference teams and FBS independents still use the four-man front as their primary alignment.

''There are some issues about the 3-4 that may make it more popular as we move forward,'' said Big Ten Network analyst Gerry DiNardo, who has been a head coach at Vanderbilt, LSU and Indiana. ''I think we are going to trend in that direction.''

The 3-4 helps in recruiting because linebackers are more plentiful than athletic defensive linemen, and Riley noted that those linebackers are more versatile in special-teams roles. Schematically, the 3-4 challenges offenses because with four linebackers, quarterbacks are left to guess from which direction the pass rush will come more so than when facing a 4-3.

The 3-4 also can be effective against run-pass option plays. On those, the offensive line blocks for a run and the quarterback looks to see if the strong safety is coming up to defend the run or sitting in pass coverage. If the strong safety plays the run, the QB can hit a receiver on a slant. The advantage of the 3-4 over the 4-3 on those plays is that even if the strong safety bites on the run, there are still as many as four linebackers in the passing lanes.

Switching to the 3-4 is not like flipping a switch. Diaco, who was defensive coordinator for Notre Dame's 2012 unit that ranked seventh nationally, has had to move a few returning players into new positions, and his charges have had to learn new terminology, fundamentals and how to think about playing the scheme.

''Game experience is invaluable,'' Diaco said. ''As you gain game experience, you can't help but get better and better. It's so much better than all the practices. Practices are great, but playing in the games is priceless. The evolution of the defense is going to be profound.''

Though Wisconsin's defensive numbers improved in its first year in the 3-4, immediate success is not promised. DiNardo said it can take a number of recruiting cycles to get the right number of defensive linemen and linebackers on the roster. He said the move is as dramatic as an offense going from the I-formation to the spread or from the spread to the wishbone.