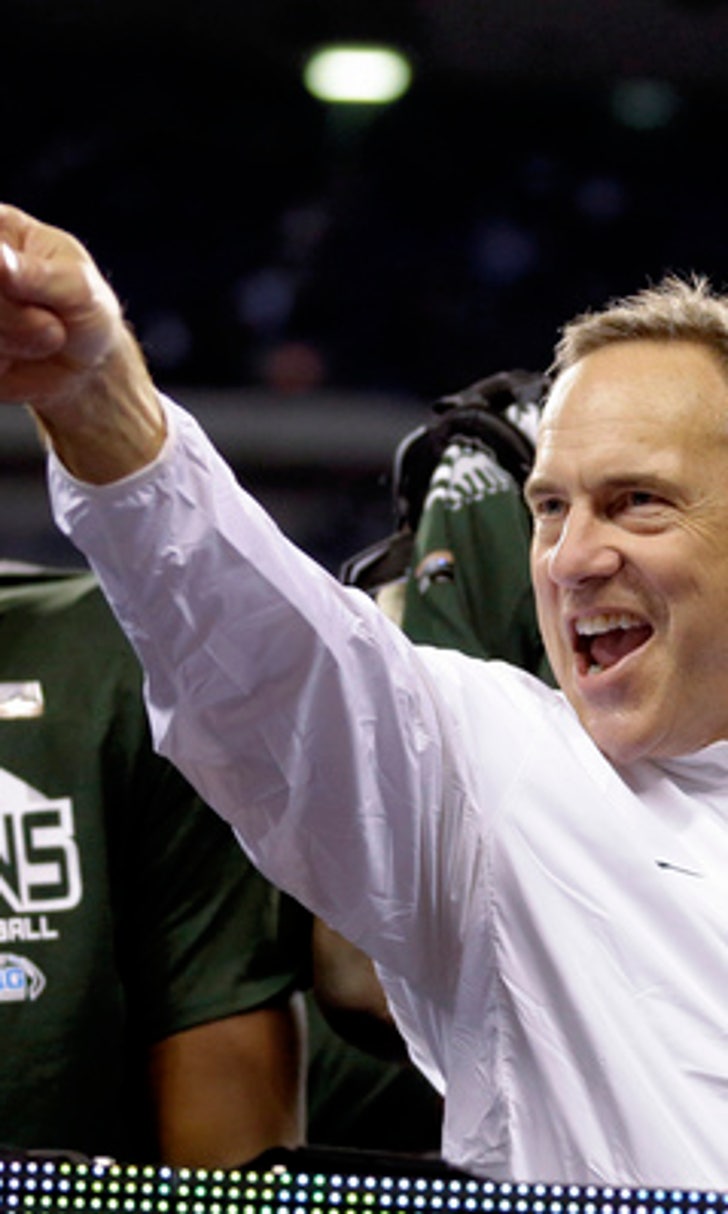 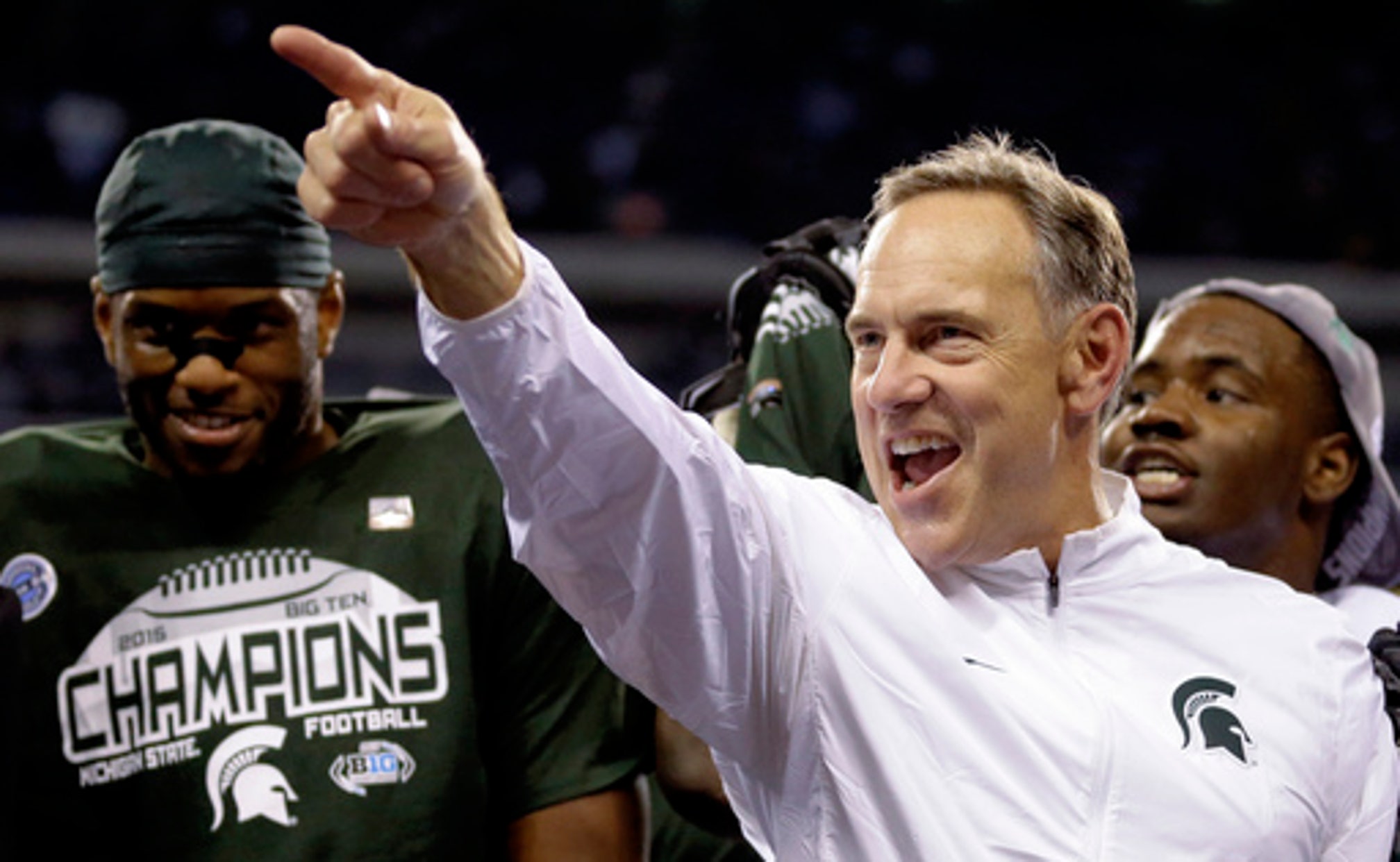 Big Ten East loses top stars, but new ones are set to emerge 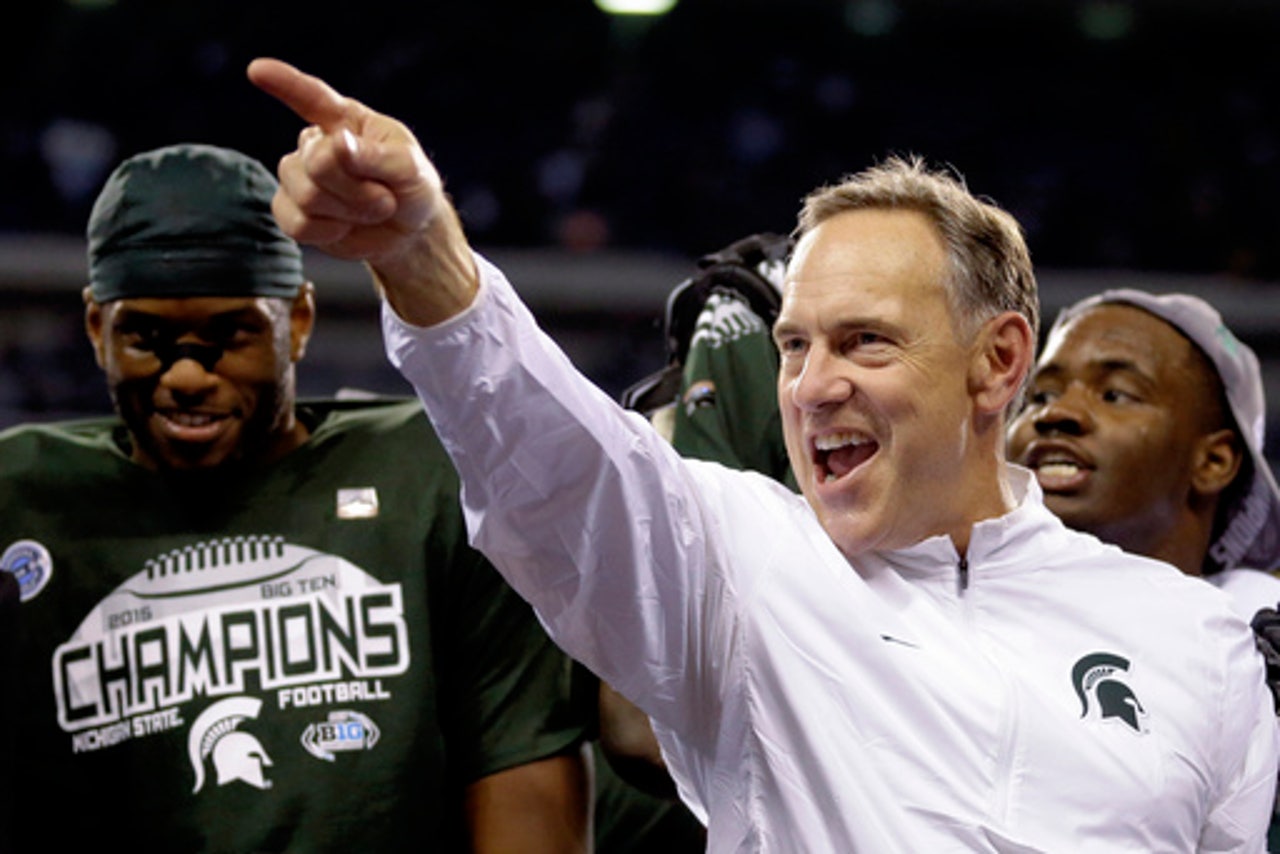 With no less than a half-dozen potential NFL first-round draft picks and a bevy of other stars gone from Michigan State and Ohio State, the gap between the top and bottom of the Big Ten East would figure to shrink this fall.

That won't necessarily be the case, coaches said Thursday.

The defending champion Spartans must replace eight starters on offense, including three-year starting quarterback Connor Cook, and nearly half its defense. Joey Bosa, Ezekiel Elliott and Eli Apple are among 16 starters who are gone from Ohio State, but Urban Meyer never seems to have a problem bringing in new talent.

''Right now Ohio State is the Cadillac of college football, not only in the Big Ten East,'' said first-year Rutgers coach Chris Ash, who was the Buckeyes' defensive coordinator the past two seasons. ''To say right now there's going to be more balance in the Big Ten East, I don't know if that'll be the case or not. Time will tell. There were a lot of good players on teams in the East who are gone and have an opportunity to play in the NFL, and we'll see how that affects certain teams.''

Michigan State coach Mark Dantonio isn't fazed by his personnel losses. Tyler O'Connor, who led the Spartans' upset at Ohio State, is the front-runner to take over for Cook. Dantonio said he is hopeful a defense ranked among the top 25 is even better in Harlon Barnett and Mike Tressel's second year as co-coordinators.

''Our goal is to go back-to-back,'' Dantonio said. ''It goes through the East nowadays, and it starts from day one.''

What we know: Standout DL Malik McDowell is working at both tackle and end this spring. LBs Riley Bullough and Ed Davis, who's returning from a devastating knee injury in preseason practice, are back, and the secondary is experienced.

What we don't know: Tyler O'Connor and Damion Terry get first crack at replacing QB Connor Cook, and the Spartans need new receivers to step up. Keep an eye on freshman early enrollee Donnie Corley, a receiver who's destined to play some on defense as well. WR Cam Chambers, another early enrollee, also looks promising.

Coach Mark Dantonio says: ''We have young players but they're talented. We have good recruiting class coming in, seven are on campus. That gives them extra stride ... that will pay dividends for them in the fall.''

What we know: J.T. Barrett will be the starting quarterback. Pat Elflein will move to center after earning all-conference honors at right guard. Star DE Tyquan Lewis is back and probably will bookend with Sam Hubbard, the front-runner to replace Bosa.

What we don't know: Though the Buckeyes always have ample talent on hand, the question is what the defense will look like minus eight starters from a year ago and a new coordinator in Greg Schiano. A No. 1 RB must emerge to replace Ezekiel Elliott.

Coach Urban Meyer says: ''Whatever was going on when everyone was hammering us four years ago (about the Big Ten's strength), I don't hear it now.''

What we know: The defense was among the nation's best in 2015. The unit brings back six starters and might be even better once the No. 1 national recruit, DL Rashan Gary, arrives. Jake Butt can make a case for being the best TE in the country, and De'Veon Smith is a dependable RB.

What we don't know: The quarterback competition between Houston transfer John O'Korn and Wilton Speight will extend into the fall after Speight turned in an impressive performance in the spring game. Speight's resume includes coming off the bench to throw the go-ahead TD pass in a dramatic win at Minnesota.

Coach Jim Harbaugh says: ''It's (the QB race) to be determined still. It means a lot to all of them.''

What we know: There are new offensive (Joe Moorhead) and defensive coordinators (Brent Pry) and a youthful roster. Saquon Barkley will look to build on a 1,000-yard freshman season. Chris Godwin is the Big Ten's top returning receiver.

What we don't know: Trace McSorely, Tommy Stevens and early freshman enrollee Jake Zembiec are vying at QB. McSorely appeared in seven games as a redshirt freshman. Zembiec might have the highest ceiling after being a prestigious Elite 11 finalist.

Coach James Franklin says: ''There are so many signs and so many great things heading in the right direction for this program and getting back to the Penn State that everybody wants to see on Saturdays.''

What we know: All-America offensive lineman Dan Feeney's decision to return to school instead of going pro is a big bonus. Zander Diamont has experience at QB but is being pushed by junior-college transfer Richard Lagow.

What we don't know: Tom Allen, the third defensive coordinator in Kevin Wilson's five seasons, will see if he can coax improvement from a unit that has been awful and must replace eight starters.

Coach Kevin Wilson says: ''Our team is the strongest, best we've looked. A long way to go, but we've had a positive spring.''

What we know: The return of two-time team captain and DL Darius Hamilton from a season-ending injury provides a big boost up front, but the Big Ten's second-to-worst defense needs lots of improvement at linebacker and in secondary.

What we don't know: The Scarlet Knights are switching from pro-style to power spread, and it's a mystery what the offense will look like with Chris Laviano or another QB in charge. Someone must pick up the slack for departed star WR Leonte Carroo,

Coach Chris Ash says: ''It's good days, it's bad days with all those quarterbacks. Right now we're looking for more consistency from that position.''

What we know: Will Likely is one of the nation's most dynamic players as a return man and defensive back. Will Brown, Ty Johnson back and Virginia Tech transfer Trey Edmunds should help the ground game.

What we don't know: Perry Hills and Caleb Rowe struggled with interceptions, and it's unclear who'll be the starter. The defensive line is a big question following the Yannick Ngakoue and Quinton Jefferson declaring for the NFL draft.

Coach D.J. Durkin says: ''We still have a ways to go, but we've gotten better. These guys are very willing to do what we ask them to do and we just have to keep working.''