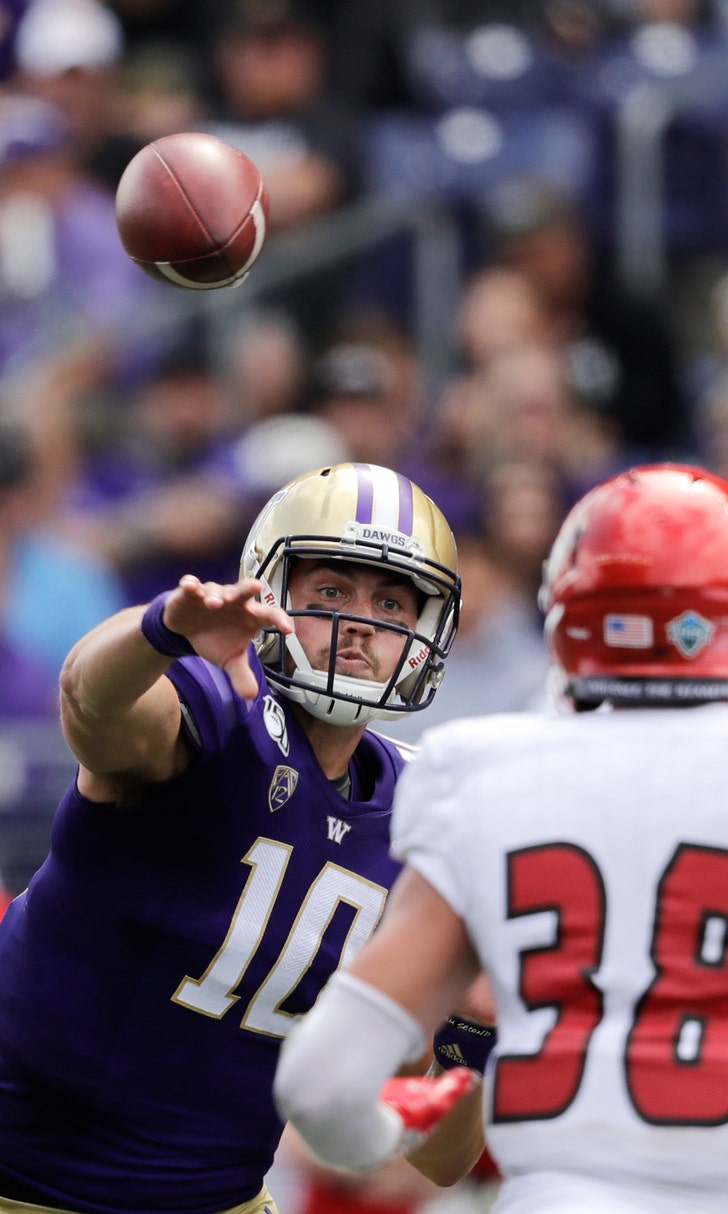 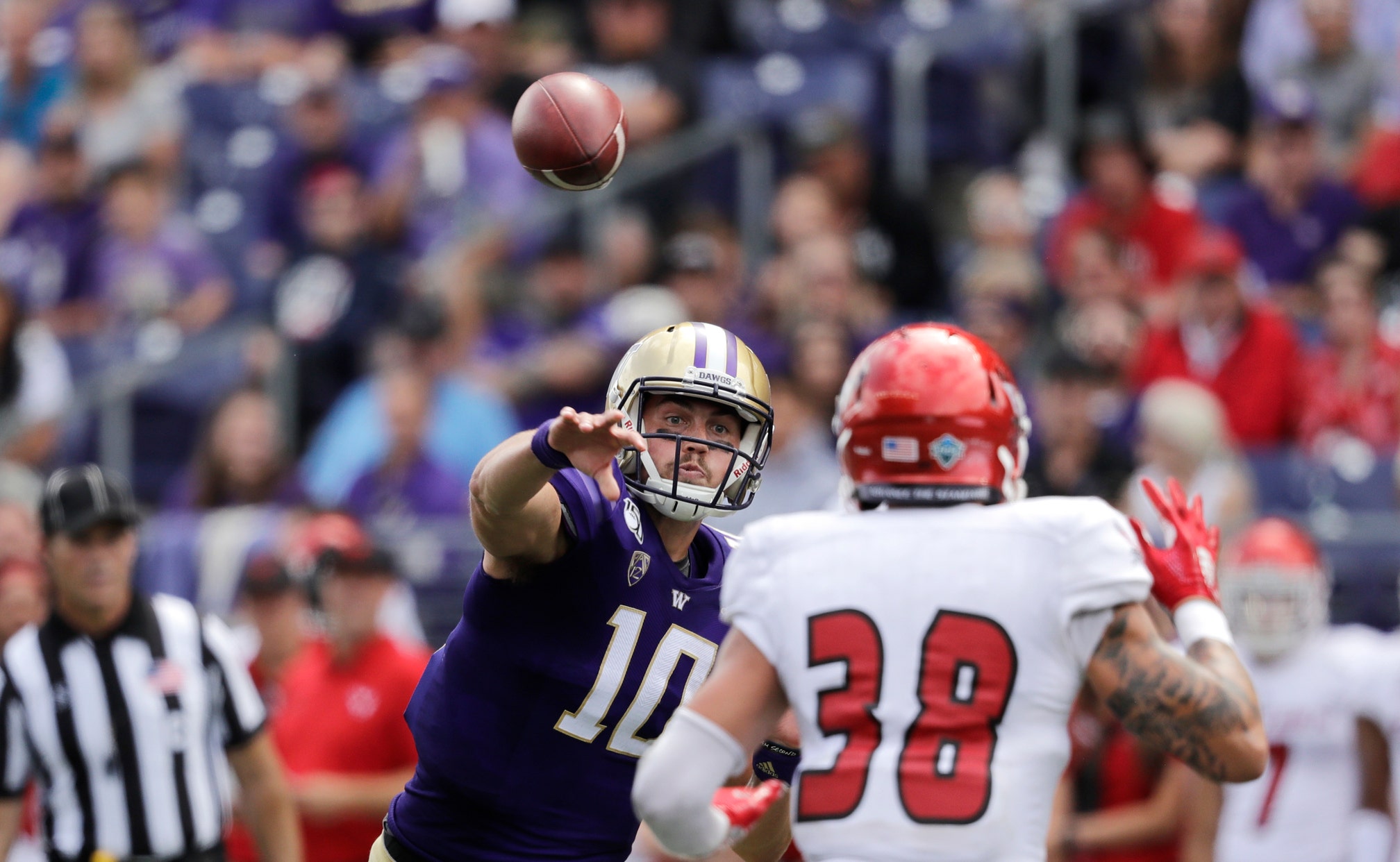 SEATTLE (AP) — On the way to winning the Pac-12 Conference title and playing in the Rose Bowl a year ago, there was one miserably forgettable night for Washington.

It came facing California. And while it still seems like the 12-10 loss was an outlier, the last person to undersell what happened is Chris Petersen.

"I think the one thing is people on the outside don't realize how good Cal is on defense," Washington's head coach said. "They don't. That's the bottom line."

Petersen's crew will get a chance at a bit of redemption Saturday night when the 14th-ranked Huskies host the Golden Bears in an early Pac-12 matchup that could have future ramifications. California (1-0) sputtered through its opener, finally pulling away for a 27-13 win over UC Davis. Washington (1-0) looked fantastic unveiling Jacob Eason at quarterback and overwhelming Eastern Washington 47-14.

But those were both warmups against FCS-level opponents. From the perspective of Cal coach Justin Wilcox, the Bears cannot afford to be as sloppy as they were in the opener, which included four turnovers.

Eason's debut could not have gone much better but the challenge will be far tougher facing the Bears. Eason threw for 349 yards — the most ever by a Washington QB in his debut — and four touchdowns in the romp over Eastern Washington. The Huskies also spread the wealth: eight different receivers caught a pass from either Eason or backup Jacob Sirmon.

"I think he took what the defense gave him. I think he just kind of stayed within the reads and kind of went there," Petersen said.

Cal's offense leaned heavily on running back Christopher Brown Jr. in the opener. Brown ran 36 times for 197 yards, the most yards rushing by a Cal player in his first start in school history. Another good game from quarterback Chase Garbers would help as well after he threw for a career-high 238 yards last week.

"We were just trying to find that identity last year, just searching for it, trying to make plays here and there," Cal center Mitchell Saffell said. "When you're winning 15-14 it's hard to carry a lot of confidence into the next week. That's what we're really trying to do this year, get some momentum going. We did a great job last week in the run game, and then you saw it in the passing game, hitting some big plays where last year those might not have been there."

Other things to watch when the Bears and Huskies meet:

Cal linebacker Evan Weaver was responsible for the only touchdown in last season's victory when he returned an interception 37 yards for a score. He opened the new season last week with 11 tackles against UC Davis.

It's clear the native of Spokane, Washington, is not a fan of the Huskies.

While answering a question about Cal's defensive performance after last week's win, Weaver said, "Right now it's not looking good. But we'll get it right. Then we'll fly up there and we'll beat them. That's what we do. We win games. We figure it out."

Eason is not likely to find as many opportunities facing a Cal secondary returning five starters. So it will be important for Washington's run game to get started.

There was mixed results in the opener.

Unheralded redshirt freshman Richard Newton had a fantastic debut, rushing for 91 yards and a touchdown. The Huskies ran for 200 yards as a team and averaged 4.6 yards per carry. But there was a bit more expected from starter Salvon Ahmed, who was making his first start after the graduation of Myles Gaskin, the school's all-time leading rusher. Ahmed rushed for only 44 yards and averaged less than 3 yards per carry.

California limited UC Davis to 83 yards on the ground in the opener.

Washington could be without preseason All-American center Nick Harris after he suffered a leg injury in the opener.

Harris appeared to hurt his left knee in the first quarter against Eastern Washington and Petersen has said he's week-to-week. Matteo Mele took over for Harris and played well, although there was some inconsistency with the snaps to Eason.