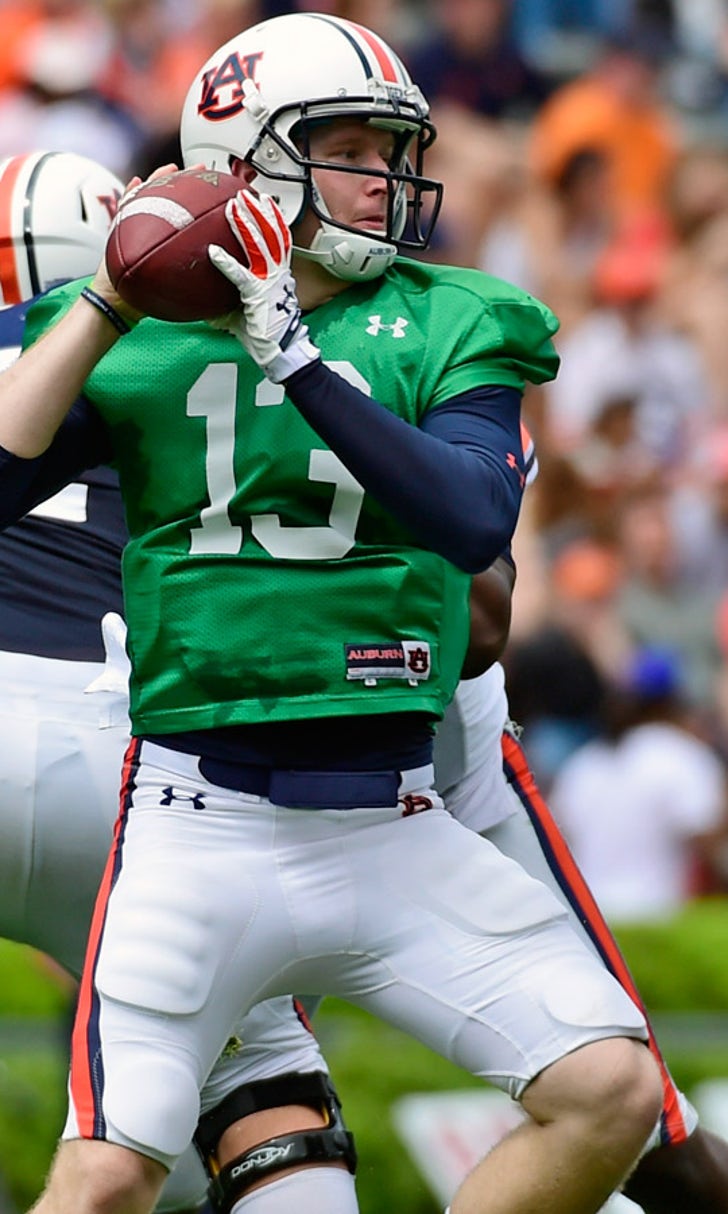 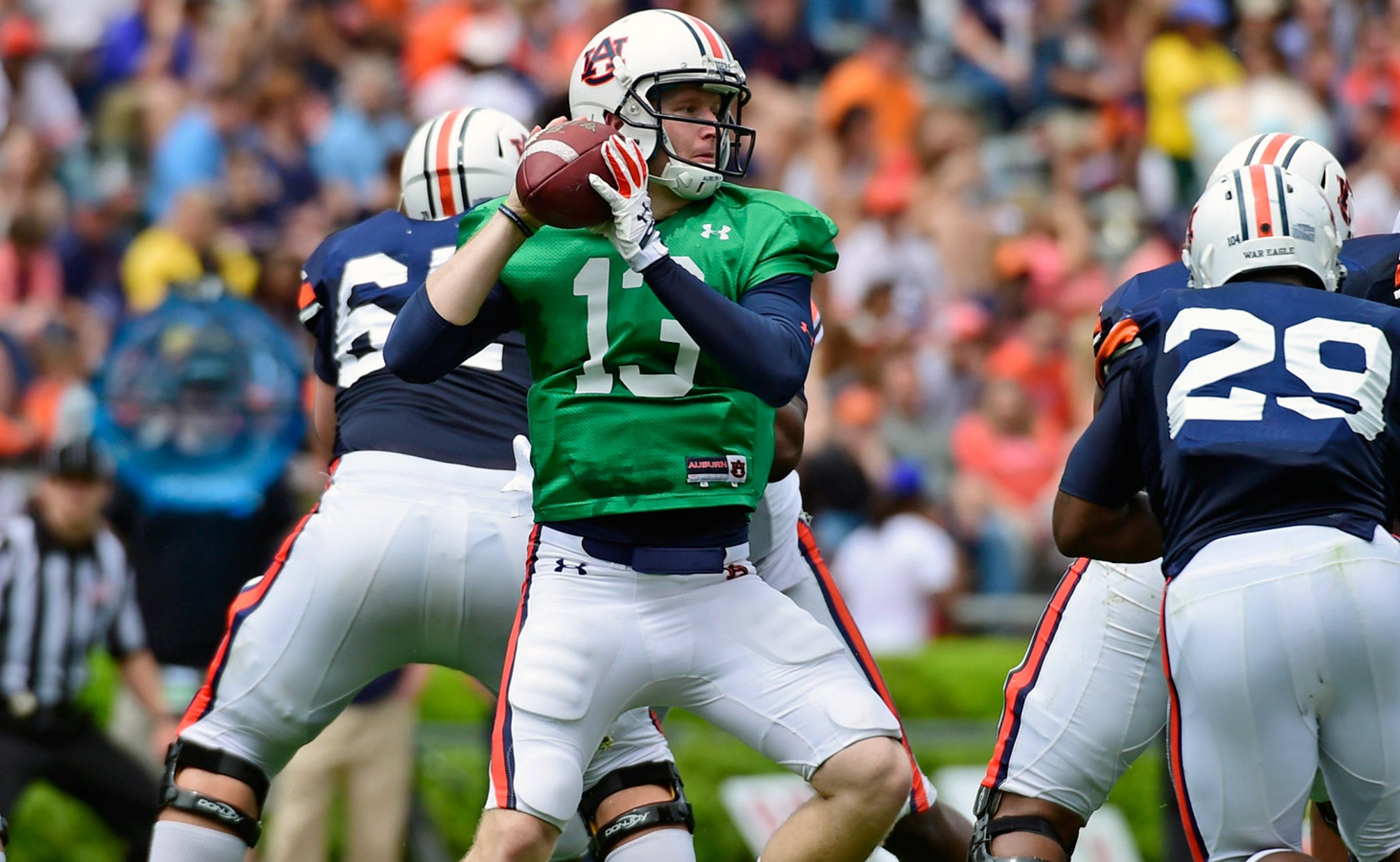 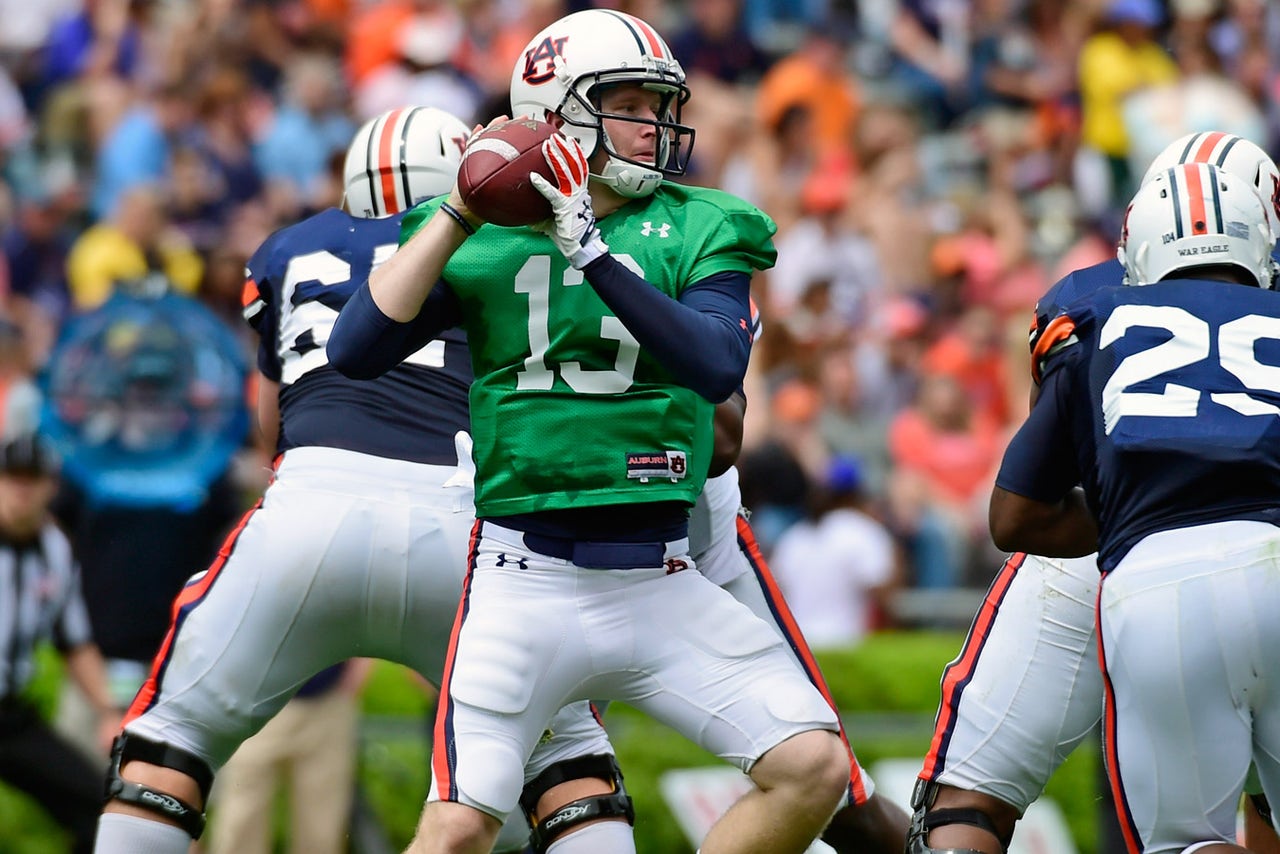 Expectations will be very high for the Auburn Tigers heading into the season. With the addition of Will Muschamp to help correct the defensive shortcomings and the expected growth and development of junior Jeremy Johnson under center, many will pick the Tigers to win the West.

What happens if Johnson gets hurt or doesn't live up to the hype, he's currently listed at 20/1 to win the Heisman Trophy, will that derail the Tigers' season?

If you ask Auburn coach Gus Malzahn, he believes redshirt freshman Sean White will be ready to step in if necessary. Malzahn recently spoke with Everything Alabama to discuss his talented backup quarterback.

"He pressed him," Malzahn said. "He brought out the best in Jeremy. Jeremy Johnson is our starter but we want Sean to come along like Jeremy did to like a 1, 1A, where the stress level, if something happens to Jeremy, we feel comfortable putting him in the game. After spring I felt a real good comfort with that."

White comes to Auburn after achieving some lofty accolades, as he was the Under Armour All-American Game MVP, as well as Elite 11 QB Camp MVP his senior season in high school.

While White may have been unable to win the starting job this spring, don't be surprised to see Auburn get him on the field to gain his first reps at the collegiate level.

"You don't have to tell Sean to put more trajectory on it," Malzahn said. "He just knows it and he can deliver the football, and he knows when to take something off, when to throw it hard. He has the it factor as far as throwing the football from the quarterback position."

Could it be possible that the two best quarterbacks in the Yellowhammer State suit up for Auburn in 2015?