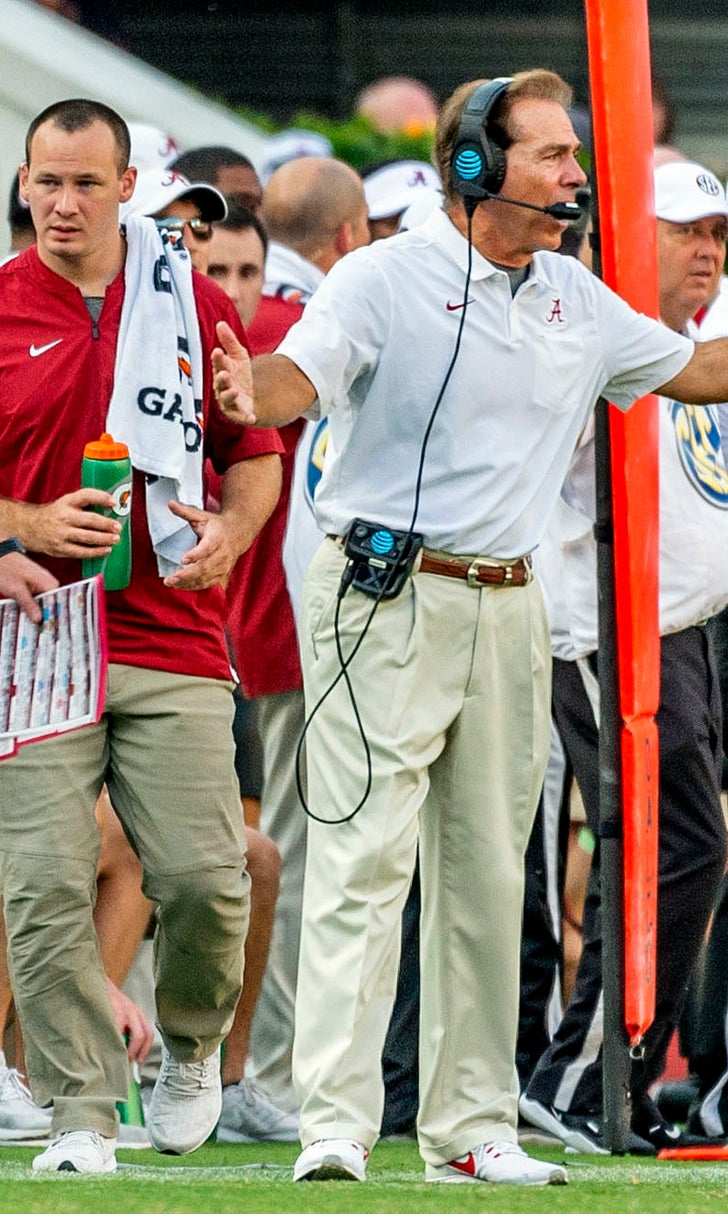 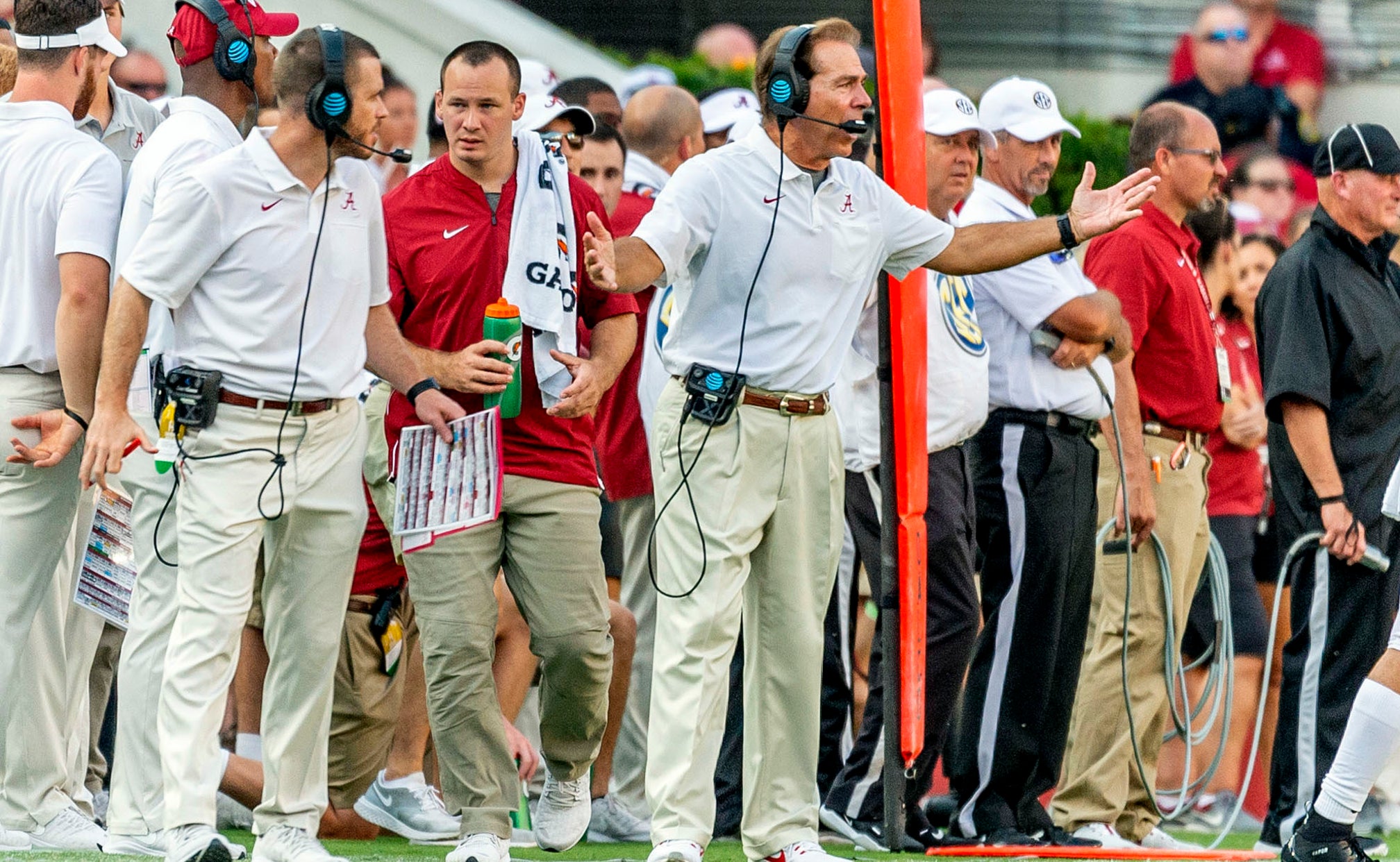 TUSCALOOSA, Ala. (AP) — Alabama officials have found an opponent they can't beat: The September heat.

University President Stuart R. Bell and athletic director Greg Byrne issued a joint statement Monday complaining that the Southern Miss game on Sept. 21 has been set for 11 a.m. Central. The Crimson Tide just held a sparsely attended game against New Mexico State with a mid-afternoon kickoff and temperatures of about 95 degrees.

The statement says Alabama has played more nonconference day games at home in September since 2014 than any other SEC team. Byrne and Bell say they've "had a number of conversations with" Southeastern Conference officials.

The game is set to be televised on either ESPN or ESPN2.

Crimson Tide coach Nick Saban said earlier Monday he hopes the administration will keep trying to get such games scheduled at different times.