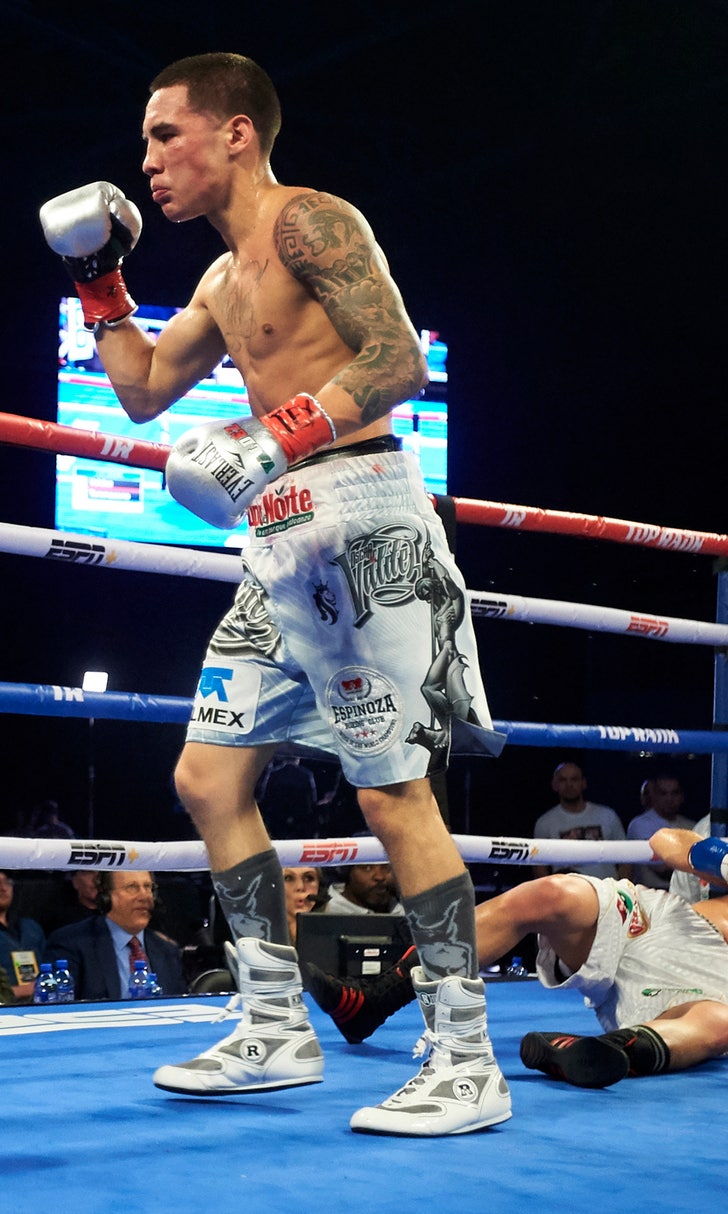 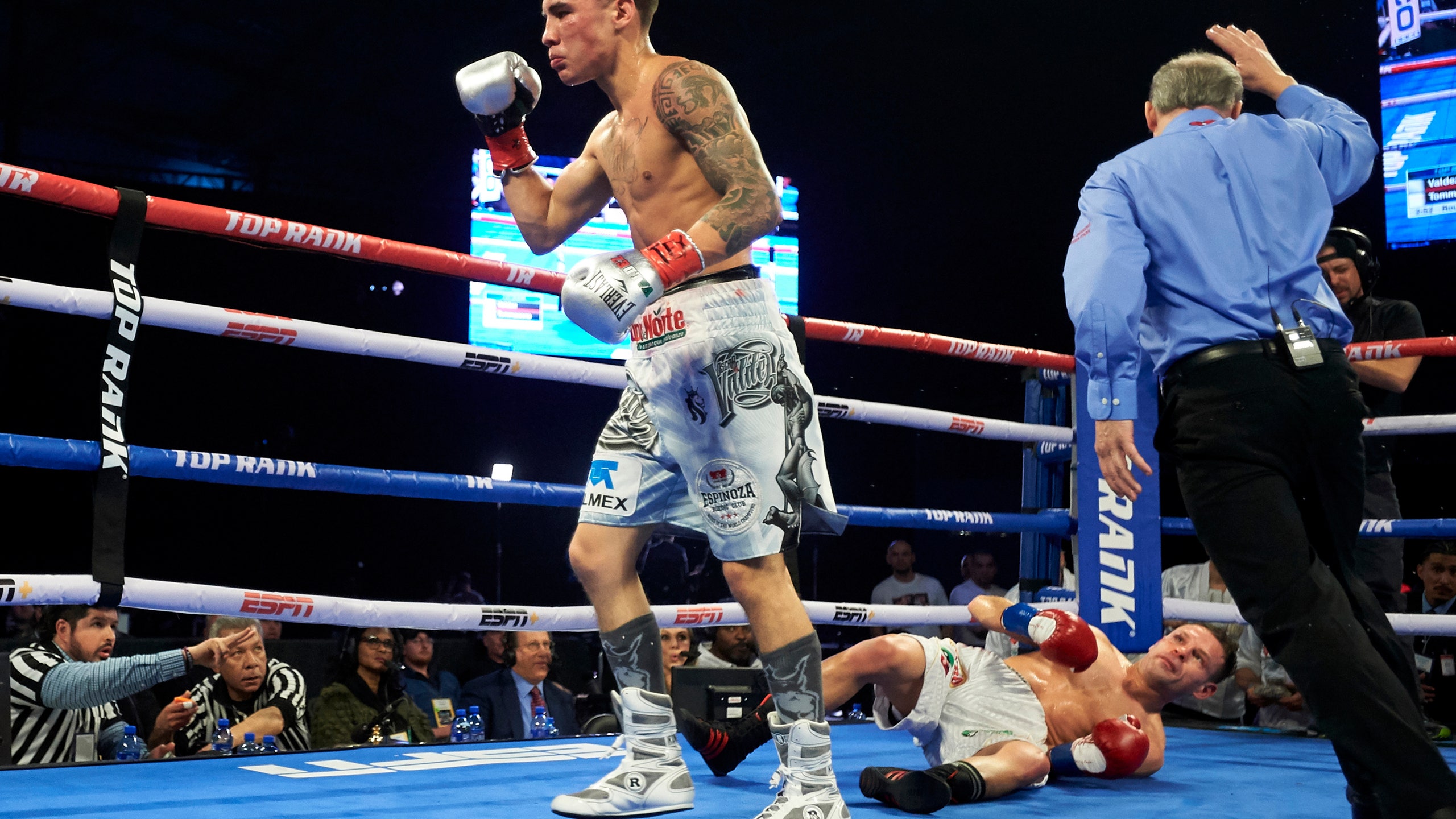 FRISCO, Texas (AP) — Sergey Kovalev made it through the seventh round just fine in his attempt to take back the WBO light heavyweight championship he lost to Eleider Alvarez six months ago.

The Russian left little doubt in the final round.

Kovalev controlled the pace throughout the fight, finishing with a flurry in the 12th round and winning the rematch in a unanimous decision early Sunday.

The 35-year-old, who had the first three losses of his career in his previous five fights, pushed through a couple of moments of fatigue like those that seemed to affect him in the defeat that cost him the title in the 175-pound division.

In that loss to Alvarez in Atlantic City, New Jersey, last summer, Kovalev was ahead on all three scorecards when he was dropped three times in the seventh round.

No such trouble this time in a fight that started two minutes before midnight in the indoor football stadium that's part of team headquarters for the Dallas Cowboys.

"They stopped me from overtraining," Kovalev said of the group led by veteran trainer Buddy McGirt. "I saved my energy and I'm happy. We worked on the jab. Always my jab and my right hand."

According to the television broadcast, Alvarez's corner told him after the 10th round that he would need a knockout to keep the belt. He never got close. Kovalev even had an exclamation point, landing a punishing right hand just before the final bell.

"I have no excuses," Alvarez said through a translator. "I knew he would be the favorite if it went to a decision. I don't see myself as a loser tonight, but he won the fight."

Alvarez's best stretches came in the middle of the fight, and at one point he had Kovalev staggering around the canvas on what seemed to be weak legs.

One of Alvarez's best blows was a right hand in the seventh, but this time it was in the final seconds. Kovalev didn't have any trouble getting to the bell and had time to regroup going into the eighth.

Kovalev took control for good in the 10th, landing a strong right-left combination that seemed to sap Alvarez of what energy he had left. At one point in the later rounds, Alvarez kept glancing at the video boards, apparently trying to see how much time remained in the round.

Instead of more doubt about his boxing future, which crept in after the loss last summer, Kovalev awaits his next opponent. There was no clear indication who that might be.

"He adjusted well," McGirt said. "He stuck to the game plan more than I anticipated he would, but I kept reminding him to keep it basic, keep it basic. I thought it was close, but I felt he won."

In what amounted to a co-main event on Saturday night, Oscar Valdez defended his WBO featherweight title with a seventh-round technical knockout of Carmine Tommasone.

The two-time Mexican Olympian caught Tommasone with a right uppercut to the jaw. The blow dropped the Italian and the fight was called nine seconds into the seventh round in Valdez's first bout since sustaining a broken jaw in a successful title defense against Scott Quigg last March.

"I don't really think about the jaw except when people ask me about it," Valdez said.

Tommasone (19-1) went down twice in the fourth round, and his right eye swelled badly late in the sixth. The 34-year-old proposed to his girlfriend in the ring despite his first loss in Tommasone's first professional fight outside the 2016 Olympian's home country.

Before Valdez's win, Richard Commey (28-2, 25 KOs) took the vacant IBF lightweight title with a second-round technical knockout of Isa Chaniev (13-2). The fight was called 39 seconds into the second round after the second knockdown of Chaniev in that round and the third overall.