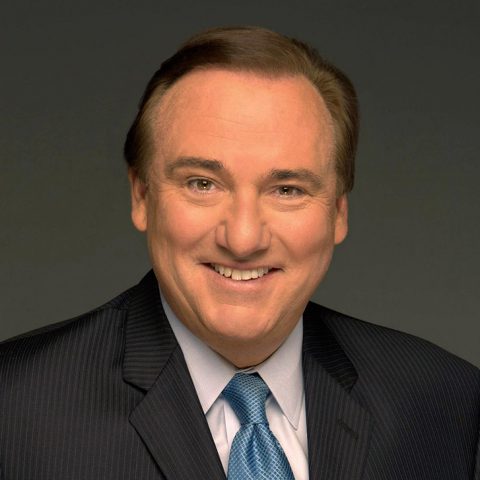 One of the most recognizable voices in college sports, Tim Brando joined FOX Sports in 2014 as a play-by-play announcer for the network’s college football and college basketball coverage. He remains on the call for college football on FOX and FS1 alongside analyst Spencer Tillman. When the calendar turns from fall to winter, Brando takes his microphone to the college basketball court for FOX Sports.

Brando has called a variety of sports throughout his prolific career, including college football and basketball, MLB, NBA and golf, and was one of the most prominent voices of the NCAA Tournament beginning in 1996.

Before coming to FOX Sports, Brando spent 18 years with CBS Sports as studio host of its “College Football Today” and “At The Half” studio shows. He also handled play-by-play duties for CBS’s coverage of SEC college football and for the NFL on CBS (1998-02). He began his tenure at CBS in 1996 as one of the network’s voices of the NCAA Men’s Basketball Tournament, a role he held through 2013. He also served as the lead play-by-play voice for Raycom’s coverage of SEC and ACC basketball and has hosted Raycom’s Emmy Award-winning nationally syndicated show “Football Saturdays.”

Prior to joining CBS, Brando spent eight years at ESPN, where he called play-by-play for more than 25 sports and served as studio host of “SportsCenter,” the network’s halftime show (1986-94) and its coverage of the NCAA Tournament (1987-90). From 1994-96, he covered the NBA for TNT, including playoffs as a play-by-play announcer and studio host. He also called Atlanta Braves and Atlanta Hawks games for SportsSouth. From 1995-2001, Brando was the preseason voice of the Carolina Panthers and currently fills the same role for the New Orleans Saints.

From 2001-15, Brando hosted the immensely popular radio program, “Tim Brando Show,” which developed into one of, if not the most, respected college sports show in the country. It originally debuted as a nationally syndicated sports talk radio show before being simulcast by CBS Sports Network in 2011, and launching on SiriusXM in 2013.

On the links, he hosted digital coverage for CBS’s presentation of the Masters from 2012 to 2013 and served as the lead television announcer for the Liberty Mutual Legends of Golf Champions Tour event on CBS in 2012.

Brando was named the winner of the prestigious Lindsey Nelson Award in 2014, a national honor given annually to a college football broadcaster. In 2009, he was awarded the coveted Jake Wade Award, given annually by the College Sports Information Directors Association of America (CoSIDA) to a national media member for outstanding promotion of intercollegiate athletics. In 2018, Brando received the Richard M. Uray-Alpha Epsilon Rho Award for Lifetime Achievement, presented by the National Broadcasting Society-Alpha Epsilon Rho.

Brando was born in and resides in Shreveport, La., with wife Terri. The couple has two daughters, Tiffany and Tara, and granddaughter Wilma Scarlett (Tara) and grandson Spencer (Tiffany), named after Brando’s colleague and close friend, Spencer Tillman.  Brando earned a bachelor’s degree in radio/television management from Northeast Louisiana University (now the University of Louisiana-Monroe). His father, Hub Brando, was an announcer at KCIJ in Shreveport.