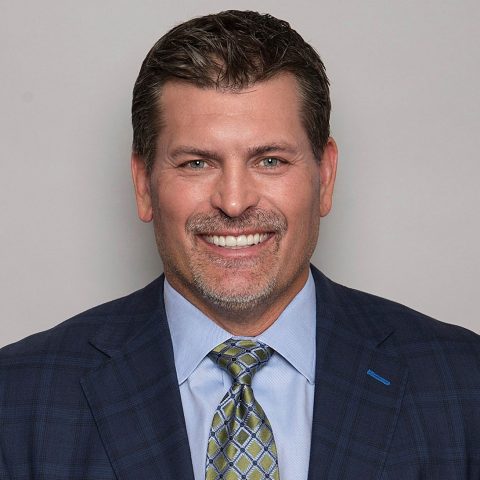 Prior to joining FOX, Schlereth, a former NFL Pro Bowler, served as an ESPN studio analyst for 16 years, in addition to various radio hosting duties. He continues to host “Schlereth and Evans” alongside Mike Evans on Denver’s 104.3 FM The Fan (Wednesdays 6:00-9:00 AM MT) and “The Stinkin’ Good Podcast with Mark Schlereth.”

Schlereth, nicknamed “Stink,” was selected by Washington in the 10th round of the 1989 NFL Draft and enjoyed a 12-year professional career as a guard before retiring in 2001. He spent six seasons with Washington (1989-1994) and six with the Denver Broncos (1995-2000). Schlereth won three Super Bowls (XXVI with Washington; XXXII and XXXIII with the Broncos) and was named to the 1991 and 1998 Pro Bowl.

Multiple injuries finally forced Schlereth to retire from the NFL in April 2001. Throughout his career he underwent 29 surgical procedures, 20 of which were performed on his knees – 15 of those on the left. Shortly after announcing his retirement at age 35, Schlereth landed a job with ESPN as an analyst.

Before moving to FOX Sports in 2017, Schlereth frequently contributed to ESPN studio shows “SportsCenter” and “NFL Live” and guest-hosted “Mike & Mike in the Morning” and “Jim Rome is Burning.”

Schlereth has dabbled in acting and had a recurring role on CBS’ mainstay soap opera, “Guiding Light” as Detective Roc Hoover. He is featured on “Athlete 360,” a sports medicine TV show hosted by his former Washington teammate, Dr. Mark Adickes, and had an acting role in the 2012 remake of “Red Dawn.”

Born in Anchorage, Alaska, Schlereth graduated from Robert Service High School in 1984. Struggling with dyslexia as a youth, Schlereth did not learn to read until he was seven. With limited opportunities in Alaska for national football recognition as a high school player, Schlereth accepted a scholarship offer from the University of Idaho. In 2008, he was inducted into the University of Idaho Vandal Athletics Hall of Fame.

Schlereth resides in Denver and is the father of Alexandria, Avery and Daniel. Daniel plays professional baseball and once was a pitcher for the Miami Marlins, Detroit Tigers and Arizona Diamondbacks. Alexandria is an actress who was featured on the MyNetwork TV series “Desire.”

In his spare time, Schlereth is the co-owner of Stinkin’ Good Green Chili. For more information on Schlereth, visit www.MarkSchlereth.com or follow him on Twitter at @MarkSchlereth.