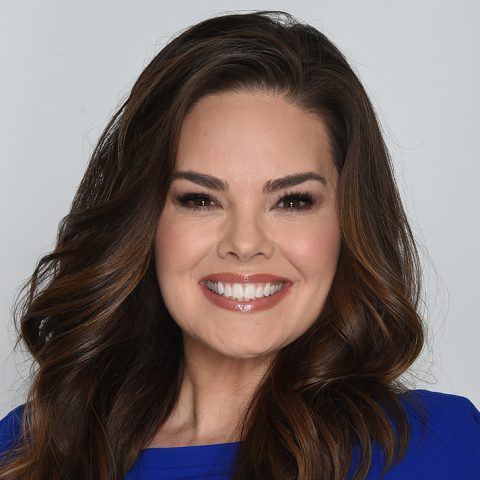 Kimberly Pressler serves as the reporter for all FOX Sports Professional Bowlers Association (PBA) broadcasts. She’s served as the PBA reporter since 2010.

This former Miss USA (1999) is one of the most recognized and sought-after TV personalities in the pageant’s history. Since 1999, Pressler graced television screens across the globe as a sports reporter and television host. She was featured in People Magazine, TIME and was voted one of STUFF Magazine’s 101 Sexiest Women in the World. Her vibrant and adventurous nature landed her gigs throughout the world for ESPN, FOX Sports, ABC, MTV, NBC and the SPEED network. Her work has been viewed in more than 120 countries.

After Kimberly’s reign as Miss USA was complete, this Franklinville, N.Y. native and former Dept. of Energy Nuclear Plant employee spent two years at MTV hosting shows including “Senseless Acts of Videos,” “Fast and Famous” and “Becoming,” before moving to NBC in 2003 to host “Adrenaline X.”

In 2005, Pressler served as sideline reporter for ESPN’s WPSA ATV Championships and SPEED Channel’s WPSA Snowcross Championships. In 2006, Kimberly expanded her reach and went worldwide with her talents hosting the “Red Bull X-Fighters” series for three seasons (2006-2008). She traveled throughout the world hosting the live freestyle motocross competition that routinely brought in crowds of 40,000 fans.

In 2007, she served as a pit reporter for ESPN’s and ABC’s live coverage of the Summer and Winter X Games. In 2008, Kimberly took part in all three X Games events held in the U.S., starting with the Winter X Games in Aspen, Colorado, the NAVY Moto X Championships in San Diego, and again for the Summer X Games in Los Angeles. Pressler has also hosted the ACIS Fitness National Championships for FOX College Sports, as well as the Traxxas TORC Truck Racing series (ABC & ESPN).

She currently lives in Southern California.