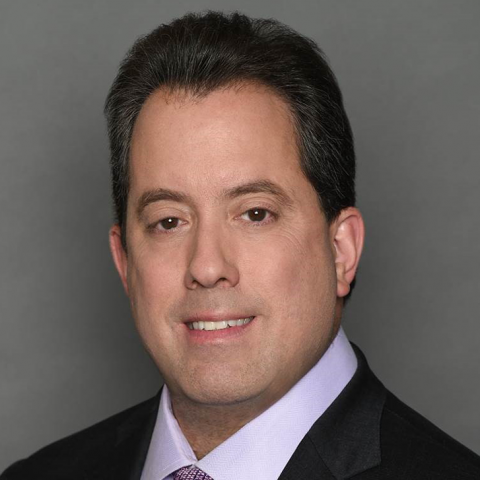 Versatile five-sport broadcaster Kenny Albert has been calling NFL games for FOX Sports since its 1994 inception and currently is the only broadcaster handling play-by-play for all four major U.S. sports (NFL, NBA, MLB and NHL). For FOX’s 2020 NFL coverage, Albert teams with analyst Jonathan Vilma. Albert marked his 425th network NFL broadcast in Week 17 of the 2019 NFL season and has called games involving every NFL team at least three times during his career, totaling more than 60 matches with some.

Entering the 2020 season, Albert’s 425 NFL games called rank him eighth-highest all-time among play-by-play broadcasters (trailing only Al Michaels, FOX Sports colleague Dick Stockton, Don Criqui, Pat Summerall, Charlie Jones, Dick Enberg and Kevin Harlan) and 14th-highest among NFL broadcasters across any roles. On the MLB side, Albert sits 10th among play-by-play announcers with 397 games called on network television, and in the NHL, he has called the seventh-most network TV games at 310. Across the four primary U.S. sports, Albert holds the fifth spot among total games called at more than 1,130 and counting.

In 2018, FOX Sports named Albert the blow-by-blow announcer for its coverage of Premier Boxing Champions, charging him with calling some of the most high-profile championship fights in the world on FOX and FOX Sports PBC Pay-Per-View shows.

The two-time play-by-play category Sports Emmy Award nominee (2015 and 2019) previously partnered with analyst Rondé Barber from 2017-2019 and Daryl “Moose” Johnston from 2007-2016, calling five NFC Divisional postseason games, as well as the 2008 Pro Bowl with Johnston and sideline analyst Tony Siragusa. Albert has called Major League Baseball on various FOX networks since 1997 (on FOX Sports since 2001). He contributed as a field reporter for the 2003 and 2004 American League Championship Series (ALCS) on FOX and hosted the ALCS trophy presentations in 2003, 2004 and 2009.

Albert has been the voice of New York Rangers games on MSG Radio since the 1995-96 season and serves as the TV play-by-play announcer for approximately 25 New York Knicks games each season on the MSG Network. He also has handled announcing duties for other MSG Network events, including the New York Liberty and college basketball, New York Yankees (formerly on MSG) and Golden Gloves boxing. In Feb. 2012, Albert called the world feed broadcast of Super Bowl XLVI alongside Joe Theismann.

Albert has handled announcing duties for the NHL on NBC since 2012. He called men’s and women’s ice hockey games for the 2002 Winter Olympics from Salt Lake City, 2006 from Turin, Italy, 2010 from Vancouver, Canada, 2014 from Sochi, Russia, and 2018 from Pyeongchang, South Korea (including the men’s and women’s Gold Medal games) for NBC. In 2011, he called the NHL’s Stanley Cup Playoffs on VERSUS, and in 2014-2019, the NHL’s Western Conference Final on NBC. In 2014, Albert also called Game 1 of the Stanley Cup Final on NBC. In 2016, he served as the voice of Track and Field events for NBCSN’s coverage of the Rio Olympics. The announcer also has called Premier Boxing Champions events on NBC, as well as NFL games on Westwood One Radio.

From 1992 to 1995, Albert worked for Home Team Sports, a regional sports cable carrier in the Baltimore-Washington, D.C. area, calling play-by-play for the NHL’s Washington Capitals, ACC and CAA basketball and other college sports. He also helped HTS by filling in on Washington Bullets and Baltimore Orioles broadcasts. In addition, Albert called hockey for ESPN2 and OLN and called the 1994, 1995, 2016, 2017, 2018 and 2019 Stanley Cup Final and the 2017 and 2018 NHL All-Star Games for NHL Radio/Westwood One.

Albert’s broadcasting career began at age 15, announcing high school and college football, basketball, baseball and hockey for Cox Cable of Long Island (1984-87) and Staten Island Cable (1988-89). From 1990 to 1992, he launched his professional career as voice of the American Hockey League’s Baltimore Skipjacks. Albert is the son of legendary NBA announcer Marv Albert, who currently handles play-by-play duties for Turner Sports. His uncles, Steve and Al, also are accomplished sportscasters.

Albert graduated from New York University in 1990 with a degree in broadcast journalism. As an undergraduate, he called play-by-play for NYU basketball on WNYU Radio. Albert scored the first goal in the history of the NYU Ice Hockey Club. He has appeared as himself in two movies: “GameDay” (starring Richard Lewis) and “Juwanna Mann” (starring Vivica A. Fox). Born in New York City, Albert currently resides in New Jersey with his wife, Barbara, and daughters Amanda and Sydney. Follow him on Twitter at @KennyAlbert.