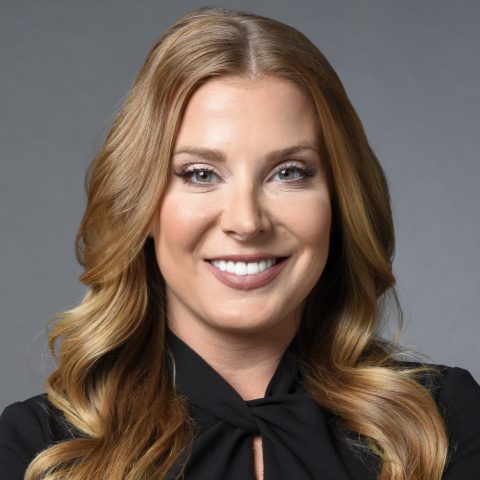 Vincie served as a garage reporter for NASCAR RACEDAY and NASCAR LIVE late in the 2014 season, and she filed feature reports for the network’s coverage of the Truck Series. In addition, she co-hosted “The Mock Run,” a look at the latest in the NASCAR world delivered with a humorous take on FOXSports.com.

Early in her NASCAR broadcasting career, Vincie lent a hand for SPEED’s coverage of the 2012 season-ending NASCAR Awards Ceremony from Las Vegas. Prior to that opportunity, the Virginia native spent her early days with SPEED as a member of the SPEED Road Tour Team, a massive mobile marketing experience that traveled the Cup Series circuit.

Vincie honed her motor sports reporting skills at legendary Langley Speedway in Hampton, Va., as a host/pit reporter for Langley Speedway TV. During that stint, she covered some of the best local short-track racing in the area, including Late Model, NASCAR K&N PRO SERIES EAST, Grand Stock and other series. She also created her own original NASCAR video reports on YouTube that became a weekly addition on SceneDaily.com.

Born in Harrisonburg, Va., Vincie graduated with honors from Christopher Newport University in Newport News, Va., with a degree in communications in 2010 and also interned for the university’s athletics department. She served a similar role at WTKR (Hampton Roads, Va.) and in the USAR Pro Cup Series at Charlotte Motor Speedway.

Vincie was raised in Warrenton, Va., and currently resides in North Carolina with her husband, Blake Harris, and their daughter, Kadence (born Aug. 2017). In her free time, Vincie enjoys spending time with her family, hiking and reading suspense novels. You may follow her on Twitter at @kaitlynvincie.