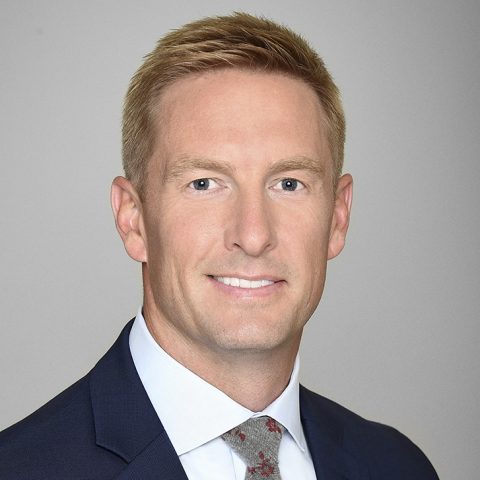 Considered one of the most productive players to have ever played the quarterback position at Colorado, Klatt joined the program as a preferred walk-on in 2002 and set 44 school records as the Buffaloes’ starter from 2003-05. He became only the third player in school history to throw for more than 2,500 yards in his first season as a starter at Colorado, racking up 2,614 yards and 21 touchdowns. Klatt finished his Colorado career as the school’s all-time leader in passing yards (7,375), touchdowns (44), competition percentage (60.8) and completions (666). His 44 school records were the second-most by a Colorado student-athlete in any sport behind Byron “Whizzer” White, who set 51 as a halfback from 1934-37.

Klatt is the rare analyst who can lay claim to having been a professional in two major sports. His college football career was initially delayed after he made a post-high school journey into professional baseball. Selected by the San Diego Padres in the 11th round of the 2000 Major League Baseball Amateur Draft, Klatt played two seasons in the club’s minor league system before retiring from the sport to pursue a career on the gridiron at CU. Following his graduation from Colorado, he was invited to the Detroit Lions and New Orleans Saints rookie mini-camps in 2006, and was signed as a free agent by the Saints.

Klatt’s first opportunity in broadcasting came when he filled in as an analyst on Friday night high school football games in the Denver area in the fall of 2006 for FOX Sports Rocky Mountain. Shortly thereafter, he became a studio host for FOX Sports Southwest’s Saturday college football coverage from 2007-08 and parlayed his aptitude in that setting into a package of college games as a color analyst for FOX Sports Net in 2009. Back in Denver, Klatt called upon his baseball experience to serve as host for Colorado Rockies pre- and postgame shows on Root Sports Rocky Mountain. He also hosted a series of sports radio shows in the Denver area from 2007-12, including a popular program on the FM station 104.3 The Fan from 2011-12.

He left the Denver area in 2013 when he joined FS1 for its August launch. Klatt spent his first two seasons with FS1 and the FOX broadcast network as a full-time studio analyst for the network’s college football coverage, host of FOX NFL KICKOFF, and part-time game analyst, primarily working Thursday night contests on FS1 as well as the 2014 Pac-12 Championship Game on FOX. Prior to the 2015 season, Klatt was elevated to FOX Sports’ lead college football game analyst, teaming with play-by-play announcer Gus Johnson.

Showing impressive versatility, he contributed to FOX Sports’ coverage of the U.S. Open Championship from 2015-19.

Born in Denver, Klatt is married to Sara, and they have three sons.  Klatt attended Pomona High School in Arvada, Colo., lettering all four years in baseball, basketball and football.  He earned a B.A. in economics from Colorado and later served as the president of “Buffs For Life,” a non-associated alumni association that raised money for former CU athletes with a financial need. Residing in Newport Beach, Calif., Klatt enjoys playing golf and spending time with his family.