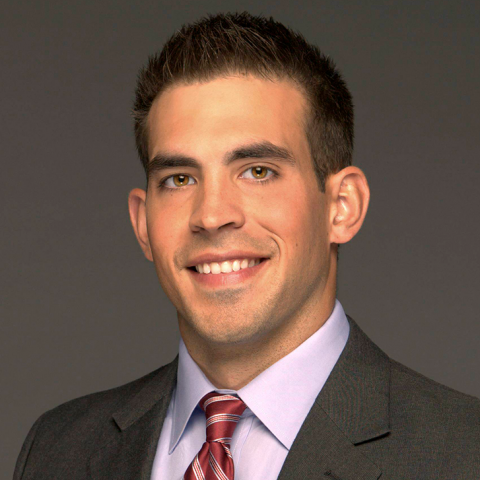 One of the fastest rising stars on the sports broadcast landscape, Joe Davis joined FOX Sports in 2014 as a play-by-play announcer for the network’s college football, college basketball and Major League Baseball coverage.

In addition to calling full regular-season schedules during the baseball season, Davis has been in the booth for FOX Sports’ Division Series coverage since 2017. During the 2019 MLB Postseason, he called his first-ever Championship Series game alongside Hall of Famer John Smoltz. The highly revered announcer is also the television voice of the Los Angeles Dodgers.

FROM THE PLAYING FIELD TO THE BOOTH

A native of Potterville, Mich., Davis attended Beloit (Wis.) College, where he was a four-year letter winner on the school’s football team. A two-time team captain, he appeared in 32 games during his career, accounting for 13 touchdowns (eight passing, five rushing) from the quarterback position over his first two seasons before a shoulder injury prompted a move to wide receiver, where he racked up 19 receptions for 230 yards (12.1 avg.) in his junior and senior years. The most important training he received in college, however, may have come during the off-season when he assumed play-by-play duties for the school’s athletic department, announcing baseball and men’s and women’s basketball games on local radio and television. Davis served as the voice of Buccaneer spring sports for his final three years on campus before graduating in 2010.

ON THE FAST TRACK

Before his senior year of college, Davis secured a summer job as the manager of broadcasting for the Schaumburg Flyers baseball team of the independent Northern League, serving as the team’s play-by-play voice and media relations director. With that professional experience in hand, he landed a job as the play-by-play voice of the Montgomery (Ala.) Biscuits, the Double-A affiliate of the Tampa Bay Rays. Davis called Biscuits games for three seasons and was named the Southern League Broadcaster of the Year in 2012. While in Montgomery, he also gained experience as a radio host for the Baylor Independent Sports Properties Network, whose carrier had a studio nearby. During that time, he also caught on at Comcast Sports Southeast, where he picked up reps as a play-by-play announcer for college football, basketball and baseball on a network that was accessible in 15 million homes.

In July 2012, he made the impressive leap to national television at the age of 24, joining ESPN as an announcer, ultimately lending his call to college baseball, basketball, football, hockey and softball games. Davis also appeared in spot duty for Major League Baseball contests on ESPN Radio. On Dec. 26, 2013, Davis was assigned to the network’s broadcast of the Poinsettia Bowl between Utah State and Northern Illinois, and at age 25 became the youngest person to ever announce a bowl game for ESPN. Davis was hired by the Los Angeles Dodgers in November 2015 to call road games for the team-owned SportsNet LA, beginning with the 2016 season, and assumed the role full-time in 2017, succeeding the legendary Vin Scully.

Born in Lansing, Mich., Davis resides in South Pasadena, Calif., with wife Libby and three children. He attended Potterville High School, where he was a two-time all-state quarterback and an All-Region baseball player. His father, Paul, was Potterville High’s head football coach and is a member of the Michigan High School Football Coaches’ Hall of Fame. Paul accompanies Joe on college football broadcasting trips and serves as his spotter in the TV booth. Joe Davis earned a B.A. in communications and a minor in journalism from Beloit College in 2010. In his free time, he enjoys spending time with his family, working out and grilling.