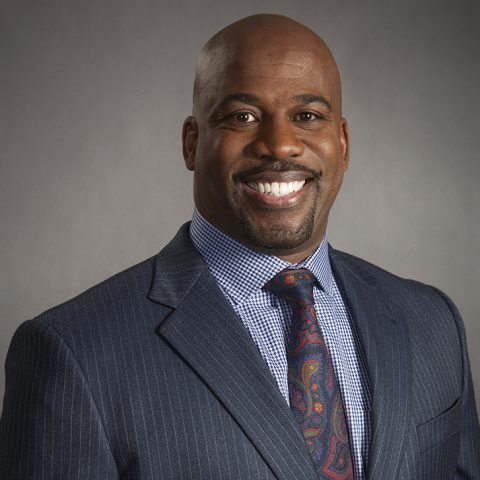 Howard Griffith joined BTN as a football analyst in July of 2007 and continues to appear in an array of studio programming throughout the fall and winter.

During his playing days at the University of Illinois, Griffith set an NCAA record with eight rushing touchdowns in a single game. As a fullback, he played for two seasons each with the St. Louis Rams and Carolina Panthers before joining the Denver Broncos is 1997. Griffith played five seasons with the Broncos, where he won two Super Bowl rings in Super Bowl XXXII and Super Bowl XXXIII. Griffith was a standout player in the Broncos’ 1999 Super Bowl win, scoring two rushing touchdowns in the game.

Griffith came to the network after serving as an analyst for the Illini Radio Network. He is the founder and president the Hyde Park Jr. Spartans program, which is associated with The United Youth Football League. The program is focused on instilling positive character building attributes along with the opportunity to participate in youth football regardless of prior experience or athletic ability. Griffith resides in Chicago with his wife and two sons.