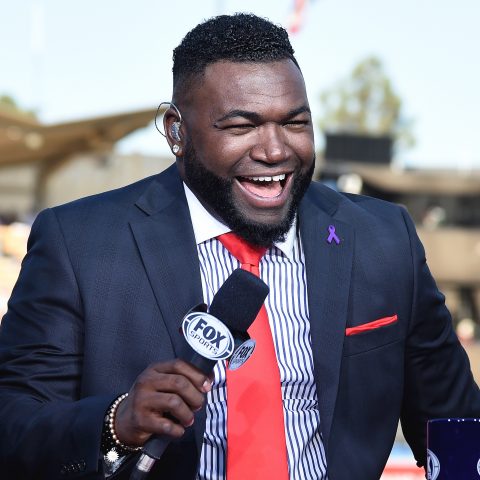 Ortiz made his broadcasting debut with FOX Sports as a guest studio analyst during the 2014 World Series and has continued to appear on the network since his retirement.

LIFE ON THE FIELD

Ortiz entered Major League Baseball in 1992 with the Minor-League affiliate of the Seattle Mariners, where he quickly established himself as one of the best hitters. He was traded to the Minnesota Twins in 1996, making his Major-League debut with the franchise in 1997. After six seasons in the North Star State, Ortiz was picked up by the Boston Red Sox.

In “Beantown,” Ortiz became known as one of the game’s most-feared hitters. During the Red Sox’s 2004 postseason run, the designated hitter was instrumental in defeating the New York Yankees in the American League Championship Series, silencing any superstition about the “Curse of the Bambino.” The team went on to win the 2004 Fall Classic, and Ortiz later picked up two more rings with Boston in 2007 and 2013. The slugger won the World Series MVP in his final championship run against the St. Louis Cardinals in 2013.

Inspired by a trip to the Dominican Republic’s CEDIMAT Hospital, Ortiz founded the David Ortiz Children’s Fund in 2007 to provide support for children who can’t afford the critical cardiac services that they need. To date, the fund has raised millions of dollars for the cause – building hospital wings, providing surgeries and more.

Ortiz was born in Santo Domingo, Dominican Republic. Today, he lives in Florida and enjoys relaxing with his wife Tiffany and his four children. In his retirement, Ortiz has found focus in his production company, Big Papi Productions, with which he starred in his first TV show on Fusion network “Big Papi Needs a Job.” Ortiz is excited for his latest pursuit, Ortiz34 – his own brand of kid’s bats, gloves, and balls which are currently being sold in Walmart & CVS with new store additions in the works.