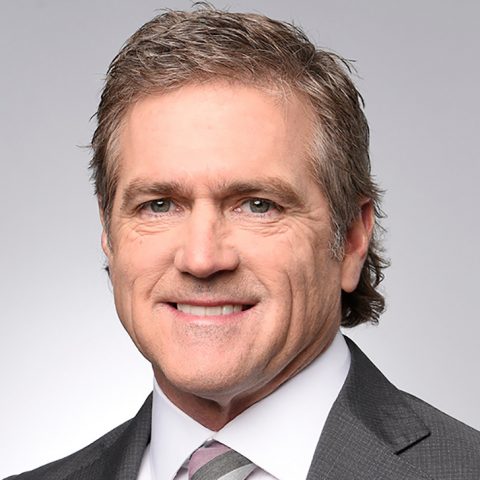 Former NASCAR CUP SERIES champion Bobby Labonte serves as a FOX NASCAR analyst for the network’s studio coverage, sharing his expertise across more than 30 years of professional racing on NASCAR RACE HUB and NASCAR RACEDAY. He will be inducted into the NASCAR Hall of Fame in January 2020.

A 32-time NASCAR race winner, Labonte is one of only four drivers in NASCAR history to win a NASCAR CUP SERIES (2000) and NASCAR XFINITY SERIES (1991) championship.

Labonte is one of the most decorated drivers in NASCAR history, with 21 Cup Series wins, including three crown jewel races — the Coca-Cola 600 at Charlotte Motor Speedway, the Brickyard 400 at Indianapolis Motor Speedway and the Southern 500 at Darlington Raceway. He and his older brother, Terry, comprise one of the few brother duos to have won NASCAR championships.

The 2001 IROC champion, Labonte’s experience extends beyond the American NASCAR circuit. He has made multiple appearances at the Goodwood Festival of Speed in the United Kingdom, known as the world’s largest automotive garden party, and has also appeared at Autosport International, Europe’s largest indoor pre-season motorsport event.

Labonte made history in 2017 when he became the first American NASCAR champion to compete in the NASCAR Whelen Euro Series, completing a spectacular comeback at Brands Hatch (United Kingdom) to notch a 10th-place finish in his series debut. In April 2018, he announced he would run a full season in the No. 18 RDV Competition Toyota, becoming the first American champion to compete fulltime in the series.

Labonte is an avid cyclist and outdoors man who personifies health, performance and fitness, and enjoys integrating various technologies into his hobbies, interests and lifestyle.

In 2003, Labonte launched his non-profit organization, the Bobby Labonte Foundation, to benefit local North Carolina organizations who help build stronger foundations for children and families through an annual grant program. The Foundation’s most prominent event is the annual Bobby Labonte Foundation Charity Bike Ride. This three-day weekend event brings the community together to enjoy riding bicycles with the purpose of raising money for the Foundation’s grant program.

A native of Corpus Christi, Texas, Labonte is married to Kristin, a former professional and champion cyclist. They reside in High Point, N.C., with their Chihuahua, Chloe. They have a son, Tyler, and daughter, Madison.