To download a photo, select an image size from the two options below, and enter a valid email address in the email address field below.
NextJason Gore 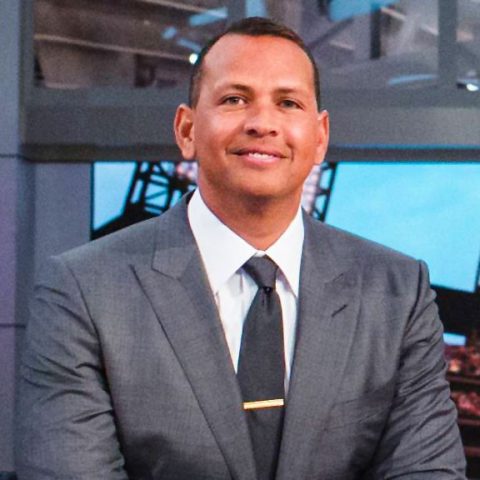 A 22-year MLB veteran and one of the most prolific offensive players in the history of the league, Alex Rodriguez is an MLB studio analyst for FOX Sports, working alongside Kevin Burkhardt, David Ortiz and Frank Thomas. With Rodriguez as an analyst, FOX Sports’ MLB studio show won back-to-back Emmy Awards for Outstanding Studio Show – Limited Run during the network’s coverage of the 2016 & 2017 postseason.

Recognized as an elite athlete from his early days, Rodriguez attended high school at Westminster Christian School where he split time as a star shortstop on the baseball team and captain of the football team. His junior year, Westminster won the high school national championship with Rodriguez leading the way with a .419 batting average and 90 stolen bases. A first-team prep All-American as a senior, he was selected as the USA Baseball Junior Player of the Year and was named Gatorade’s national baseball student-athlete of the year in addition to becoming the first high school player ever to try out for the United States National Baseball Team. The University of Miami recruited Rodriguez to play both baseball and football, but he declined, electing to enter the MLB Draft, where he was the likely first overall pick.

Shortly after being taken with the first overall selection by the Seattle Mariners in the 1993 MLB Draft, Rodriguez made his Major League debut in July of 1994. Just the third 18-year-old Major League shortstop since 1900 and the youngest position player in Seattle history, he wasted no time establishing himself as an elite professional player. By 1996, Rodriguez led the American League with a .358 batting average – the highest for a right-handed hitter since Joe DiMaggio – and was the youngest shortstop in MLB All-Star Game history. By the time of his retirement in 2016, Rodriguez amassed 14 All-Star Game selections, three AL MVPs, 10 Silver Slugger Awards and a World Series championship as a member of the New York Yankees in 2009. He also ranks fourth on the all-time home runs list with 696 and is one of 30 players in MLB history in the 3,000 hits club.

AROD’s given name is Alexander Emmanuel Rodriguez. Rodriguez has two daughters, Natasha and Ella. He is an avid University of Miami fan, having donated $3.9 million to renovate the university’s baseball stadium, now named Alex Rodriguez Park at Mark Light Field. Rodriguez is also an honorary alumnus of the University of Miami and sits on its Board of Trustees. Rodriguez is CEO of AROD Corp, a multi-faceted business conglomeration boasting coast to coast with an auto dealership group, international and domestic fitness clubs, and a fully integrated real estate empire.