On the night of June 5th in London, a group of three terrorists drove a van into a group of people on London Bridge. The attackers then fled the vehicle and ran to nearby Borough Market, where they began to stab innocent people. Police quickly responded and shot and killed all three attackers. In all, the attackers killed seven people and injured 48.

During the senseless rampage, an off-duty police officer named Charlie Guenigault had been out enjoying drinks with his friends. As people were fleeing the scene, Guenigault ran toward the attackers and tackled one of them. He suffered stab wounds to the head, leg, back and stomach, and spent two weeks in the hospital.

Guenigault was wearing WWE star Sami Zayn’s signature shirt at the time of the attack, and Guenigault’s father worked with a police official and WWE to arrange a surprise meeting between Guenigault and WWE legend Triple H, who presented him with a WWE World Championship title.

“To run in the direction of a scary situation that can’t even be described in words, to help others … for that to be your instinct to help others … that is a hero,” Triple H said. “People say a lot of times that they watch WWE because these guys are like real-life superheroes. Well, Charlie is a real hero.”

“I hope that I can display the type of bravery that you displayed, that you embody. The kind of heroism that you show you genuinely embody. So I want to thank you for everything that you do, and I hope that you continue to do well.” 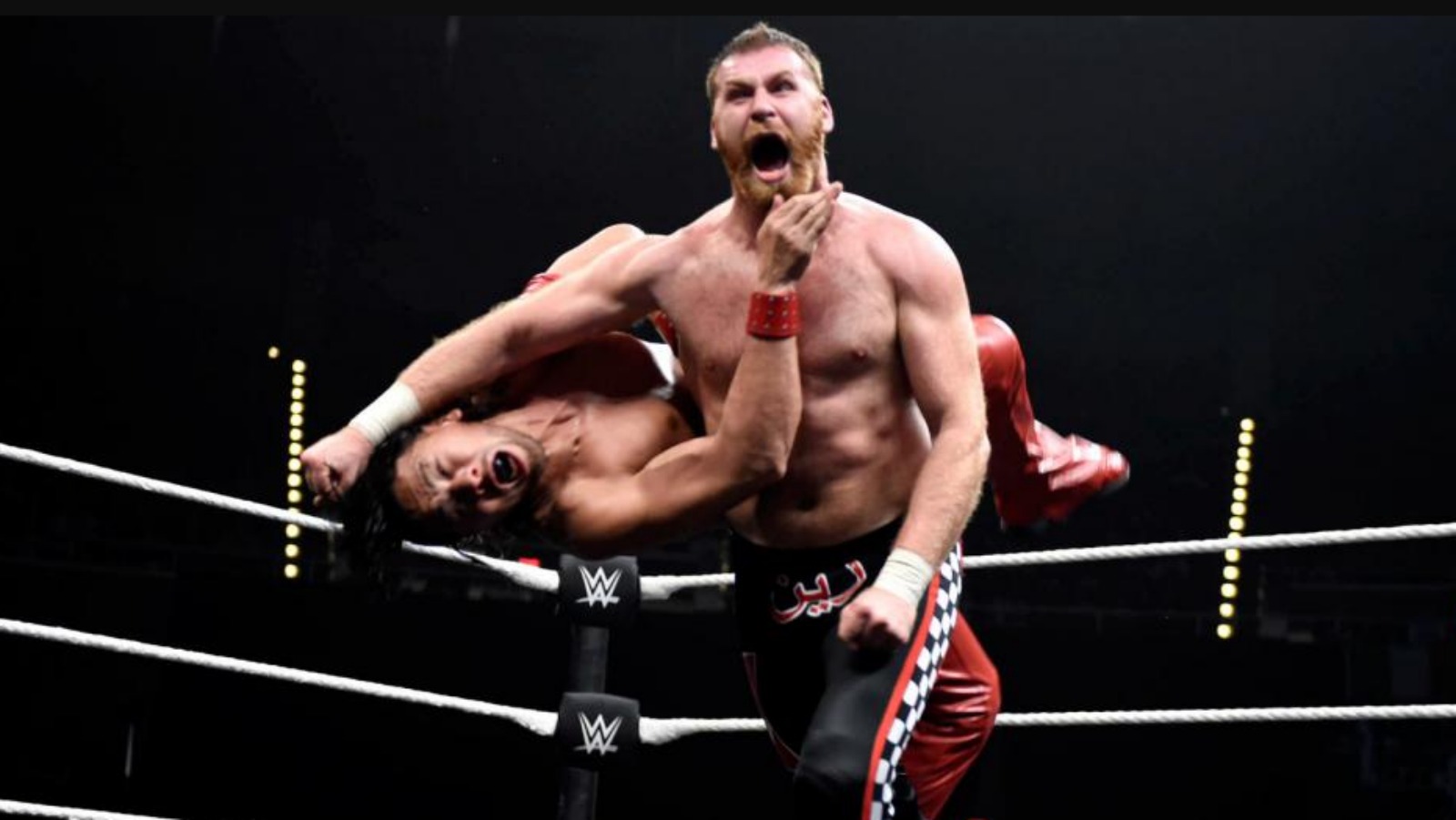 Gallery: WWE's Sami Zayn opens up on learning to deal with the lows of losing