Carmella emerged as the winner of the first-ever women’s Money In The Bank ladder match last Sunday night in St. Louis, but finish of the match caused outrage among members of the women’s division across both shows and was widely criticized by fans on social media. Late in the match, Carmella’s escort James Ellsworth tipped Becky Lynch off a ladder, then scaled the ladder and unhooked the briefcase. When Ellsworth dropped the briefcase to Carmella, she technically won the match and secured a contract to wrestle the SmackDown Women’s Champion.

SmackDown general manager Daniel Bryan told Fox Sports in an interview Monday that he was disappointed by the ending, and felt that Ellsworth’s actions overshadowed what was meant to be a historic moment for the women competing that night.

“When you build something up as far as like ‘hey, this is this really important moment for women in WWE,’ and then a man is the one who climbs up to the top and grabs the briefcase… I think that that really rubs people the wrong way and it sends the wrong message.”

On Tuesday’s episode of SmackDown, Bryan admitted that while in the official WWE rule book, Carmella did win the match legally (if unethically), as she was the first woman to hold the briefcase. Bryan ruled, however, that he would not allow James Ellsworth “to interrupt one of the most important in women’s WWE history,” and forced Carmella to surrender the briefcase.

On next week’s episode of SmackDown Live, all five women will compete in *another* Money In The Bank ladder match. Later that night on Talking Smack, Bryan said that Ellsworth will be banned from ringside, which should ensure he doesn’t influence the outcome again. 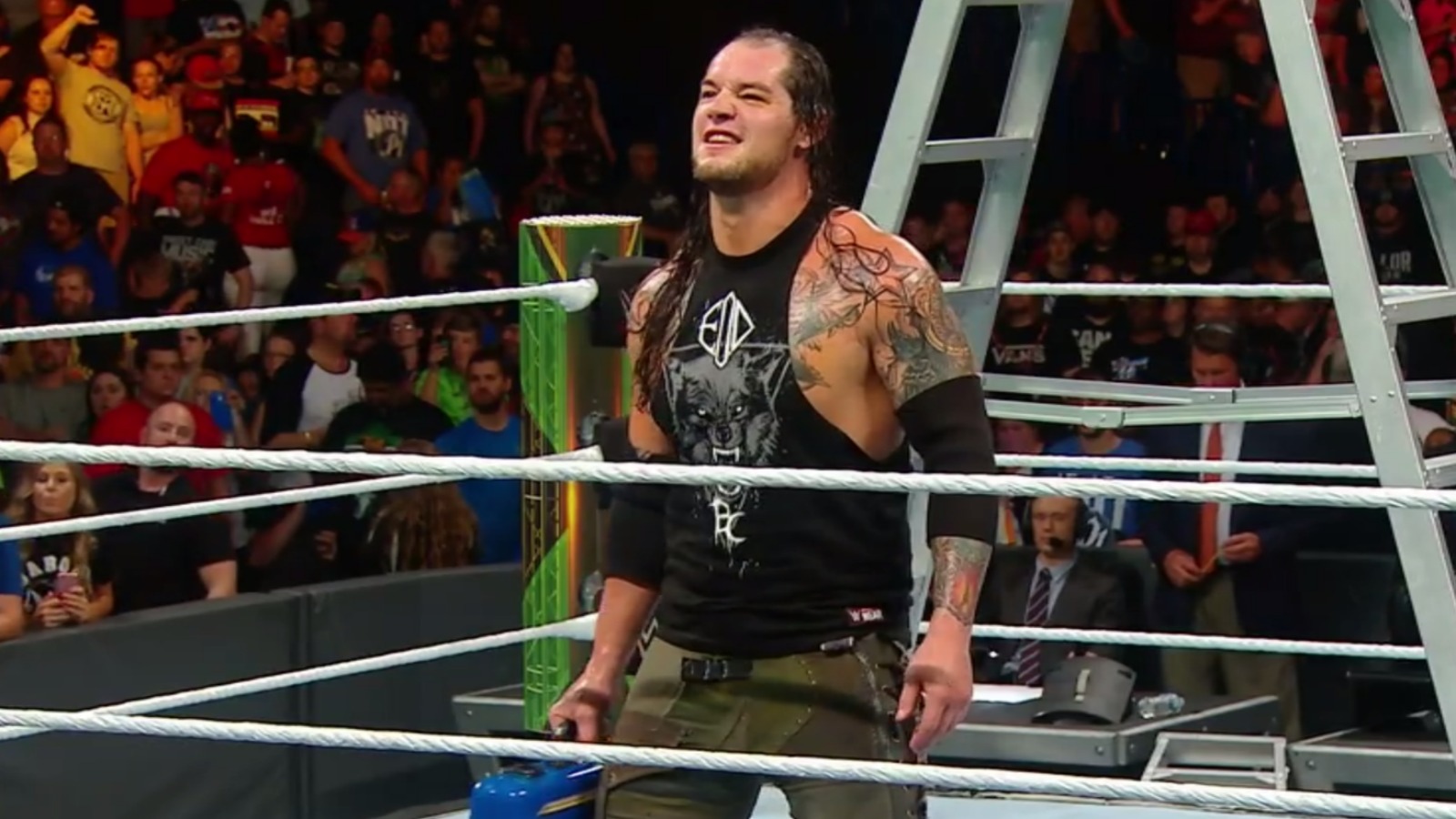