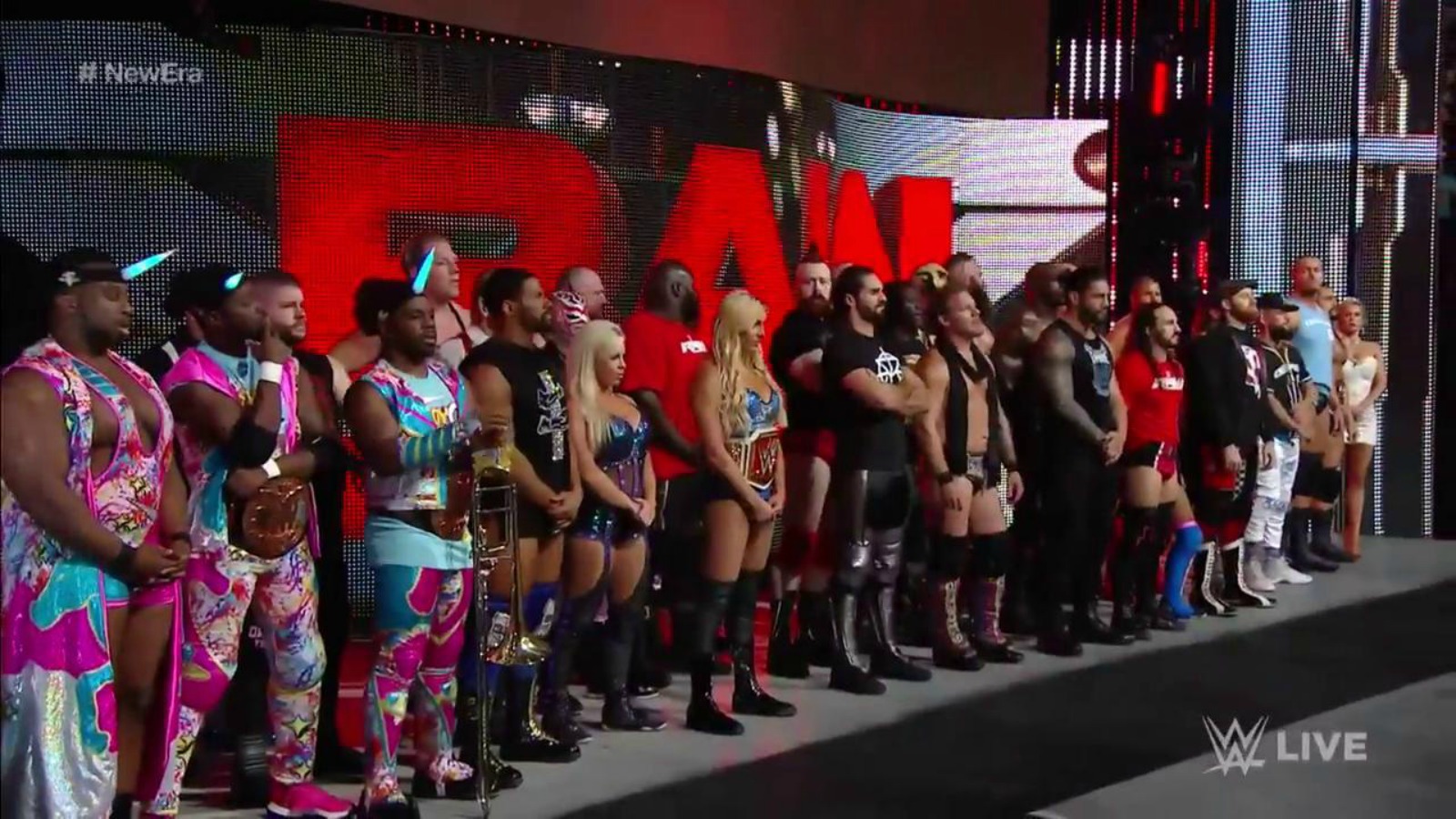 In the past when WWE has split its roster between two brands, both Raw and SmackDown had its own Heavyweight Champion to headline the show. SmackDown’s top draft pick Dean Ambrose retained the WWE Championship Sunday night at Battleground – leaving Raw without a heavyweight belt, but Stephanie McMahon and Mick Foley announced Monday that they’ve invented a completely new title for Raw.

Instead of bringing back the iconic gold World Heavyweight Championship, Raw is introducing the Universal Championship, which Foley says is named after the WWE Universe.

There WILL be a new Championship title created for the #NewEra of @WWE #RAW! https://t.co/Y8MgcYA8yo

To determine the first Universal Champion, there will be an eight-man tournament featuring Sami Zayn, Sheamus, Chris Jericho, Cesaro, Roman Reigns, Rusev, Kevin Owens and Finn Balor. Two fatal four-way matches will be held, and the winner of those two matches will face each other in the Raw main event. The winner of that match faces Seth Rollins at SummerSlam for the title.

Finn Balor won the first four-way of the night on his WWE main roster debut.

What a debut on @WWE #RAW!! @WWEBalor is going to the MAIN EVENT! https://t.co/kbaFlkG53x

Roman Reigns emerged victorious from the second main-event qualifier after hitting Chris Jericho with a spear.

In a shocker, Balor – on his birthday – beat Roman Reigns clean to set up a Universal Championship match at SummerSlam August 21st.