Drew McIntyre returns to round out Team Flair 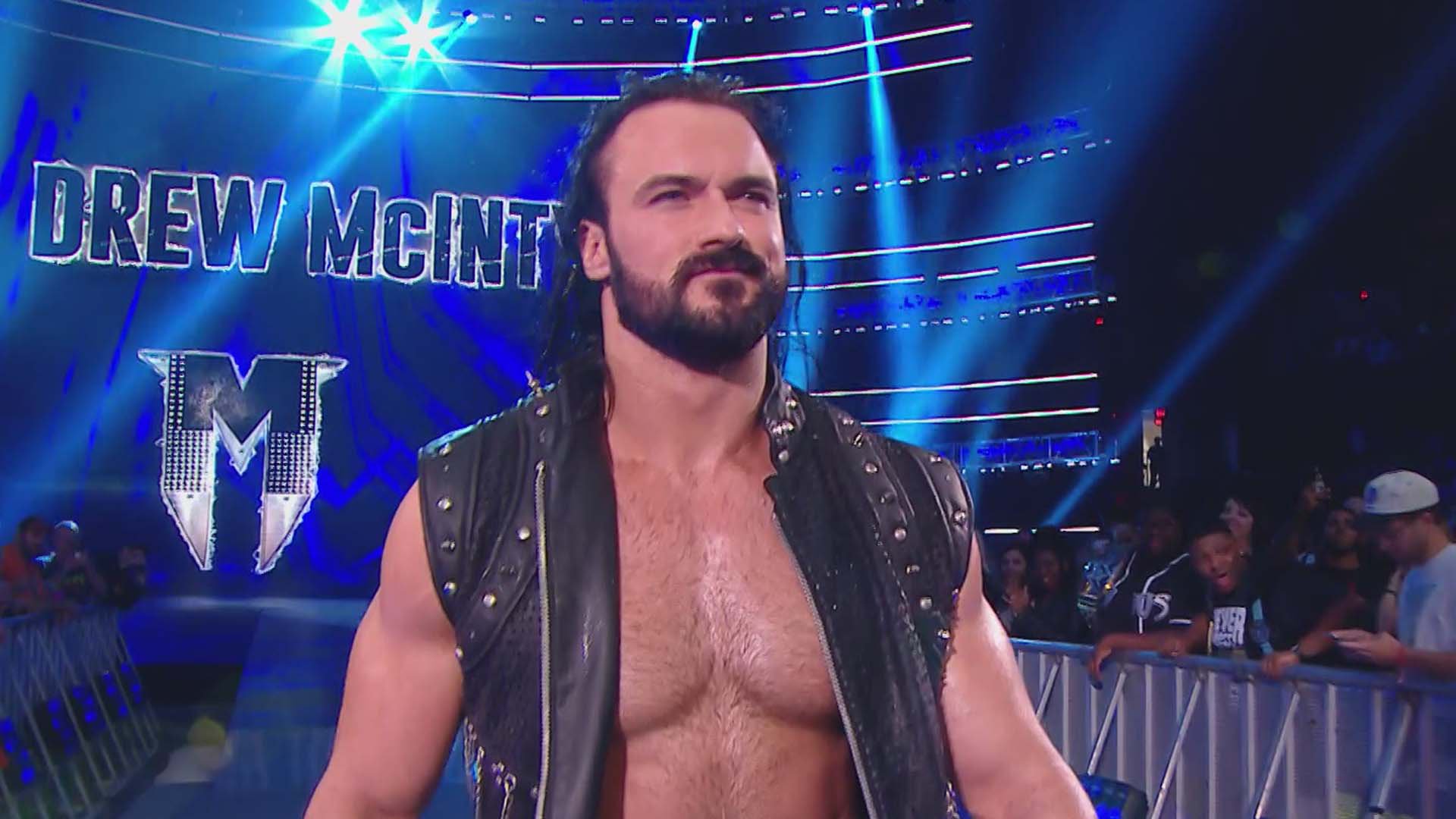 CLEVELAND — One of the more surprising moves in the WWE Draft on Night 1 was Raw’s selection of Drew McIntyre with the fifth overall pick. It appears, however, that Ric Flair was of the same mindset as the suits at USA who brought the Scot to Team Red. “The Nature Boy” opened Raw by naming McIntyre as the final member of Team Flair at WWE Crown Jewel, a “favor” the former NXT Champion was all too happy to accept. And while McIntyre hinted at having more to say in the future, for the time being, his business was clear: A bout against Team Hogan ace Ricochet that he happily offered Flair a ringside seat for, albeit with the grim caveat that things were about to get “uncomfortable.” 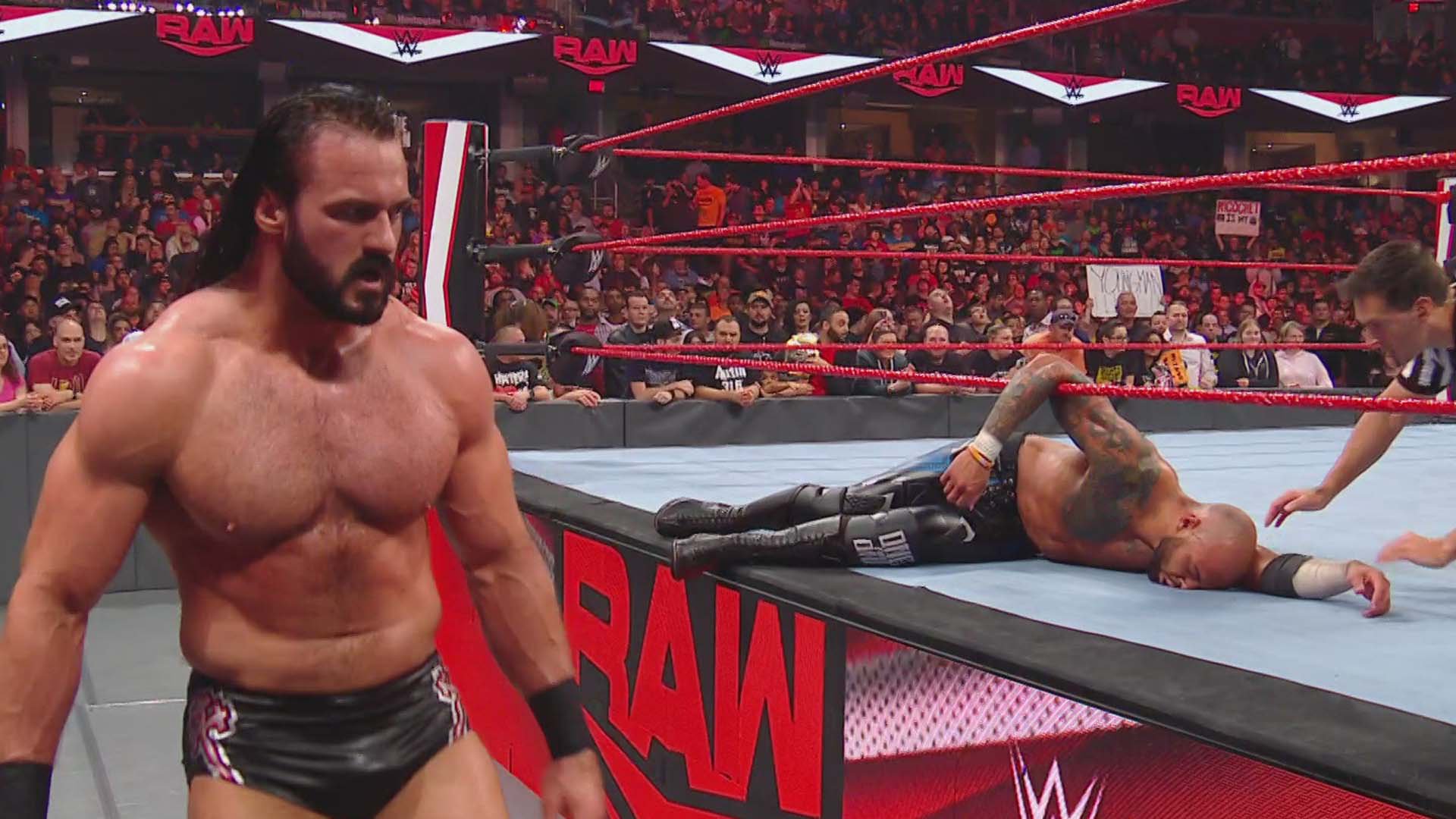 Anyone who thought Drew McIntyre would need a little time to get back in the swing of things was soundly corrected on Monday night when the former NXT Champion defeated Ricochet in an in-ring return that was just as monstrous as he promised it would be.

The victory may have been even more impressive than it appeared on first glance. Smaller, faster Superstars tend to give McIntyre more fits than he’d like to admit (see: Alexander, Cedric), but there was rarely a moment in this match that the Scot wasn’t in control of the former United States Champion. Ricochet briefly found some distance by going high-risk, even connecting with a Shooting Star Press. But the depleted high-flyer was too worn down to hit the Recoil, and McIntyre capitalized by throwing his foe shoulder-first into the turnbuckle and connecting with the Claymore seconds later for the win.

Of course, McIntyre had promised to make everyone uncomfortable, and he made good on his word, brutalizing Ricochet after the bell with another trip into the post, his old-school Future Shock DDT and a reverse Alabama Slam into the steps. To say Ric Flair was happy is an understatement. To say Team Hogan is in trouble is obvious. 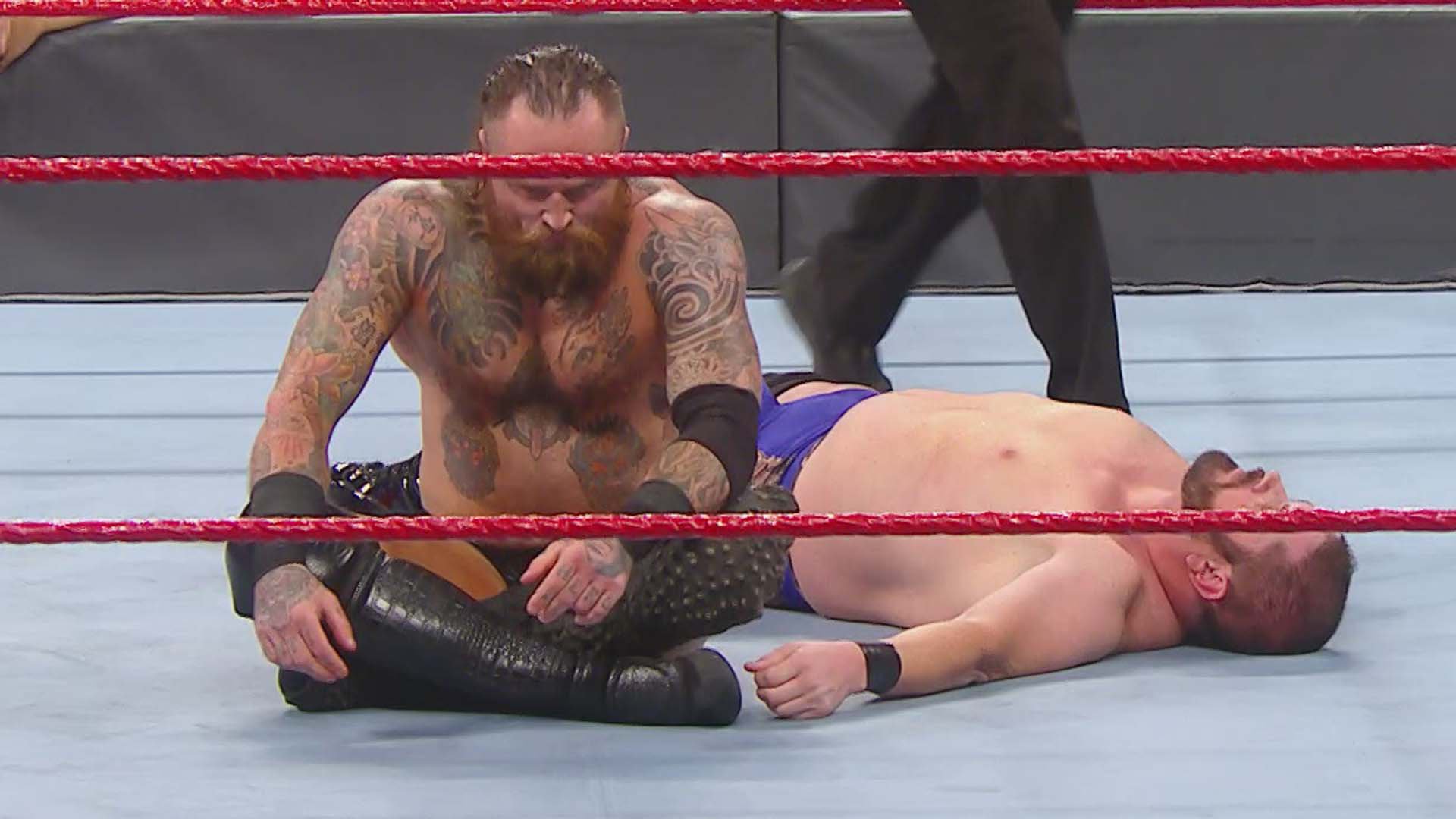 If the last two weeks weren’t enough of a hint for you, the days of Aleister Black sitting in a windowless room waiting for the fight to come to him are long gone. The only solace the rest of the Raw roster can take is that he was content, at least for this week, to feast on a local, a poor soul named Jason Reynolds who posed little threat to The Dutch Destroyer.

The Cleveland product certainly won points for pluck, throwing hands to start the match and seemingly catching Black somewhat unawares. But it was only a matter of time before The Ominous Man From Amsterdam found his mark, and he did so in quick order with Black Mass to Reynolds’ jaw. Clearly, Aleister Black is always up for a fight. He will even entertain whatever attempts his opponents can mount to give him one. But his generosity has limits.

Seth Rollins to discuss burning down The Firefly Fun House 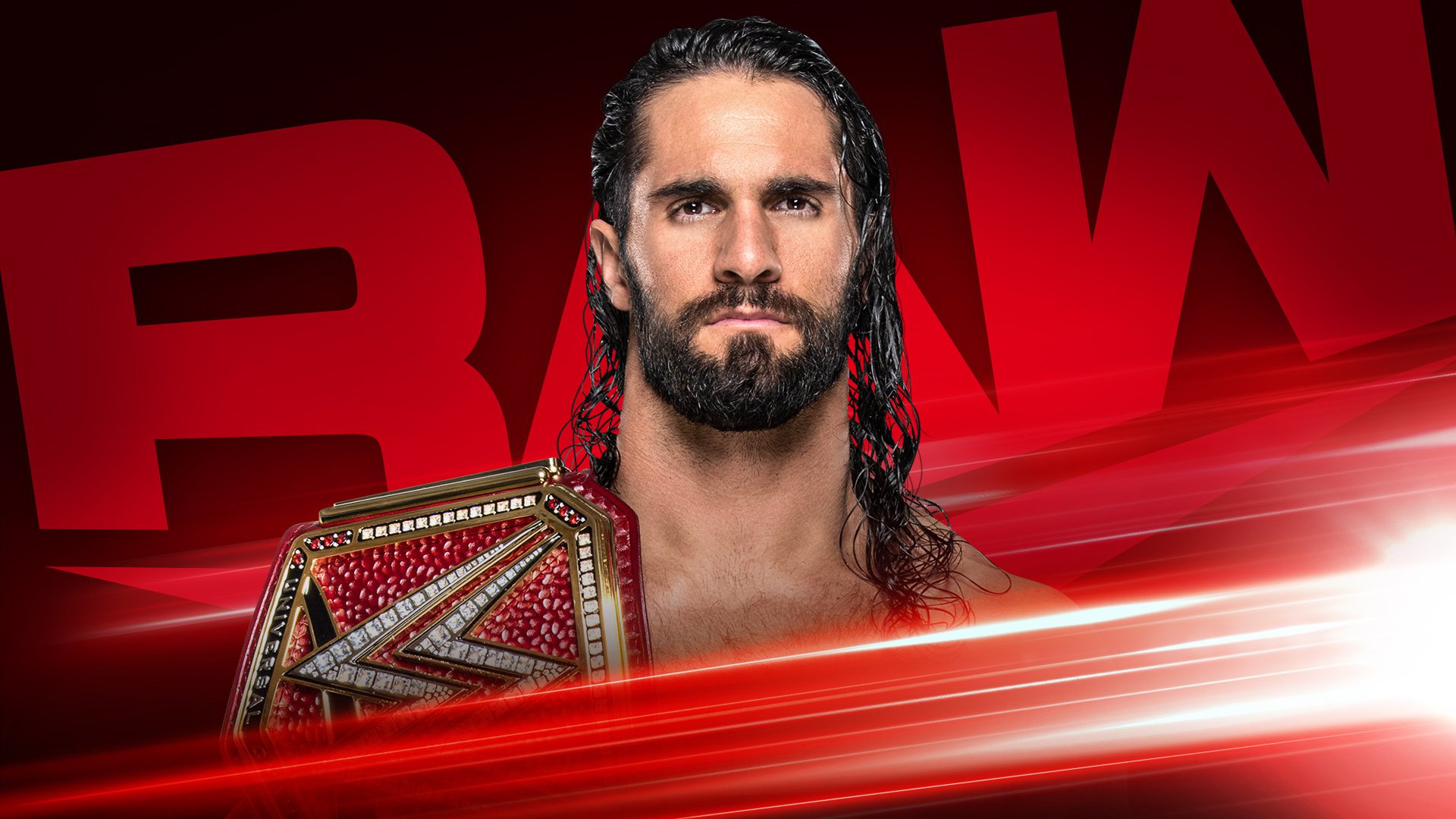 Universal Champion Seth Rollins has been burning it down metaphorically in the ring for years now as one of WWE’s top Superstars, but he took his moniker to a literal level last week, setting The Firefly Fun House ablaze.

After escalating his issue with “The Fiend” Bray Wyatt in fiery fashion ahead of their Falls Count Anywhere Match that can’t be stopped for any reason at WWE Crown Jewel, Rollins is set to address his actions live on Raw.

Tune in this Monday night to hear what The Beastslayer has to say.

The Street Profits challenge The O.C. with a mystery friend in their corner 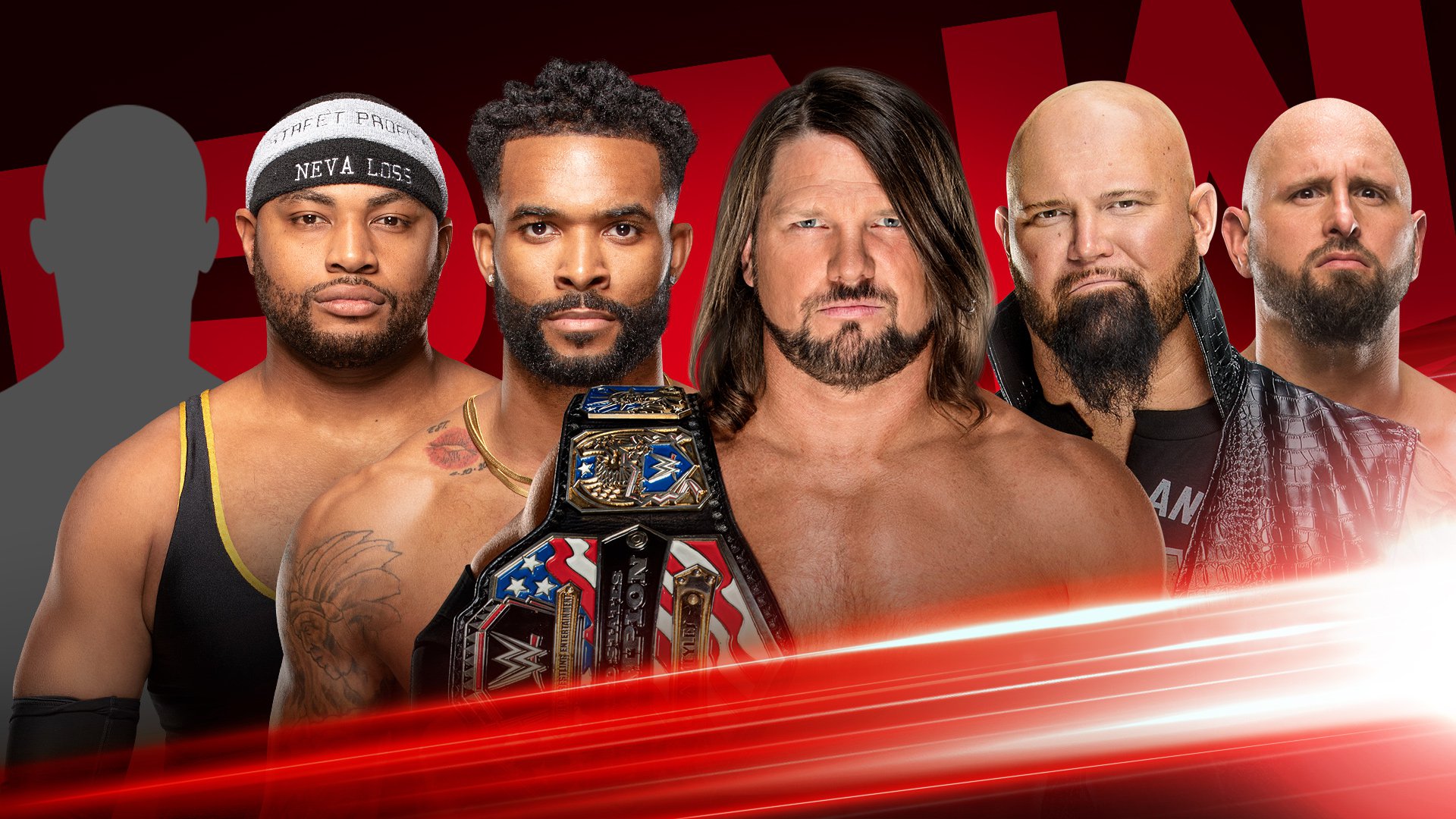 The O.C. landed the first shot in a new turf war with The Street Profits. Montez Ford and Angelo Dawkins will have their chance to respond this Monday — and they’re bringing backup.

They crossed paths backstage last week, with The O.C. ostensibly excited to welcome one of Raw’s newest tag teams to the roster after the WWE Draft. However, it proved to be little more than a ruse, ending in a savage beatdown that has become synonymous with the red brand’s resident bullies.

Now, The Street Profits are set to make their Raw in-ring debuts against the team of Luke Gallows & Karl Anderson with United States Champion AJ Styles, and The O.C. won’t be able to rely on the numbers game this time around with Ford & Dawkins being joined by a mystery friend.

Check out Raw this Monday at 8/7 C on USA Network to see who has aligned themselves with The Sultans of Swag! 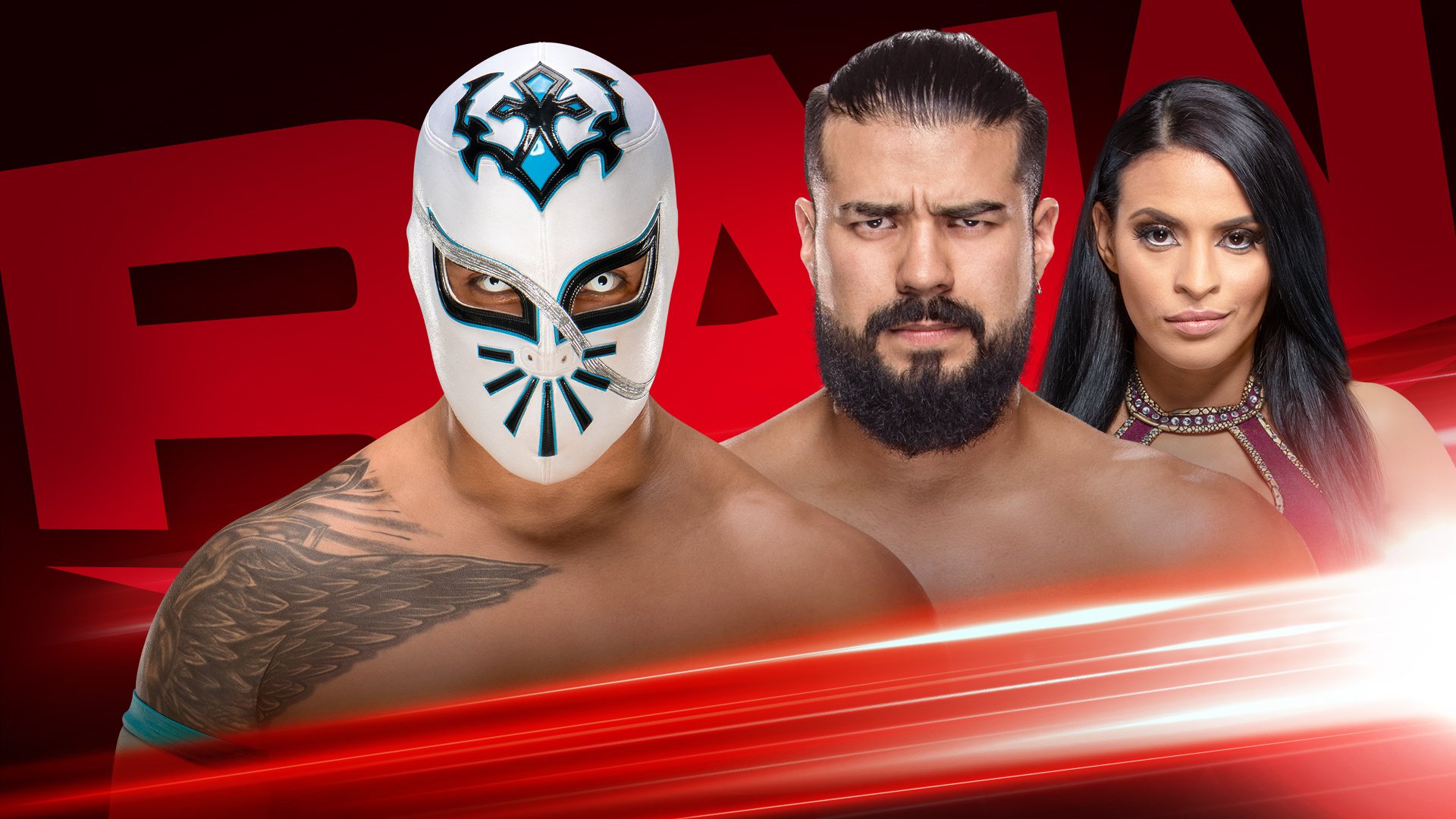 Some were surprised by USA Network’s selection of Andrade and Zelina Vega to close out the first round of the WWE Draft, but they provided immediate return on investment last week with an impressive win over Ali.

Sin Cara, who returns to the red brand after being drafted last week, will look to stifle the hot start to Andrade’s Raw tenure when they meet in one-on-one action.

Be sure to watch Raw this Monday night at 8/7 C to see who reigns supreme in this matchup between two of WWE’s most dynamic competitors. 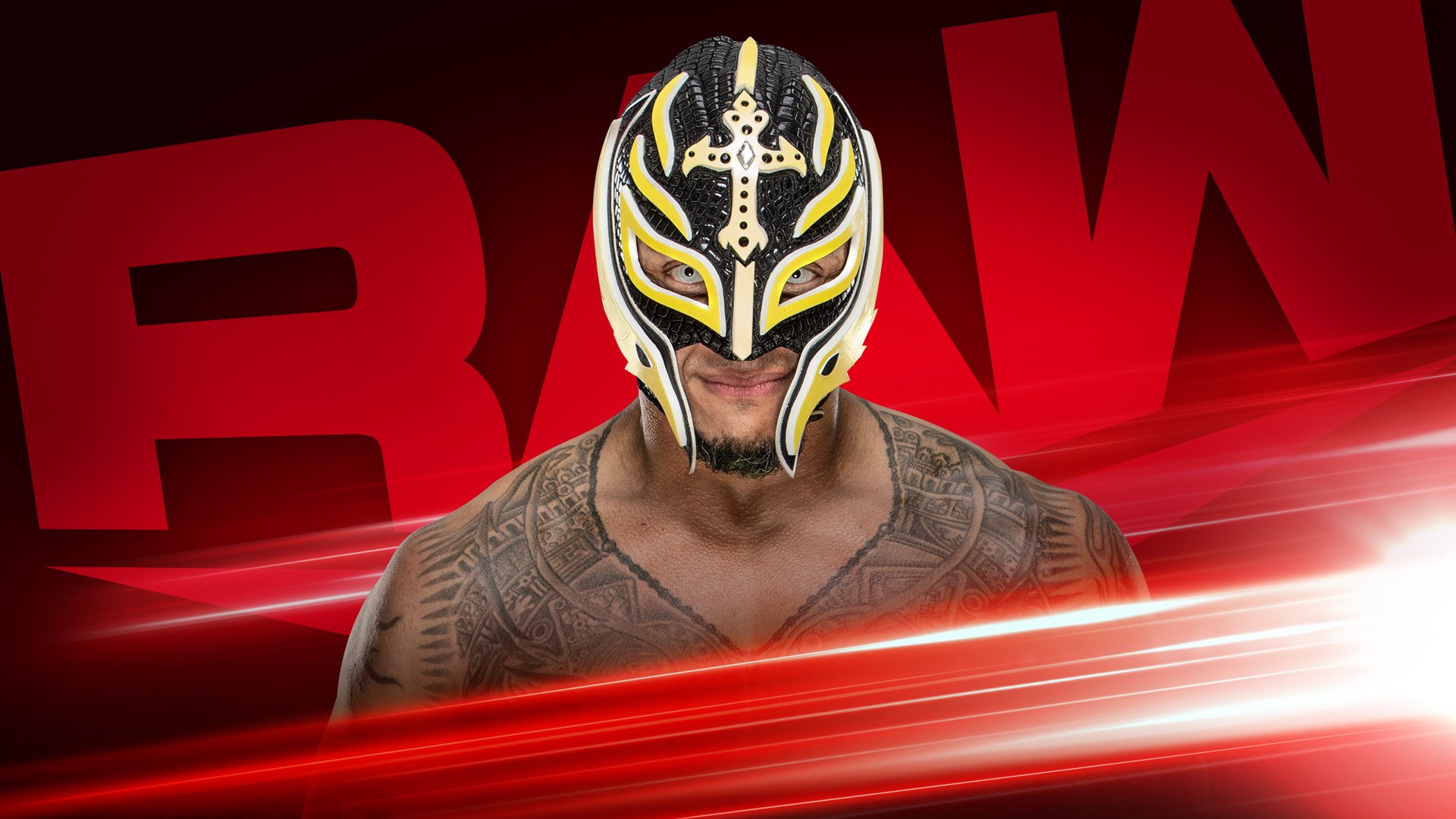 Rey Mysterio will make his first appearance on Raw since being selected in last week’s WWE Draft.

Having evened the odds after his brutal assault last month at the hands of Brock Lesnar by bringing in former UFC Heavyweight Champion Cain Velasquez — who tries to take The Beast’s WWE Championship at WWE Crown Jewel after taking Lesnar’s UFC Title in their previous clash — what is next on the agenda for The Ultimate Underdog?