Orton to Owens: “You think you know me?” 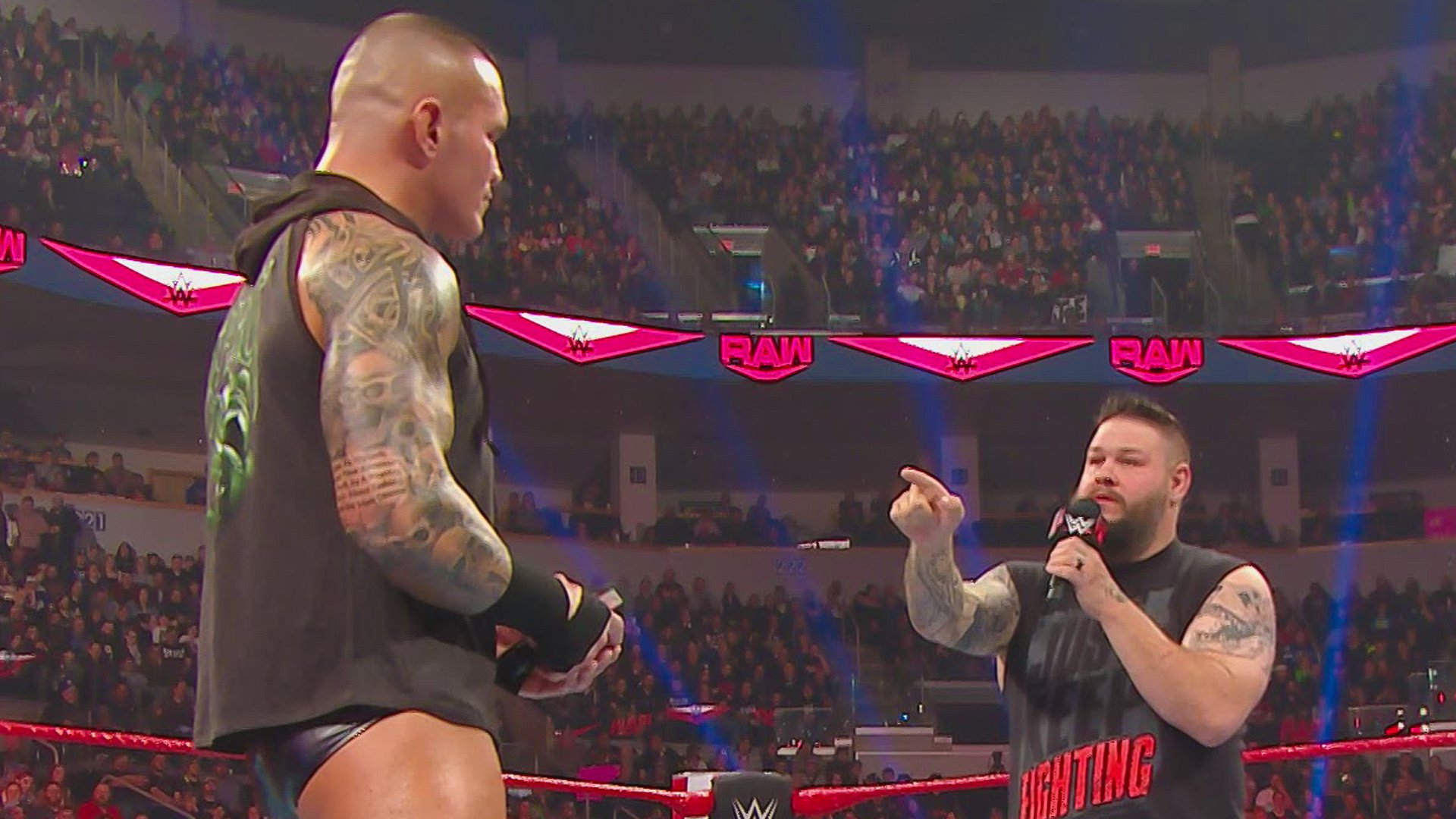 WINNIPEG, MB — Randy Orton is still sorry for what he did to Edge a few weeks ago. Whether you can understand why he attacked the WWE Hall of Famer — he says you can’t, you never could and he didn’t elaborate — he’s still sorry. Kevin Owens isn’t buying it.

The former Universal Champion tore into The Viper as both a Superstar and a fan, blaming him for taking away the chance to face one of his idols. His demands that Orton explain himself went nowhere — “You think you know me?” The Viper cheekily replied — but eventually, Owens hit upon a solution of sorts. Realizing Orton was never going to try to justify his actions, KO simply decided to challenge The Apex Predator to a match, which the former WWE Champion eagerly accepted. All in all, perhaps it’s best Orton has stopped trying to explain himself. Perhaps there’s nothing left to say.

Humberto Carrillo will fight the good fight until the last breath leaves his body, but the last breath may well leave his body before he figures out an answer for Angel Garza.

The suave former NXT Cruiserweight Champion once again outsmarted his do-gooder cousin, pulling ahead at the tail end of a match that was both incredibly crisp and amusingly petty — the two were just as likely to superkick each other as go to the ground in a slap fight like they were play-wrestling on the couch. Things quickly spiraled into an escalating duel of roll-up attempts and Garza opted to fight smart rather than hard, grabbing a handful of his cousin’s tights to keep him to the mat: A cheap-shot tactic that probably worked a hundred times when they were kids. Might as well make it 101.

Beating Brock Lesnar will require something of a miracle, but Ricochet is giving a pretty good argument for getting it done yourself these days. With just three days to go until his WWE Title bout with The Beast, the former United States Champion dispatched Luke Gallows to make it two-for-two against The O.C. following last week’s win over Karl Anderson.

As far as dry runs for Lesnar go, you could do worse than Gallows, who is strong, mean and a noted thrower of hambones. But Ricochet provided a solid example of how he might prevail on Thursday, whittling Gallows down with a blitz of superkicks and dropping him with the 1-2 of the Recoil and Shooting Star Press. He has done all he can, and at this rate, Lesnar will be a cinch. Okay, definitely not a cinch. But maybe. Just maybe …

Is Brock Lesnar looking past Ricochet?

Saying Brock Lesnar is the underdog at WWE Super ShowDown is a stretch, to put it lightly. But even Lesnar zealot/advocate Paul Heyman admitted there’s an unusual amount of pressure with The Beast’s WWE Title defense against Ricochet: If Lesnar loses, The Road to WrestleMania is effectively repaved on the spot.

That is, of course, a big, big “if.” Such a big if, in fact, that Heyman dismissed it as an impossibility, effectively looking past Ricochet to WrestleMania, where Drew McIntyre lies in wait for the WWE Champion. That does, of course, seem like the most likely course of events on paper. Lesnar possesses an advantage over Ricochet in most aspects, plus he owes him one for that below-the-belt uppercut at the Royal Rumble. If everything goes right, Lesnar vs. McIntyre is still the endpoint. And yet the operative word, however unlikely, remains: If.

What can stop Aleister Black? We can cross a sneak attack off the list. Not only did a backstage ambush by The O.C. fail to stop Black from a repeat win over Erick Rowan, it saved the former NXT Champion the trouble of figuring out his next opponent.

Definitely a step slower thanks to the work of the good brothers, Black was forced to play defense and hope Rowan slipped up. He did, in a very unexpected way, accidentally knocking his precious pen off its perch from the ring steps. Rowan understandably tended to the pen, but the distraction allowed Black to regain his footing and catch the big man with a pair of Black Masses for the win. And The Dutch Destroyer didn’t mince words on who he wanted to face next: AJ Styles. Once again, the fight has come to him.

This Thursday, R-Truth and Bobby Lashley will throw their hats into the Tuwaiq Trophy Gauntlet Match. And despite the stiff competition, it’s looking like the match might be Lashley’s to lose.

After an interview with Lashley and Lana on the winter premiere of “Truth TV” went south — The All Mighty didn’t much care to talk about “Sonic the Hedgehog” — a match between the two ended quickly when Lashley countered the scissor kick with a Spear. And yes, Truth once again emulated his childhood hero John Cena in defeat; victory in the Gauntlet Match is looking like a long shot, but one can only hope he makes like his idol and never gives up.

Will Becky Lynch and Shayna Baszler come to blows in the same building? 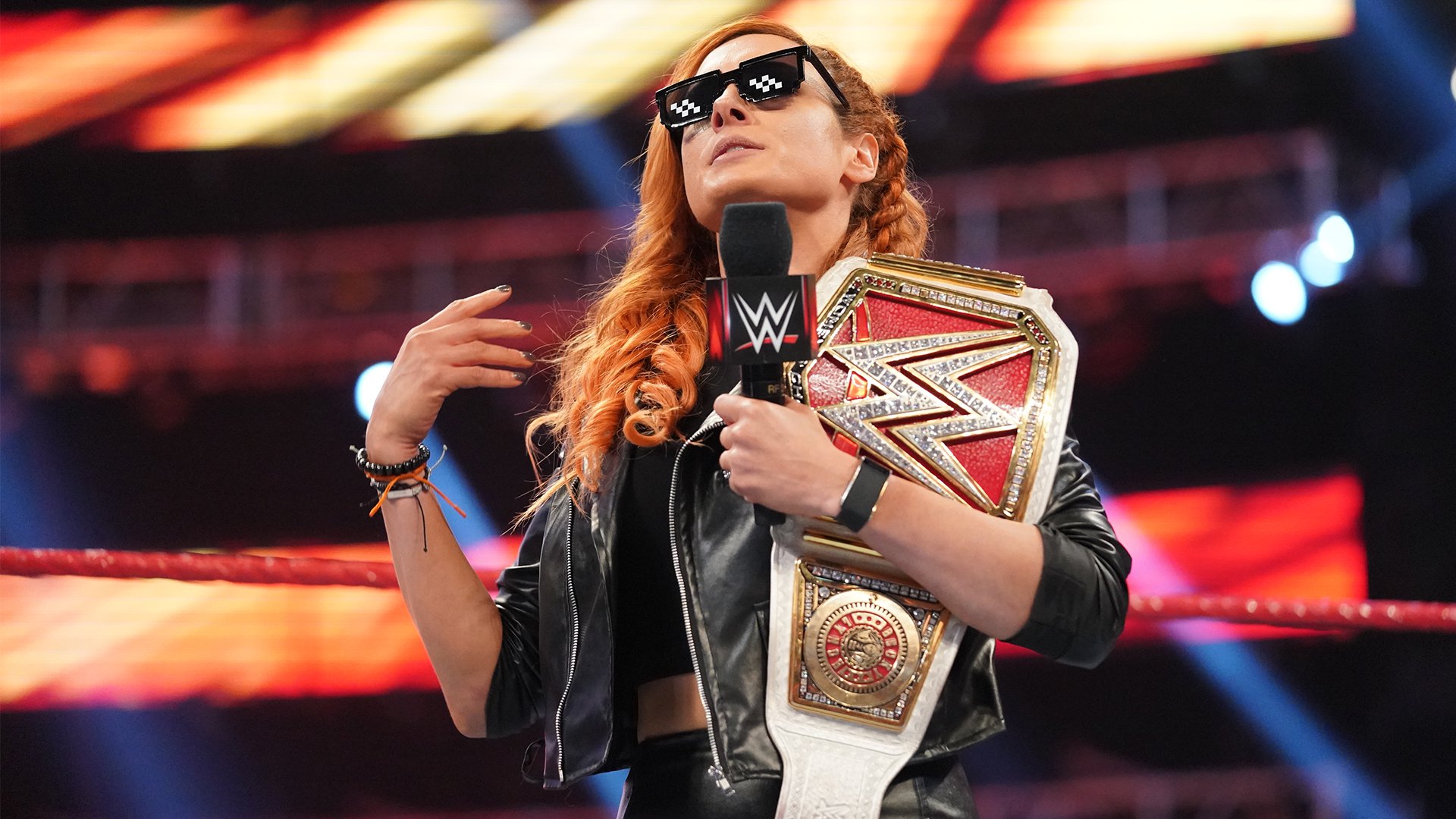 Given what Shayna Baszler did to Raw Women’s Champion Becky Lynch a couple of weeks ago, putting these two in the same building before it’s absolutely necessary is certainly a bold move. But it appeared Raw is indeed going to walk along the razor’s edge, as the Raw Women’s Champion and her potential WrestleMania challenger are slated to be in the same building on Monday night.

What purpose Shayna has on Raw this week is somewhat vague — she’s slated to compete in the Women’s Elimination Chamber Match a few weeks from now, where a bout with Lynch at WrestleMania hangs in the balance. But it’s becoming increasingly clear that these two don’t need much pretense to destroy each other; Becky famously advised Shayna to “find me before I find you,” and now Baszler is seemingly taking her up on that offer, bringing these two combustible elements to each other’s doorstep. The house might not be left standing by the time Tuesday rolls around.

Tune in to Raw, live this Monday at 8/7 C on USA Network.