Gallus confronted Imperium on whose kingdom is NXT UK

Who is the most dominant force in NXT UK? That question hung in the air as the forces of Imperium came before the WWE Universe at the beginning of the latest episode of the rising brand. But, as WWE United Kingdom Champion WALTER was addressing their glory, the faction was suddenly interrupted by the three members of Gallus, fresh off Mark Coffey & Wolfgang’s NXT UK Tag Team Championship victory over Mark Andrews & Flash Morgan Webster.

Though the ensuing confrontation did not turn physical, it was clear that a line has been drawn. The only question now is: Where does the power lie? With Imperium or with Gallus.

Noble as that gesture may have been, it wasn’t enough to overcome the tag team precision of a very focused Gibson & Drake on a mission to reclaim their crown, as they put a definitive end to the efforts of their opponents with Ticket to Mayhem.

But when Grizzled Young Veterans decided to reengage Smith & Carter after the bell, their actions brought Flash Morgan Webster & Mark Andrews to the rescue. Fresh off their NXT UK Tag Team Title loss to Gallus, the dynamic duo cleared the ring of Liverpool’s No. 1 and his partner.

Ligero vs. Travis Banks ends in a Double Pin

In the final moments of Travis Banks’ hard-fought matchup against Ligero, a struggle between the two Superstars to see who would be able to execute the backslide led to both competitors pinning the other’s shoulders to the canvas for a double three-count!

The animosity between Trent Seven and Noam Dar has grown to a fever pitch as of late, so much so that when Dar brought his mind games into a match against Seven several weeks ago, The Artful Dodger snapped and got himself disqualified.

In their highly anticipated rematch, Dar emerged ready to once again get inside his adversary’s head, waving Seven’s own towel in the air and launching a vicious sneak attack on Seven before the bell. Nevertheless, the determined Seven insisted the contest go on as planned and the highly personal huge main event ensured.

Despite injuring his arm early in the bout, and his left knee soon after, Seven matched Dar’s aggressiveness and set the stage for a brutal encounter from start to finish. In the final moments, however, Dar made one last ploy to get inside the head of the Big Strong Boi and paid for it. As he was spitting about the demise of British Strong Style, Seven suddenly grabbed Dar’s fingers and proceeded to snap them. He then lifted Dar into the earth-shattering Birminghammer and seized the satisfaction victory.

Trent Seven to lock horns with Noam Dar once again 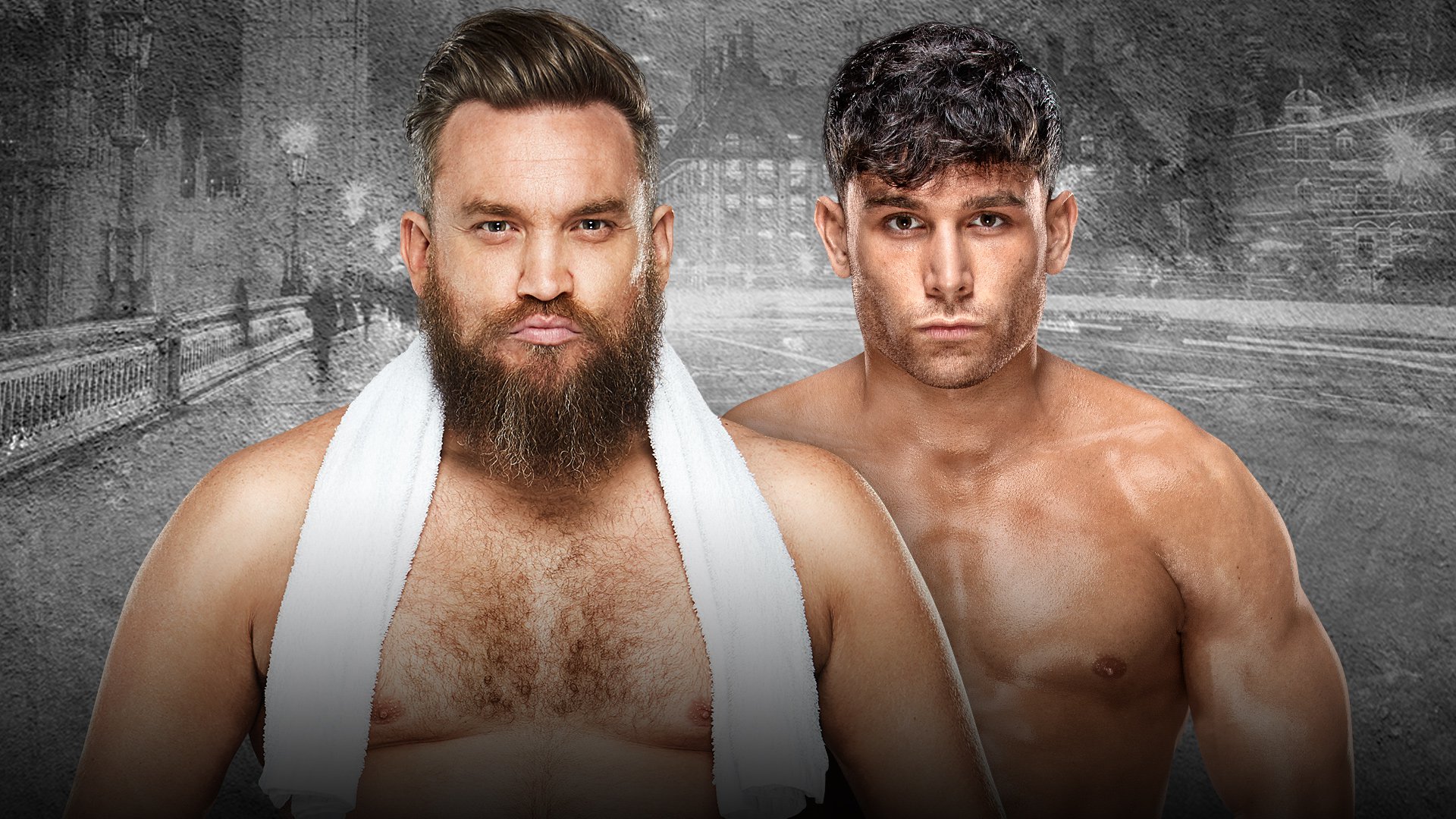 The animosity between Trent Seven and Noam Dar has grown to a fever pitch as of late, so much so that when Dar brought his mind games into a match against Seven several weeks ago, The Artful Dodger snapped and got himself disqualified. Now, the two bitter foes are set to engage in a highly anticipated rematch.