As Piper Niven dealt with the interference of The Fashionista in this week’s NXT UK main event, Rhea Ripley emerged to take out Jazzy Gabert and hand a victory to her former foe. Plus, Gallus put NXT UK Tag Team Champions Mark Andrews & Flash Morgan Webster on notice, Jordan Devlin aggravated “Bomber” Dave Mastiff, The Hunt clashed with Imperium in a post-match brawl and so much more. 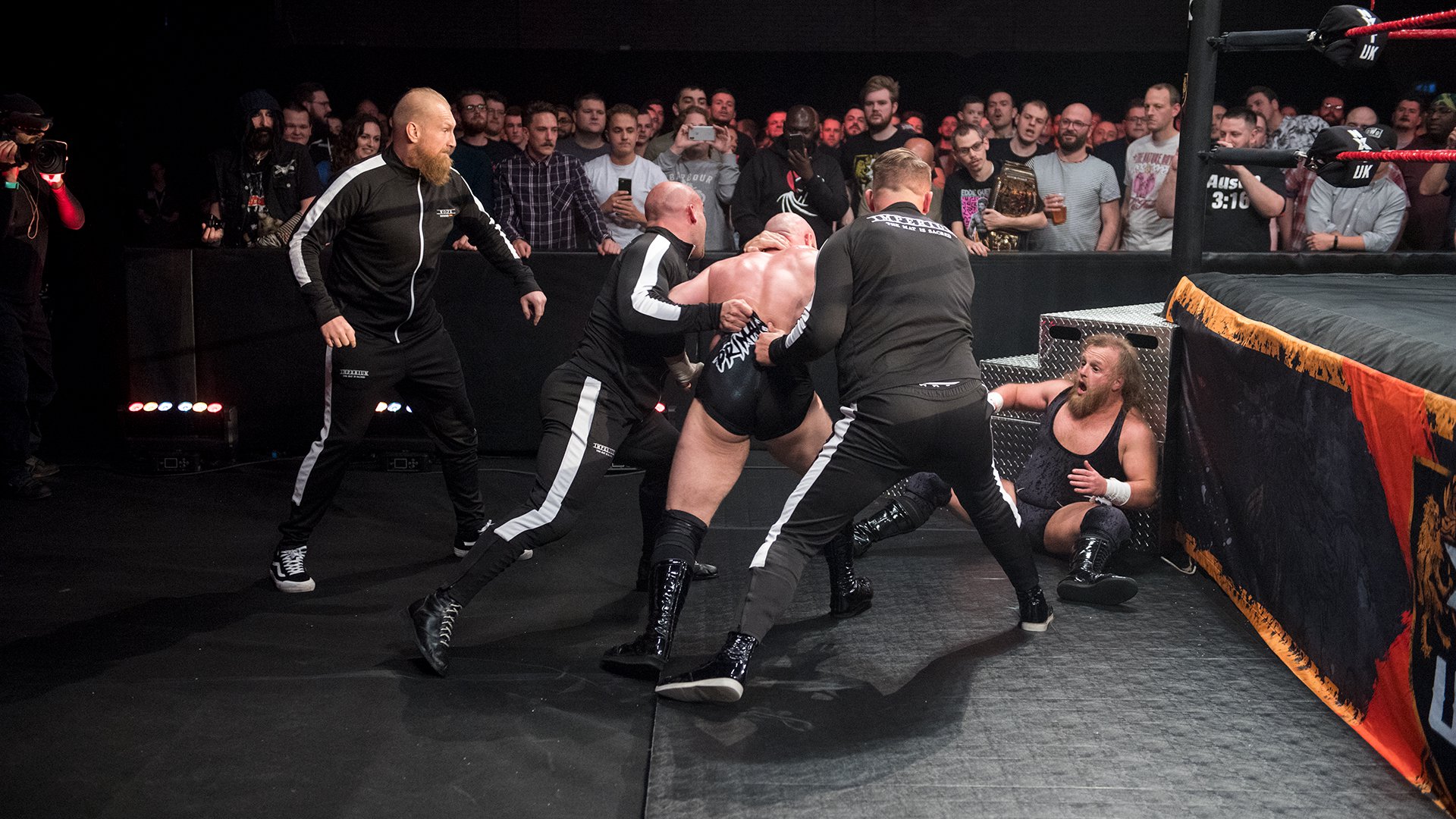 The Hunt was on as Wild Boar & Primate conquered Pretty Deadly in NXT UK’s opening match with a monstrous double headbutt off the top rope.

When Fabian Aichner & Marcel Barthel of Imperium emerged moments after the contest to express their opinion that The Hunt disrespected Imperium’s “sacred” mat, the animalistic tandem charged them and sparked a post-match brawl. Alexander Wolfe soon joined the fray and tipped the scales of madness in the favor of the imposing faction. 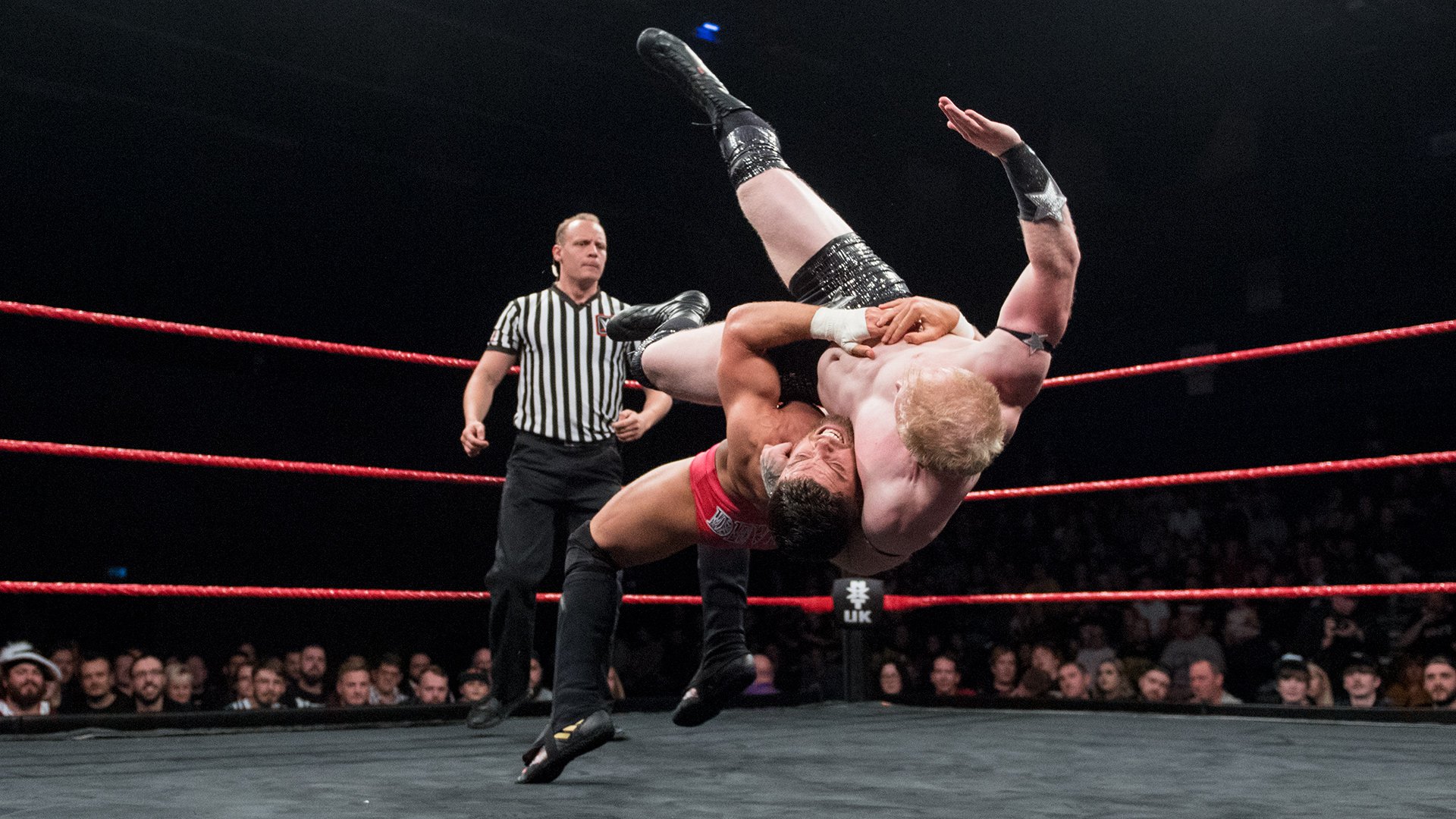 Jordan Devlin racked up another strong victory when he left Jack seeing Starz with the help of the Devil Side suplex.

However, when The Irish Ace picked up a mic after the match and called himself “the biggest star in NXT UK,” the massive Dave Mastiff interrupted to take exception to his larger-than-life remarks.

Though he already had a scheduled match just seconds away, Bomber invited Delvin to throw down with him right then and there. Although Devlin backed away for the moment, the WWE Universe can be sure they have not seen the end of matters between the two competitors. 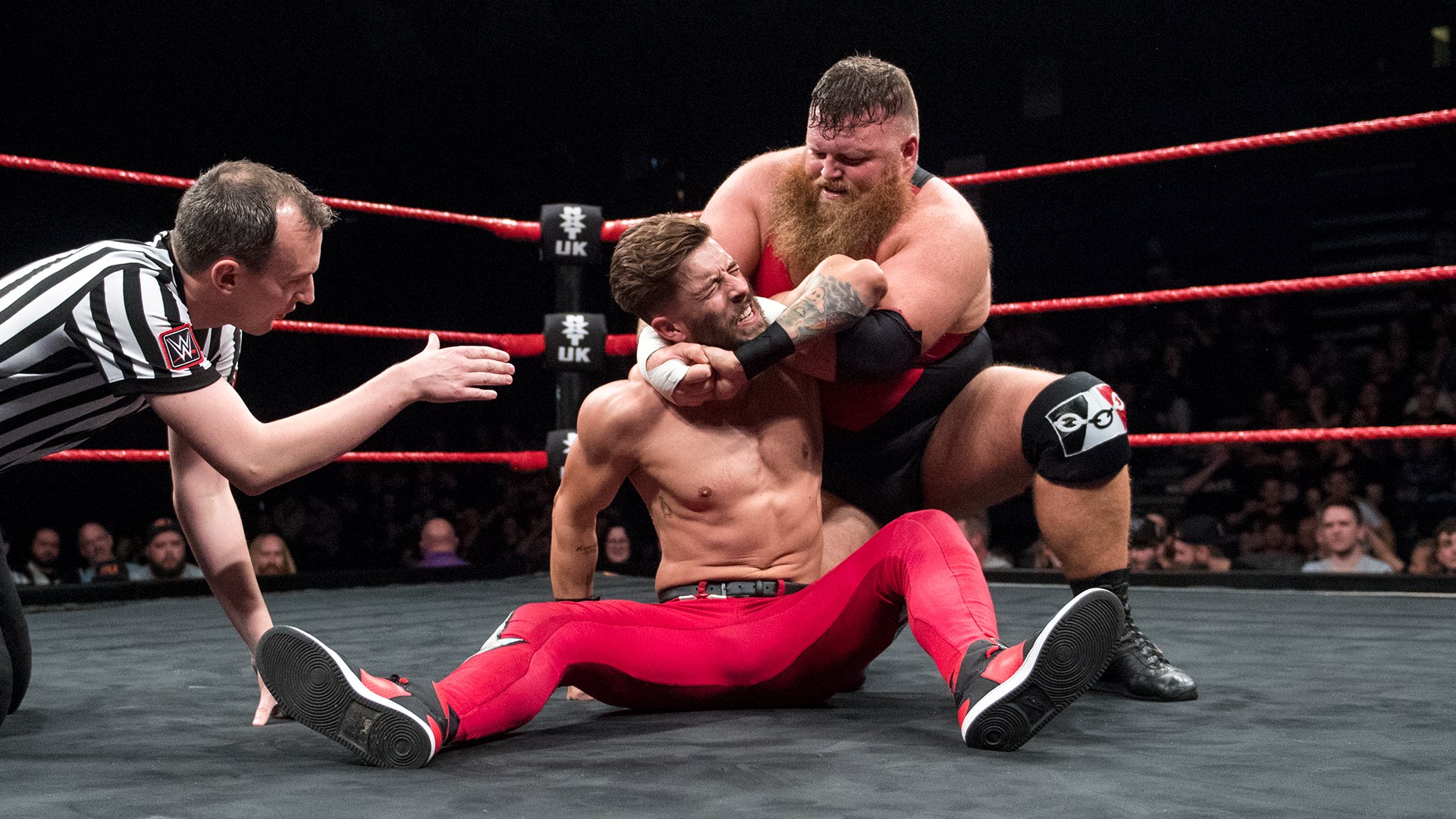 On the heels of his confrontation with Devlin, Dave Mastiff engaged Kenny Williams. And though his opponent carries the name The Lucky Yin, he would not prove fortunate in this outing. Although Williams fought back with a great deal of heart after an ankle injury, Bomber crushed his hopes for victory with the devastating Into the Void. 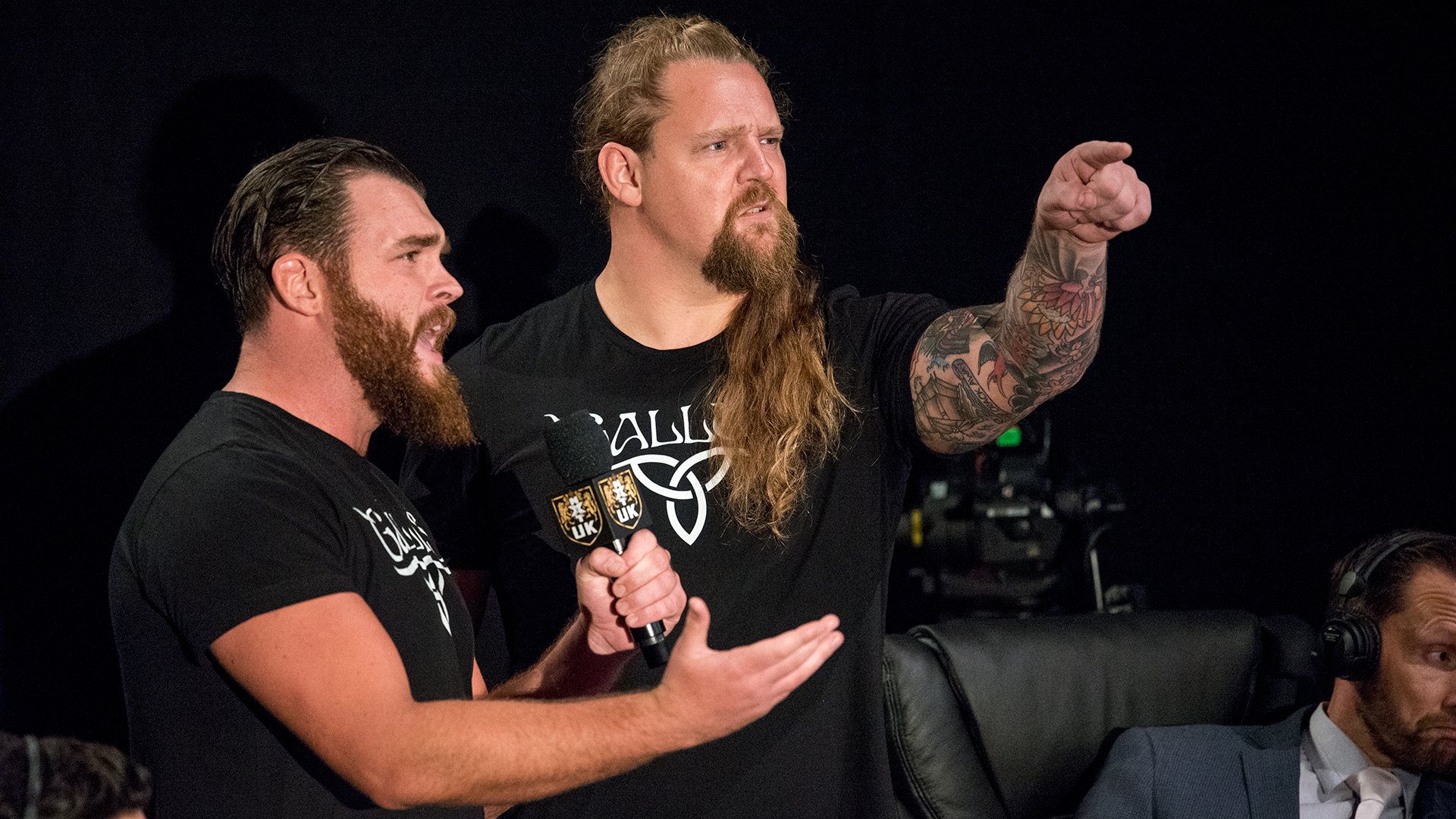 On the heels of the breaking news from the desk of NXT UK General Manager Johnny Saint that Mark Andrews & Flash Morgan Webster will defend their NXT UK Tag Team Championships against Gallus’ Mark Coffey & Wolfgang next week, the imposing Scottish challengers interrupted the titleholders as they were thanking the WWE Universe and sent the message that they are coming after the titles. 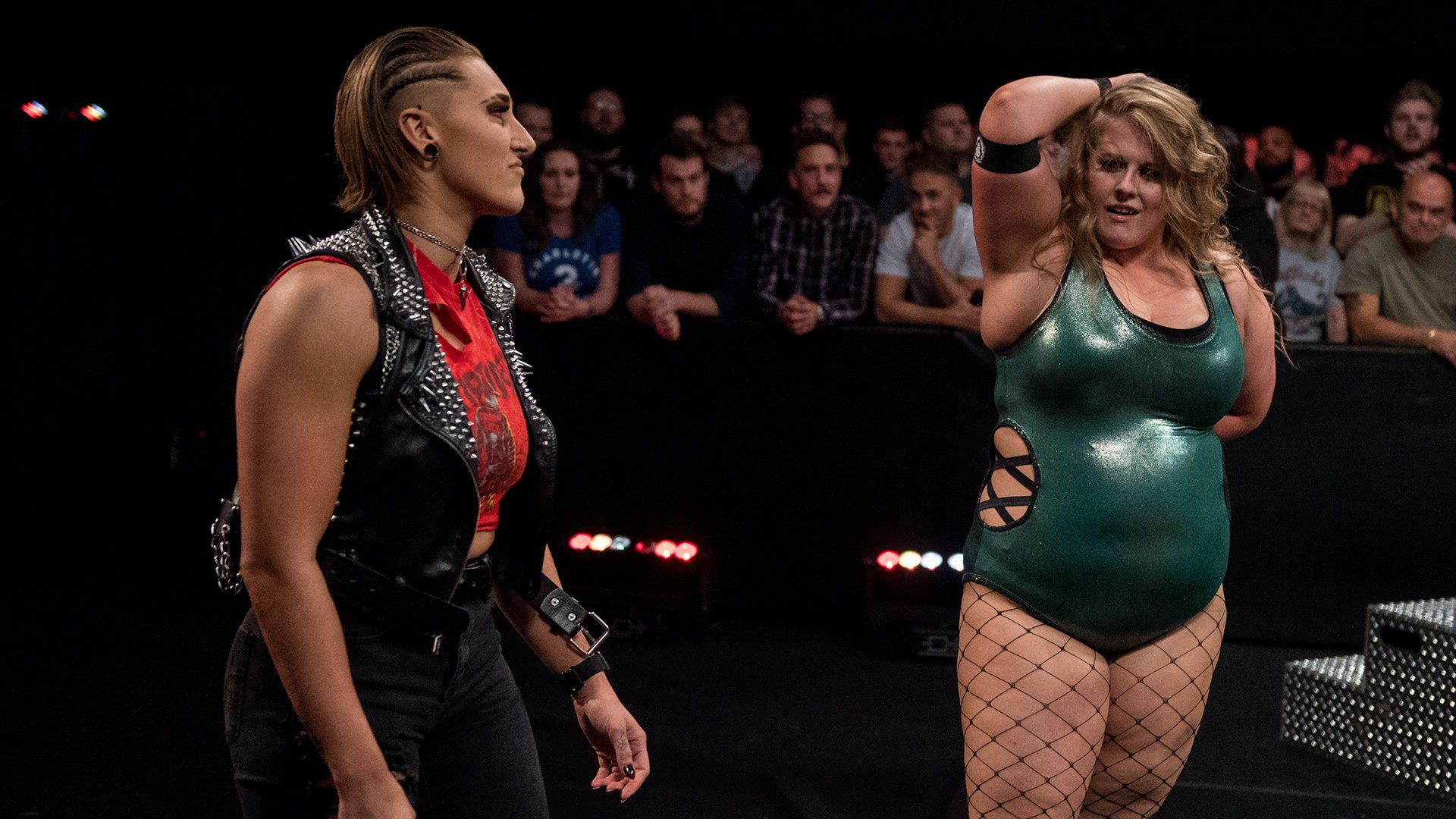 In the wake of her victory over Isla Dawn last week, Piper Niven suffered a sneak attack at the hands of Jazzy Gabert and Jinny during a backstage interview. In response, the dominant competitor was focused on payback against The Fashionista’s right-hand enforcer when she went one-on-one with Gabert in today’s NXT UK main event.

When Jinny got involved in the action one time too many, Niven responded with a vicious headbutt to The Fashionista. With the refereed preoccupied by getting the meddling Superstar out of the ring, Rhea Ripley suddenly came out of nowhere and took out Gabert at ringside to pave the way for a Niven victory.

Was Ripley simply settling an old score? Although we can only speculate as to why The Mosh Pit Kid interfered in the match, her surprise appearance resulted in a huge loss for Gabert. 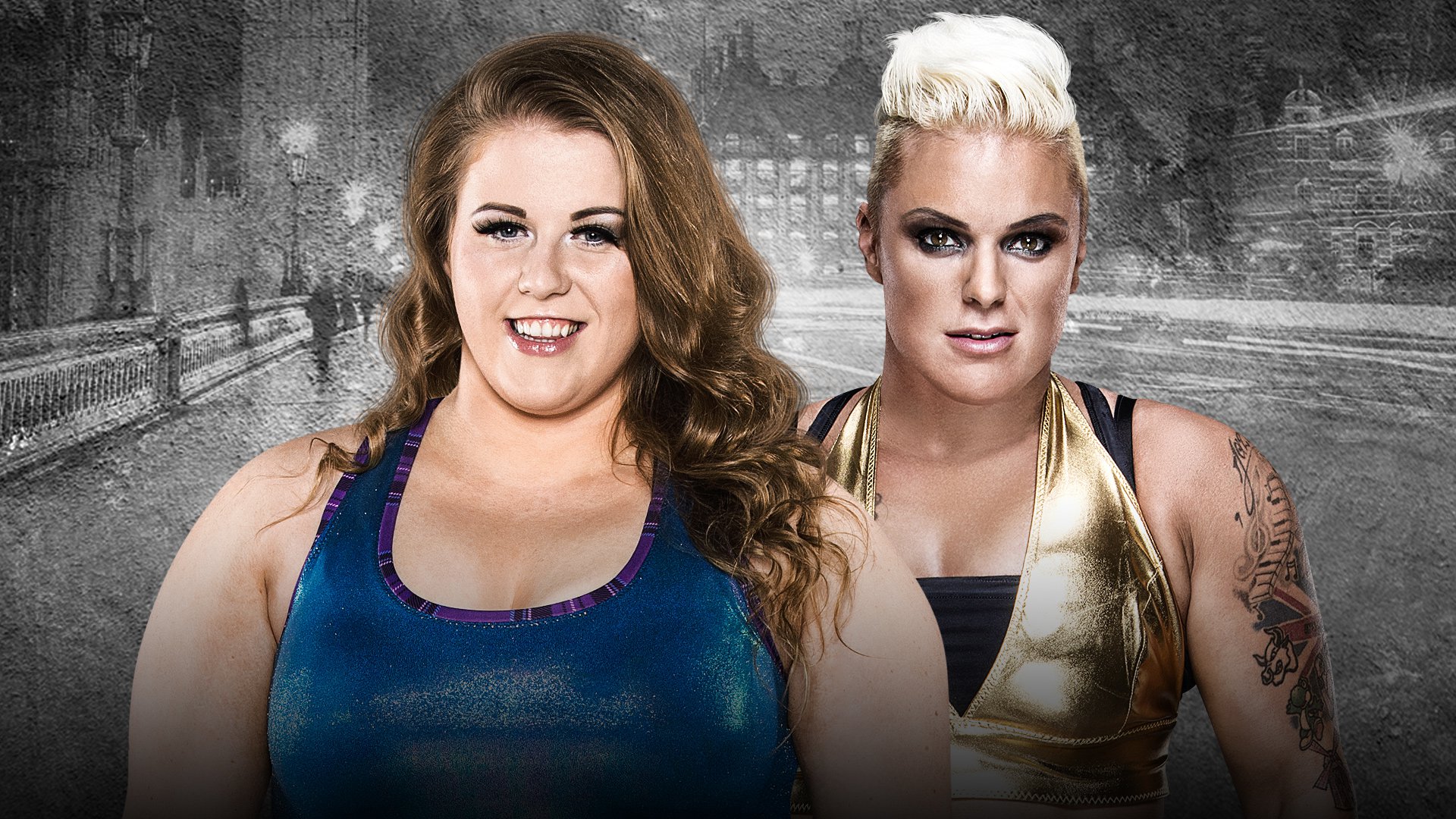 In the wake of her victory over Isla Dawn last week, Piper Niven suffered a sneak attack at the hands of Jazzy Gabert and Jinny during a backstage interview. In response, the dominant competitor is now focused on payback from the Fashionista’s right-hand enforcer when she goes one-on-one with Gabert in today’s NXT UK main event.

In addition, “The Bomber” Dave Mastiff will return to action for the first time since his brutal Last Man Standing Match against Joe Coffey at NXT UK TakeOver: Cardiff when he squares off against Kenny Williams, Jordan Devlin will once again set out to prove how much his talent is being overlooked against the formidable Jack Starz and so much more.