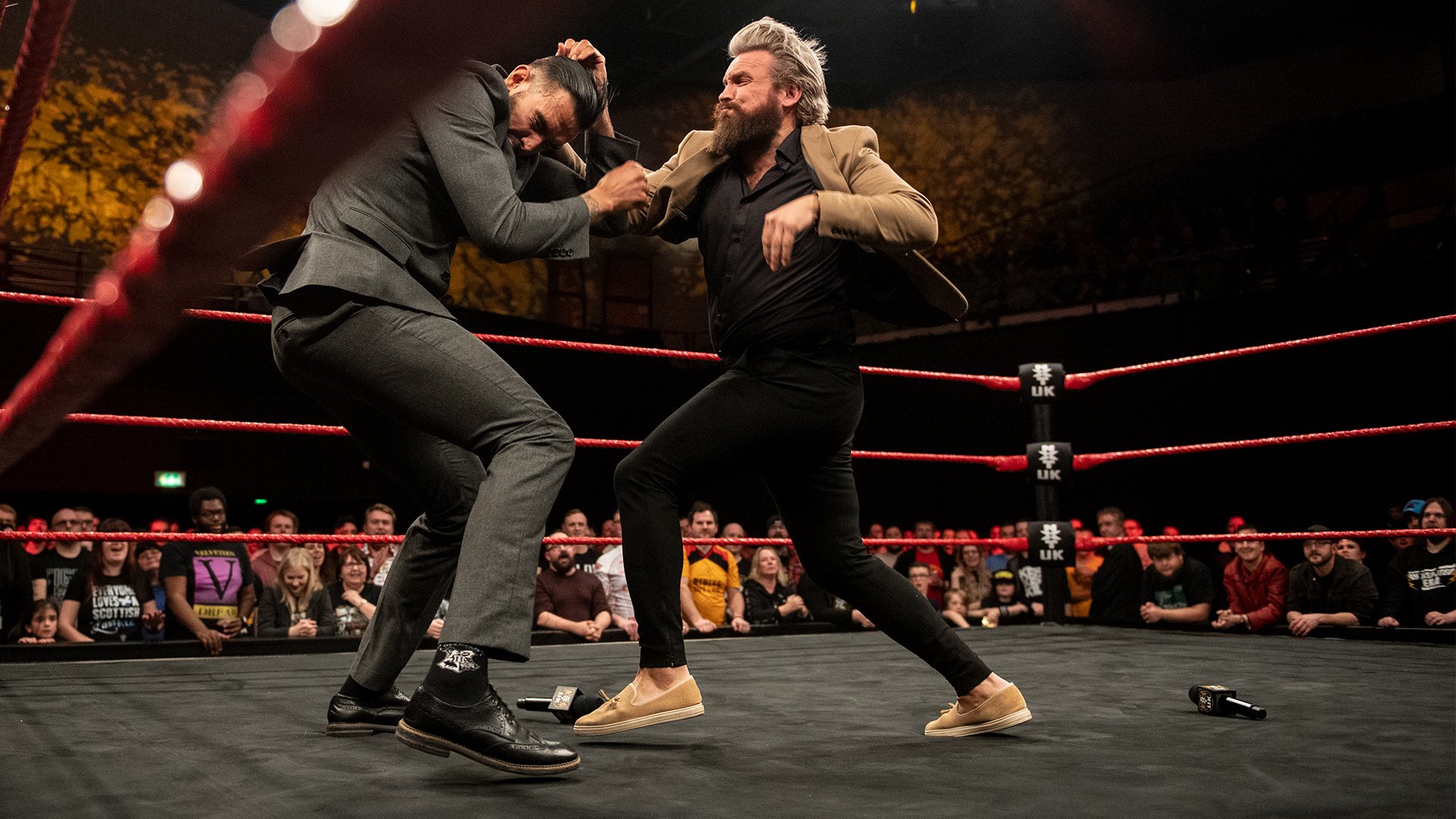 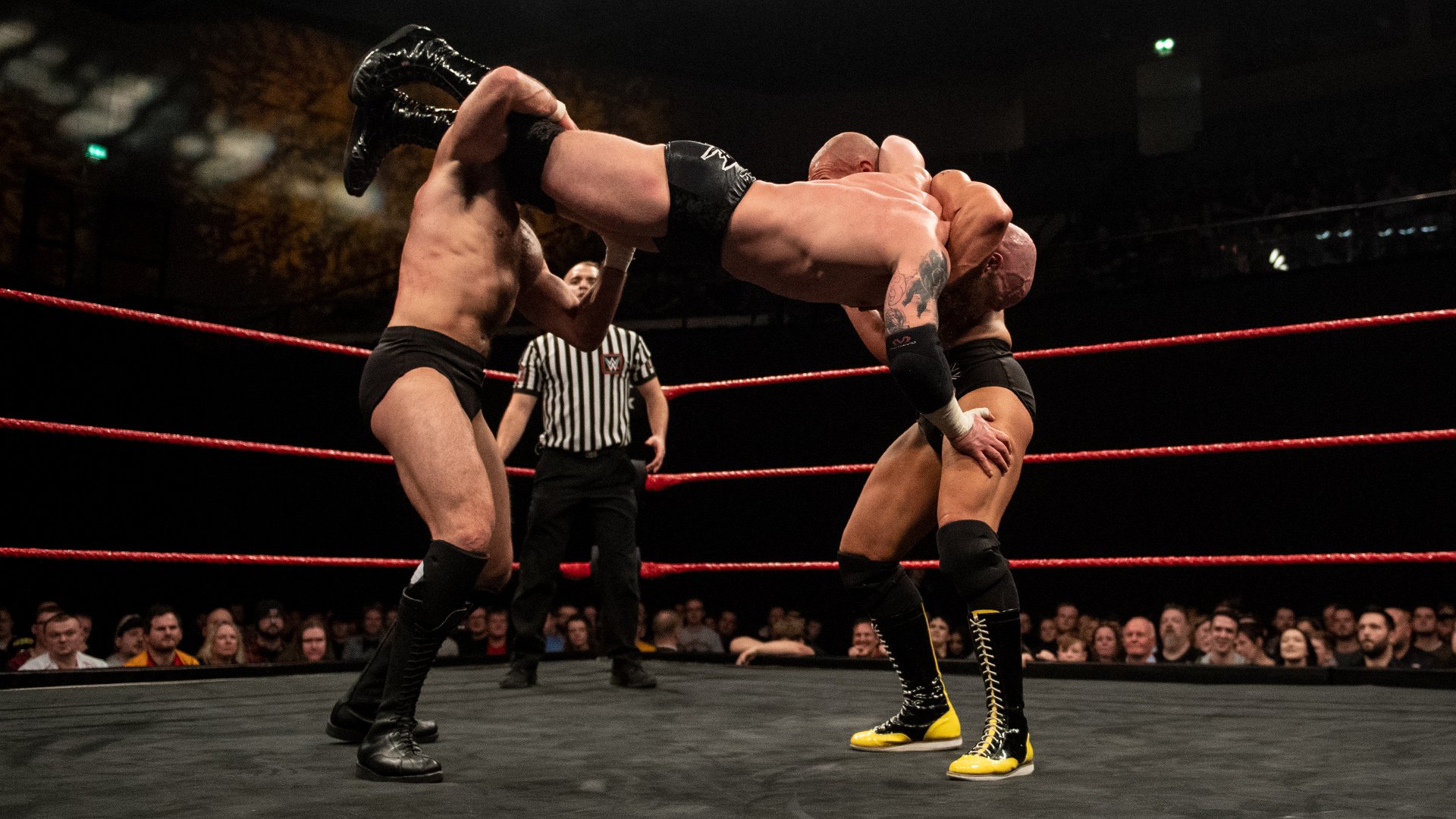 Danny Burch & Oney Lorcan returned to NXT UK for the first time in almost a year to take on The Hunt. In the height of the very physical matchup, Wild Boar missed the splash on Burch as he crashed onto the ringside floor. Seconds later, Lorcan hit Primate with a devastating forearm as the animalistic Superstar was leaping from the ropes. This opened the door for a 2-on-1 big impact DDT for the three-count.

On the heels of his controversial victory against Trent Seven at NXT UK TakeOver: Blackpool II, Eddie Dennis emerged to relish hurling one of the founding fathers of NXT UK over the top rope to the ringside area at the historic event.

In response, The Don hit the scene and accused his adversary of being nothing more than a cheat for exposing one of the turnbuckles in their match. He then proposed a Street Fight Match with all four turnbuckles exposed. When the former Headmaster attempted to once again strike Seven with a microphone, he missed his target, and Seven sent him out of the ring with a series of volatile blows.

The Steel Corners Street Fight was later made official for next week’s show. 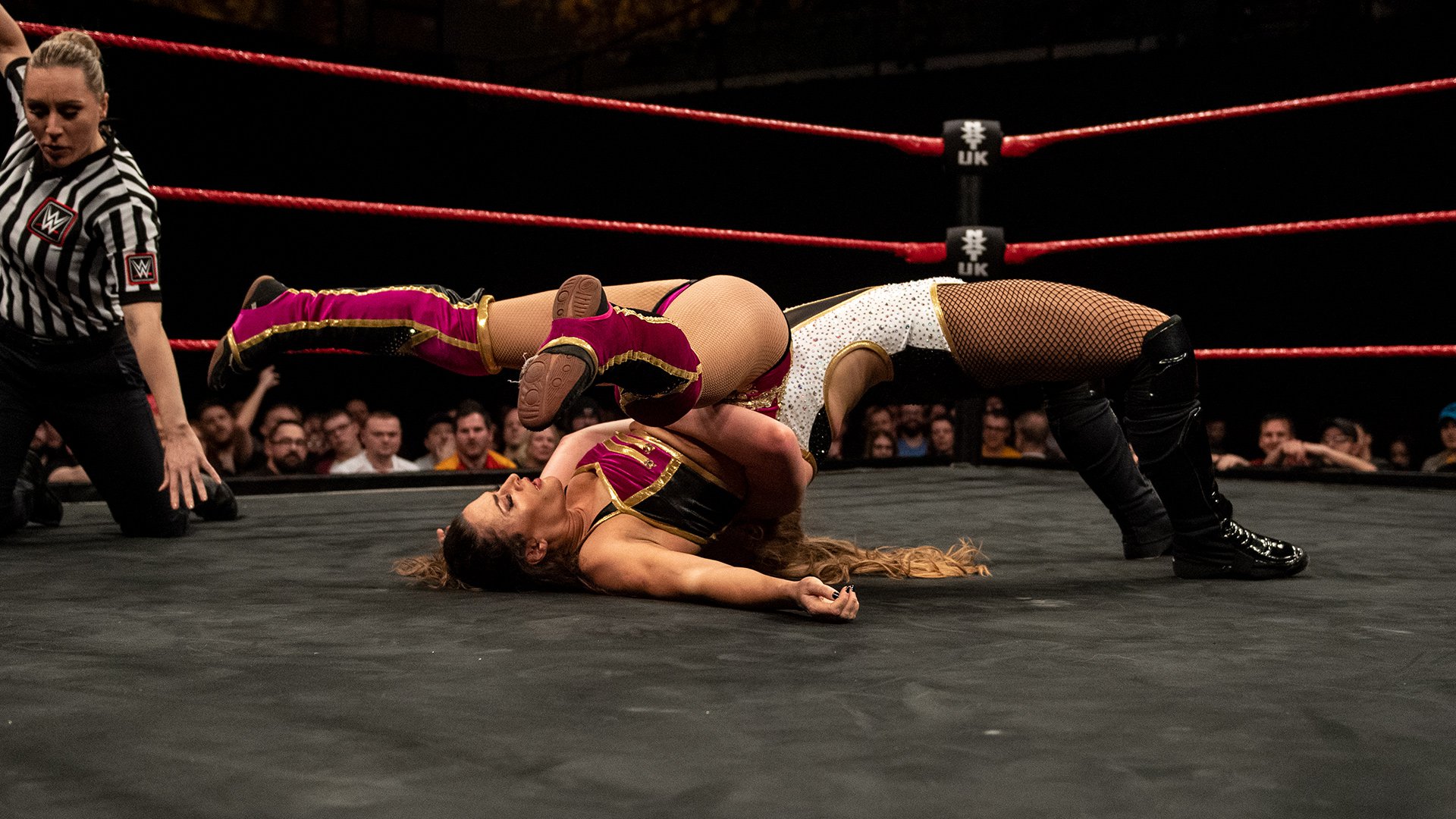 With NXT UK Women’s Champion Kay Lee Ray still standing on top coming out of NXT UK TakeOver, the field to determine her next challenger was wide open, and Isla Dawn emerged to battle Nina Samuels to see which one of them might fill that void.

The White Witch worked her magic when she capitalized on a Samuels knee injury and finished her off with half-and-half suplex into the bridge for the victory. 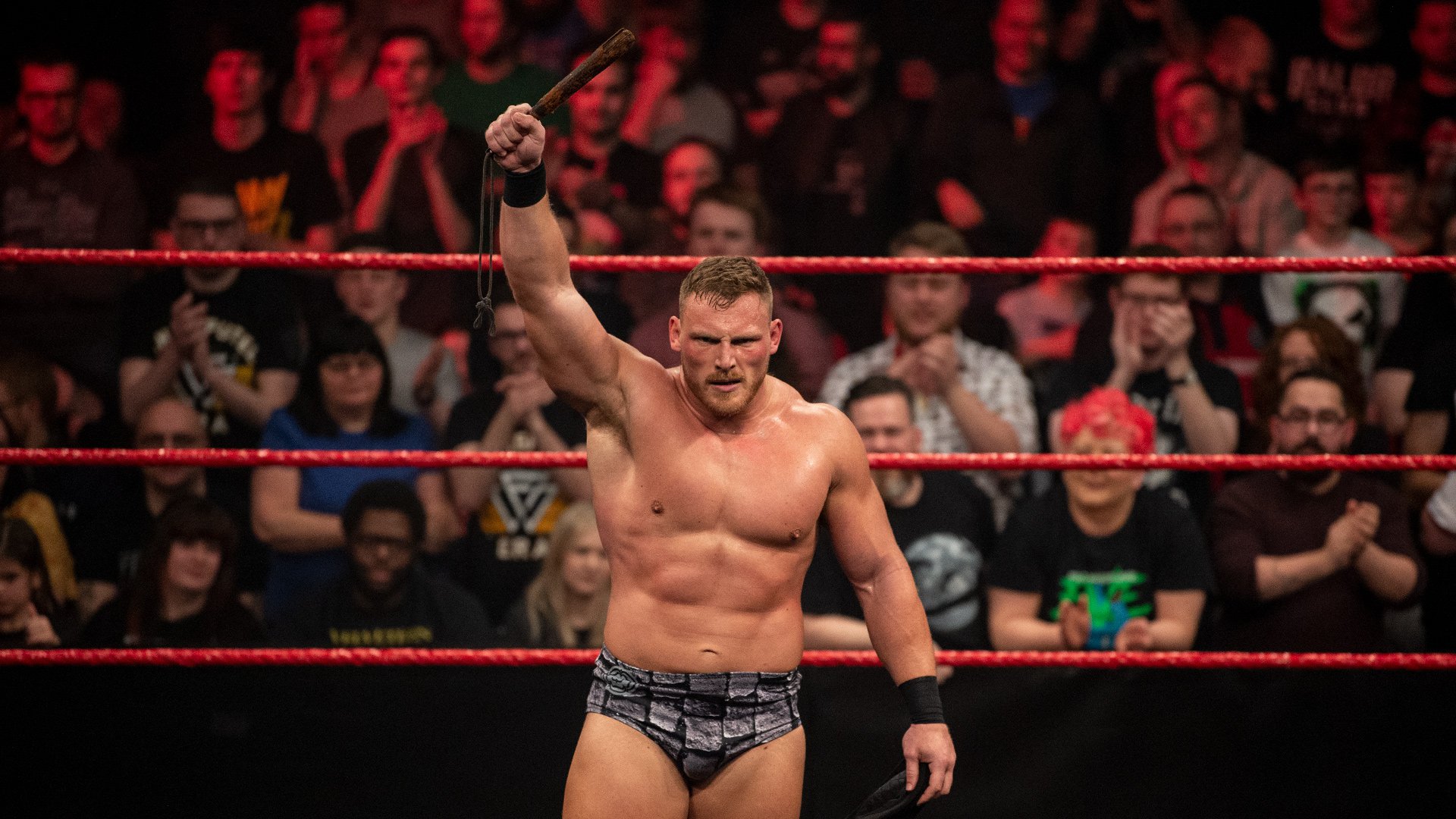 Made of Yorkshire steel, the tough-as-nails Ridge Holland continued his growing winning streak by laying waste to The King of the Travelers Tyson T-Bone with the earth-shattering Northern Grit. 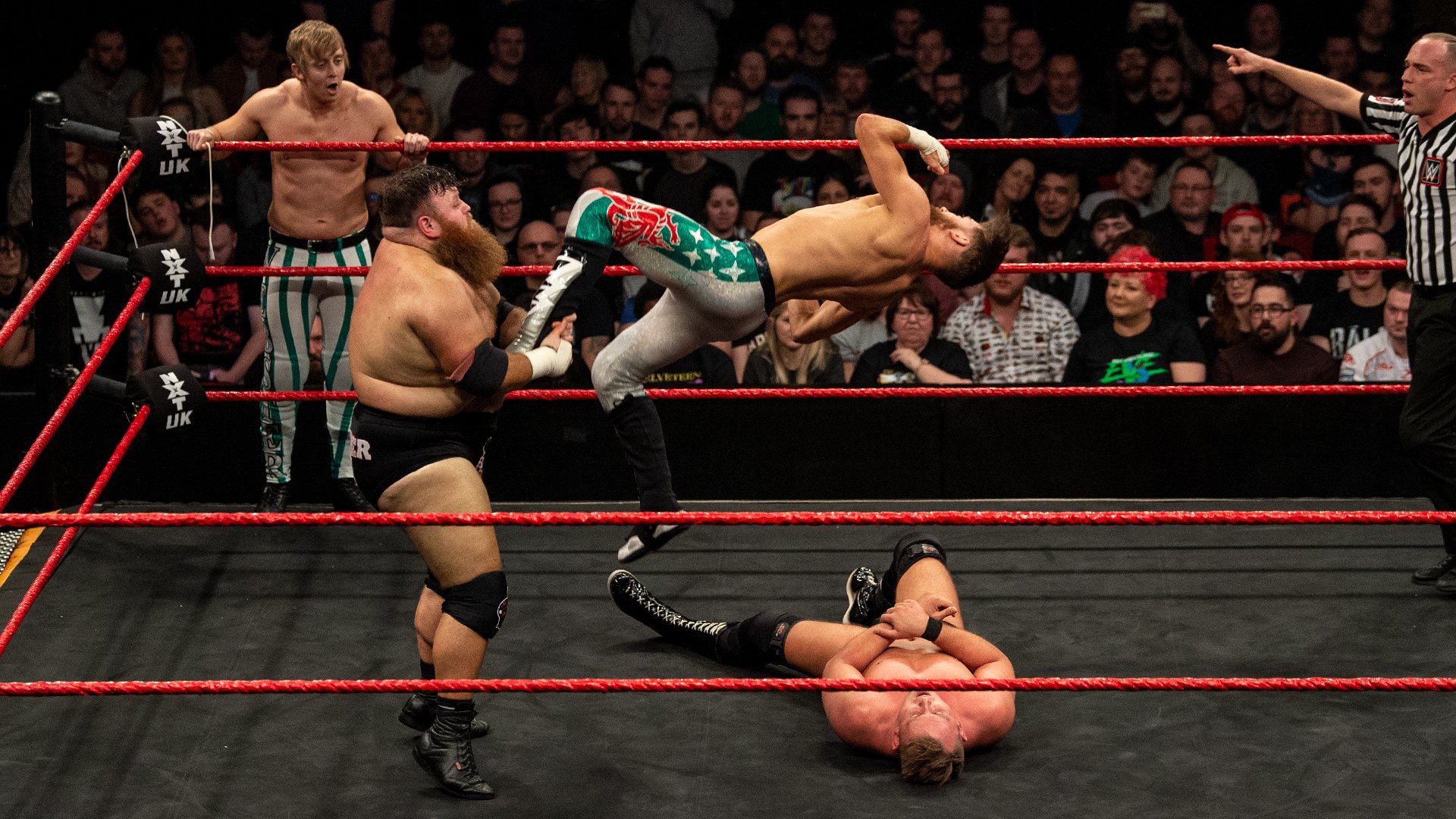 Dave Mastiff once again stood up to the forces of Imperium when he joined Mark Andrews and Flash Morgan Webster against Marcel Barthel, Fabian Aichner & Alexander Wolfe in a Six-Man Tag Team Match.

In the final moment of the hard-fought encounter, all hell broke loose. After leaping from the apron with a Cannonball that took out all three members of the opposition on the ringside floor, the cheeky Mastiff followed up with the Imperium pose. Feeling disrespected, NXT United Kingdom Champion WALTER emerged to take issue, but he was quickly taken down by the dangerous right hand of “Bomber.”

Nevertheless, the distraction allowed Imperium to knock Webster off the turnbuckle and paved the way for Barthel to hurl Andrews into the waiting arms of Aichner for the match-ending Brainbuster.

Bombs away on an intense Six-Man Tag Team contest 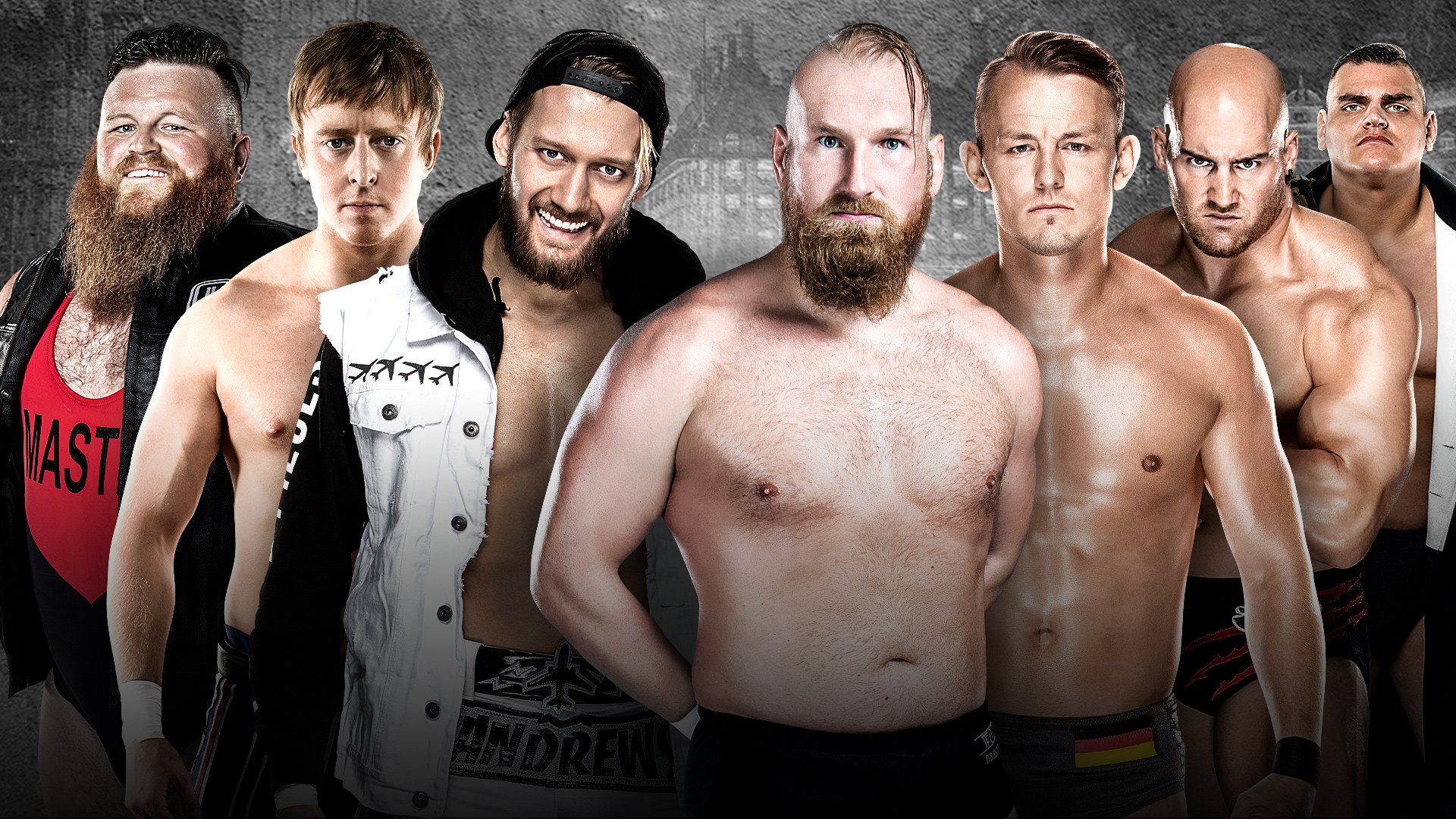 In the wake of Worlds Collide, ”The Bomber” Dave Mastiff will once again stand up to the forces of Imperium when he teams with former NXT UK Tag Team Champions Mark Andrews & Flash Morgan Webster against Imperium’s Marcel Barthel, Fabian Aichner & Alexander Wolfe in a Six-Man Tag Team Match.

Plus, Danny Burch & Oney Lorcan return to the rising brand to battle The Hunt, Isla Dawn takes on The Nina Samuels Show and so much more.