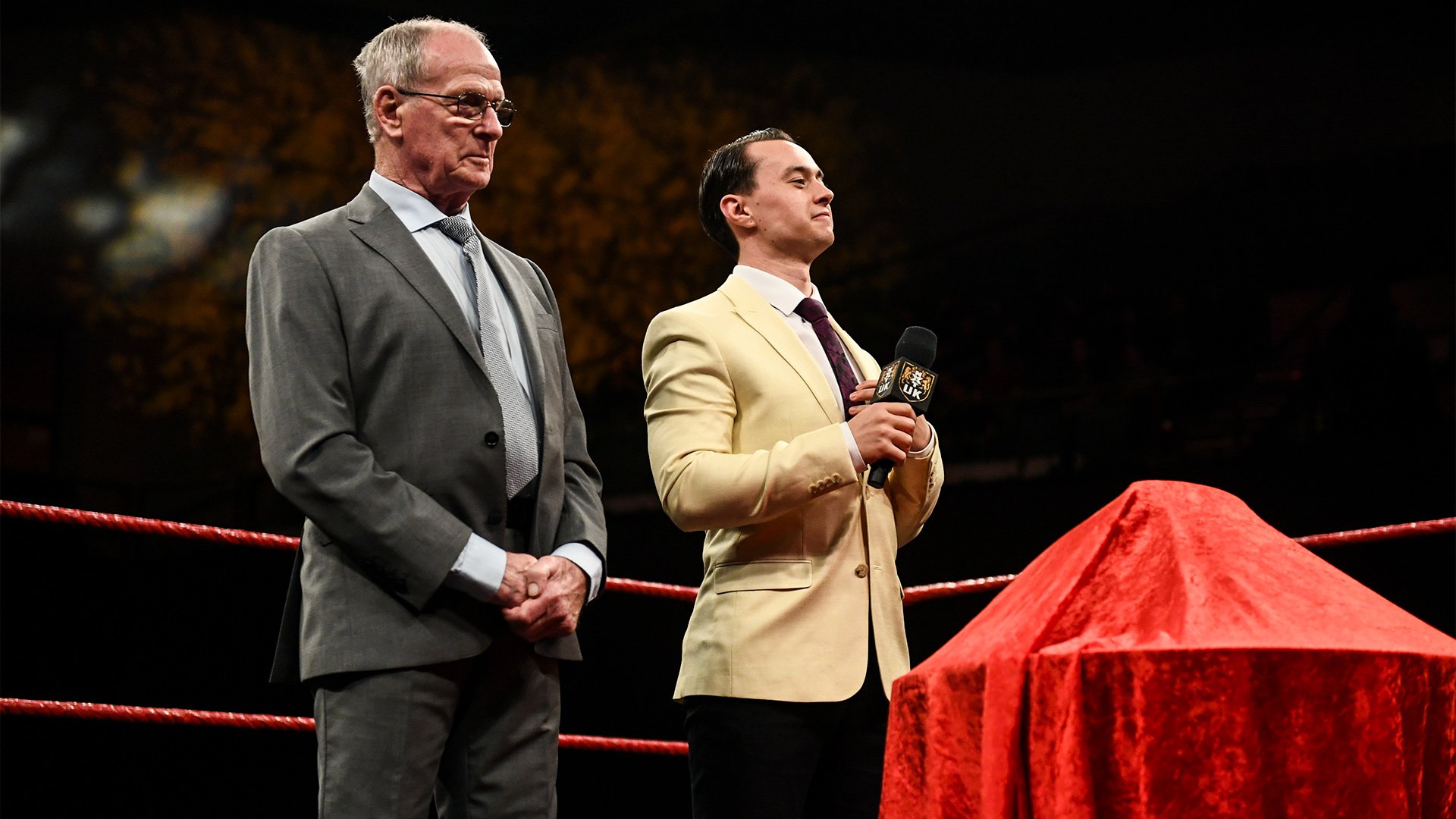 Flanked by Imperium, WALTER was on hand to lay claim the newly introduced NXT United Kingdom Title and expound on his defeat of Joe Coffey at TakeOver: Blackpool II as well as how he and his dangerous faction will dominate Undisputed ERA at Worlds Collide this Saturday. 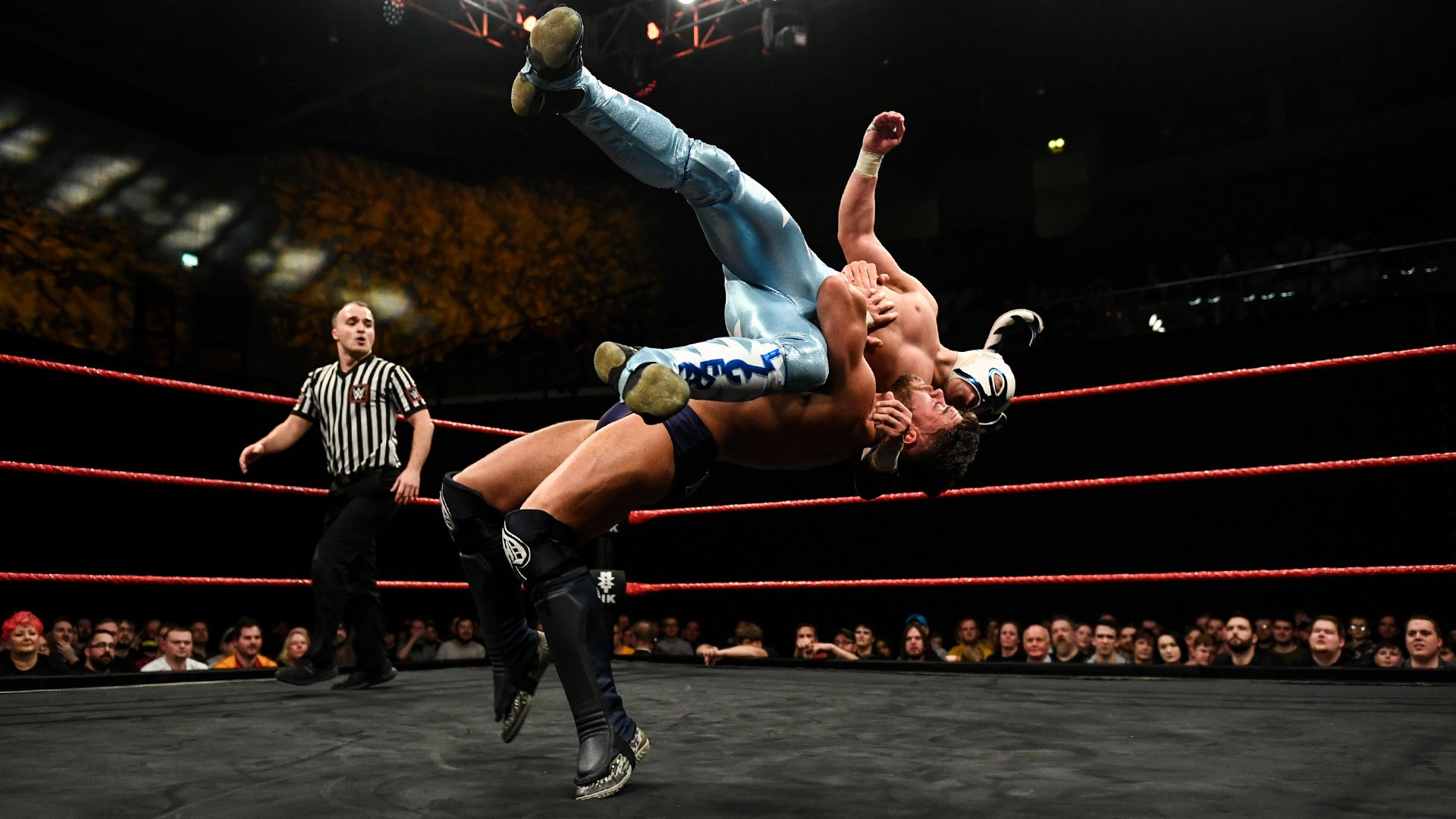 Jordan Devlin once again showed the WWE Universe why you must never bet against The Irish Ace when he used Devlin Side to conquer a very game Ligero and earn a place in World’s Collide’s NXT Cruiserweight Championship Fatal 4-Way Match. He will face titleholder Angel Garza, Isaiah “Swerve” Scott, and whomever won the matchup between Travis Banks and The Brain Kendrick in NXT UK’s main event. 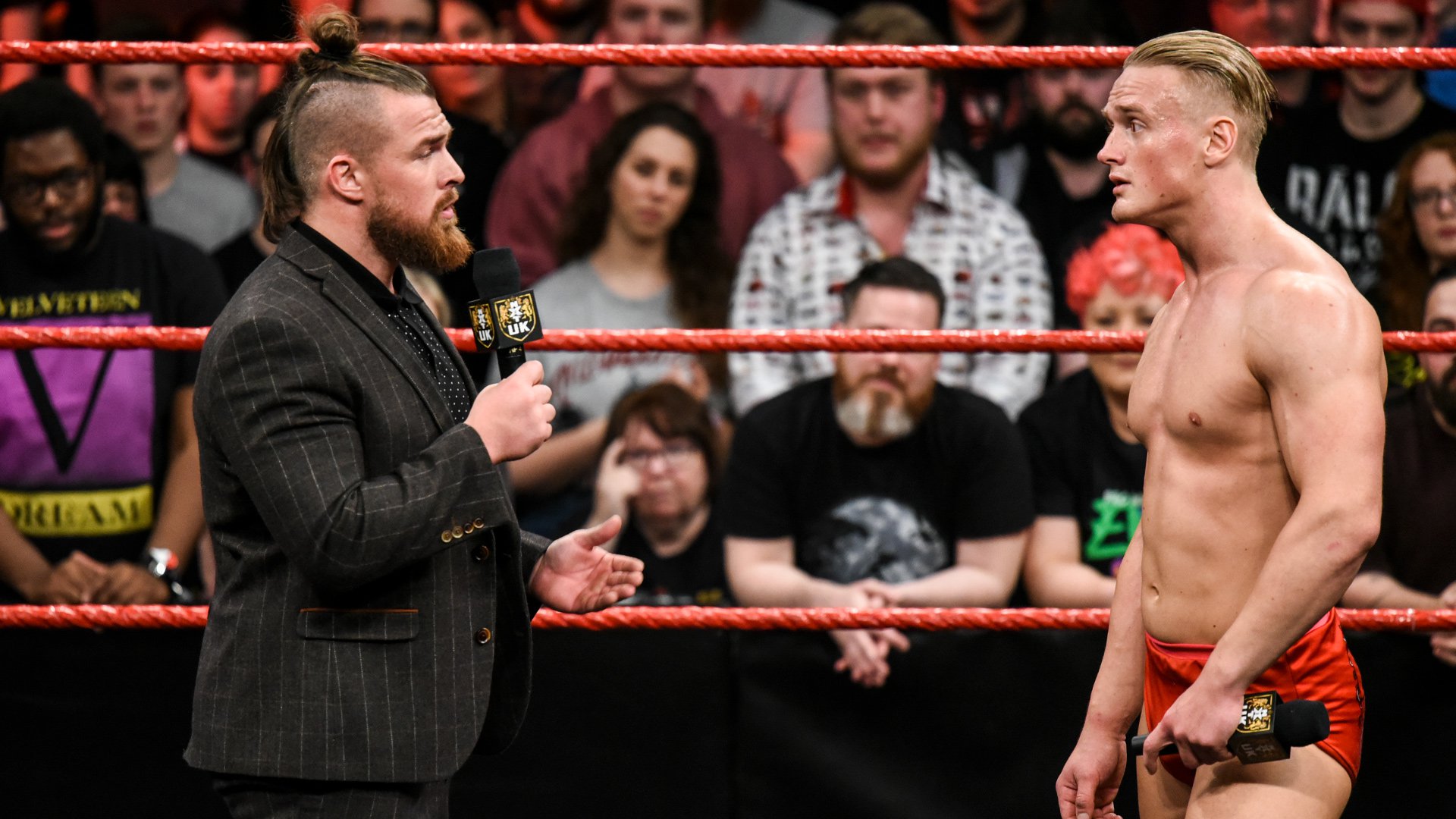 Moments after Ilja Dragunov laid waste to Josh Morrel, Gallus’ Joe Coffey joined him in the squared circle. Because Dragunov’s actions at NXT UK TakeOver: Blackpool II accidently injured Coffey mid-match against United Kingdom Champion WALTER, The Iron King hold him responsible for the loss and made it clear that once Ilja was done with Finn Bálor at Worlds Collide, they will have a score to settle between them. 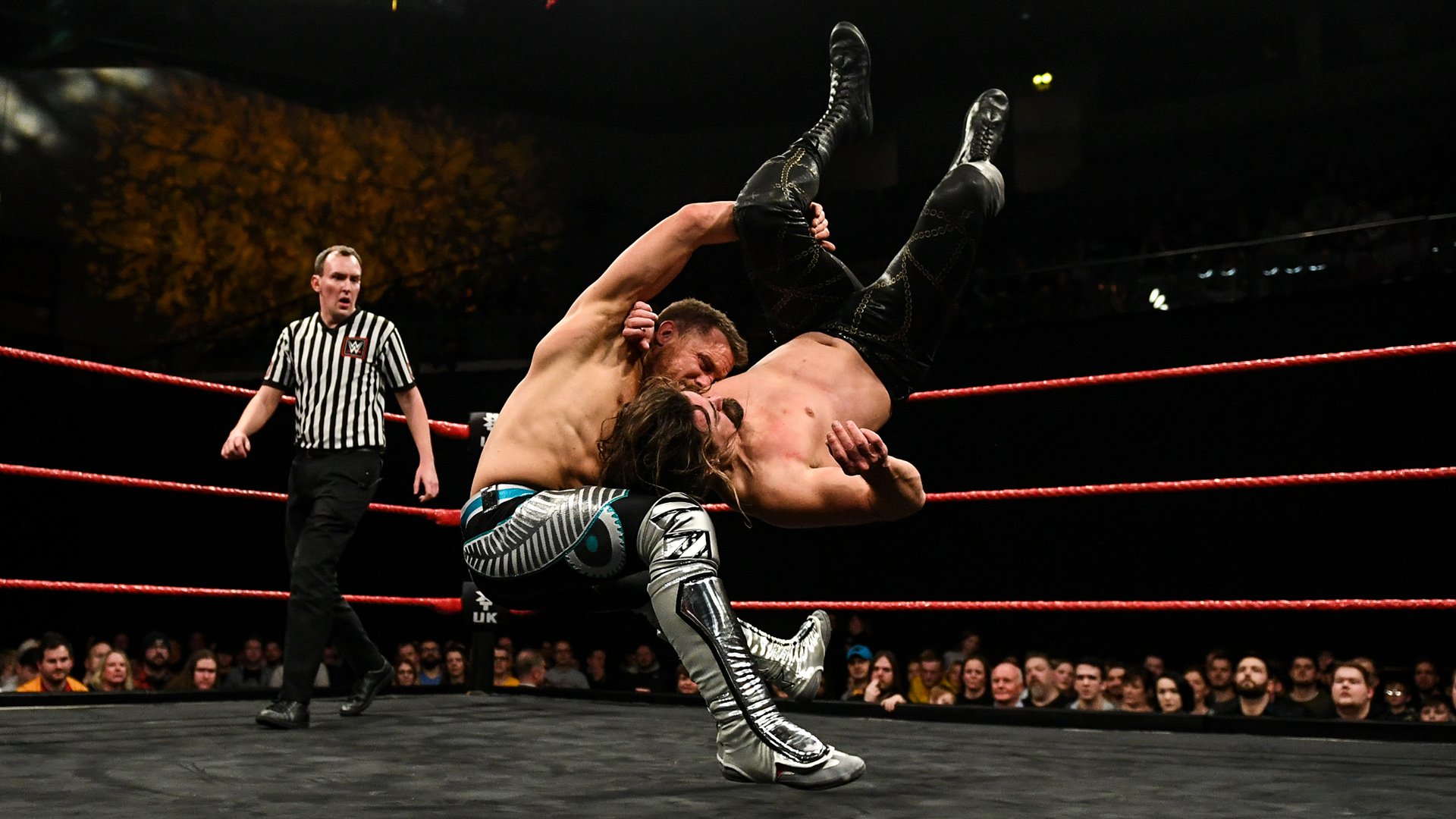 In the second qualifying match of the evening, Travis Banks used the Kiwi Crusher to conquer former Cruiserweight Champion The Brain Kendrick and earn the right to compete in a Fatal 4-Way Match at Worlds Collide for the NXT Cruiserweight Title against titleholder Angel Garza, Isaiah “Swerve” Scott and Jordan Devlin.

Who will be added to the NXT Cruiserweight Title Fatal 4-Way Match at Worlds Collide? 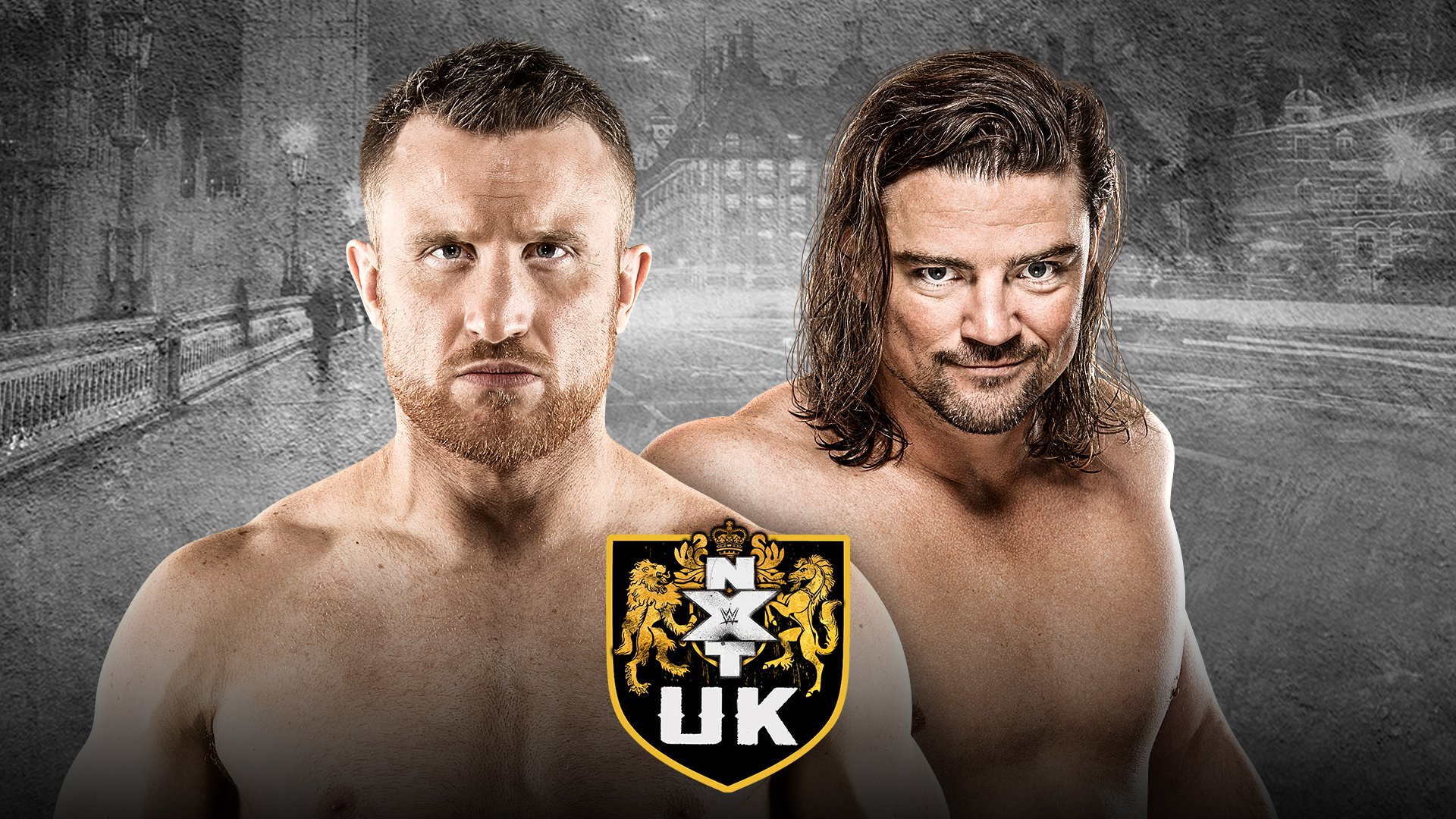 Two of NXT UK’s premier competitors will clash next Thursday with a huge opportunity hanging in the balance, when Jordan Devlin takes on Ligero. The winner will be one of two NXT UK representatives in the Fatal 4-Way Match for the NXT Cruiserweight Championship at Worlds Collide on Jan. 25.

Both men are looking to bounce back after losses, with Ligero coming up short against Kassius Ohno and Devlin falling to Tyler Bate in a thrilling battle at NXT UK TakeOver: Blackpool II.

Travis Banks vs. The Brian Kendrick

NXT UK’s second representative in the NXT Cruiserweight Championship Fatal 4-Way Match at Worlds Collide will be determined next Thursday, when Travis Banks squares off with former titleholder The Brian Kendrick.

The Kiwi Buzzsaw has impressed on both sides of the pond in recent weeks, picking up a win over The Forgotten Sons’ Jaxson Ryker and hanging with Pete Dunne, the longest-reigning WWE United Kingdom Champion in history.

But to get to Worlds Collide, he’ll have to get through Kendrick, a former Cruiserweight Champion himself. Kendrick will no doubt be looking to catapult himself back into title contention at the expense of Banks.

Who will move on to Houston? Find out on NXT UK, today at 3 ET/8 GMT on the award-winning WWE Network!