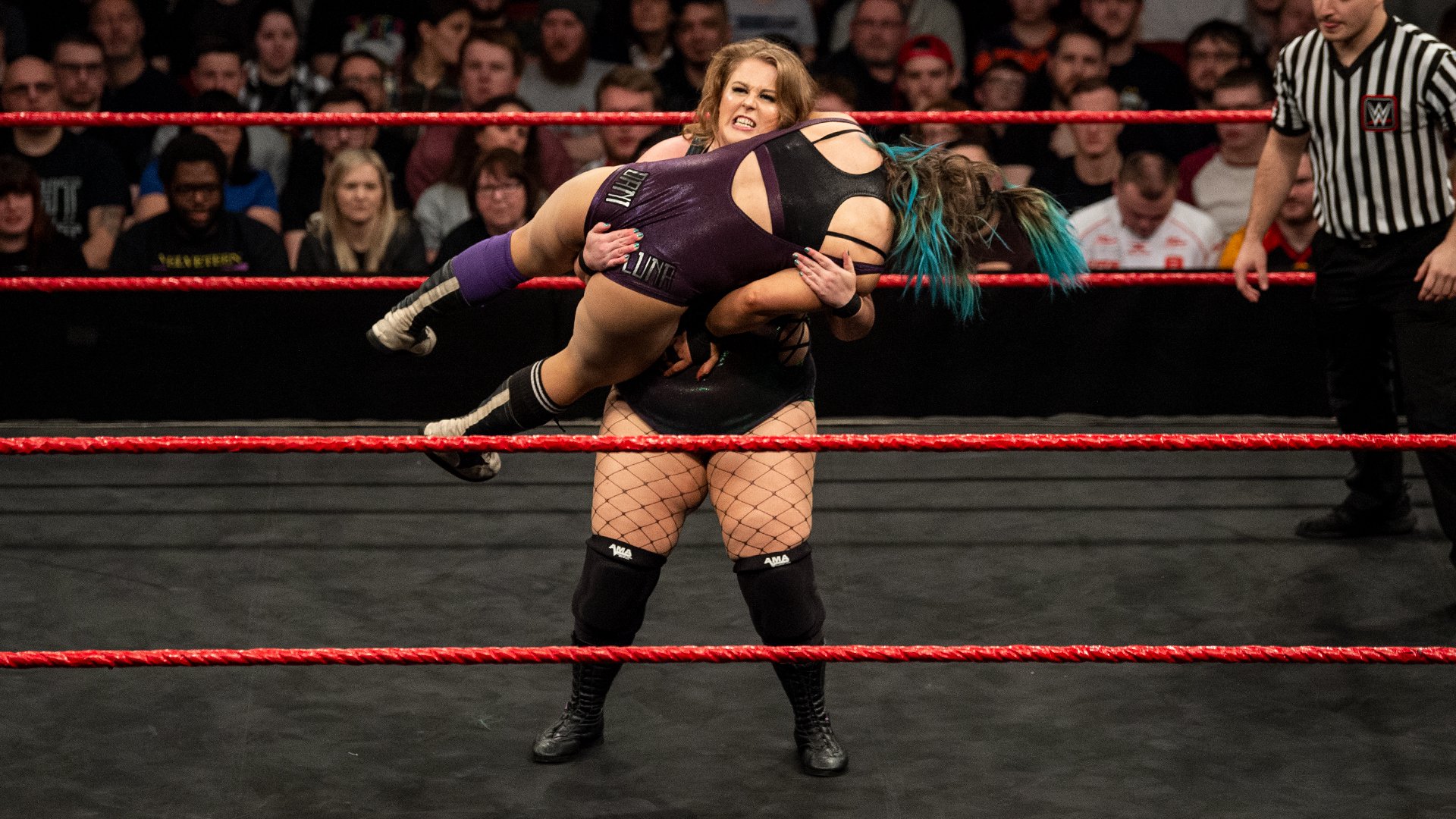 In her first match back since falling short in the epic NXT UK Women’s Championship Triple Threat Match at TakeOver: Blackpool II against Kay Lee Ray and Toni Storm, Piper Niven looked extremely dominant in a matchup of extreme power against Dani Luna where she hit the Michinoku Driver for the victory. 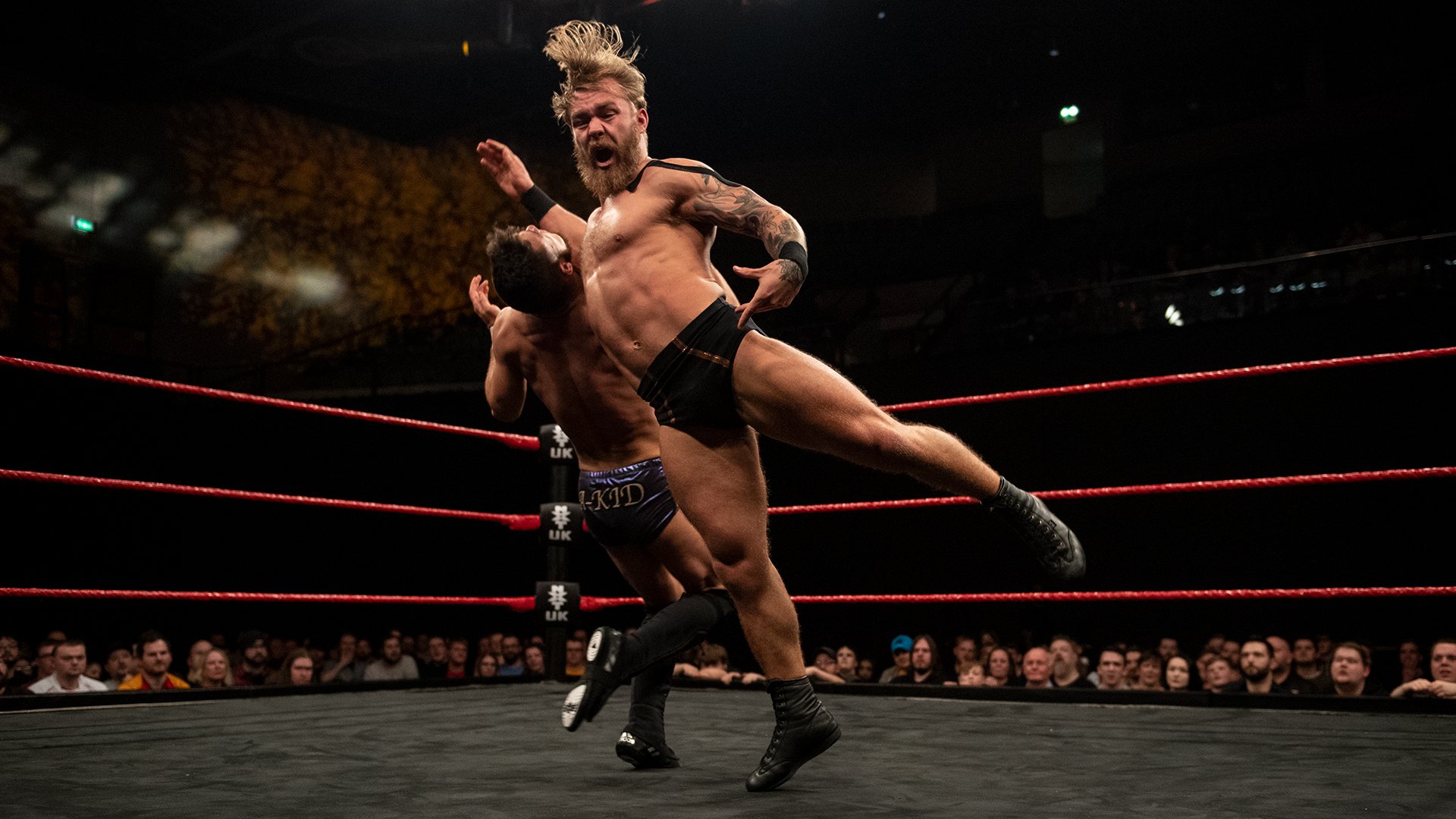 A-Kid gave an incredible showing in a good-natured match against his mentor, Tyler Bate, but the first-ever United Kingdom Champion taught the up-and-comer a valuable lesson in defeat when he triumphed with Tyler Driver ‘97.

However, moments after a post-match display of mutual respect was shared between the two Superstars, Joseph Conners emerged to challenge “Mr. TakeOver” to a future match against someone who was worthy. 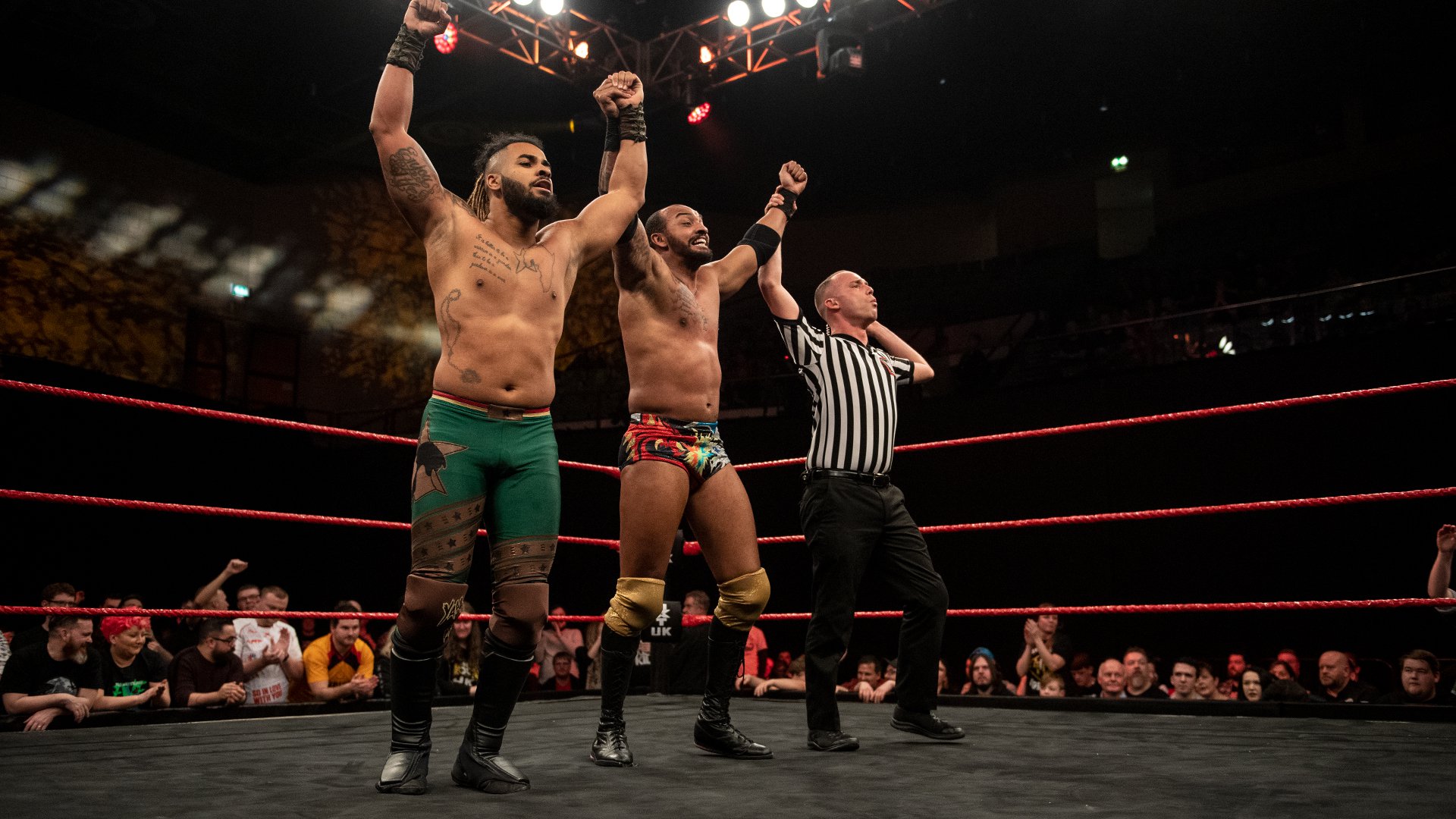 In the height of an absolutely explosive tag team back-and-forth, Ashton Smith & Oliver Carter delivered a series of kicks to the very danerous Pretty Deadly. This paved the way for Carter to lift Sam Stoker into the electric chair position and drop his unfortunate opponent neck-first onto the knee for the big win.

However, as the smoke cleared, a frustrated Pretty Deadly executed a post-match assault on the victorious tandem to make a statement of their own. 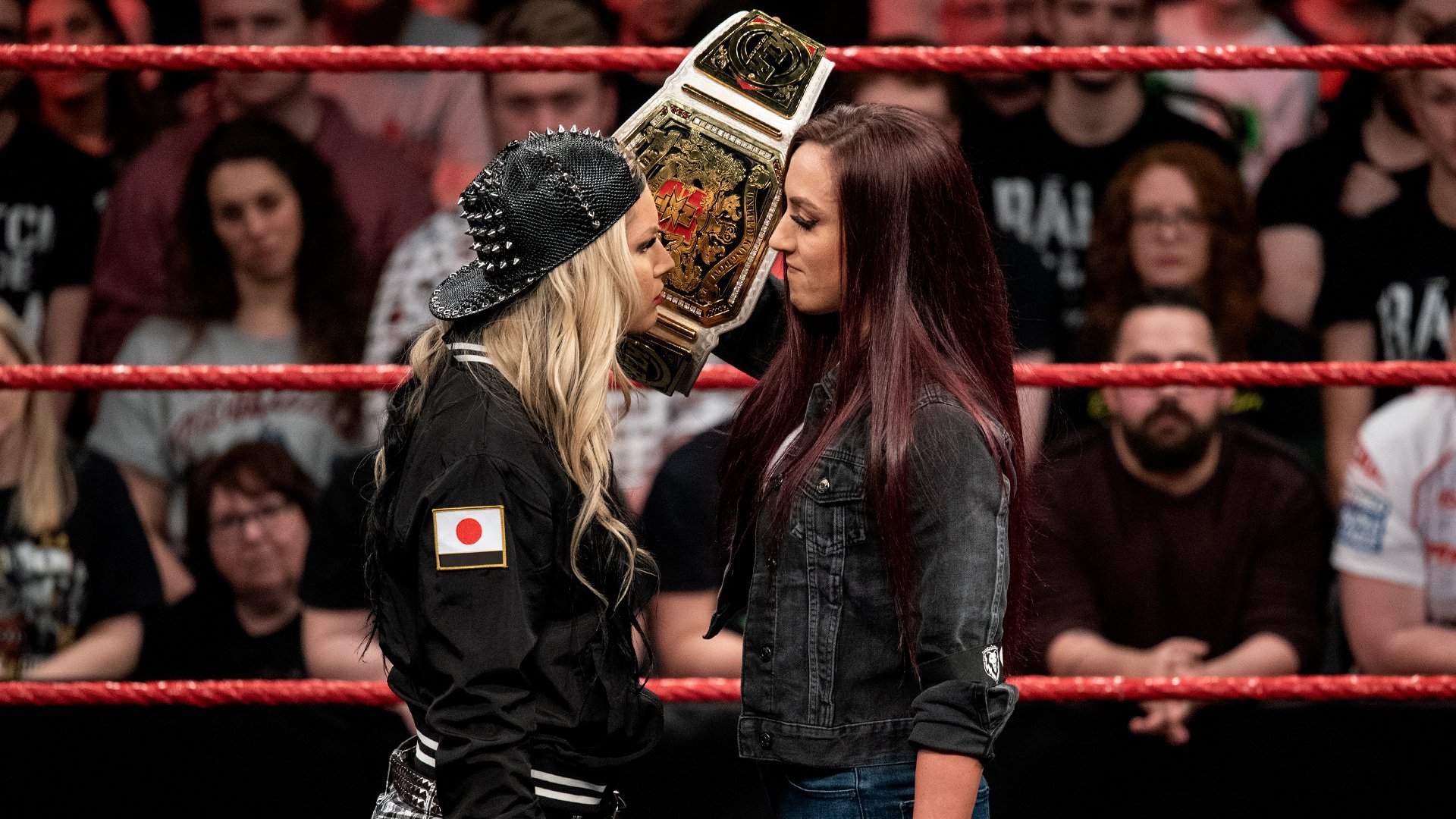 After Kay Lee Ray came before the WWE Universe to relish her NXT UK Women’s Championship defense, going so far as to taunt Toni Storm, the former titleholder interrupted to take issue.

Storm accused the Scottish titleholder for stealing her victory at TakeOver: Blackpool II. In response, Ray agreed to a one-on-one rematch with the stipulation that “when” she makes Storm say “I quit,” Storm can’t come after the championship as long as Ray is holding it. 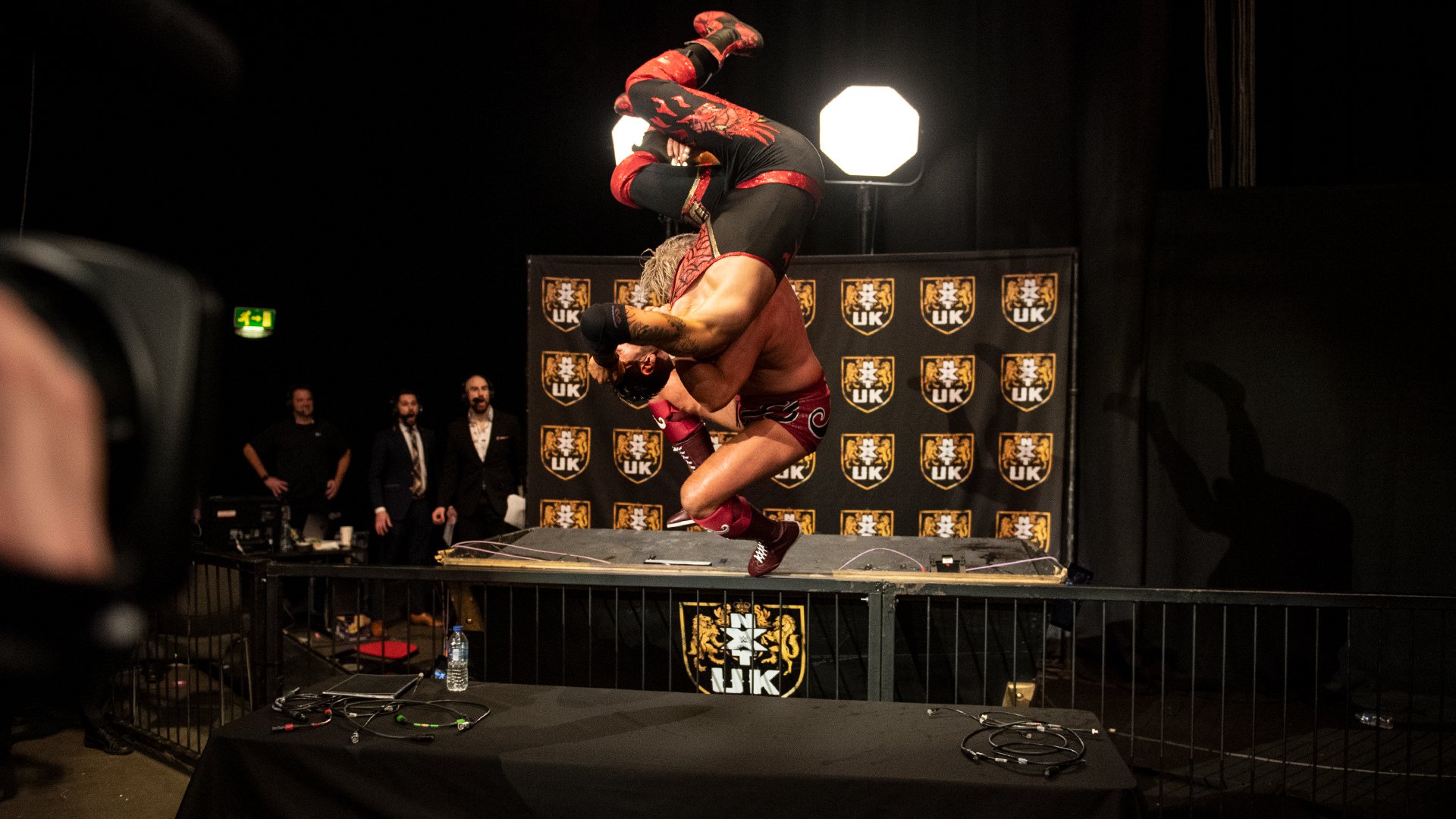 The controversial ending of Trent Seven’s match against Eddie Dennis at NXT UK TakeOver: Blackpool II fueled the animosity between the two competitors. Following another clash one week ago, the two Superstars pulled the stops when they remove all four turnbuckles and engage in a brutal Steel Corners Street Fight.

The chaotic showdown saw the two Superstars battle inside and outside the ring, as well as into the crowd, utilizing the unforgiving steel steps as a landing pad for Seven’s DDT and Dennis’ Severn Bridge. They sooner fought onto the announce desk where The Don hit his first Burning Hammer of the night onto a near-by table.

Seven went on to miss a Twisted Senton off the ring barricade to send him crashing to the ringside floor. Seizing back the advantage, the unrelenting Dennis grinded his opponent’s face into the exposed steel turnbuckle. But, as the they both exchanged a series of offense back in the ring, it was Seven who would roar back, hurling Dennis into the buckle-less steel twice before hitting the Burning Hammer in the center of the ring for the three-count. 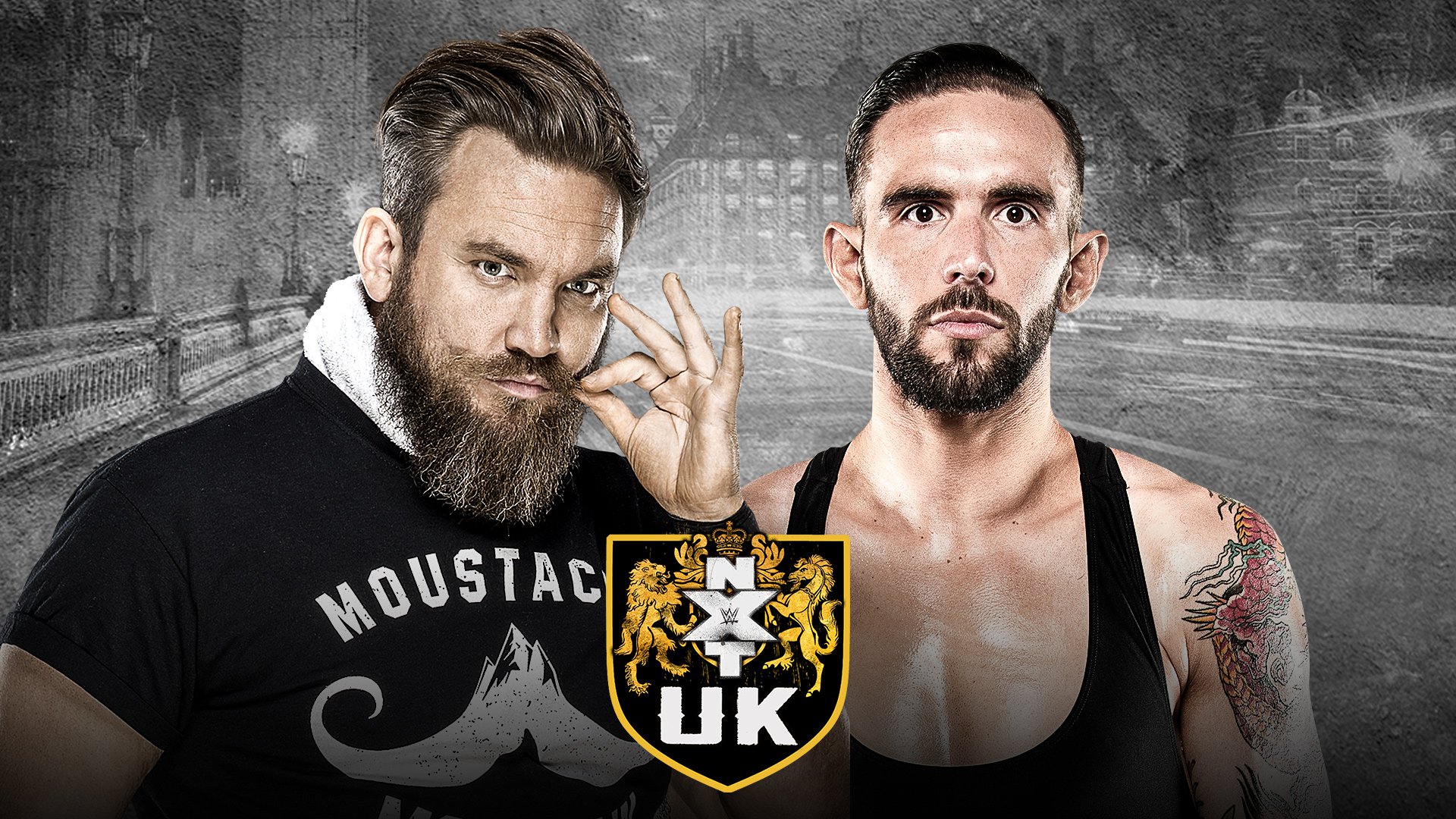 The controversial ending of Trent Seven’s match against Eddie Dennis at NXT UK TakeOver: Blackpool II fueled the animosity between the two competitors. Following another clash one week ago, the two Superstars will look to pull out all the stops when they remove all four turnbuckles and engage in a brutal Steel Corners Street Fight.

Plus, Tyler Bate takes on the up-and-coming A-Kid and so much more.