Aoife Valkyrie made an impressive NXT UK debut, besting Amale with an earth-shattering leg drop off the top rope to the back of her opponent’s neck. Valkyrie has arrived!

Two weeks after Dave Mastiff’s impression of NXT United Kingdom Champion WALTER led to a confrontation with The Ring General, “The Bomber” incorporated some of the dangerous titleholder’s arsenal into his offense as he laid waste to Saxon Huxley with Into the Void.

Grizzled Young Veterans give an earful to the York fans

In the wake of an extremely strong showing at the 2020 Dusty Classic, the first-ever NXT UK Tag Team Champions came before WWE Universe to express their disgust with NXT UK General Manager Johnny Saint, whom they believe has treated them unfairly. They boasted about their tremendous impact overseas in the United States and their impact on the industry before mocking the insignificance of the hosting York crowd.

With his Gallus brothers at ringside, Joe Coffey lifted his knees to stop Amir Jordan from landing a top-rope senton before hitting All The Best of the Bells for the big three-count.

In the aftermath, The Iron King fired another message to Ilja Dragunov on the “debt” he owes “the Gallus firm” after NXT UK TakeOver: Blackpool II and to taunt Mark Coffey & Wolfgang’s imminent opponents, Oney Lorcan & Danny Burch.

In the wake of the tag team win, Ilja Dragunov emerged to confront Gallus and almost immediately came to blows with The Iron King. But when Joe hit All the Best for the Bells, a vicious three-on-one assault was carried out by the firm on The Mad Russian.

Burch & Lorcan are about to collide for Gallus 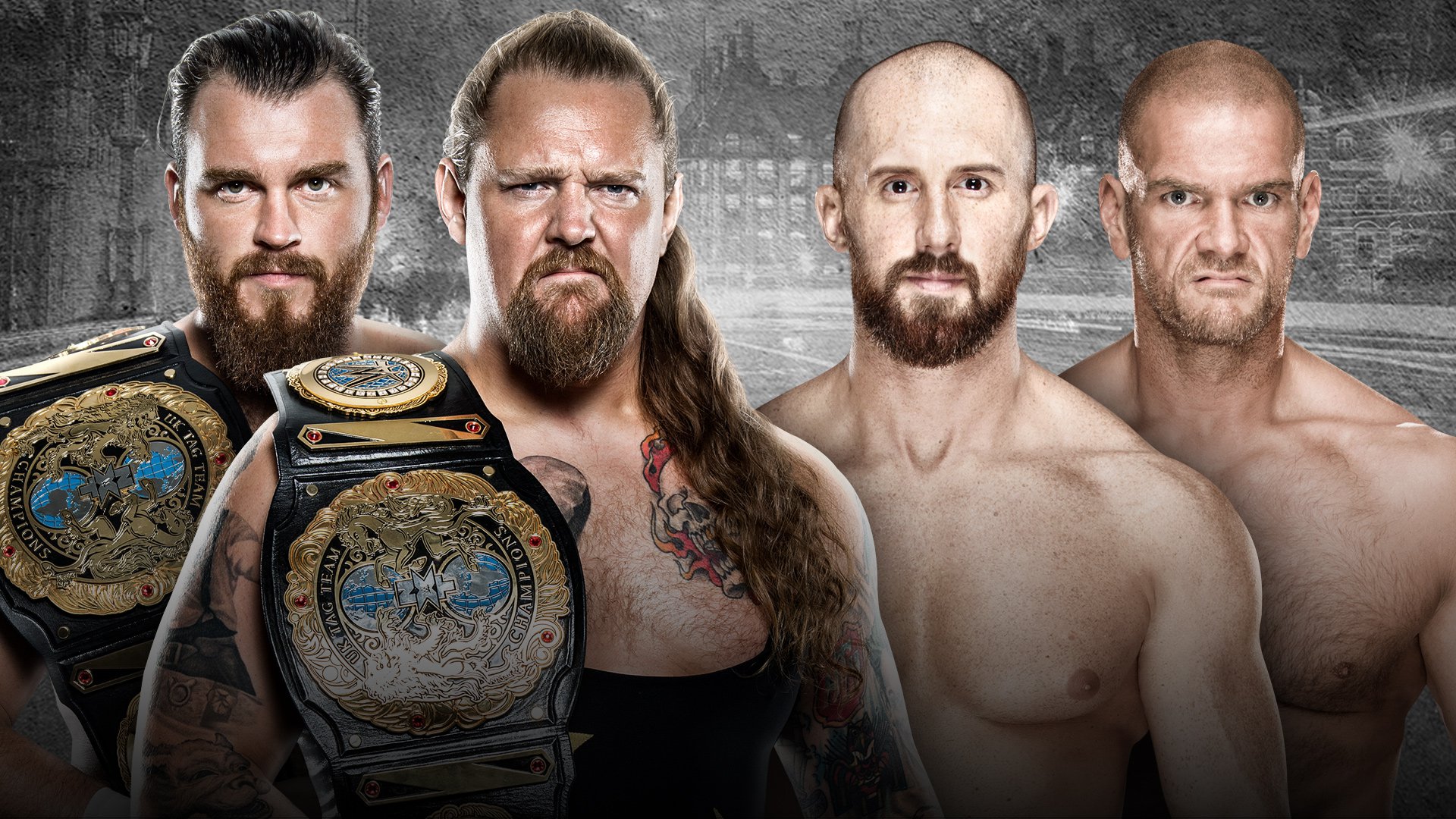 Two weeks ago, Danny Burch & Oney Lorcan appeared on NXT UK for the first time in almost a year and made a strong impact. Now, they’re setting their sights on the top of the mountain when they go head-to-head with NXT UK Tag Team Champions Mark Coffey & Wolfgang of Gallus.

Plus, the highly-anticipated NXT UK debut of Aoife Valkyrie and so much more.