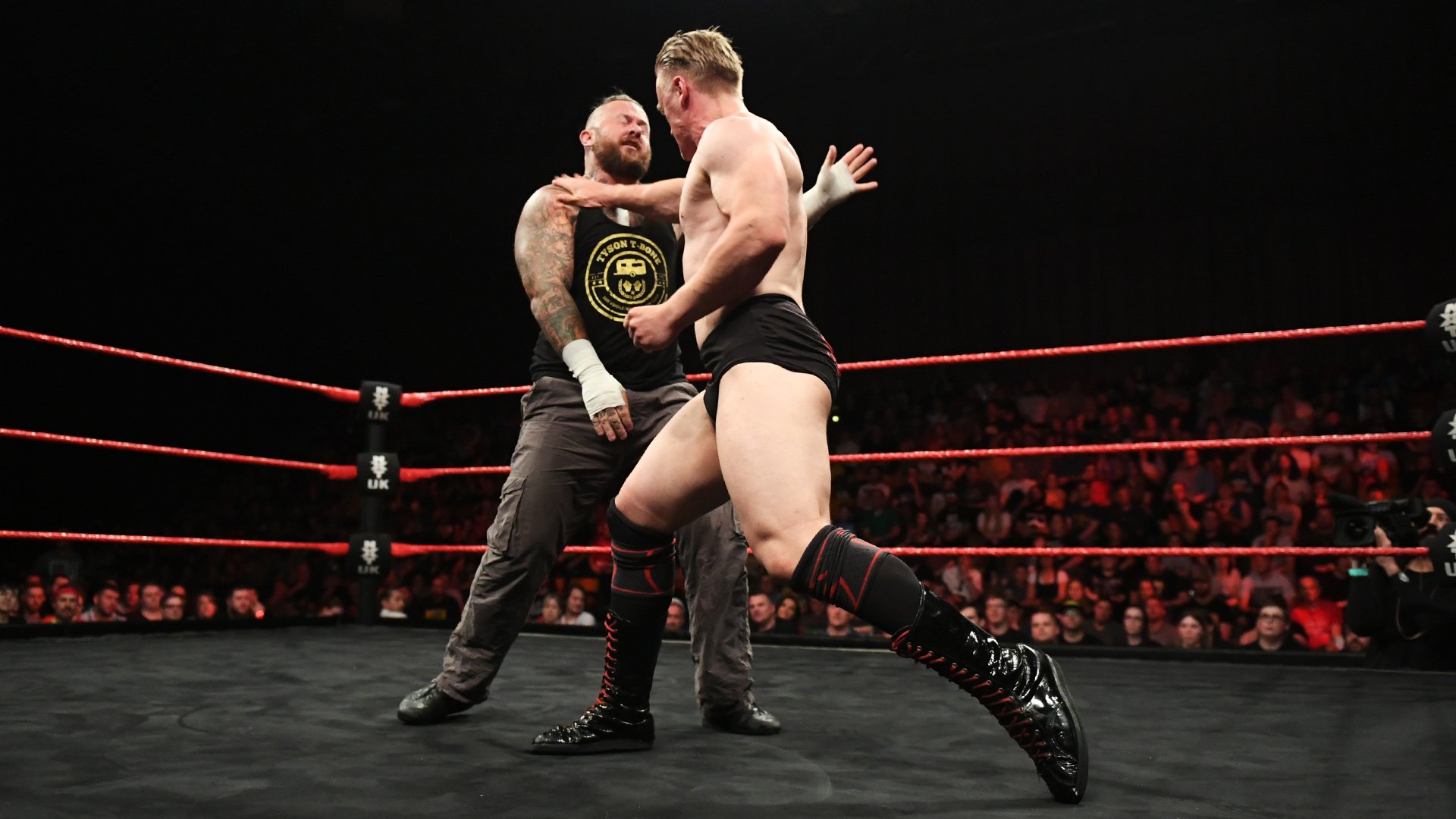 After Kassius Ohno handed him his first loss in NXT UK two weeks ago, Ilja Dragunov answered back with a hard-fought victory over the tough-as-nails Tyson T-Bone.

After T-Bone missed his target and was sent headfirst into the ring post in the final moments, Dragunov capitalized in a big way with a flying senton off the top rope into the dreaded Tornado Moscow for the win. 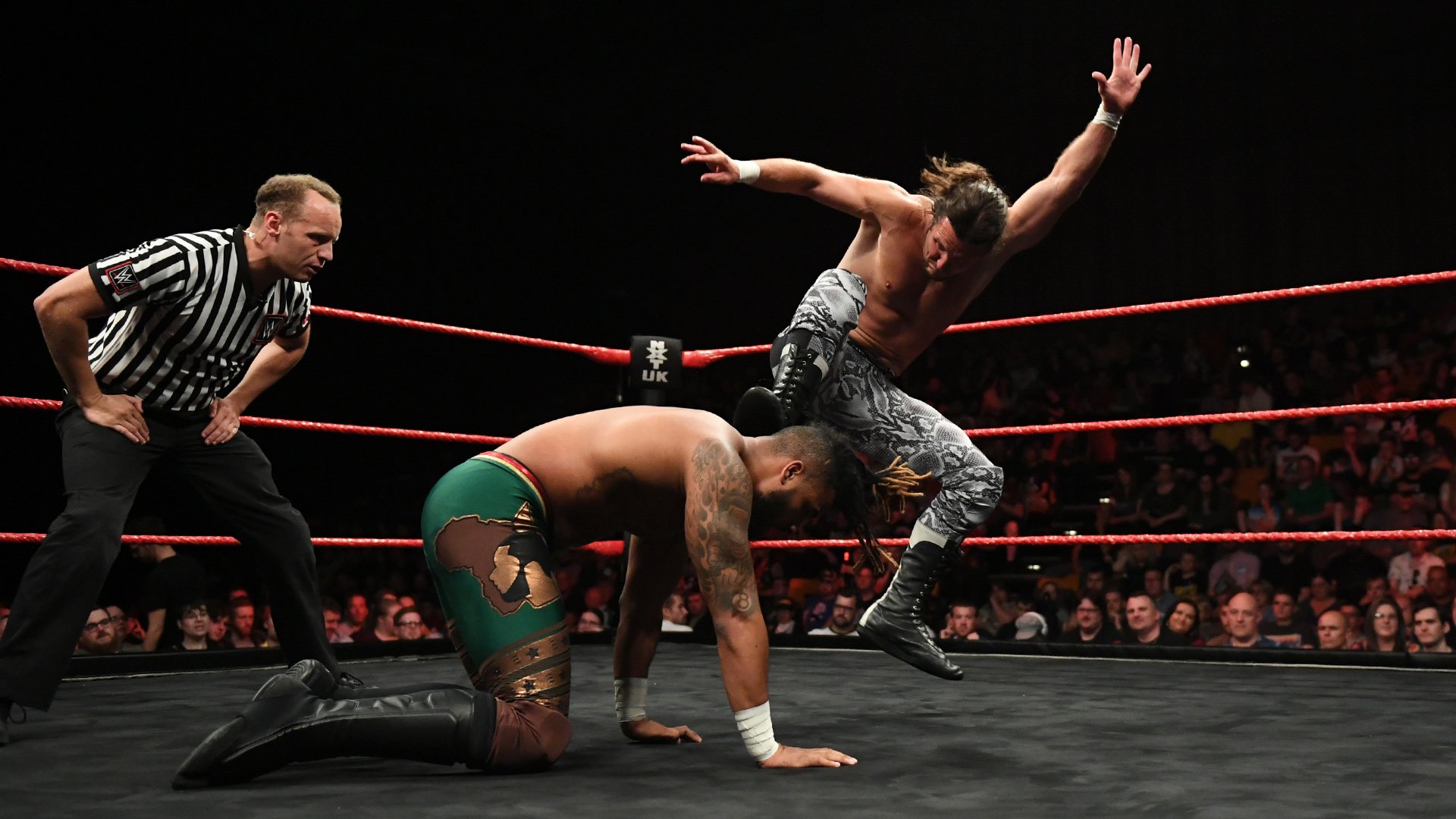 Joseph Conners continued his assault on “shiny new toys” when he ruined the highly anticipated NXT UK debut of Oliver Carter. Although the “the unstoppable strike machine” showed a lot of heart in his first time out, Conners brought his opponent’s hopes for victory to a sudden halt with Don’t Look Down. 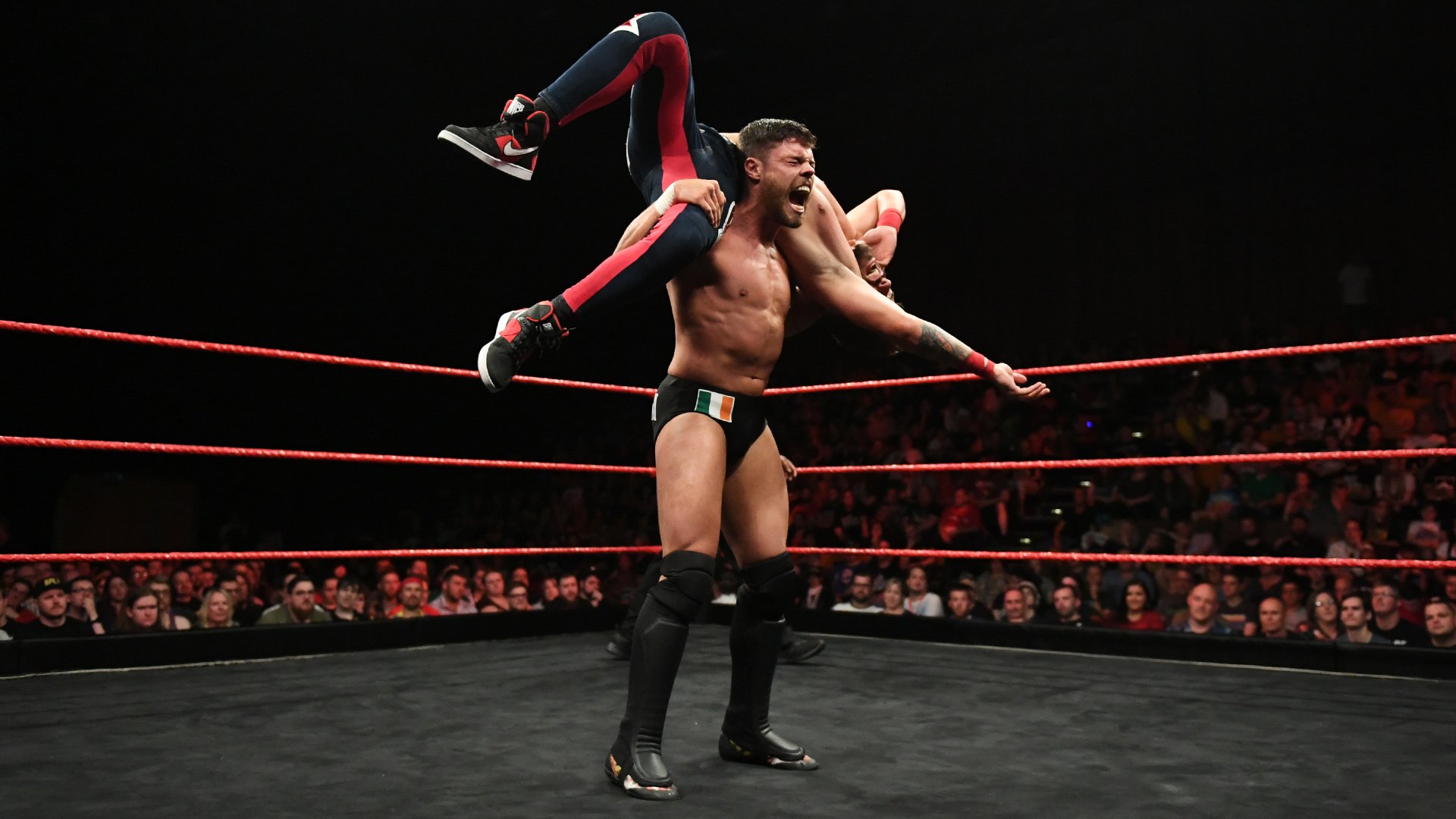 After listening to Jordan Devlin voice his complaints that he is not getting the opportunities he deserved in NXT UK, Kenny Williams stepped into the ring with him to see if the Lucky-Yin was lucky enough to bet against the Ace.

After Williams wrenched his lower back early in the contest, the technically proficient Devlin wasted little time exploiting the injury. Nevertheless, the contest proved to be a battle between two determined competitors from beginning to end, one that garnished amazing offense and numerous near falls from both sides.

But, in the height of the action, it was The Irish Ace who prevailed when he hit the dragging Back Drop Driver to walk away with the win and prove once again his worth among the competitors of NXT UK. 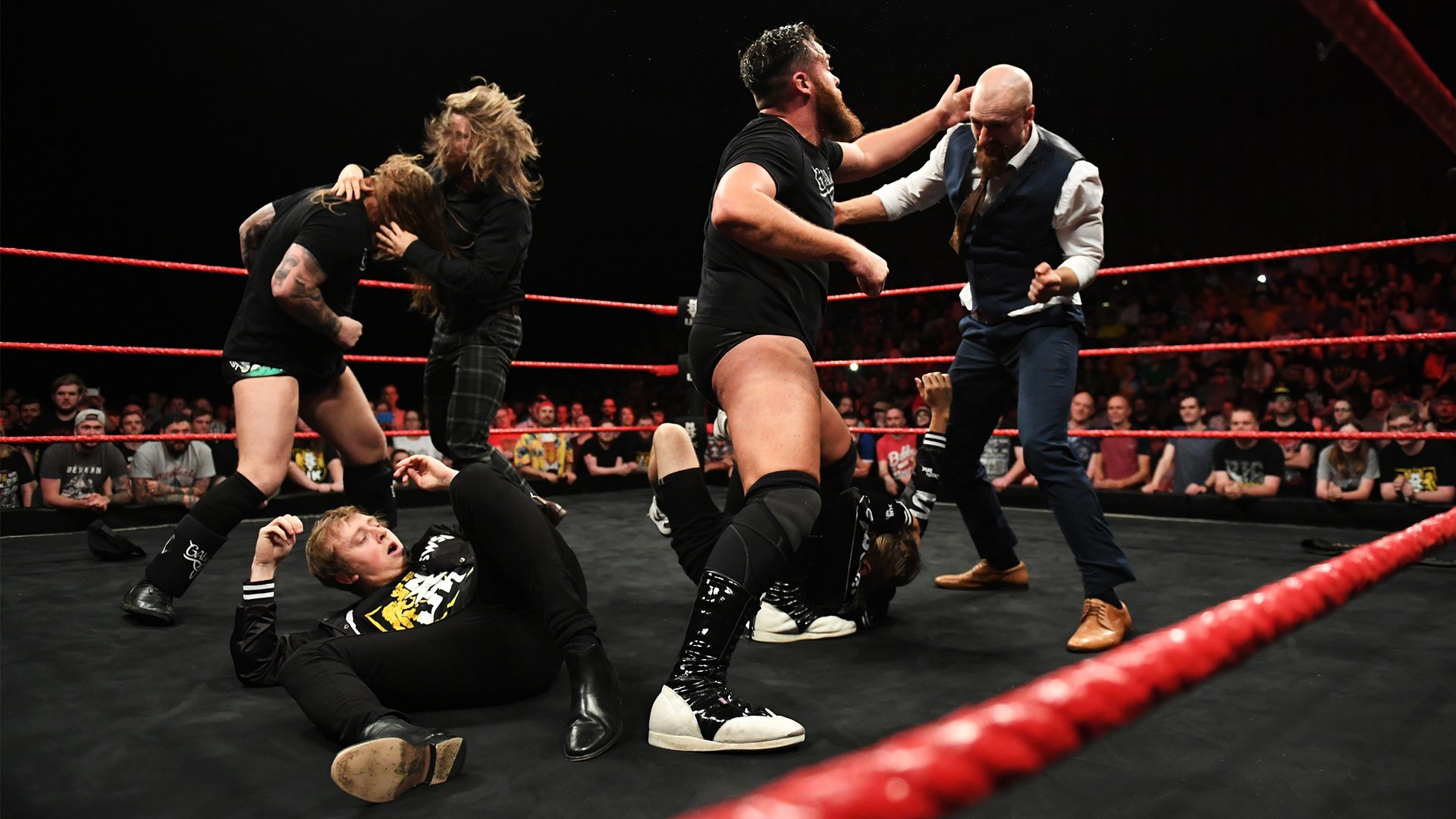 The Grizzled Young Veterans stormed down to the ring at the close of the night looking to verbally protest the fact that General Manager Johnny Saint was making them defend their NXT UK Tag Team Championships in a Triple Threat Tag Team Match against both Gallus’ Mark Coffey & Wolfgang and Flash Morgan Webster & Mark Andrews.

This outburst quickly brought their collective opposition to the ring as well and lit the fuse on a huge brawl between all three teams as the show went off the air, increasing the tension heading into Saturday’s NXT UK TakeOver: Cardiff. 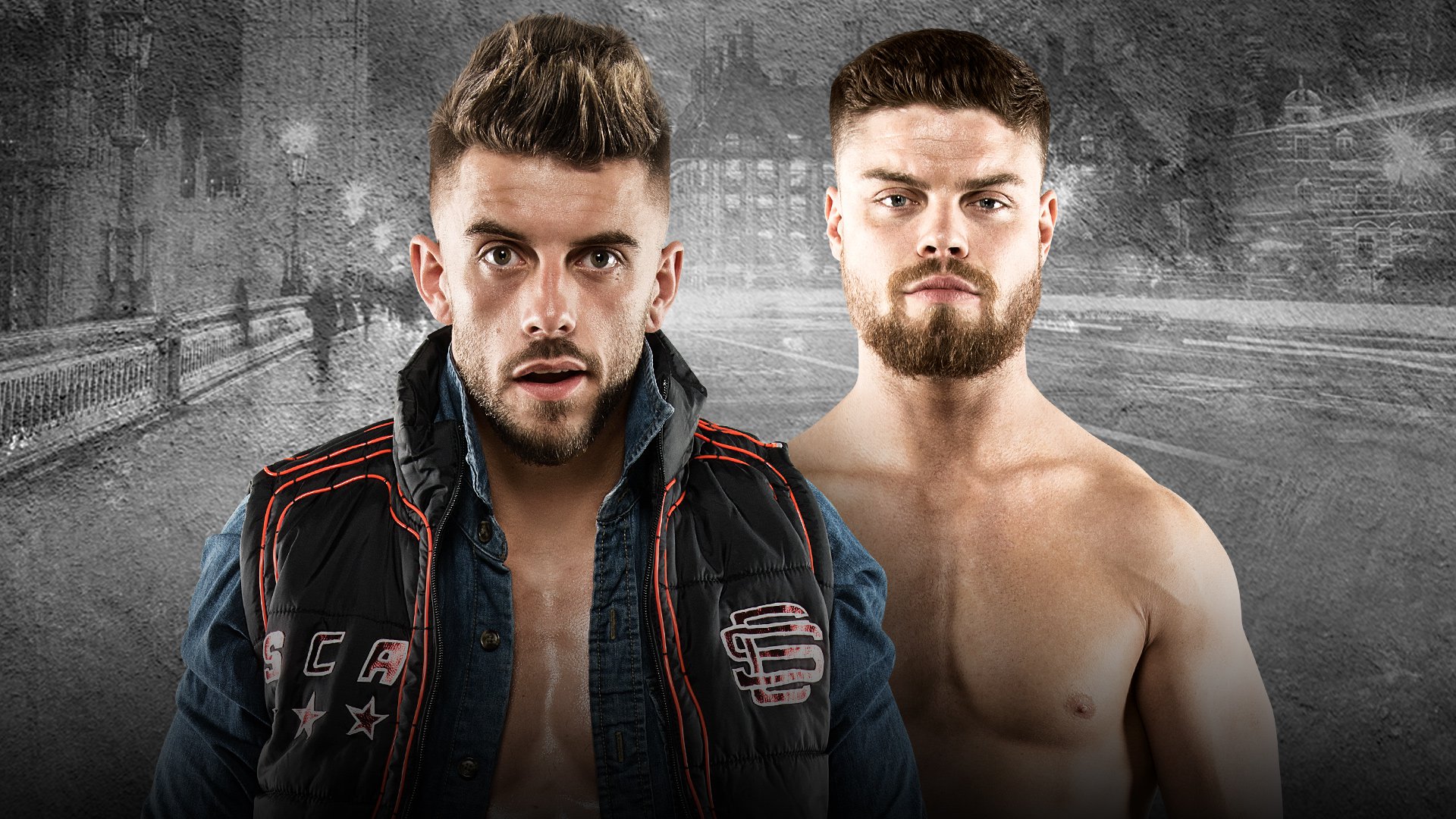 The final episode of NXT UK before Saturday’s TakeOver: Cardiff will feature an explosive showdown. After weeks of Jordan Devlin voicing his opinion that he was not getting the opportunities he deserves, Kenny Williams has stepped up and suggested that the two battle one-on-one to determine if The Lucky-Yin has enough fortune to bet against The Irish Ace.

Plus, after suffering his first loss to Kassius Ohno two weeks ago, Ilja Dragunov will attempt to get back on track against the tough-as-nails Tyson T-Bone, and Joseph Conners will aim to stop a “shiny new toy” in the form of the debuting Oliver Carter.

Be sure to catch a special Prime Target: TakeOver, streaming today at 2:30 ET/7:30 BST on WWE Network. And stick around for NXT UK, streaming at 3 ET/8 BST.