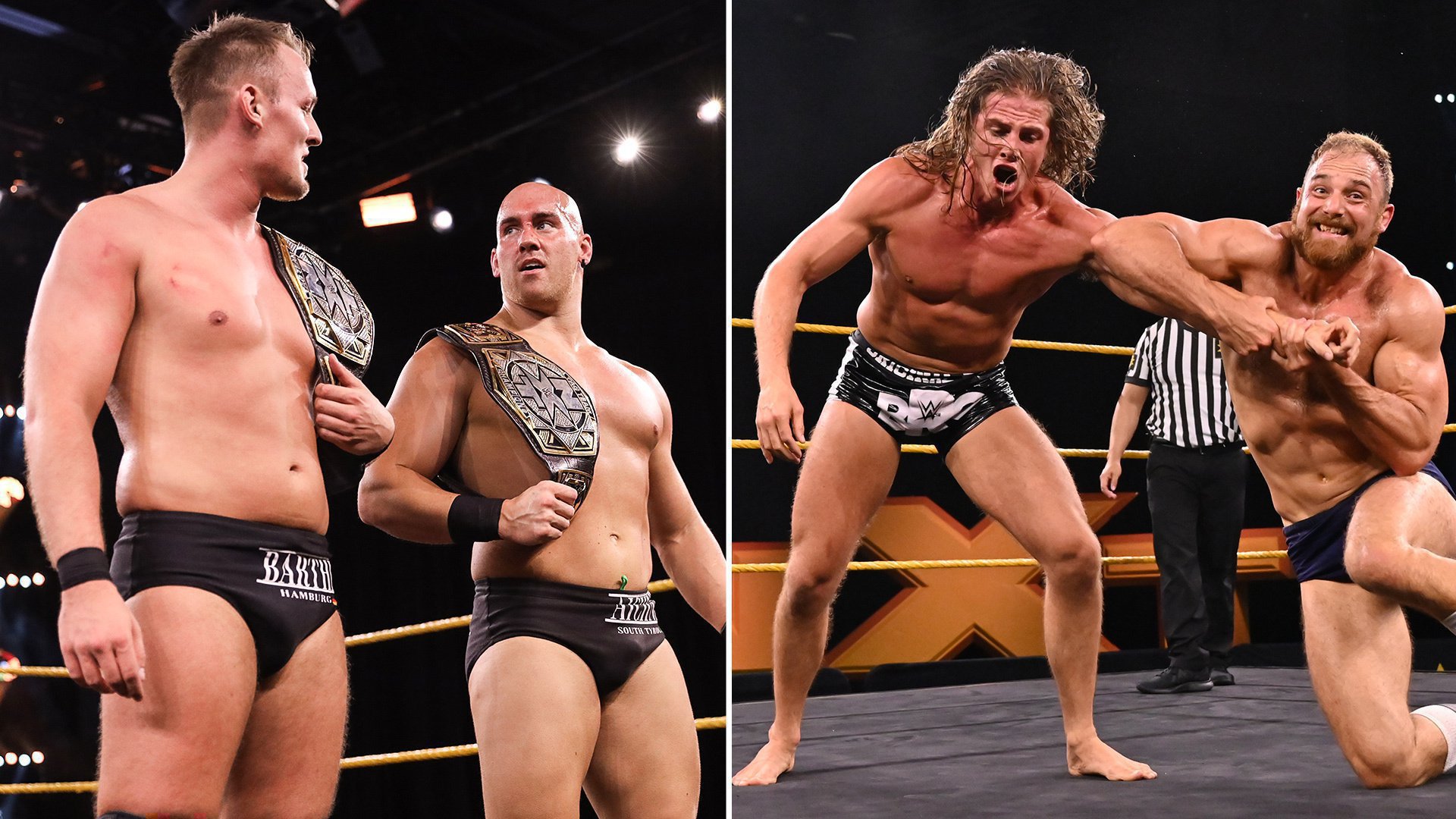 As a significantly more experienced team, Imperium controlled much of the action. However, the decisive moment had very little to do with Fabian Aichner & Marcel Barthel. Matt Riddle’s monkey flip inadvertently sent Barthel flying into Timothy Thatcher, and a fed-up Thatcher walked out on Riddle, who was desperately seeking a tag. The Original Bro succumbed to the 2-on-1 disadvantage, suffering the pinfall defeat after the European Bomb crowned new champions.

Backstage, Riddle and Thatcher came to blows, and NXT General Manager William Regal granted The Original Bro a bout against Thatcher later in the evening.

“Impressive” Indi Hartwell showed no fear in her bid for an upset, but Tegan Nox was up to the task, taking down Hartwell with the Shiniest Wizard.

Cameron Grimes found the biggest win of his career thanks to an assist from Damian Priest. The Archer of Infamy struck Finn Bálor in the back of the knee with his trusty nightstick, leaving him a sitting duck for The Technical Savage’s Cave-In for the victory.

Priest wasn’t done, though, as he dropped The Prince with the Reckoning and revealed himself as the man who took out Bálor last month.

Isaiah “Swerve” Scott’s dreams of winning the Interim NXT Cruiserweight Title were dashed thanks to Tony Nese. The Premier Athlete took out his frustrations on Scott, viciously attacking him before this bout and leaving him vulnerable, which resulted in a victory for Jack Gallagher.

Robert Stone was at ringside to get a first-hand look at Aliyah’s performance, but he may have not liked what he saw as Aliyah tapped out to Kayden Carter’s deathlock submission.

Timothy Thatcher used surgical precision to pick apart the already weakened Matt Riddle from his backstage attack earlier in the evening. While Thatcher showcased the full extent of his technical prowess, The Original Bro turned one of his precisely applied holds into a pinfall out of thin air to steal the win. Thatcher was far from done with Riddle, though, locking him in the Fujiwara Armbar afterward and refusing to let go while Riddle screamed in agony. 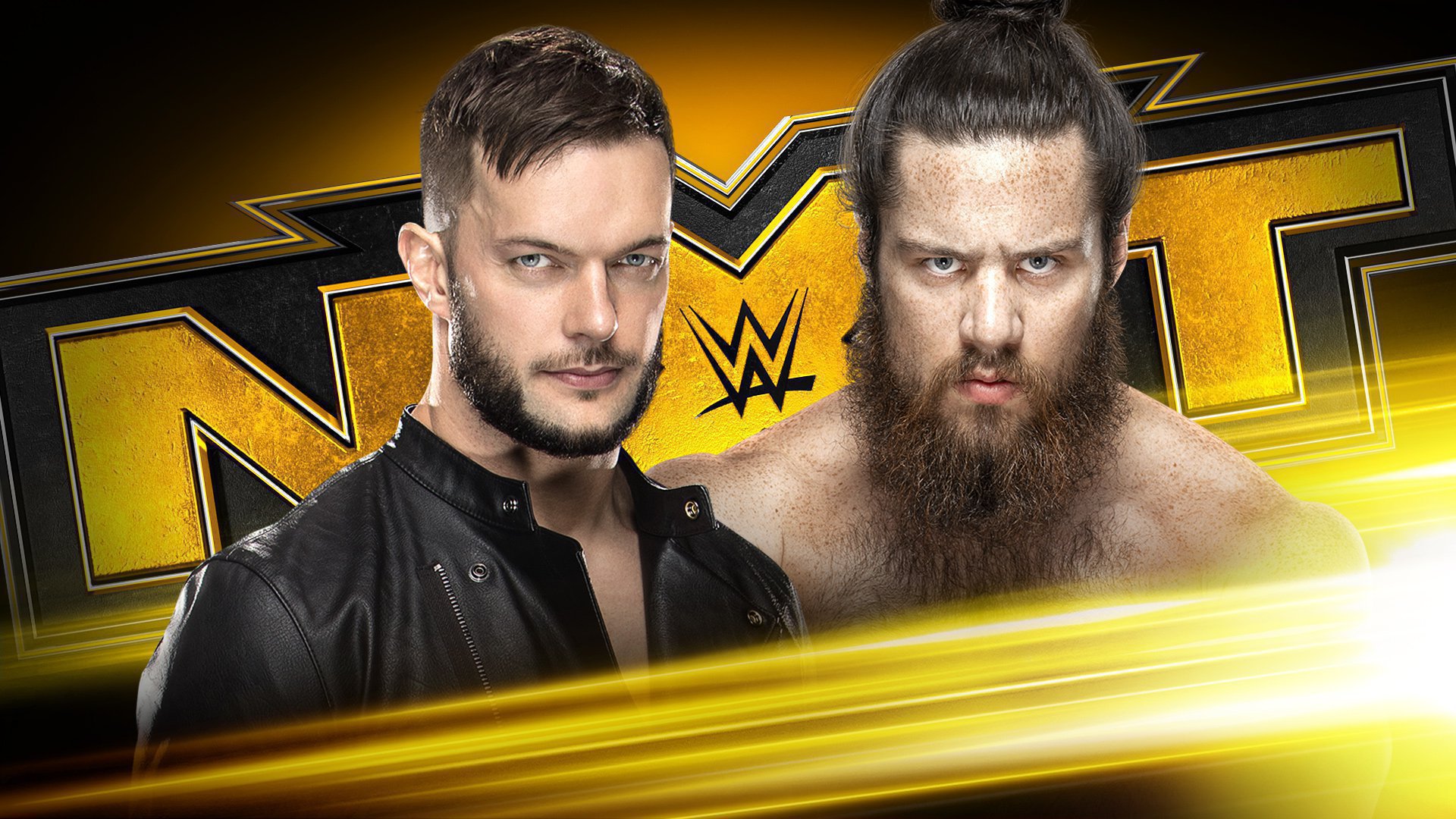 Still determined to find his assailant, Finn Bálor will return to in-ring action tonight on NXT against Cameron Grimes.

Whomever took out The Prince before his scheduled bout with The Velveteen Dream last month has still yet to reveal themselves, and Bálor is set on finding the snake “hiding in the long grass” that is the NXT locker room.

Grimes, meanwhile, says he deserves better than what he’s received thus far on the black-and-gold brand, and beating the former NXT Champion would go a long way toward making that point. The Technical Savage got the worst of their exchange last week, though, suffering a standing Coup de Grace and Slingblade before escaping for cover.

Can Bálor concentrate on his match with the identity of his attacker still looming over his head, or will Grimes exploit the The Prince’s focus for the biggest win of his career?

What will Rhea Ripley have to say tonight? 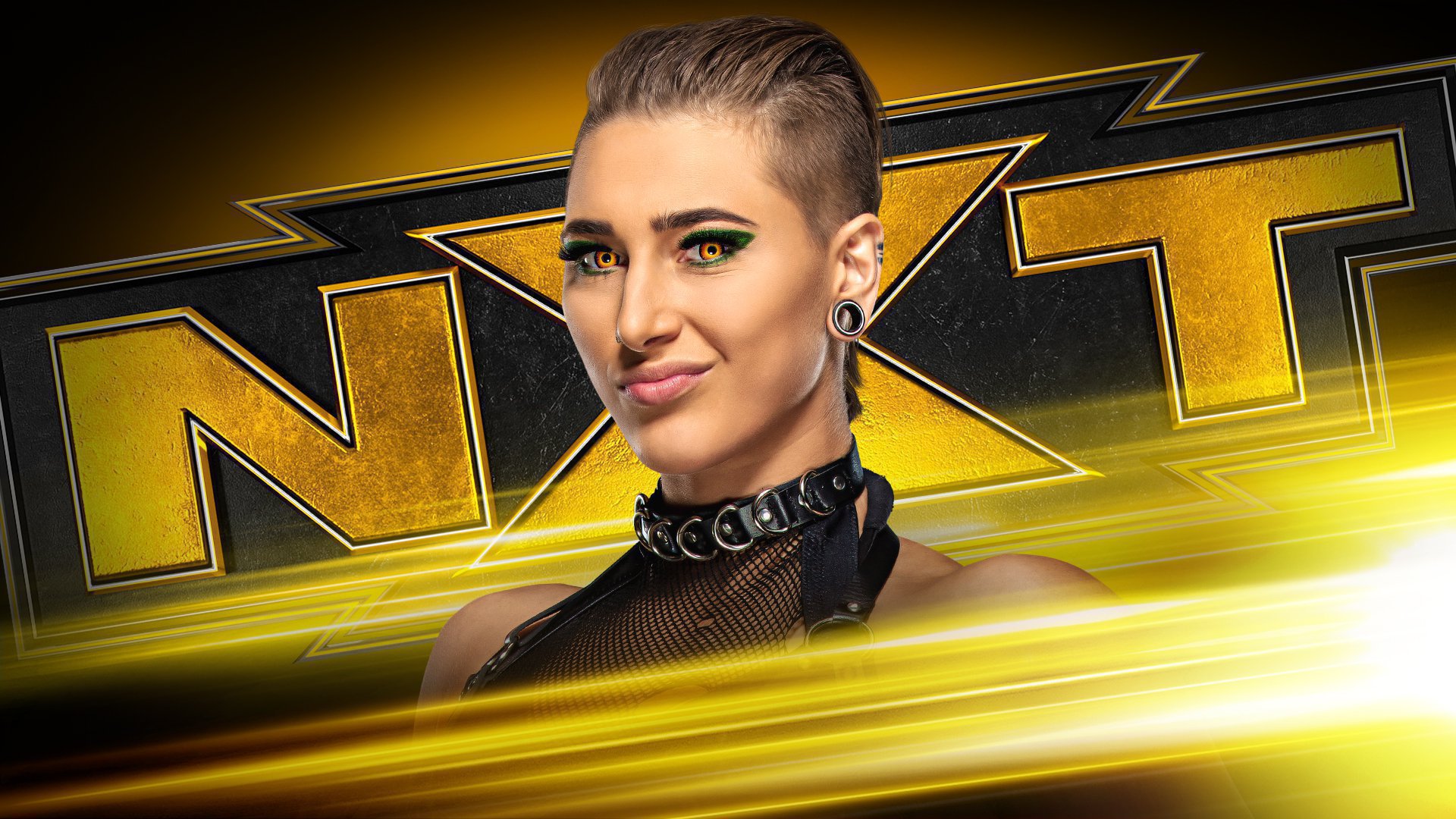 After Rhea Ripley made a stunning return to NXT a week ago, we will hear from The Nightmare tonight. What exactly will she have to say?

Ripley, who just made her first appearance since WrestleMania, clearly hasn’t forgotten about losing the NXT Women’s Championship to Charlotte Flair at The Showcase of The Immortals. The Nightmare interrupted The Queen’s post-match assault on Io Shirai, overwhelming Charlotte before she could escape.

Already livid with Charlotte getting herself disqualified and effectively taking away her title opportunity, Shirai wasn’t too thrilled with Ripley’s return, either, and they were pulled apart by officials after a shouting match turned physical.

You can be sure that The Queen and The Evil Genius of The Sky will be watching closely tonight to see what Ripley has to say.

Can Riddle & Thatcher ward off Imperium? 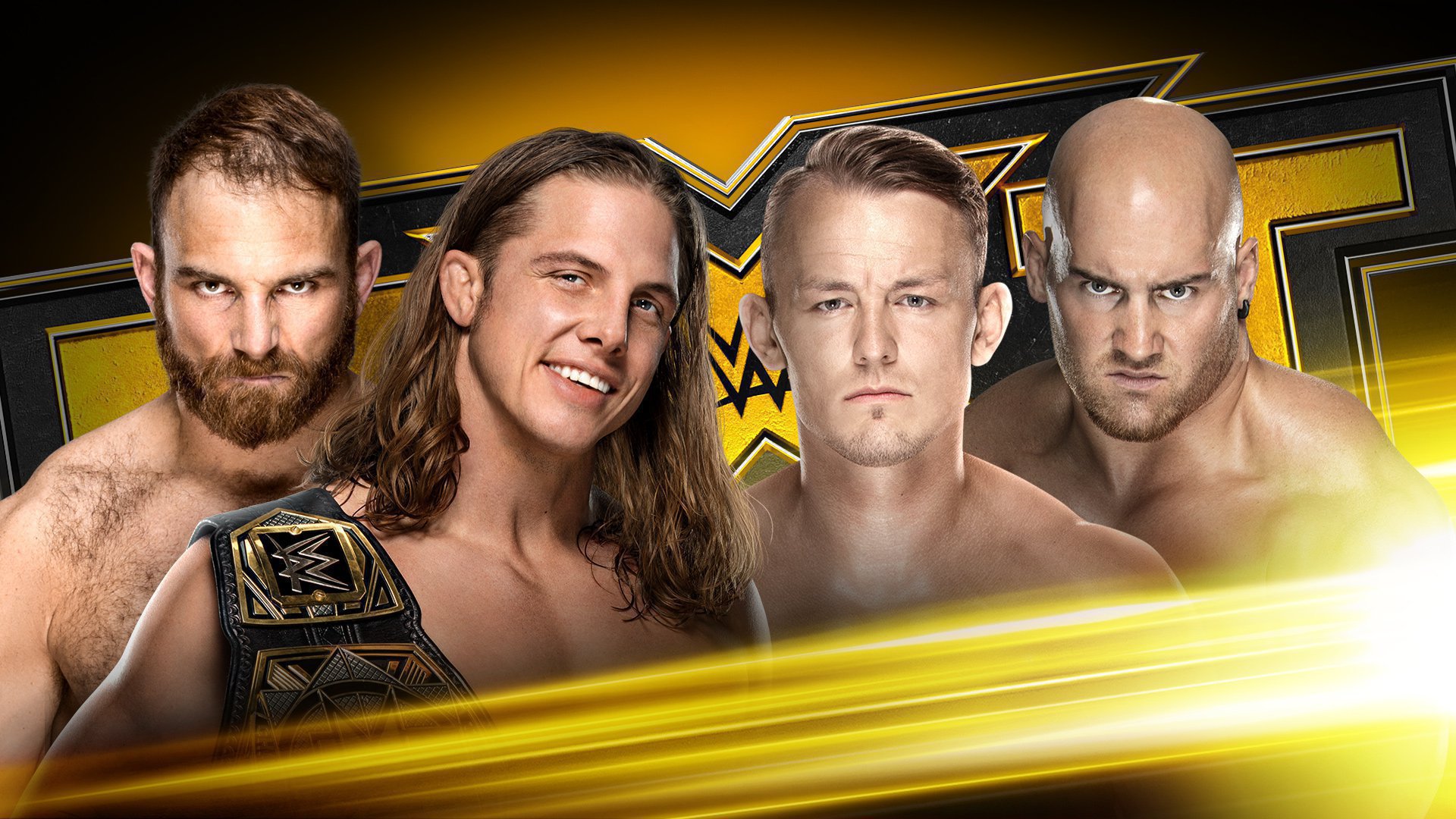 Matt Riddle caught lightning in a bottle when he called on Timothy Thatcher to step in for Pete Dunne as his partner. Can Riddle & Thatcher do it again when they defend the NXT Tag Team Titles against Imperium tonight?

Despite their contrasting personalities, Riddle & Thatcher have meshed in the ring, as evidenced by their triumph over The Undisputed ERA’s Roderick Strong & Bobby Fish last month.

Be sure to tune in to NXT tonight at 8/7 C on USA Network to see if Riddle & Thatcher can once again claim victory or if new champions will be crowned!

DX to deliver a major announcement on NXT tonight 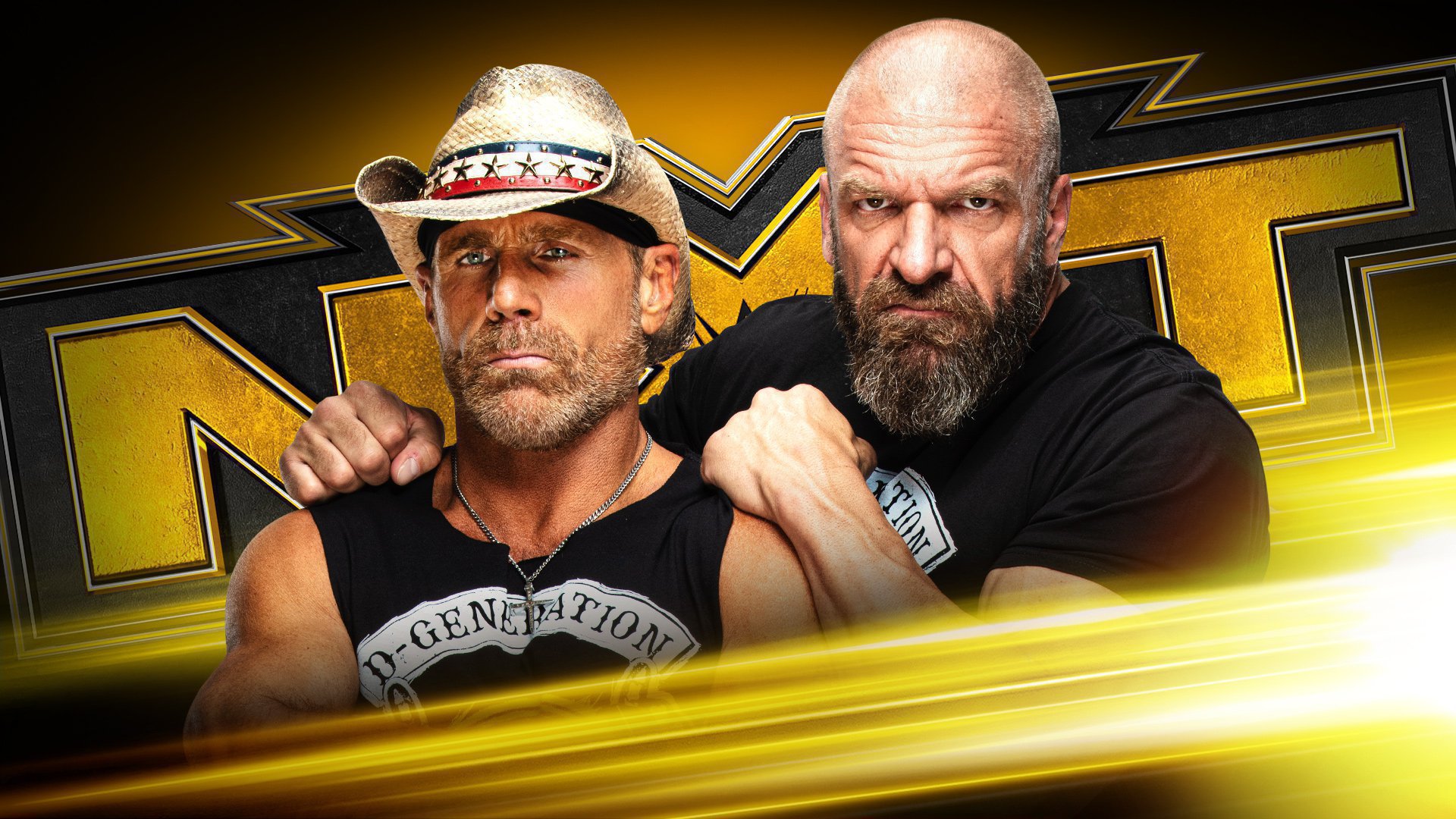 DX will be in the house tonight on NXT for a major announcement.

NXT General Manager William Regal said on WWE’s The Bump this morning that we would hear major news on tonight’s show, and it has now been confirmed that none other than Triple H and WWE Hall of Famer Shawn Michaels will be on hand to deliver it.

What will the announcement be? Tune in tonight at 8/7 C on USA Network to find out!