The challengers are already lining up to take on new NXT Women’s Champion Rhea Ripley, but it will be a familiar foe getting the first crack at her.

When The Nightmare made her first appearance at Full Sail since dethroning Shayna Baszler for the title last month, it didn’t take long for Toni Storm — who won the NXT UK Women’s Title from Ripley last January — to interrupt, and she talked her way into an opportunity against Ripley at NXT TakeOver: Portland next month. Storm declared she would soon have a championship for each shoulder after also promising to knock off NXT UK Women’s Champion Kay Lee Ray this Sunday at NXT TakeOver: Blackpool II. “The Scary Queen of Scots” made an appearance to dispute that claim, while Io Shirai and Bianca Belair were also on the scene with their eyes on Ripley’s title. And then there was the arrival of Candice LeRae, whose intentions were more ambiguous. With The Nightmare prepared for a fight, fisticuffs ensued and NXT General Manager William Regal ordered that a Six-Woman Tag Team Match start immediately.

The piecemeal teams ultimately broke down in favor of Ripley, Storm and LeRae. The Evil Genius of the Sky and The EST of NXT were unable to stay on the same page, and the NXT Women’s Champion took advantage, taking Belair down with The Riptide for the victory. LeRae’s eyes lingered on Ripley’s title for a few curious seconds before she finally handed it to her former WarGames comrade, perhaps also signaling her desire to vie for the gold.

Imperium def. Forgotten Sons in the first round of the Dusty Rhodes Tag Team Classic

The fifth iteration of The Dusty Rhodes Tag Team Classic got off to a thrilling start thanks to Imperium and The Forgotten Sons.

With a Fatal 4-Way Ladder Match for the NXT UK Tag Team Championship at TakeOver: Blackpool II this Sunday already on their plate, no one could have faulted Fabian Aichner & Marcel Barthel for having other things on their mind. But they were able to focus on the task at hand and came out on top in a barnburner against Wesley Blake & Steve Cutler, conquering them after hitting the European Bomb.

The Undisputed ERA def. Gallus in the first round of the Dusty Rhodes Tag Team Classic 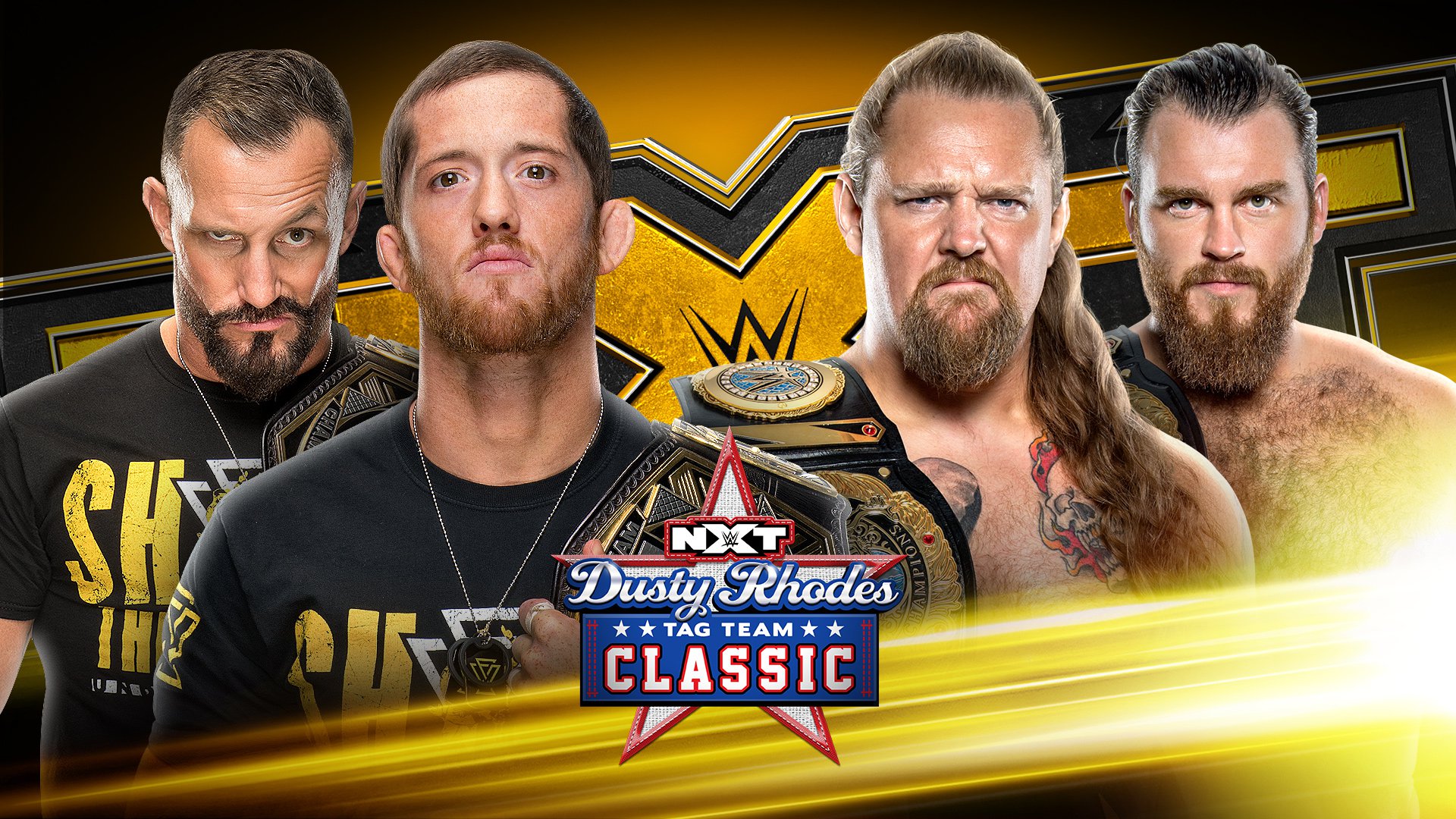 O’Reilly & Fish are riding high after being named NXT’s Tag Team of the Year for 2019, but the Scottish bruisers will certainly be looking to send The Undisputed ERA crashing back to earth.

Who will move on to the next round?