In the wake of Finn Bálor’s vicious parking lot assault on Trent Seven one day earlier — a warning to stay out of his business with Johnny Gargano — the two Superstars squared off in NXT’s opening matchup.

The match was intense from the word “go.” Taking full advantage of The Big Strong Boi’s bruised larynx that he suffered as a result of his adversary’s attack, Bálor dominated the majority of the contest. Though the resilient Seven roared back and nearly put his foe away with the Seven Stars Lariat, Bálor ultimately reigned supreme with the Coup De Grace into the devastating 1916 DDT.

One week after Shotzi Blackheart suffered painful retribution at the hands of Shayna Baszler for dumping the former NXT Women’s Champion out of the ring in a high-stakes Battle Royal the week before – as well as a backstage attack by Deonna Purrazzo in the aftermath – the up-and-comer bounced back by hitting the Senton Splash on Purrazzo in a hard-fought victory. 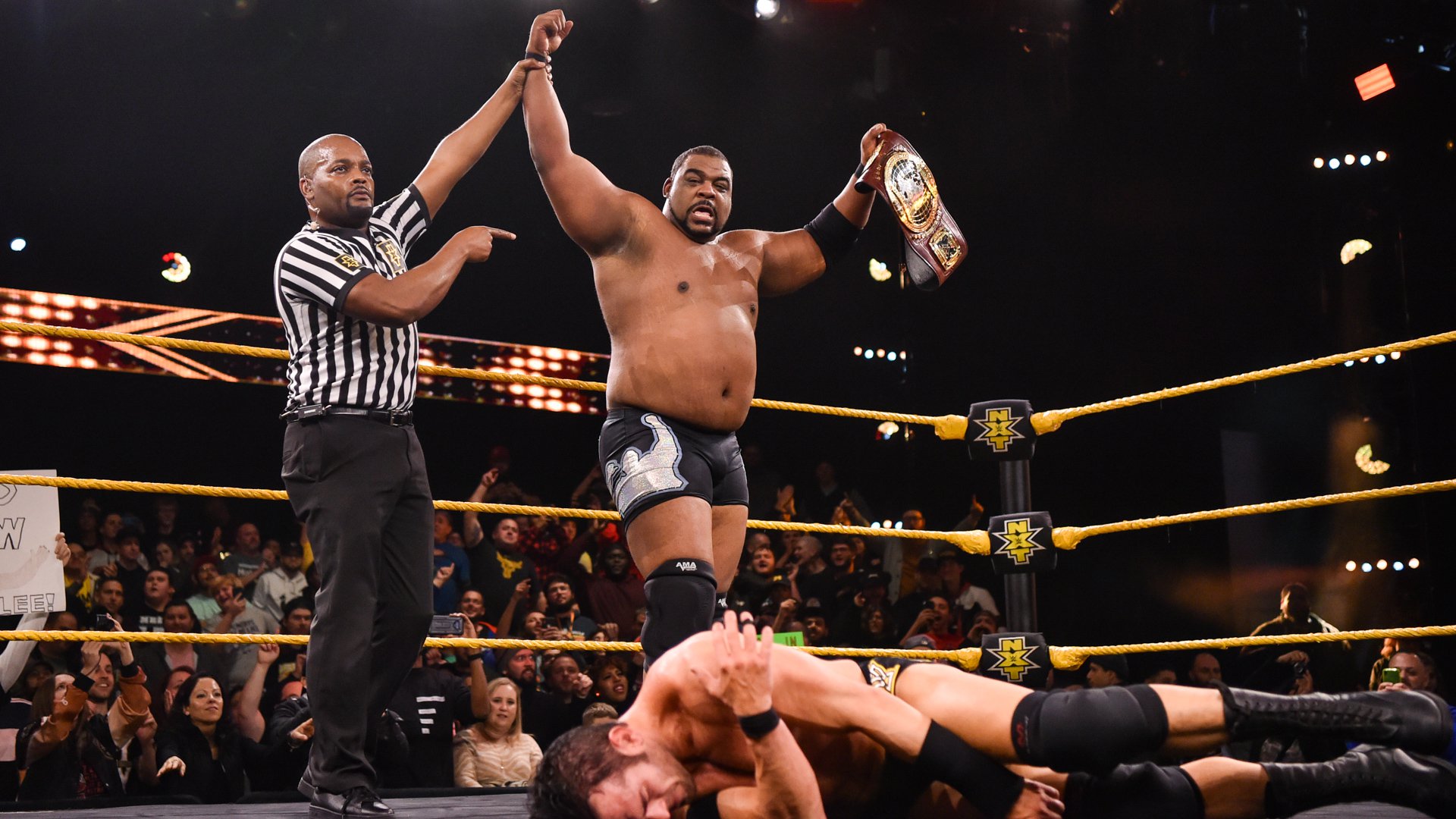 Keith Lee has had quite the week.

On Wednesday, he dethroned Roderick Strong to become NXT North American Champion and end The Undisputed ERA’s golden prophecy. Then, The Limitless One made his Royal Rumble Match debut on Sunday, standing toe-to-toe with WWE Champion Brock Lesnar. Though Lee was not victorious, he certainly made a major impression on The Beast and the WWE Universe.

What lies ahead for the new champion? Find out tonight on NXT, live at 8/7 C on USA Network!