Keith Lee set out to put Roderick Strong and The Undisputed ERA on notice, but what he got instead was a possible major hit to his chances at claiming Strong’s NXT North American Championship next week.

The UE didn’t take kindly to Lee calling them out and proclaiming he would defeat Strong, and they responded in vicious fashion. Using the numbers game to their advantage as they have so many times before, The Undisputed ERA committed a 4-on-1 assault, going so far as to stomp on a steel chair wrapped around The Limitless Superstar’s ankle. Luckily Tommaso Ciampa arrived to provide backup before they could further escalate the attack, but the potentially title opportunity-jeopardizing damage had already been done.

The BroserWeights def. Mark Andrews & Flash Morgan Webster in the first round of The Dusty Classic

Consider the premiere of The BroserWeights a rousing success — and perhaps even one of the favorites to take home The Dusty Cup.

Teaming up for the first time ever to compete in The Dusty Classic, Matt Riddle & Pete Dunne impressed against the more experienced tandem of Mark Andrews & Flash Morgan Webster. Decked out in coordinated gear, the aptly-named BroserWeights demonstrated surprisingly strong chemistry, while their unique in-ring styles made for a formidable combination to overcome the high-flying offense of Andrews & Webster. Dunne put Andrews away after flipping him right into a blistering ripcord knee from Riddle.

Tommaso Ciampa and Johnny Gargano fought off The Undisputed ERA

It’s been proven over and over again on the black-and-gold brand that no one man can successfully stand up to The Undisputed ERA alone — not even Tommaso Ciampa. But with former DIY partner Johnny Gargano at his side, The Blackheart might have a fighting chance.

The Blackheart called out NXT Champion Adam Cole and the rest of NXT’s golden gang. though he quickly found himself overwhelmed like many Undisputed ERA adversaries before him. It was Johnny Wrestling who came to Ciampa’s aid, though, and together they were able to fight off The UE.

The familiar image of Gargano and Ciampa side-by-side was a sight for sore eyes at Full Sail, but it also begged the question — is DIY back to stay, and if so, for how long?

The Grizzled Young Veterans def. Kushida & Alex Shelley in the first round of The Dusty Classic

The reunion of Kushida & Alex Shelley electrified Full Sail, but they ran into a focused buzzsaw in The Grizzled Young Veterans.

Zack Gibson & James Gibson spoiled the storied duo’s return to the ring, knocking off Kushida & Alex Shelley to advance in The Dusty Classic. And met with an opportunity for a sportsmanlike handshake with their opponents afterward, The Grizzled Young Veterans wanted nothing to do with it, instead declaring that their only mission is to capture The Dusty Cup.

Isaiah “Swerve” Scott def. Lio Rush and Tyler Breeze to earn in a spot in the NXT Cruiserweight Championship Match at Worlds Collide

Isaiah Scott is swerving all the way to an NXT Cruserweight Championship opportunity.

By virtue of knocking off Lio Rush and Tyler Breeze in a Triple Threat Match, Scott will be one of three challengers vying for Angel Garza’s title in a Fatal 4-Way Match at WWE Worlds Collide on Saturday, Jan. 25. The two other yet-to-be-determined competitors will be representatives of NXT UK.

Whoever emerges as NXT Women’s Champion at WWE Worlds Collide will have their work cut out for them as Bianca Belair will be challenging either reigning champion Rhea Ripley or Toni Storm at NXT TakeOver: Portland.

The EST of NXT triumphed over x other women in a Battle Royal this week on NXT to earn that opportunity, last eliminating Io Shirai to conclude an eventful and chaotic Battle Royal for the black-and-gold brand’s red-hot Women’s Division.

Making her return to action was Tegan Nox, who took to the ring for the first time since ex-bestie Dakota Kai’s shocking betrayal and savage attack back at NXT TakeOver: WarGames. But it was The Captain of Team Kick again having the last laugh as she was responsible for Nox’s elimination. Nox TKTKTKT

Trying to re-establish her dominance over the pack was former champion Shayna Baszler, who was the last competitor to enter the ring before the melee ensued. But instead of emerging with a rematch for her old title, The Queen of Spades may have instead found a new foe in Shotzi Blackheart, who eliminated her.

What will be the fallout of Undisputed ERA’s surprise NXT UK takeover? 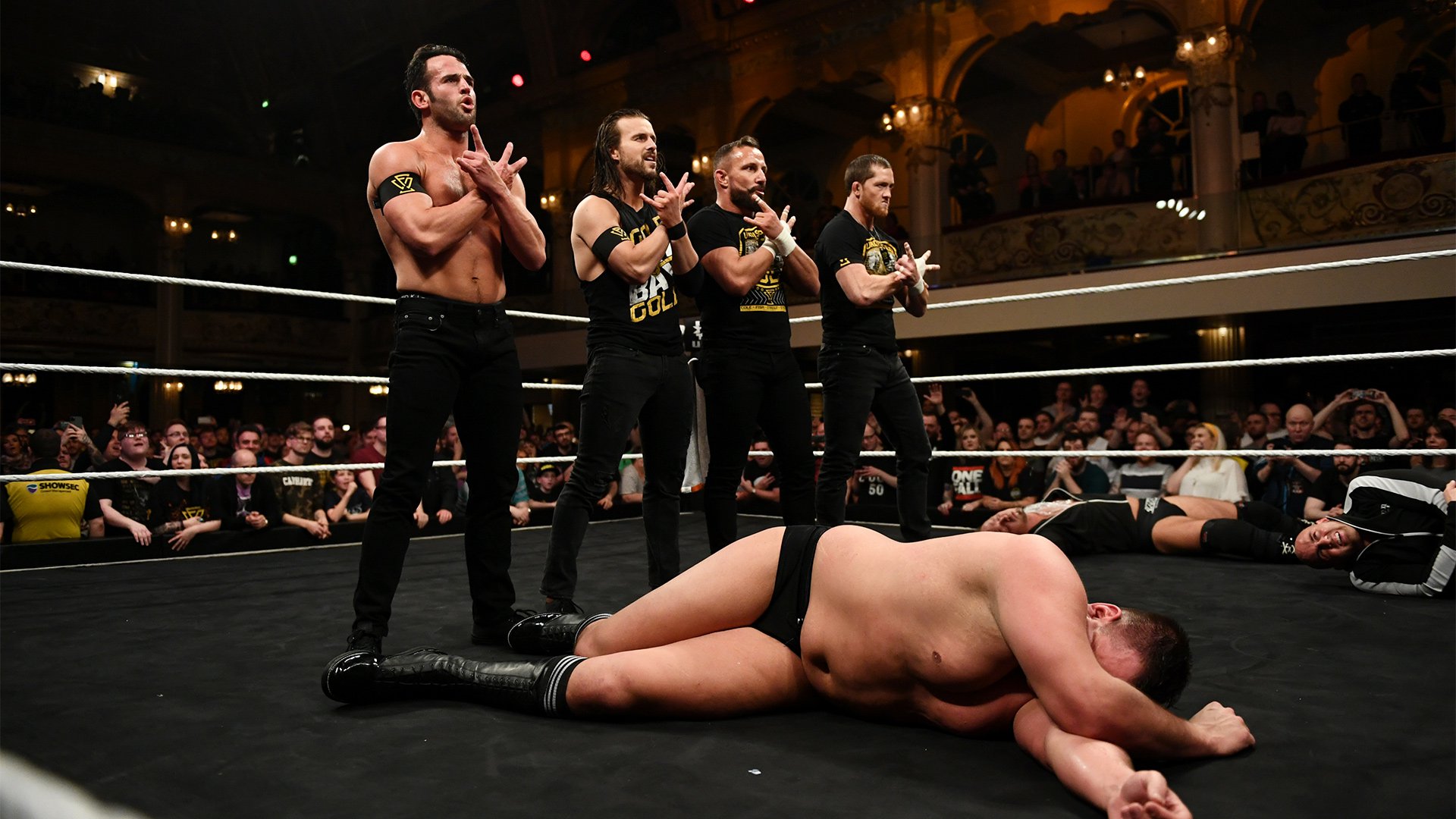 NXT UK TakeOver: Blackpool II came to a shocking conclusion on Sunday, as The Undisputed ERA launched the first salvo in the battle of brands set to culminate at Worlds Collide on Jan. 25.

NXT Champion Adam Cole, NXT North American Champion Roderick Strong and NXT Tag Team Champions Kyle O’Reilly & Bobby Fish set their sights on WWE United Kingdom Champion WALTER and Imperium, catching The Ring General and his soldiers by surprise with a vicious assault in the Empress Ballroom. With just under two weeks left until the two factions clash in an 8-Man Tag Team Match at Worlds Collide, what will be the fallout of this brutal attack? Find out on WWE NXT, live tonight at 8/7 C on USA Network!