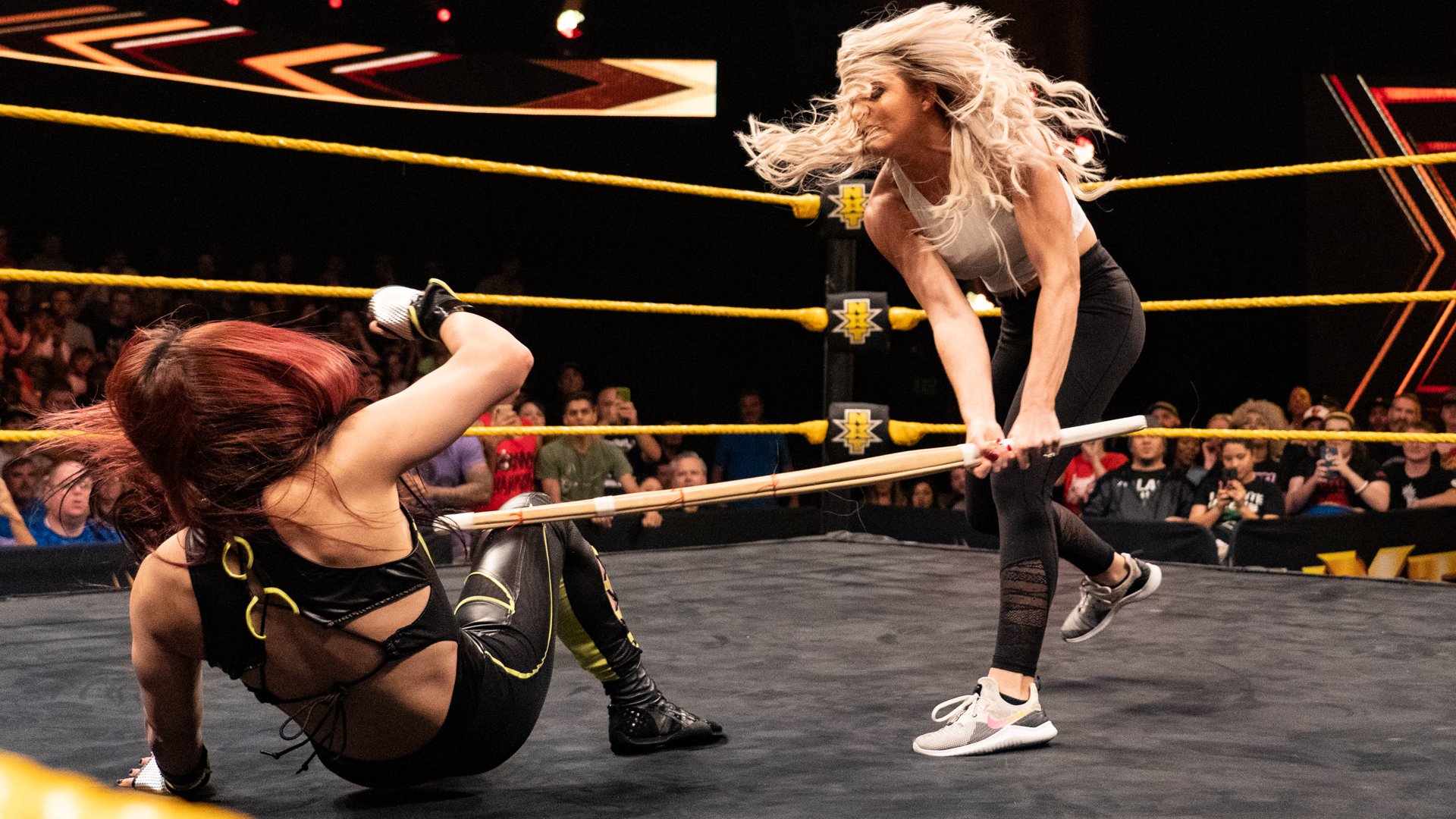 ORLANDO, Fla. — The winner of this match was never in doubt. Io Shirai dominated Cami Fields from start to finish and could have easily pinned her after executing her trademark Moonsault. Instead, The Genius of the Sky chose to inflict more pain, breaking the pin and forcing a submission via the Harajuku Clutch (the same hold Shirai used to defeat Candice LeRae at TakeOver: Toronto).

Shirai retrieved a Kendo stick after the bell and had designs on dishing out more punishment, but LeRae sprinted into the ring, seized the weapon from her former ally and started swinging for the fences. Shirai escaped relatively unscathed but wholly enraged that Tenacious C had foiled her callous post-match plan. 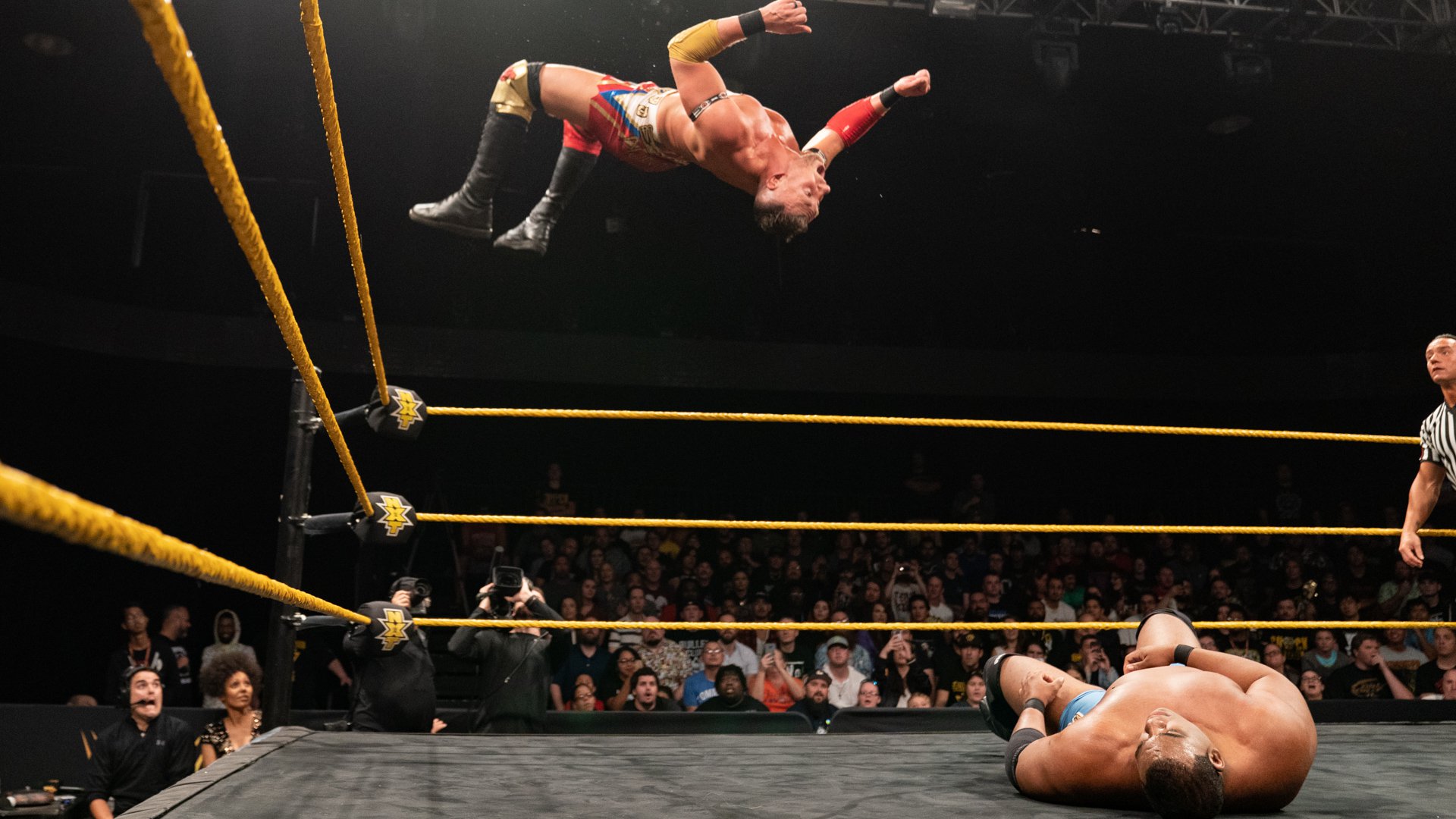 The NXT Universe waited six months to witness the rematch between Keith Lee and Dominik Dijakovic, and even still, it’s hard to know whether anybody was truly prepared for what transpired when the titans finally locked horns again.

The clash was an ebb-and-flow of heavy hits, Herculean feats of strength, and displays of speed and agility that are normally reserved for the Cruiserweight division, not super-heavyweights like the 270-pound Dijakovic and 320-pound Lee.

When one Superstar hit a jaw-dropping move, the other returned fire with an even more spectacular attack. Lee slammed Dijakovic with a spinebuster onto the edge of the ring apron, but The Rare Breed came back with a Fosbury Flop over the ropes onto the floor. After a couple failed attempts, Dijakovic hurled Lee across the ring with a release suplex and followed up with a moonsault. Lee soon regained the advantage and made Dijakovic bask in his glory with a high-risk Spanish Fly off the top rope. The NXT Universe showed their appreciation with a vigorous chant of “Fight forever.”

Just when it seemed like the action couldn’t escalate any further, The Rare Breed stopped Lee’s next ascent up the turnbuckles, racked the big man across his shoulders and flipped him into the Feast Your Eyes knee strike to pick up the monumental win. 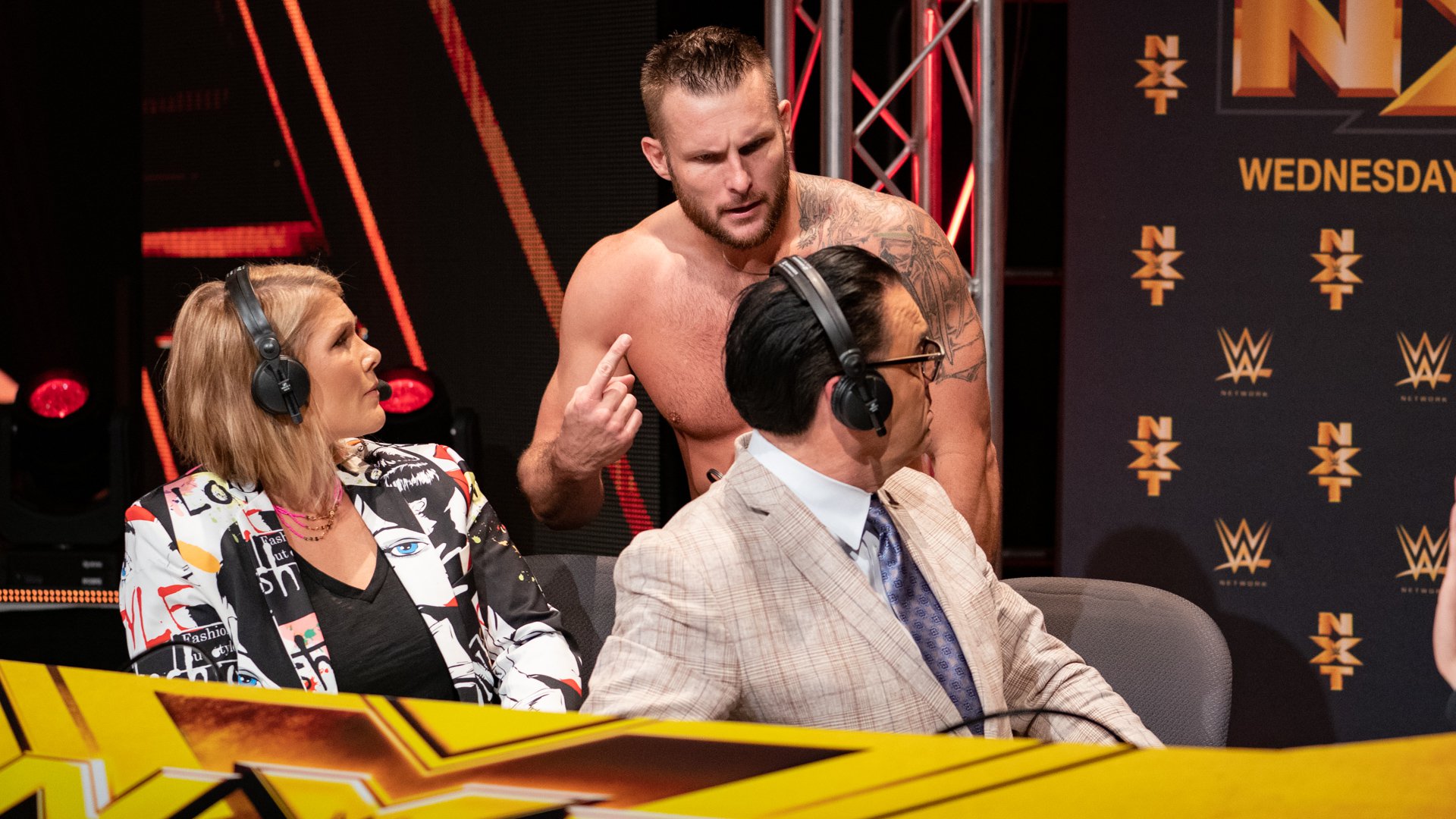 While much of the NXT Universe is wondering what the future holds for Johnny Gargano in NXT, the only question in Shane Thorne’s mind is why more people aren’t talking about him.

The Superstar who fittingly calls himself “The Worst” barged into the announce position to air his grievances to Mauro Ranallo, Beth Phoenix and Nigel McGuinness after a video package aired that celebrated Gargano’s decorated NXT career and fueled speculation about Johnny Wrestling’s status in NXT.

Writing off Gargano as “gone,” “done” and the “past,” Thorne declared himself “the man” in NXT, proving yet again that there is no right side of the bed for Thorne to get out on. 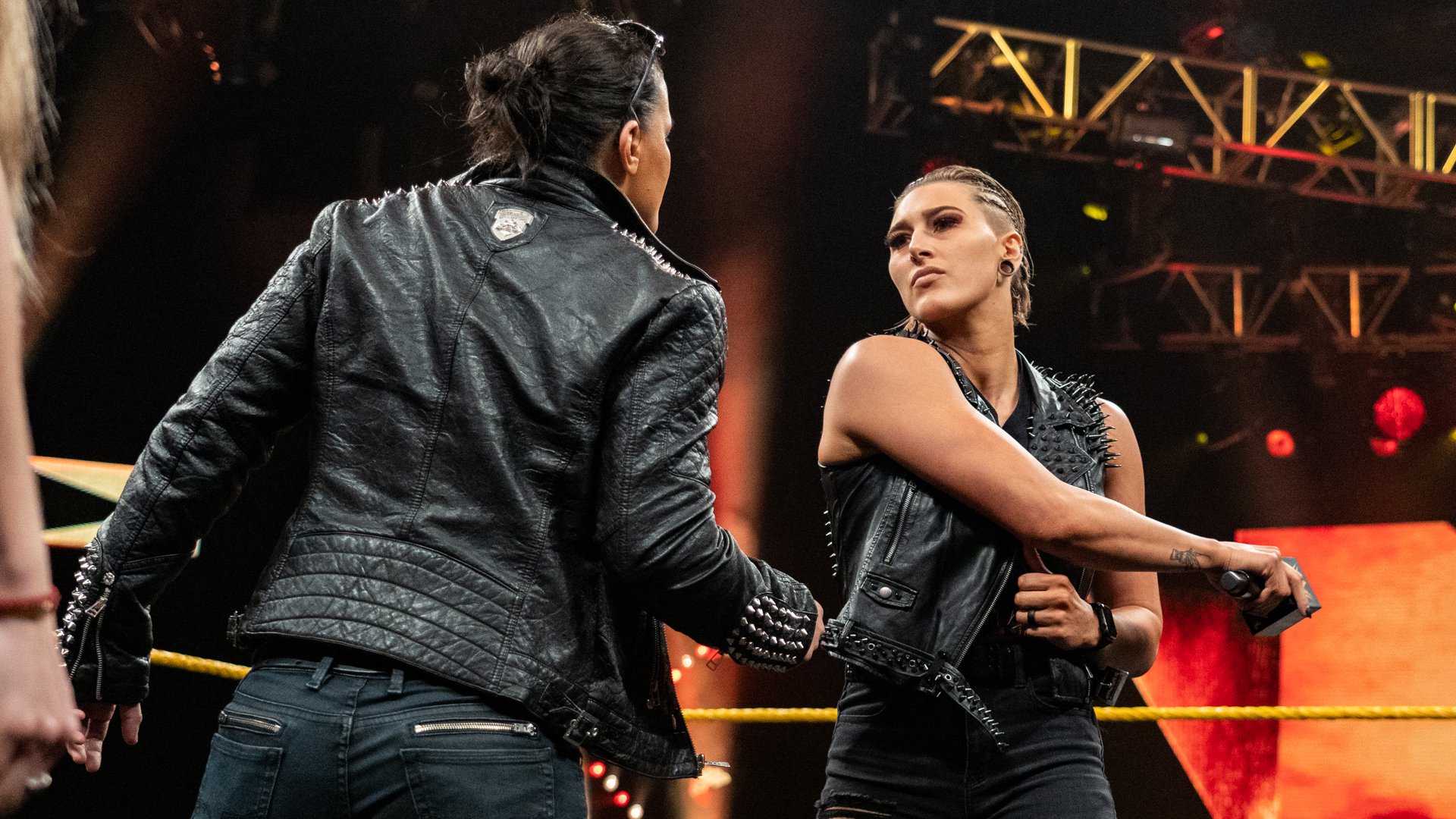 But before the NXT Women’s Champion could get one word out, she was interrupted by the headbanging anthem belonging to former NXT UK Women’s Champion Rhea Ripley. The Mosh Pit Kid confidently stomped into the ring, swiped the mic from Baszler’s hand and reminded The Queen of Spades that while she may have beaten many of NXT’s top Superstars, she’s yet to defeat Ripley.

Stunned, The Horsewomen backed down and left without further incident, giving Ripley the upper hand in this unexpected exchange between unrepentant thrashers.

Pete Dunne: “I go where I want, whenever I want” 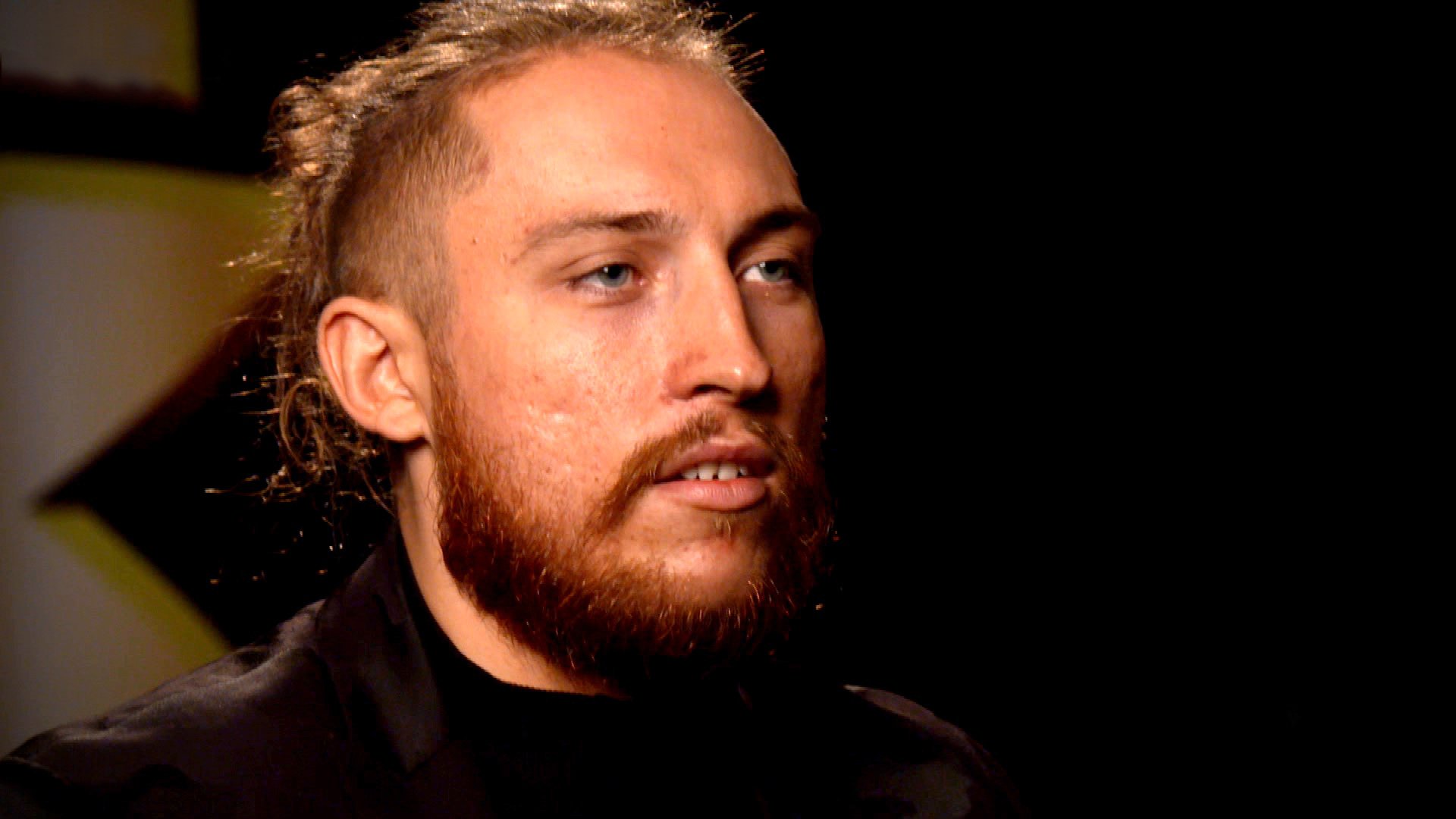 Pete Dunne doesn’t play by anyone’s rules but his own.

The BruiserWeight made that much clear in a rare interview in which he discussed his shocking return to NXT. The former WWE United Kingdom Champion clarified that he’s not done with NXT UK; he just goes where he wants, when he wants, and best of luck to anyone who tries to stop him: “If anyone wants to step to me, I’ll break your fingers, I’ll break your spirit. Just watch.” 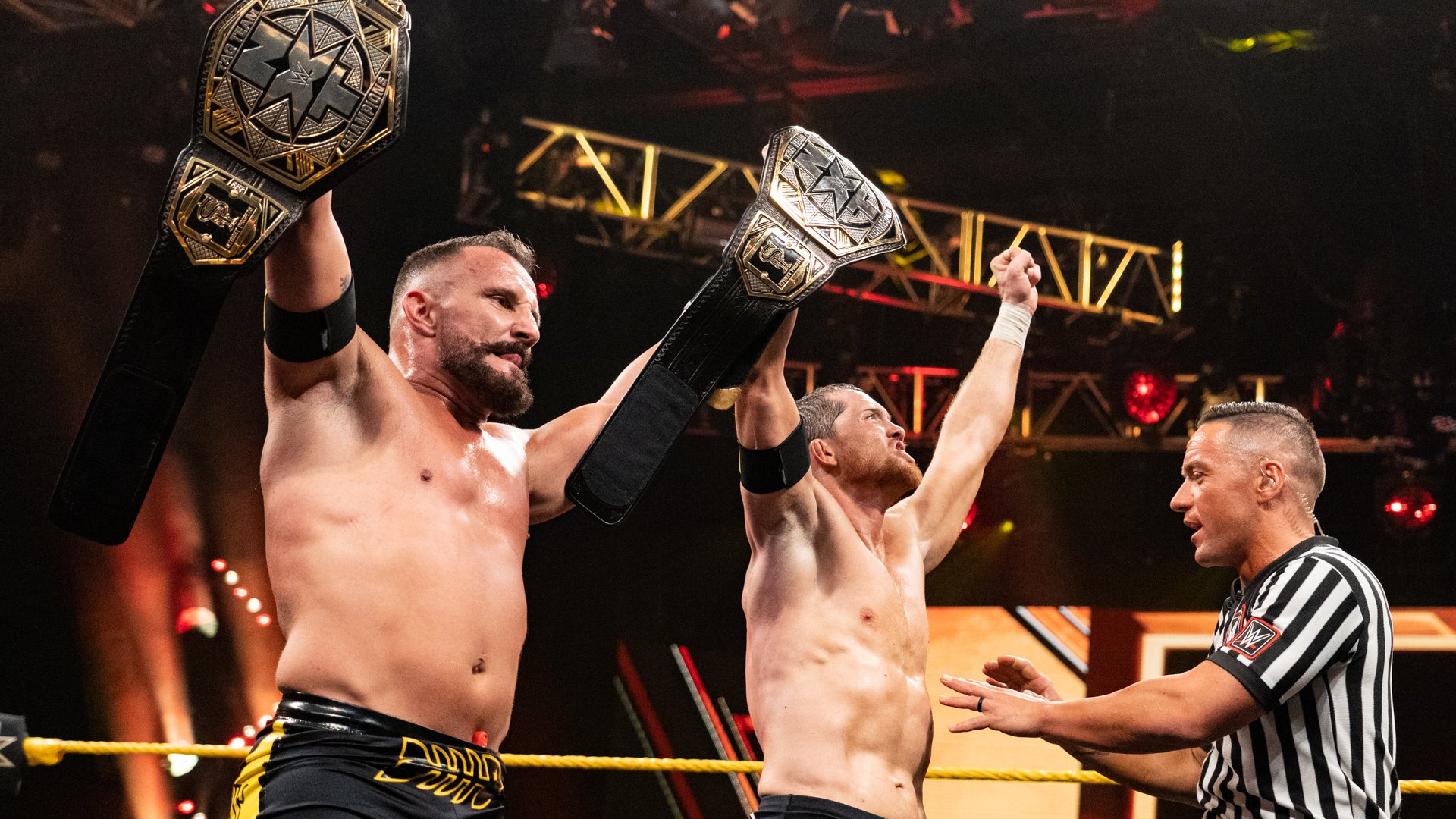 Despite a double-tough effort by The Street Profits, Bobby Fish & Kyle O’Reilly triumphed over Angelo Dawkins & Montez Ford to regain the NXT Tag Team Titles, moving The Undisputed ERA ever closer to fulfilling their all-gold prophecy.

Desperate to hold on to the title they struggled for years to capture, Dawkins & Ford fought their challengers as though their lives depended on it. The Sultans of Swag bravely gritted through the pain as Fish & O’Reilly systematically attacked the Profits’ legs with high-torque leg whips, vicious kicks and airtight submission holds. Aching legs aside, Dawkins & Ford were able to string together impactful double-team moves.

As the intensity heightened, Dawkins drilled O’Reilly with a spear and attempted to do the same to Fish, only to be stopped in his tracks by a devastating knee strike. Ford, who was the legal man, then tried to Frog Splash O’Reilly but came up empty. With Dawkins still reeling from the taste of Fish’s kneecap, The Undisputed ERA toppled King Tez with a high-low combination for the three-count, ushering in the faction’s record-breaking third reign as NXT Tag Team Champions.