After NXT Cruiserweight Champion Lio Rush faced Oney Lorcan, Tony Nese confronted The Man of the Hour and welcomed him back to WWE 205 Live before he battled Raul Mendoza. Plus, Isaiah “Swerve” Scott collided with Ariya Daivari. 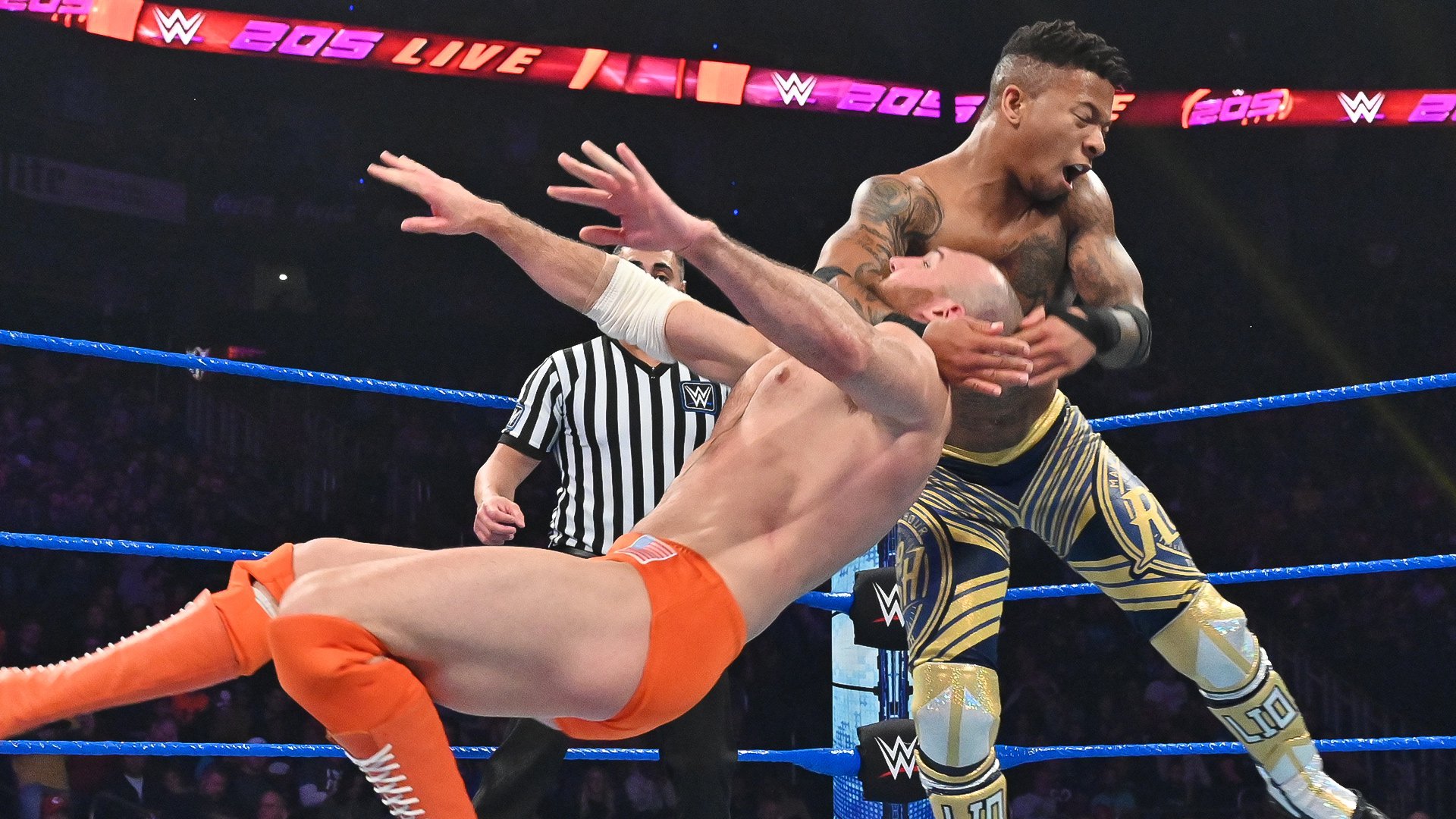 Last month, Lio Rush defeated Oney Lorcan in a battle to determine who would challenge Drew Gulak for the NXT Cruiserweight Championship. The Man of the Hour emerged victorious and would go on to defeat Gulak and claim the title. Tonight, Rush returned to WWE 205 Live for the first time since winning the championship and once again faced Lorcan – in a non-title match – as The Boston Brawler looked to prove he is deserving of a championship opportunity.

Rather than try to match speed with Rush as he did last month on WWE NXT, Lorcan instead used his size and power advantage, but The Man of the Hour’s incredible speed and agility acted as an effective countermeasure to Lorcan’s offensive approach. The Boston Brawler did his best to keep Rush grounded and slow the pace of the contest.

In control of the contest, Lorcan attempted a Half and Half from the top rope, but Rush countered. Displaying his uncanny intuition, Rush then countered another move from his opponent with a tornado DDT. The Man of the Hour’s adrenaline surged, and he took down The Boston Brawler with a series of fast-paced maneuvers before taking out Lorcan with the Final Hour.

Following Rush’s victory, Tony Nese – who has his sights set on the NXT Cruiserweight Championship – entered the ring, ready for his match. Confronting the champion, The Premier Athlete invited Rush to watch him in action from ringside. 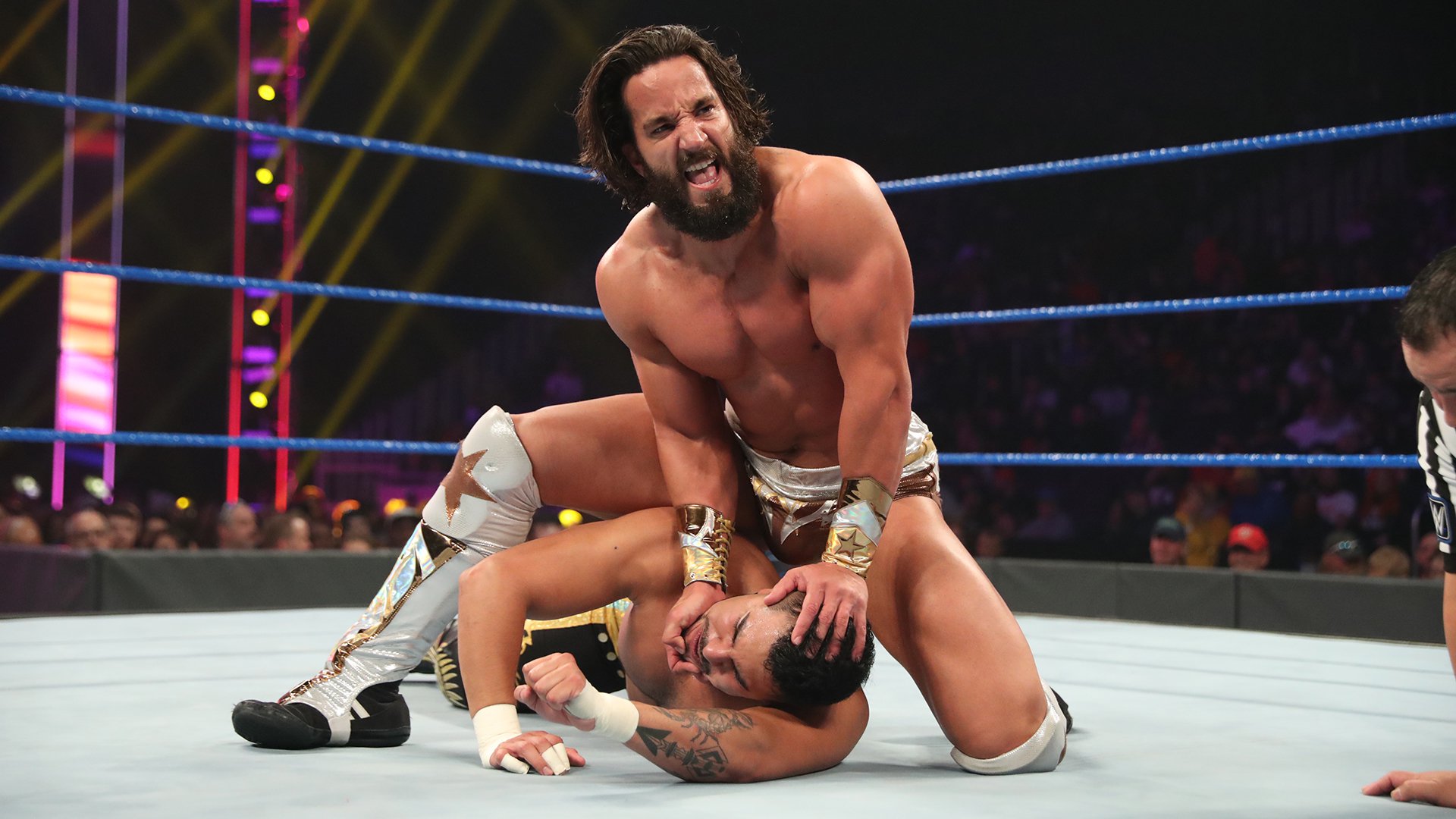 With NXT Cruiserweight Champion Lio Rush joining the commentary team to observe his match, Tony Nese had the objective to not only show-up Rush, but to continue building off his momentum following his victory in last week’s Triple Threat Match. Facing NXT Superstar Raul Mendoza, Nese made sure to show off his physique as the match got underway.

Rush was not impressed with The Premier Athlete and also took the time criticize another potential challenger, Angel Garza. Inside the ring, Mendoza and Nese matched speed and agility with neither Superstars maintaining a clear advantage until Mendoza turned the tables and flattened Nese on the outside. Taking a moment to recover on the outside, Nese traded verbal jabs with Rush before returning to the fight and taking out his opponent.

As the match continued, Angel Garza took to Twitter to respond to Rush’s earlier comments, making it clear he wanted the NXT Cruiserweight Championship. The Man of the Hour criticized Garza for not watching the match but also continued to claim Nese was envious of Rush. In control of the match, Nese continued to trade verbal barbs with Rush, but his split attention worked against The Premier Athlete.

Mendoza battled back and pushed his opponent to the limit but was unable to secure the victory. As Garza continued to tweet to Rush, the champion grew more impressed with his potential challengers inside the ring. Taking down Mendoza on the outside, Nese made sure to take the time to taunt Rush. The Man of the Hour returned the taunts, which allowed Mendoza to recover and roll up Nese to pick up the victory. 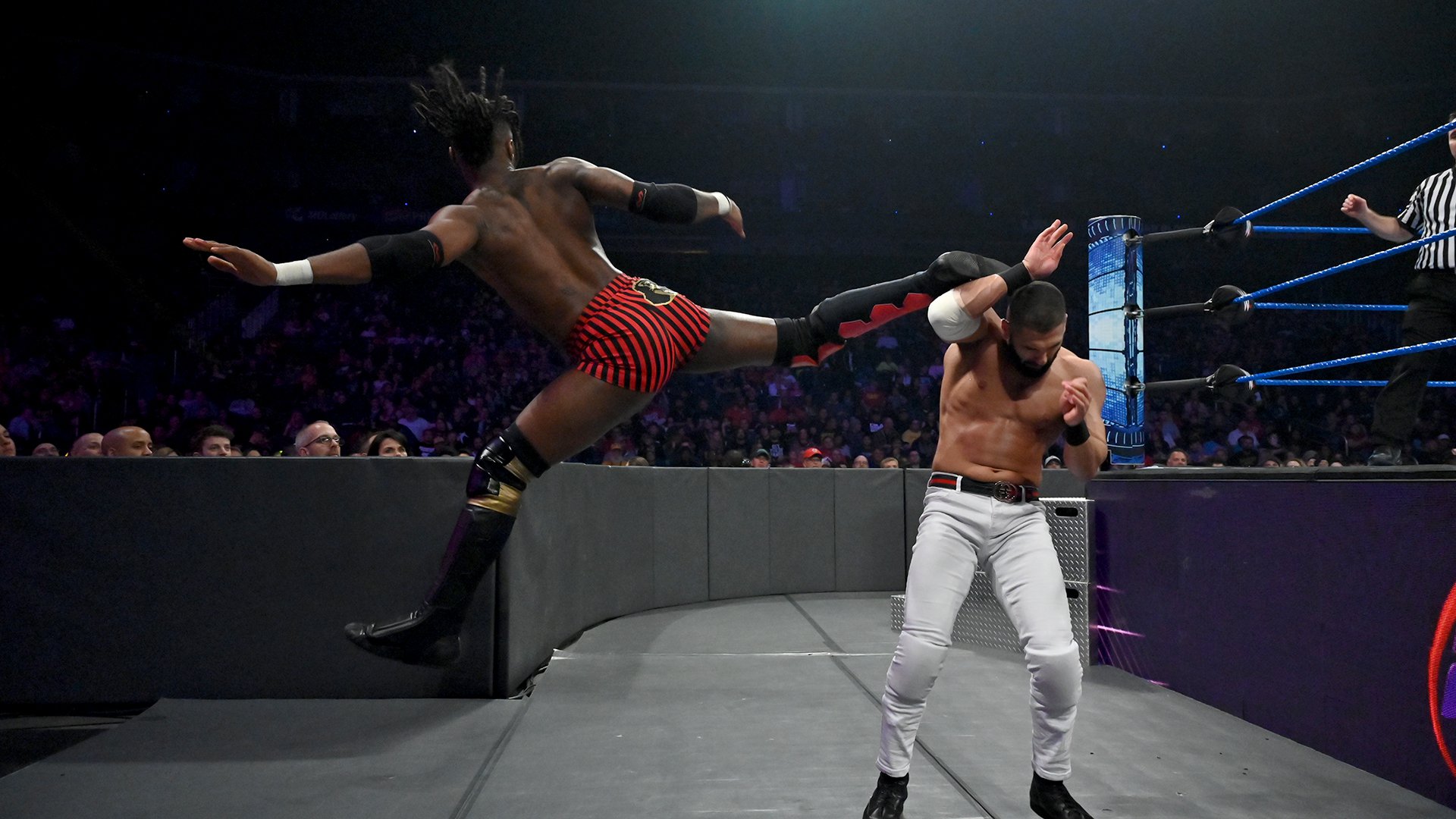 Earlier in the day, Ariya Daivari sent out a Twitter challenge to any of the current or new Superstars of WWE 205 Live to step inside the ring with him. He was especially looking to reset after his loss in last week’s Triple Threat Match against Tony Nese and Oney Lorcan. One of the Cruiserweight division’s newest competitors answered the call, and Isaiah “Swerve” Scott was determined to impress on his first night as an official member of the WWE 205 Live roster.

Scott has been building a great deal of momentum in recent weeks on WWE NXT, but Daivari quickly went on the attack, looking to welcome “Swerve” to WWE 205 Live in his own brutal way. However, the speed of Scott quickly turned the match in his favor and left Daivari reeling and resorting to a much more aggressive approach, using the environment in and outside the ring to his advantage.

The Persian Lion maintained his aggressiveness, but “Swerve” put his resilience on display and used his innovative attack to decimate his opponent.

Daivari struck back, and the two Superstars exchanged strikes back and forth. As Daivari attempted his Hammerlock Lariat, “Swerve” countered and took down his opponent with a huge kick to secure the win.

Daivari hopes to put “Swerve” in his place 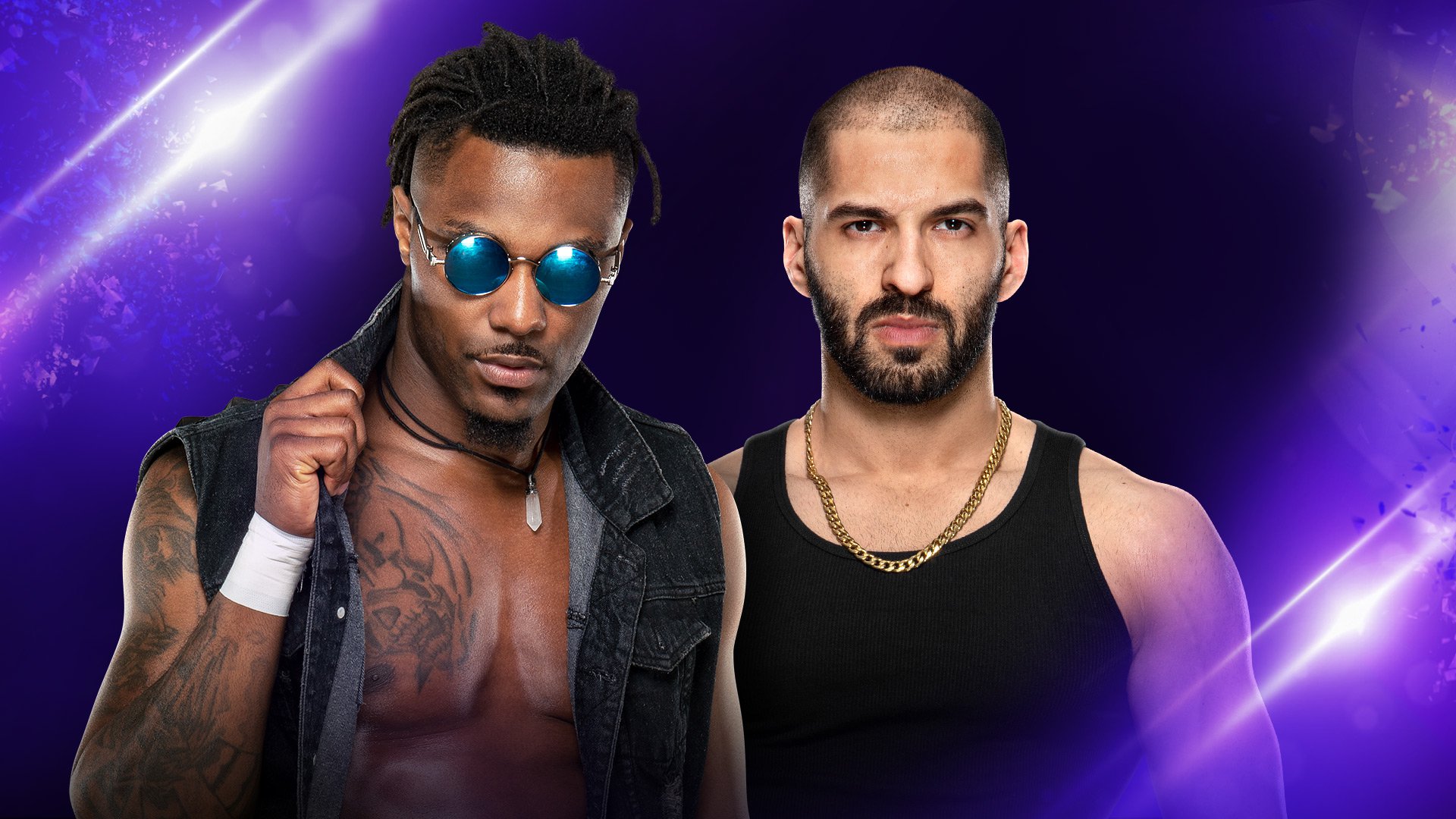 Earlier today, Ariya Daivari posted on Twitter that he’s ready to take on any of the new faces making their way to WWE 205 Live, especially following his loss in last week’s Triple Threat Match.

Looking to make an impact on his first night as an official member of the WWE 205 Live roster, Isaiah “Swerve” Scott quote-tweeted Daivari to make it known he’d answer the challenge. As a result, Daivari and Scott will face off tonight!

The Champion of the Hour returns 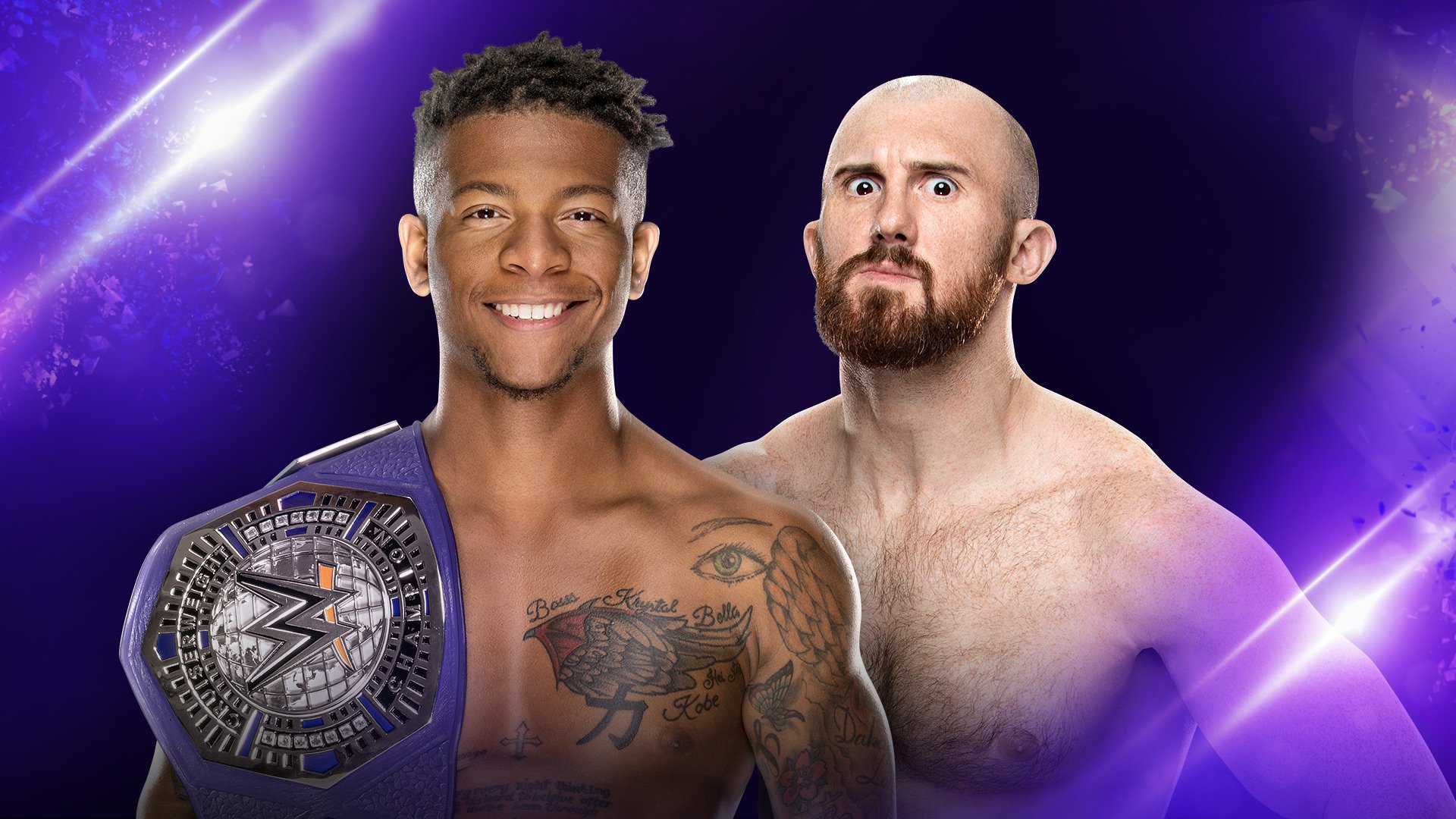 NXT Cruiserweight Champion Lio Rush returns to WWE 205 Live for the first time since defeating Drew Gulak for the championship. The Man of the Hour will certainly be looking to prove to the WWE Universe why he is the NXT Cruiserweight Champion, but in order to do so, he must defeat the very Superstar he faced to earn the right to challenge Drew Gulak for the title – Oney Lorcan.

The Boston Brawler has been hungry for a championship opportunity, and following his loss in the Triple Threat Match last week, he has another chance to prove he’s ready for title contention. If Lorcan can defeat the champion in a non-title bout tonight, he will have an ironclad case for a future opportunity.