On the latest episode of WWE 205 Live, an alliance forged out of respect between NXT Cruiserweight Champion Lio Rush and Raul Mendoza is tested against Tony Nese & Ariya Daivari. Plus, Angel Garza battles Gentleman Jack Gallagher. 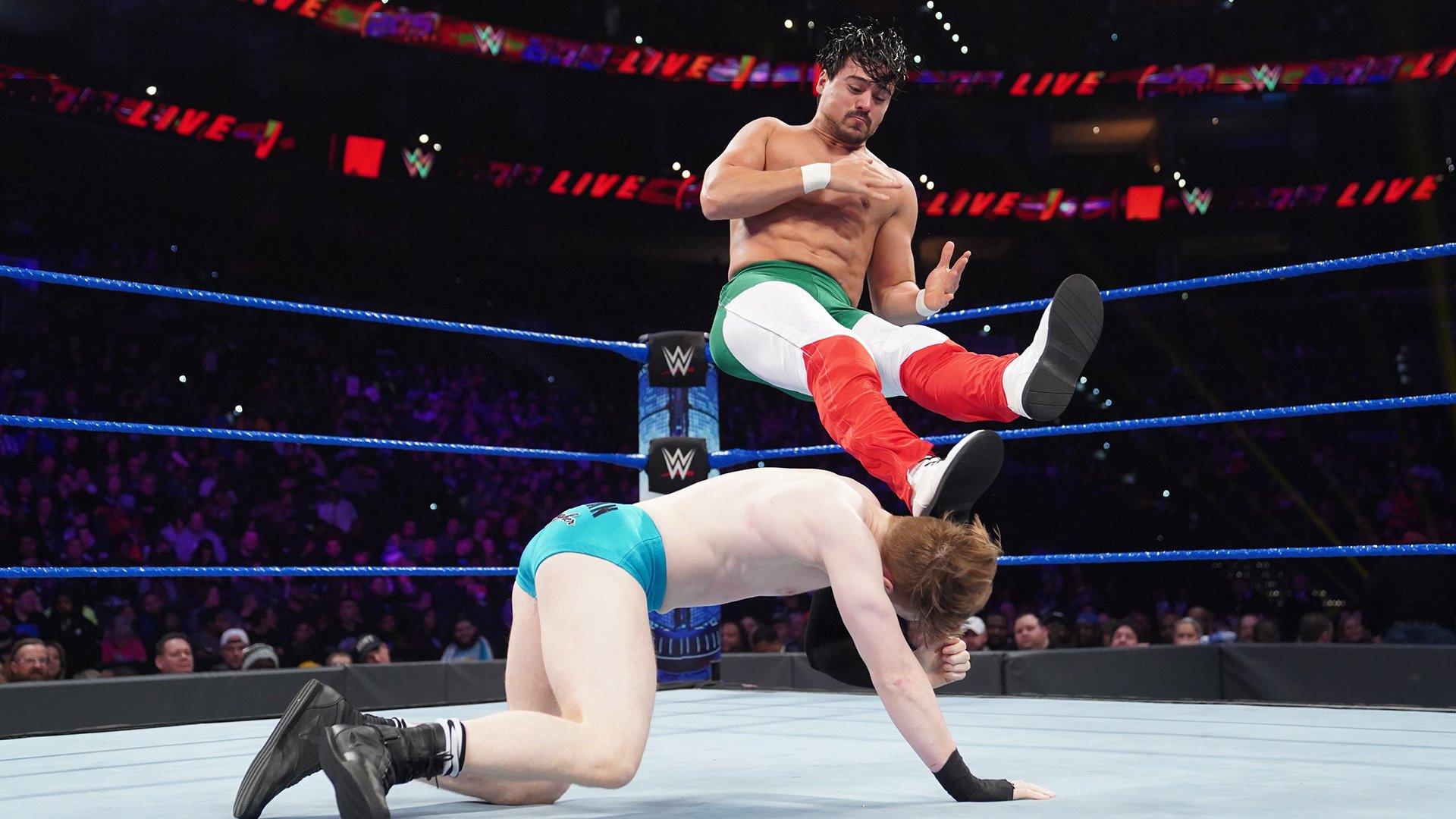 Earlier this week on WWE NXT, Angel Garza pushed NXT Cruiserweight Champion Lio Rush to the limit. Although Rush emerged victorious, Garza did have his foot on the ropes, but the official didn’t see it. Rather than dwell on what happened, Garza set out to regain his momentum against Gentleman Jack Gallagher and prove he still deserves a title opportunity.

The Mexican Superstar started the bout with his trademark confidence before engaging in a showdown of technical ability with his opponent. Garza remained in control, keeping Gallagher’s unorthodox style in check and attacking with a precise and effective attack designed to maximize punishment.

Gallagher withstood Garza’s onslaught and battled back. However, Garza showed off incredible ring awareness and countered a strike, driving Gallagher into the ring apron. The British Superstar recovered and delivered a headbutt. Rather than go for a pinfall, Gallagher charged forward, missing the Gentleman’s dropkick, and was rolled up by Garza. Using his opponent’s tights as leverage, Garza secured the three-count.

After the match, Gallagher confronted WWE 205 Live commentator Aiden English for singing Garza’s praises, but he was visibly disappointed with the loss. 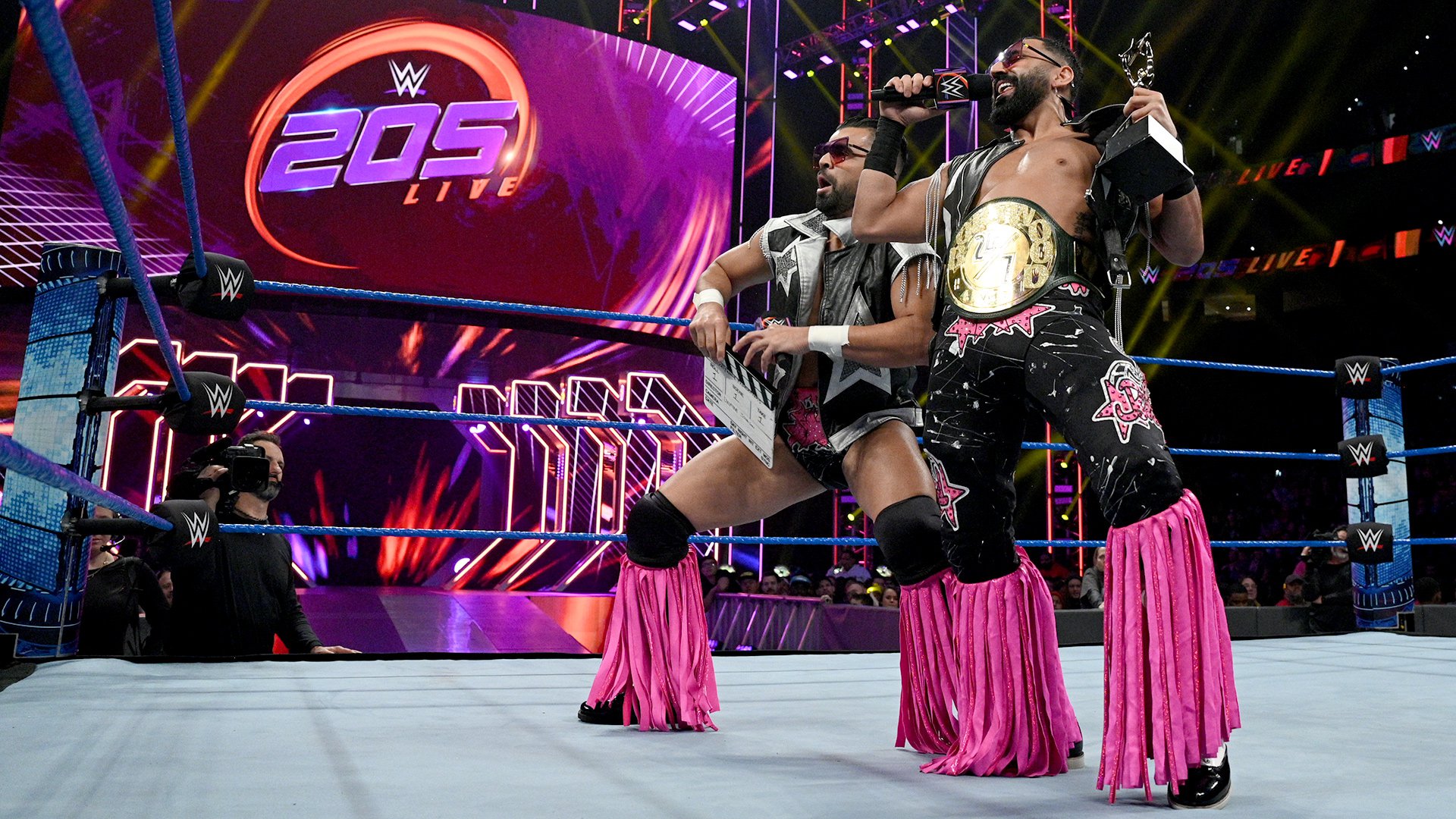 For the first time ever, the 24/7 Championship was defended on WWE 205 Live. The self-proclaimed, longest-reigning 24/7 Champion Samir Singh made his way to his ring with his brother to battle Tim Gange.

However, before the match started, The Singhs addressed the WWE Universe to explain that a victorious Samir would be the longest-reigning 24/7 Champion before singing a song from their next Bollywood film. They then turned their attention to Gange and made it clear that the match was a 2-on-1 Handicap Match. Gange took the news in stride but was quickly attacked by both Singhs.

Gange recovered to take down both Singhs, but the numbers game proved to be too much, as Samir and Sunil took turns attacking their opponent before leveling him with the Bollywood Blast. 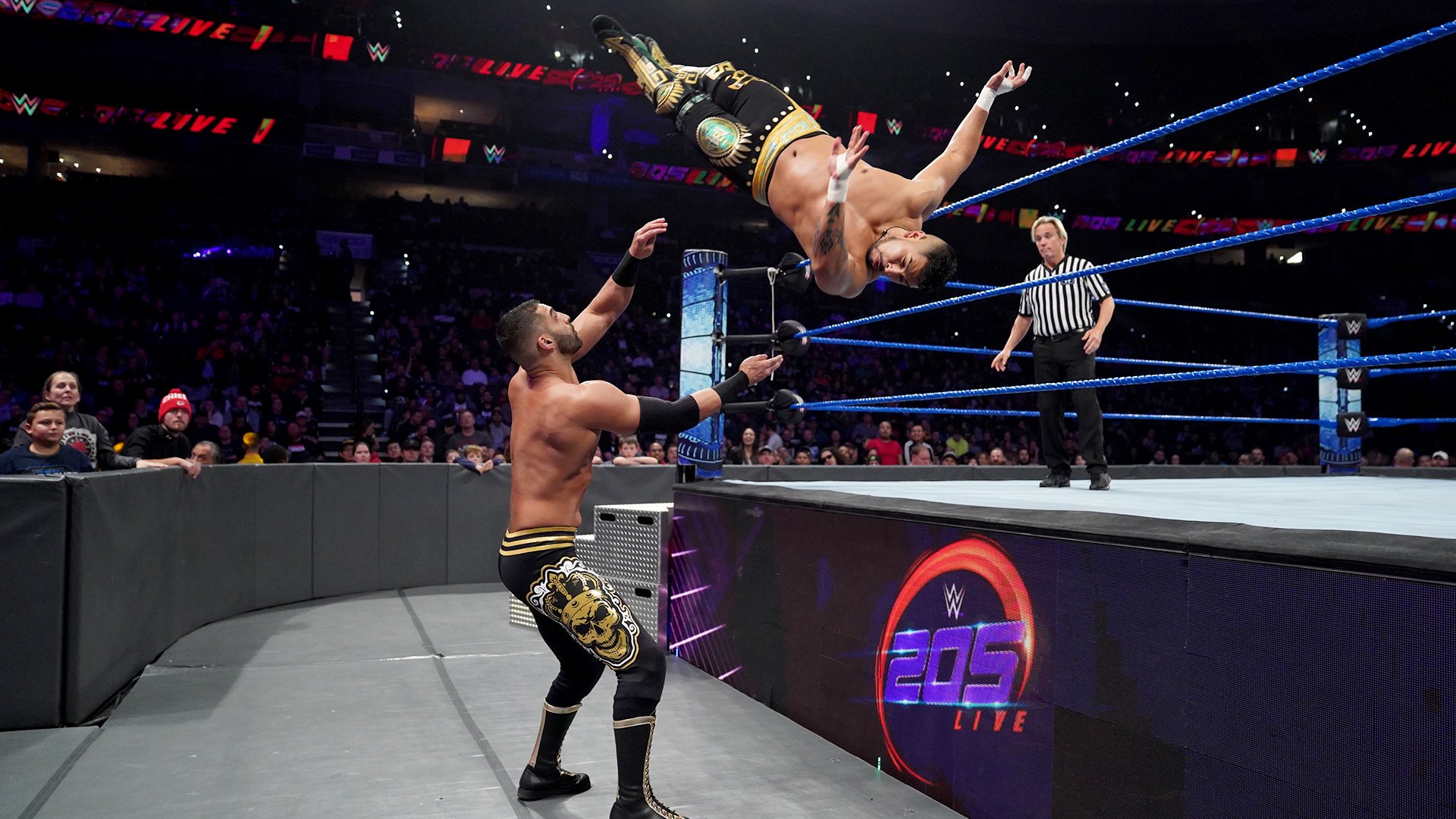 As the opening bell sounded, Ariya Daivari squared off with Raul Mendoza until Tony Nese charged forward and took Rush off the ring apron. Nese and Daivari enjoyed a brief upper hand until Mendoza and Rush turned up the speed and acrobatics, flattening their opponents on the outside. Back inside the ring, the champion and Mendoza displayed incredible teamwork at the expense of The Persian Lion.

Finally, The Premier Athlete tagged himself in and the tables turned as Nese focused on the champion after an assist from his partner on the outside. Keeping Rush isolated, Nese and Daivari took their time picking apart The Man of the Hour.

Using his speed, Rush avoided his opponents to tag in Mendoza, who sped up the pace of the contest, taking down both Nese and Daivari. However, The Premier Athlete attacked Mendoza’s knee and swung the match back into his side’s favor. Focusing on Mendoza, the WWE 205 Live originals worked together to keep the battle in their favor.

Once again using his speed to regain his composure, Mendoza countered an attack from Daivari and tagged in Rush. The NXT Cruiserweight Champion engaged in a dizzying flurry of fast-paced strikes on both opponents and nearly secured a pinfall.

Daivari and Nese regained control for a brief moment before the combined speed and agility of Mendoza and Rush once again nearly secured victory. Nese prepared for the 405 Splash, but Mendoza rolled away, allowing Rush to make a quick tag and execute the Final Hour for the victory. 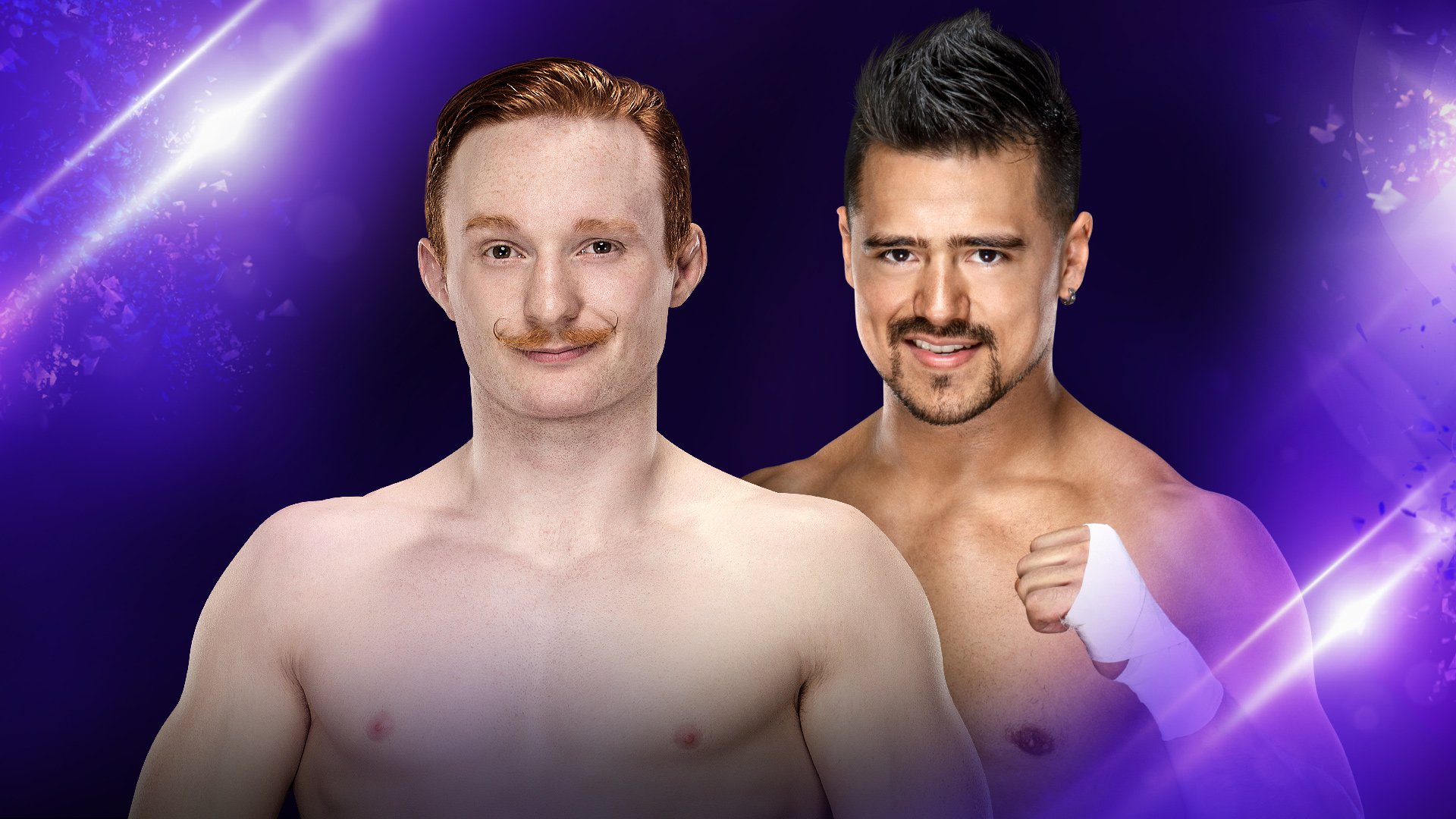 Following a competitive match with NXT Cruiserweight Champion Lio Rush this week on WWE NXT, Angel Garza felt cheated after the official did not see his foot on the ropes during the pinfall that led to his defeat. However, instead of dwelling on the questionable loss, Garza is determined to prove that he deserves another opportunity and will start to make his case tonight against Gentleman Jack Gallagher.

The British Superstar has been on his own quest to rebuild momentum and recently set himself on the correct course a few weeks ago. But Gallagher faces a daunting challenge in the hungry and confident Garza.

Will Garza prove he is ready for another title opportunity, or will Gallagher derail those plans? 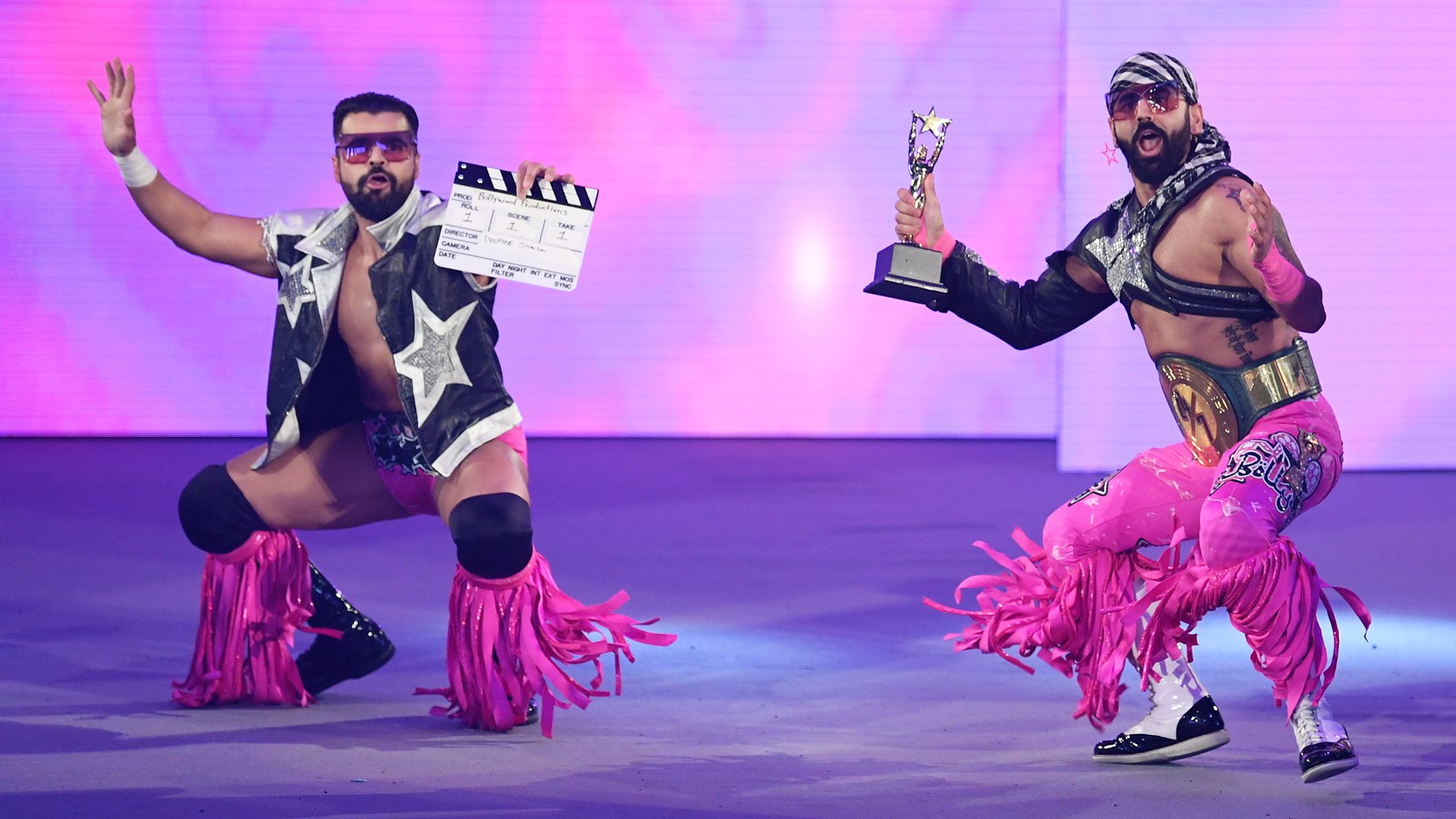 For the first time ever on WWE 205 Live, Samir Singh will defend the WWE 24/7 Championship! Although he teamed up with his brother on Raw, their battle against R-Truth ended in a No Contest as The Singh Brothers crossed paths with Erick Rowan. Escaping with the 24/7 Title in tact, Samir is looking to continue his successful reign as 24/7 Champion.

A team forged out of respect 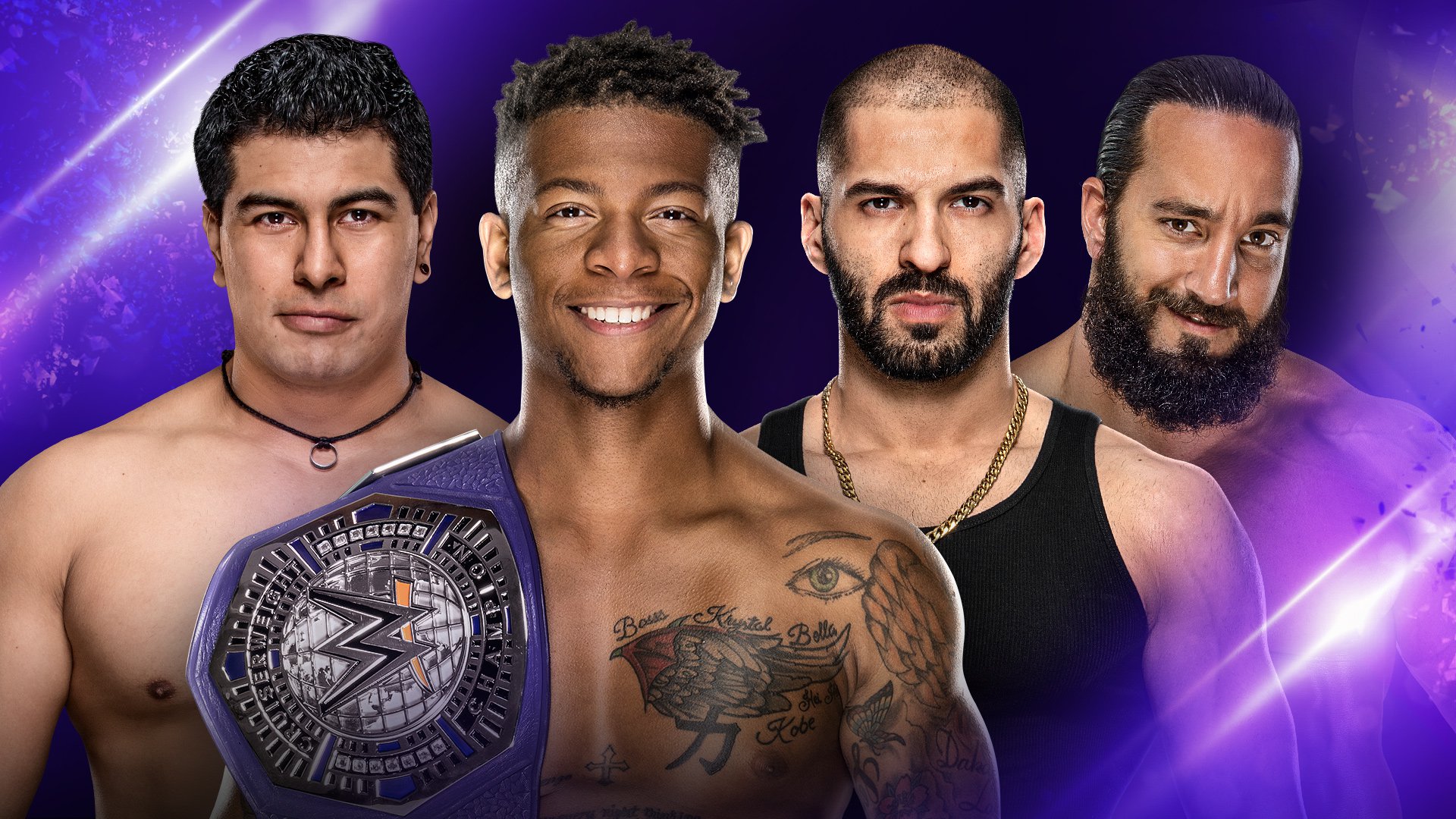 For two consecutive weeks on WWE 205 Live, NXT Cruiserweight Champion Lio Rush and Raul Mendoza tore the house down. Although The Man of the Hour emerged victorious in both contests, Mendoza certainly earned the champion’s respect. As a result of the mutual respect between the two competitors, they will join forces against WWE 205 Live originals Tony Nese and Ariya Daivari.

Both Nese and Daivari have their sights set on the NXT Cruiserweight Championship and a victory against Rush and Mendoza would only help in making their case.

Can Rush and Mendoza co-exist, or will Nese and Daivari prove they can work better as a team?

Don’t miss the most exciting hour on television, WWE 205 Live, tonight at 10/9 C, streaming live on the award-winning WWE Network.