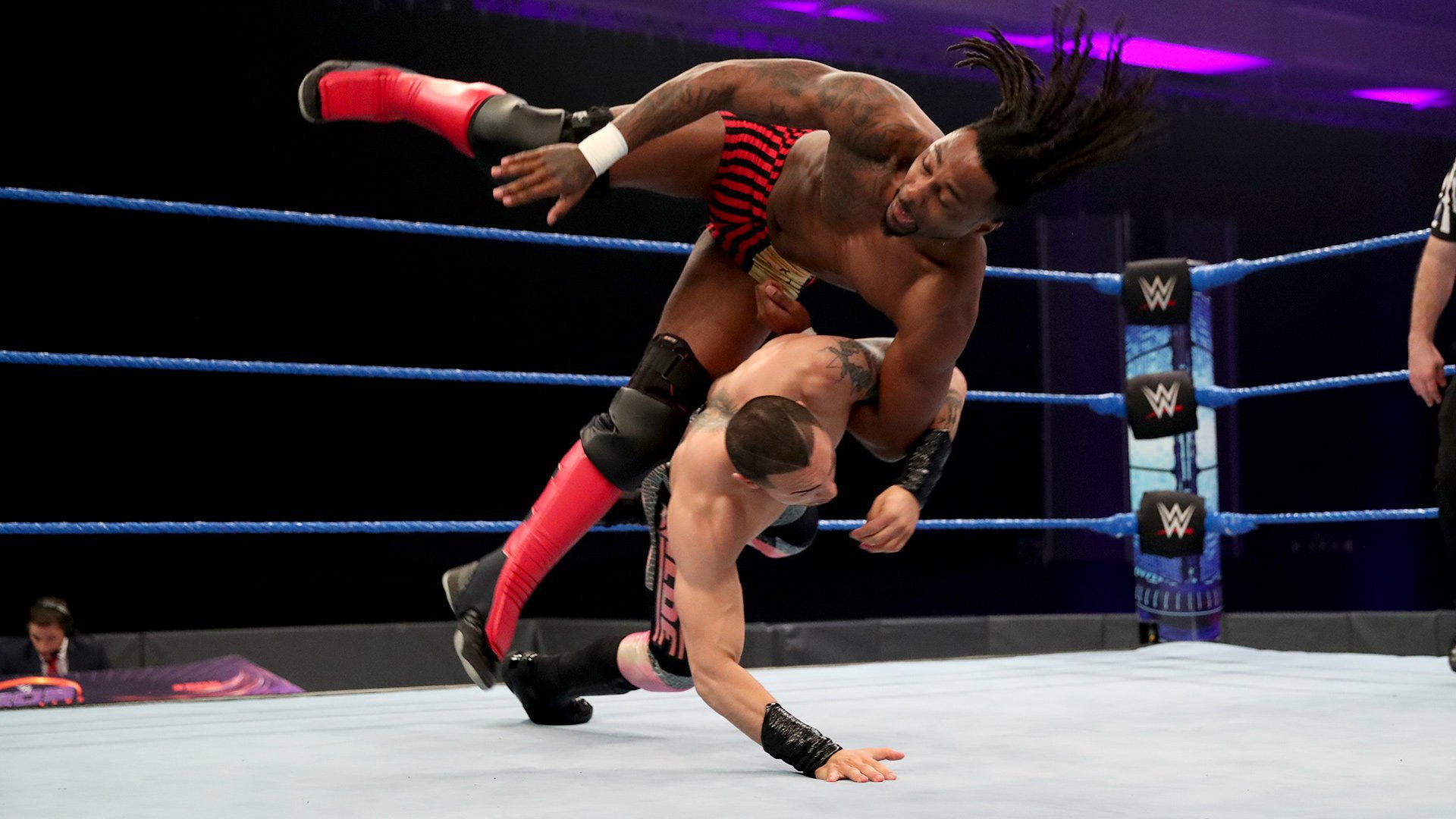 Last week on WWE 205 Live, Joaquin Wilde had his winning streak snapped by Danny Burch. However, The Cosmic Superstar is still looking to make a name for himself and hopes to pick up a victory against one of the most exciting NXT Cruiserweights, Isaiah “Swerve” Scott.

“Swerve” focused on a technical approach, but Wilde battled through immense pain, forcing his opponent to the outside before driving him into the announce table with a hurricanrana. However, as Wilde prepared to deliver a high-risk move off the top rope back inside the ring, he was once again derailed by “Swerve.”

Both competitors traded blows, and each delivered high-impact strikes and counters. As Wilde delivered a reverse-rana, Scott struck back with a House Call but was unable to secure the victory. The Cosmic Superstar pressed on, ascending to the top rope and attempting a high-risk move, but Scott countered with a modified Michinoku Driver for the win. 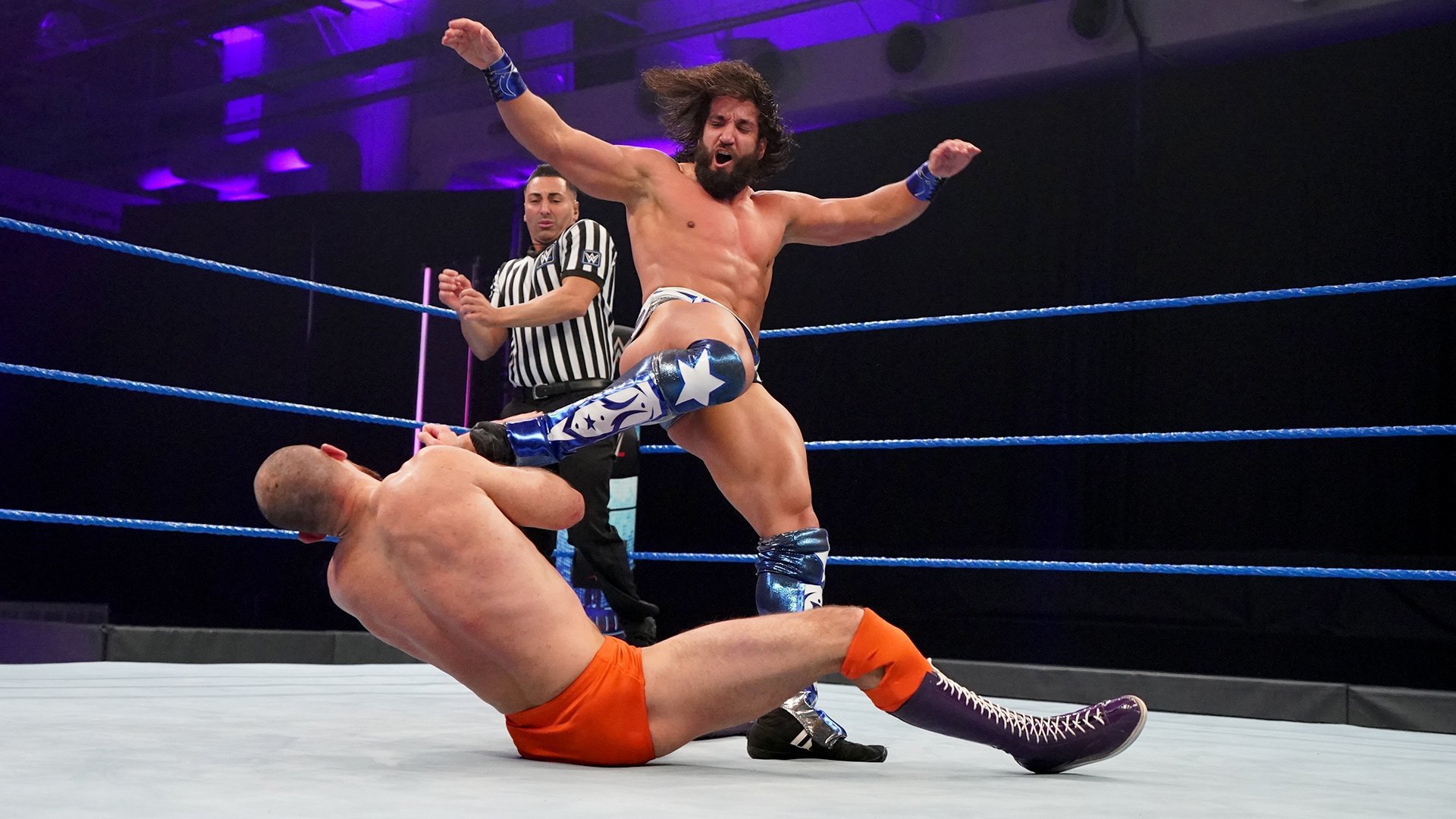 Two weeks ago on WWE 205 Live in a 10-Man Tag Team Elimination Match, Oney Lorcan eliminated the team captain of the WWE 205 Live originals, Tony Nese. The animosity remained high, and Nese was out for payback.

Both Superstars relied on their pure ground-grappling skills, but Lorcan maintained focus on his opponent’s limbs and neck. Rather than his usual rage-filled offense, Lorcan remained relatively calm, and the strategy paid dividends against a frustrated Nese. As the former NXT Cruiserweight Champion started delivering chops and strikes, Lorcan reciprocated with his usual fury.

As The Premier Athlete gained control, he began taunting his opponent and unleashing the rage that flows through Lorcan’s veins. The resilient Nese remained in the fight, jabbing his opponent in the throat before dropping him neck-first into the ropes.

Lorcan recovered and countered a Running Nese by attempting his patented Half and Half Suplex. However, Nese countered, delivered a stomp to the chest, a German suplex into the corner and a successful Running Nese for an impressive win.

Wilde looks for a major boost 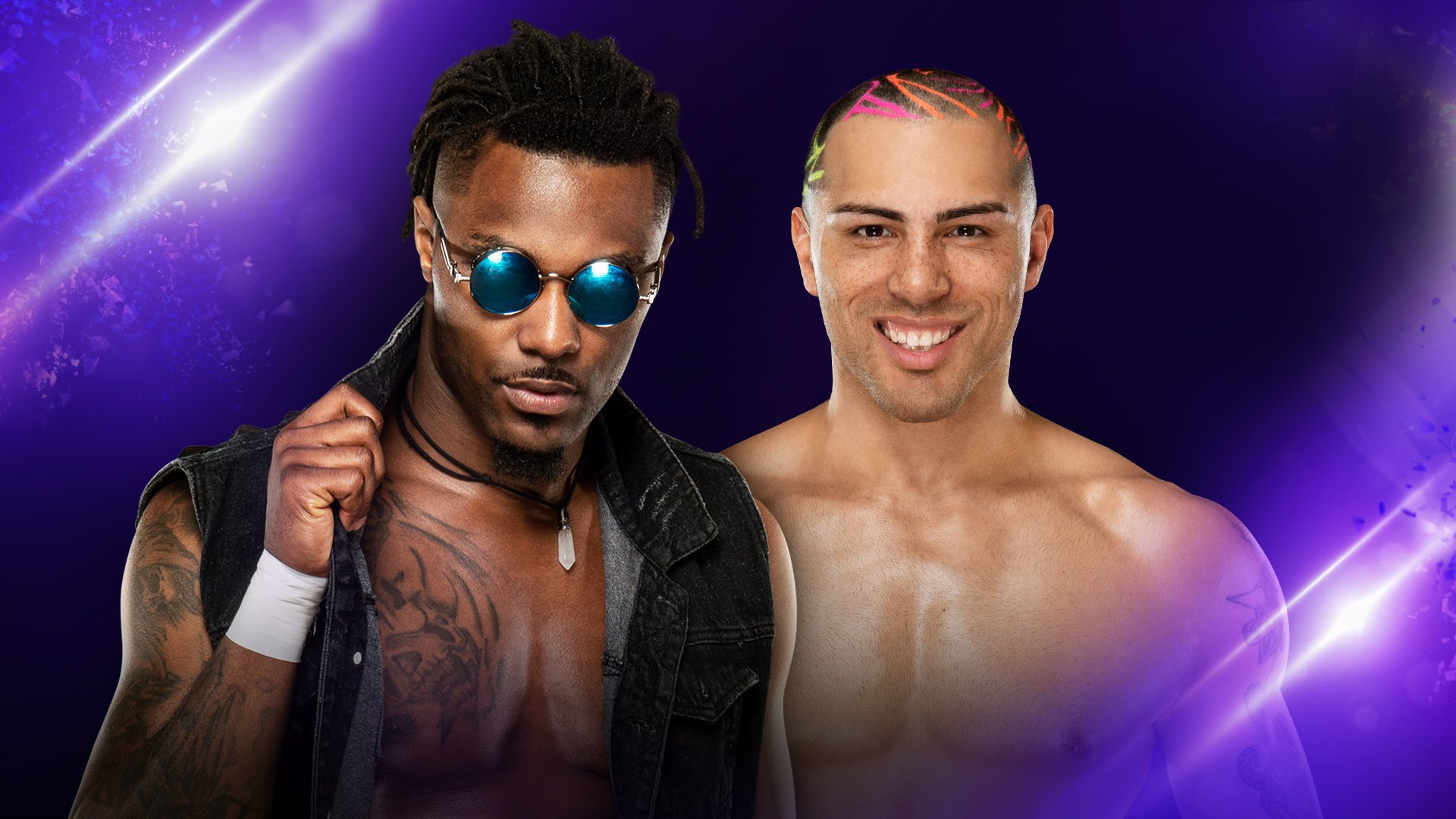 Last week on WWE 205 Live, Joaquin Wilde had his hot streak put on ice by the hard-hitting Danny Burch, who used his technical wizardry and British Strong Style to force the Cosmic Superstar to submit.

Looking to rebound from the disappointing loss, Wilde faces the daunting challenge of Isaiah “Swerve” Scott, a Superstar who has electrified WWE 205 Live and aspires to become NXT Cruiserweight Champion. Can Wilde gain a huge boost and take down “Swerve,” or is he just standing in Scott’s way? 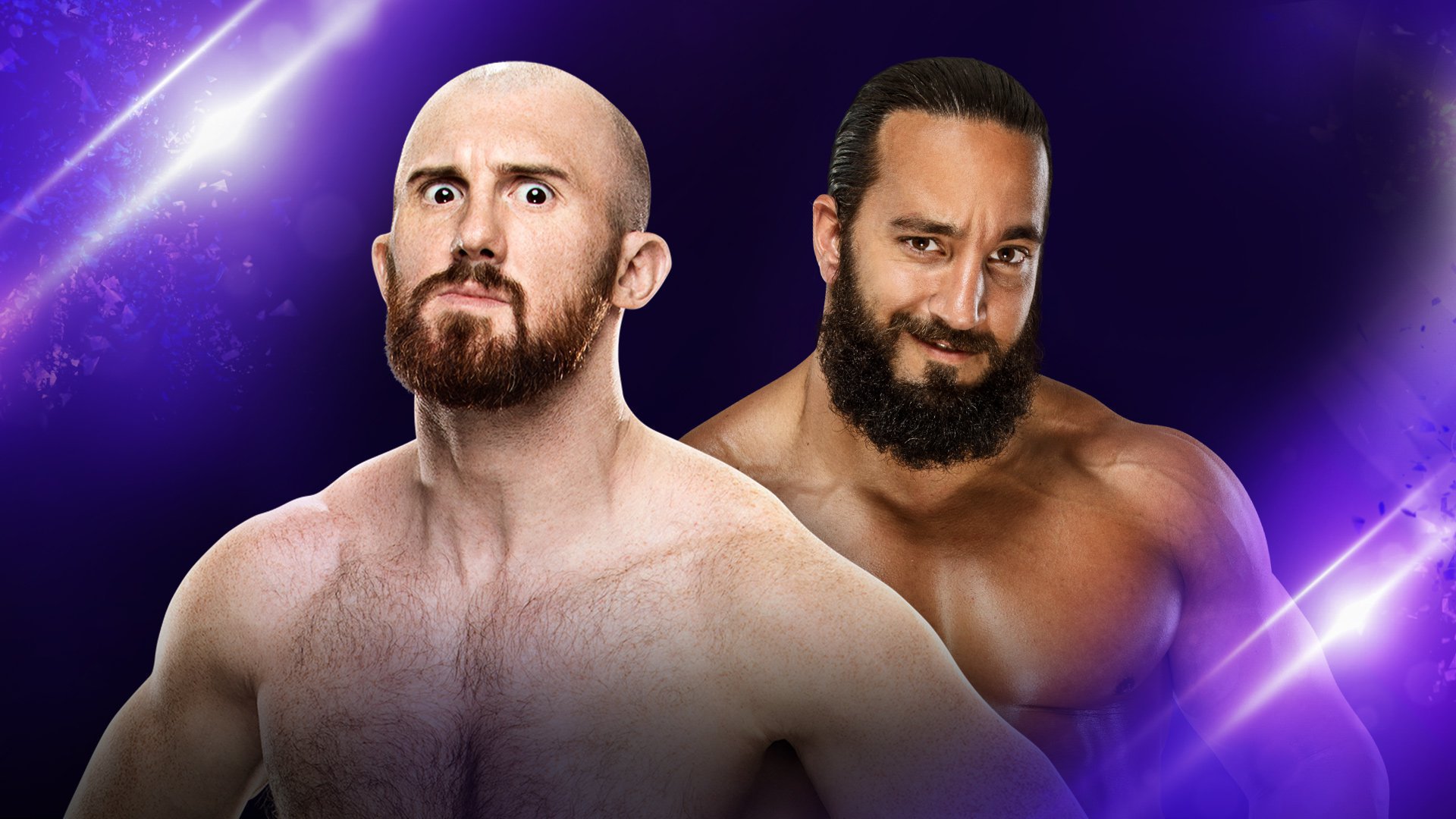 During that match, the 205 Live captain Tony Nese was eliminated by Oney Lorcan, and The Premier Athlete aims to settle the score when he goes one-on-one with The Boston Brawler tomorrow night. Nese will certainly be out to prove that WWE 205 Live still belongs to the originals, and he’ll have to contend with Lorcan’s unhinged intensity.