On the latest episode of WWE 205 Live, former NXT Cruiserweight Champions Lio Rush and Tony Nese battled in an effort to prove they belong in title contention. Plus, Danny Burch faces The Brian Kendrick 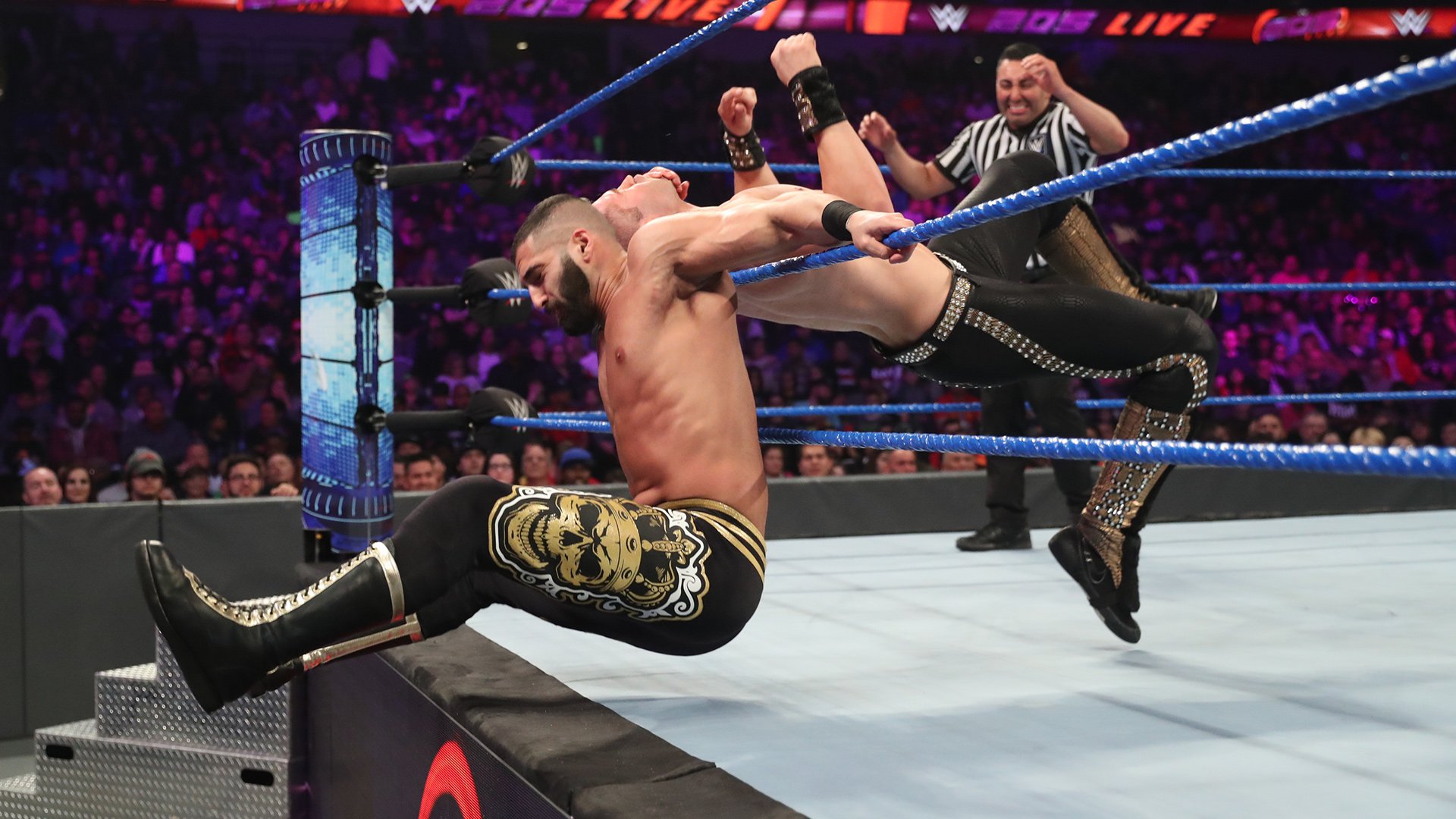 Last week on WWE 205 Live, Ariya Daivari was defeated by the Cruiserweight division’s newest arrival, Tyler Breeze. Not satisfied with the outcome of the match, The Persian Lion had another opportunity to stop Prince Pretty’s momentum in a rematch.

As the opening bell sounded, Breeze wasted little time going after Daivari. Although The Gorgeous One enjoyed an early advantage, a melee on the outside of the ring allowed The Persian Lion to mount a flurry of offense. Nevertheless, the competitiveness of both Superstars took precedence and they battled back and forth. Daivari channeled his ruthlessness and pressed forward with high-impact maneuvers meant to maximize damage.

Breeze battled back and delivered a jawbreaker before catapulting his opponent to the outside. Daivari Dinero managed to recover and once again turned up his aggressiveness, executing a unique submission hold that targeted Prince Pretty’s head and neck. Recovering and scoring a near-fall, both Superstars bounced off the ropes and collided in the center of the ring.

Recovering first, Breeze’s fast-paced offense put Daivari on defense, eventually leading the Persian Lion to strike back only to be taken out of mid-air by a supermodel kick. Following a near-fall, Breeze tried twice to execute the Unprettier and was successful on the second attempt, but Daivari managed to put a foot on the ropes.

Back on their feet, both Superstars traded blows as Daivari barely ducked a Beauty Shot. Attempting the Hammerlock Lariat, Daivari missed and as he tried to roll up his opponent for a pin, Breeze countered with a pinfall of his own to secure the victory. 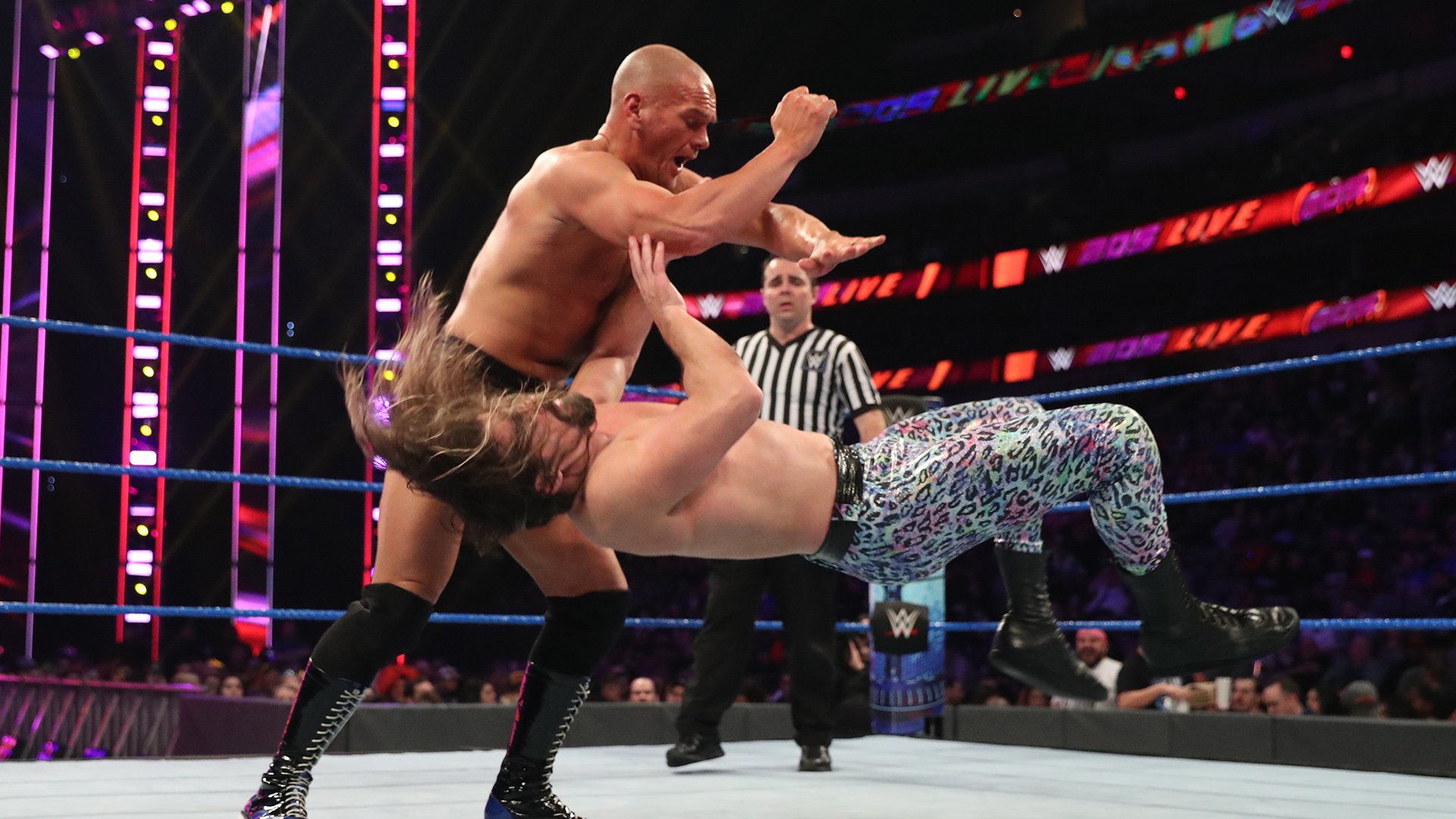 On the first WWE 205 Live of 2020, The Brian Kendrick distracted Danny Burch to help Ariya Daivari pick up a victory against the British Superstar. Before the match, Kendrick confronted Daivari and said he could use a friend, reminding The Persian Lion he’s already “scratched his back.”

As Kendrick and Burch squared off, the strong-style Brit wasted little time going after the former NXT Cruiserweight Champion. Decimating The Man with a Plan, Burch was no doubt unloading three weeks’ worth of frustration at his opponent’s expense.

Kendrick struggled to counter Burch’s fury and found himself completely dominated by the hard-hitting Superstar. Every attempt at offense was met with a counter, and Burch fired up the WWE Universe as he exercised his will on Kendrick in and out of the ring. Battling by the steel steps, Kendrick finally managed to stop Burch’s momentum by slamming him into the steel steps.

Barely beating the official’s 10-count, Burch then found himself at the mercy of Kendrick’s patented Captain’s Hook. Countering a first attempt, Kendrick recovered and once again applied the hold. Feeding off the energy of the WWE Universe, Burch rose to his feet and was able to break the maneuver. Fired up, Burch delivered a series of strikes that allowed him to regain control.

Burch continued to press forward, but Kendrick refused to stay down, desperately jabbing Burch in the eyes but failing to execute Sliced Break No. 2. Taking down Kendrick once again, Burch was ready to deliver a final blow, but he was distracted by Daivari.

Diverting his attention to The Persian Lion, Burch was caught in a roll-up by Kendrick as Daivari grabbed The Man with a Plan’s hand for leverage. The assist from Daivari allowed Kendrick to secure the victory. 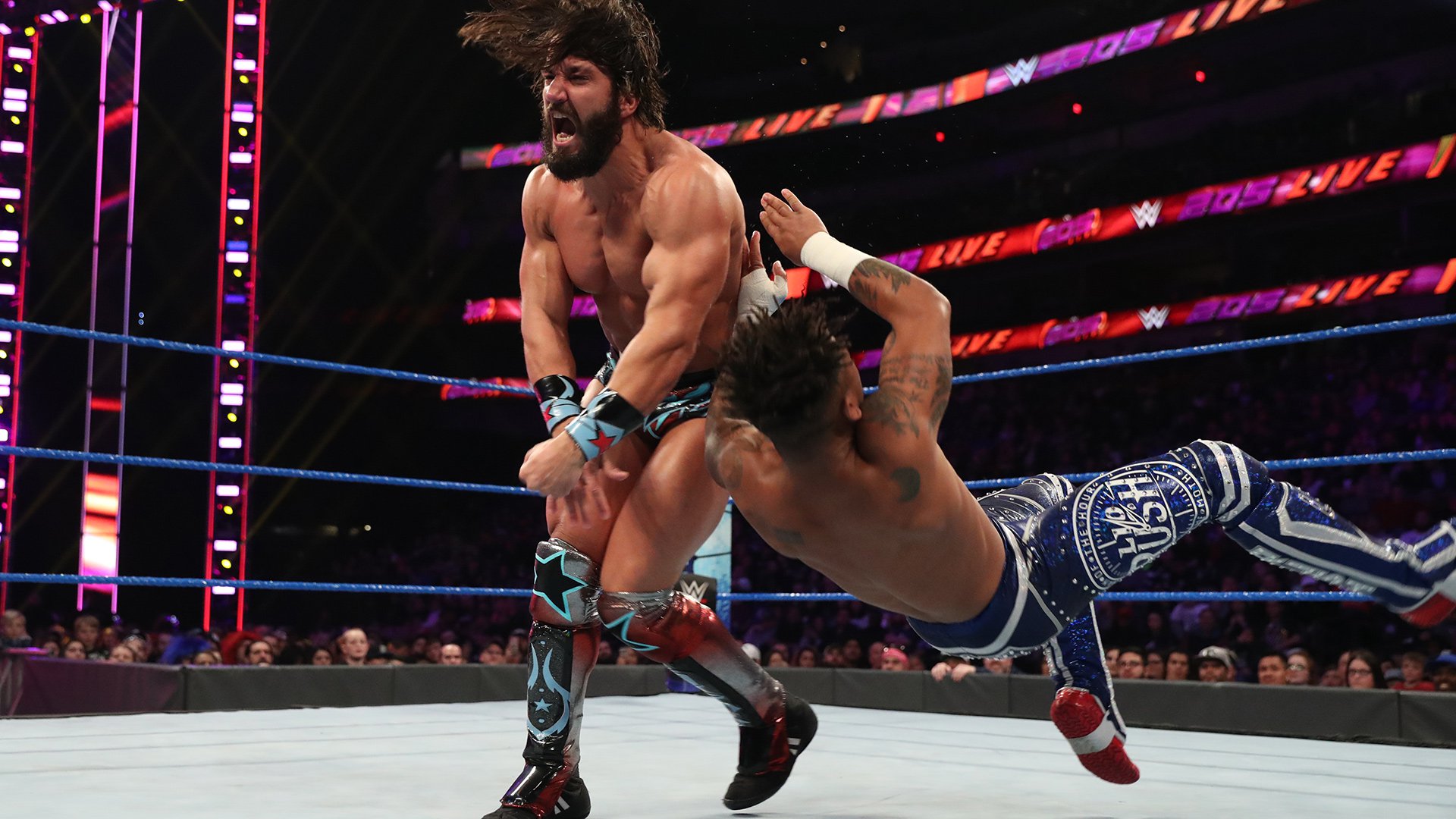 Looking to make their way back to title contention, former NXT Cruiserweight Champions Lio Rush and Tony Nese faced off for the first time in singles competition. As the contest started, both Rush and Nese exchanged unpleasantries before the WWE Universe was treated to an impressive display of Rush’s speed and agility. The Premier Athlete attempted to counter Rush’s speed with power but was unsuccessful.

Finally taking control of the bout after pulling Rush from the ropes, Nese started to utilize his power advantage. However, his momentum was stopped as Rush dove through the ropes, driving Nese into the announce table. Not wanting to win by count-out, Rush went after Nese and once again a battle of power and speed took precedence.

Despite Rush avoiding The Premier Athlete’s advances, Nese was soon able to crush his opponent by using his strength to throw Rush into the corner multiple times. Keeping Rush on defense, Nese executed an explosive dropkick before wrapping his legs around Rush’s ribs to maximize pressure. Trading chops, The Man of the Hour broke free and brawled with Nese much to the delight of the WWE Universe.

The two Superstars continued to battle back and forth as Rush managed to maintain his speed before delivering a Come Up that nearly put Nese away. As Rush ascended the ropes for The Final Hour, Nese rolled away and drove his opponent throat-first into the ropes. Frustration mounted as Nese was unable to secure a pinfall following a huge slam. As The Premier Athlete taunted The Man of the Hour, Rush’s anger was triggered and he took down Nese with a roundhouse kick before once again preparing for the Final Hour.

Nese recovered and a desperate struggle broke out on the top turnbuckle that resulted in both Superstars landing a punch that made them each tumble to the outside. As Rush made his way back into the ring, Nese grabbed him and tossed him over the announce table. The Premier Athlete was then able to return to the ring and beat the official’s 10-count to emerge victorious. 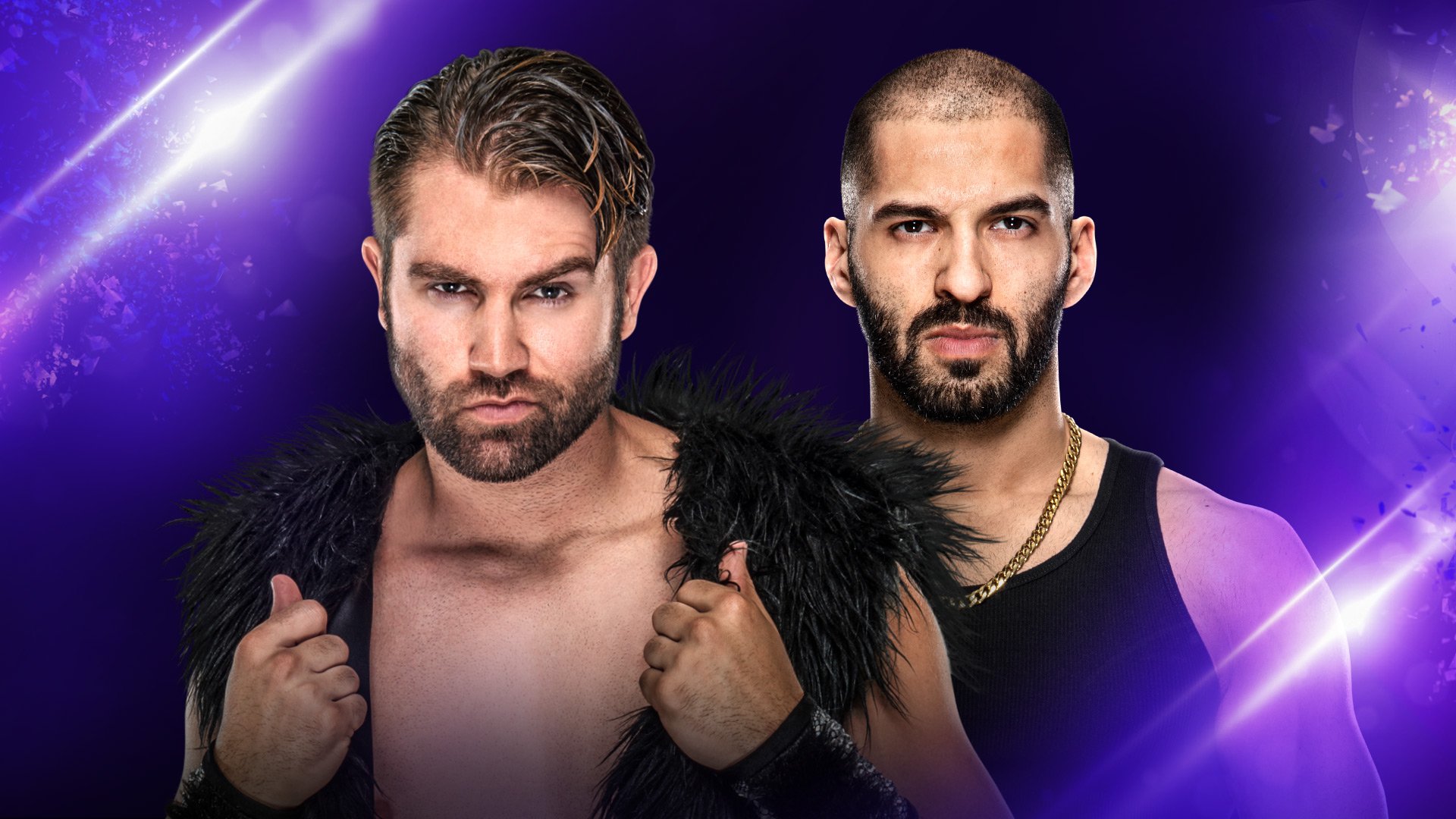 Last week on WWE 205 Live, Ariya Daivari lost to the Cruiserweight division’s newest Superstar, Tyler Breeze. Although he had hoped to shift his focus back to Raul Mendoza, The Persian Lion is looking to even the score with Breeze, just as he did with Mendoza.

Burch hopes to derail The Man with a Plan 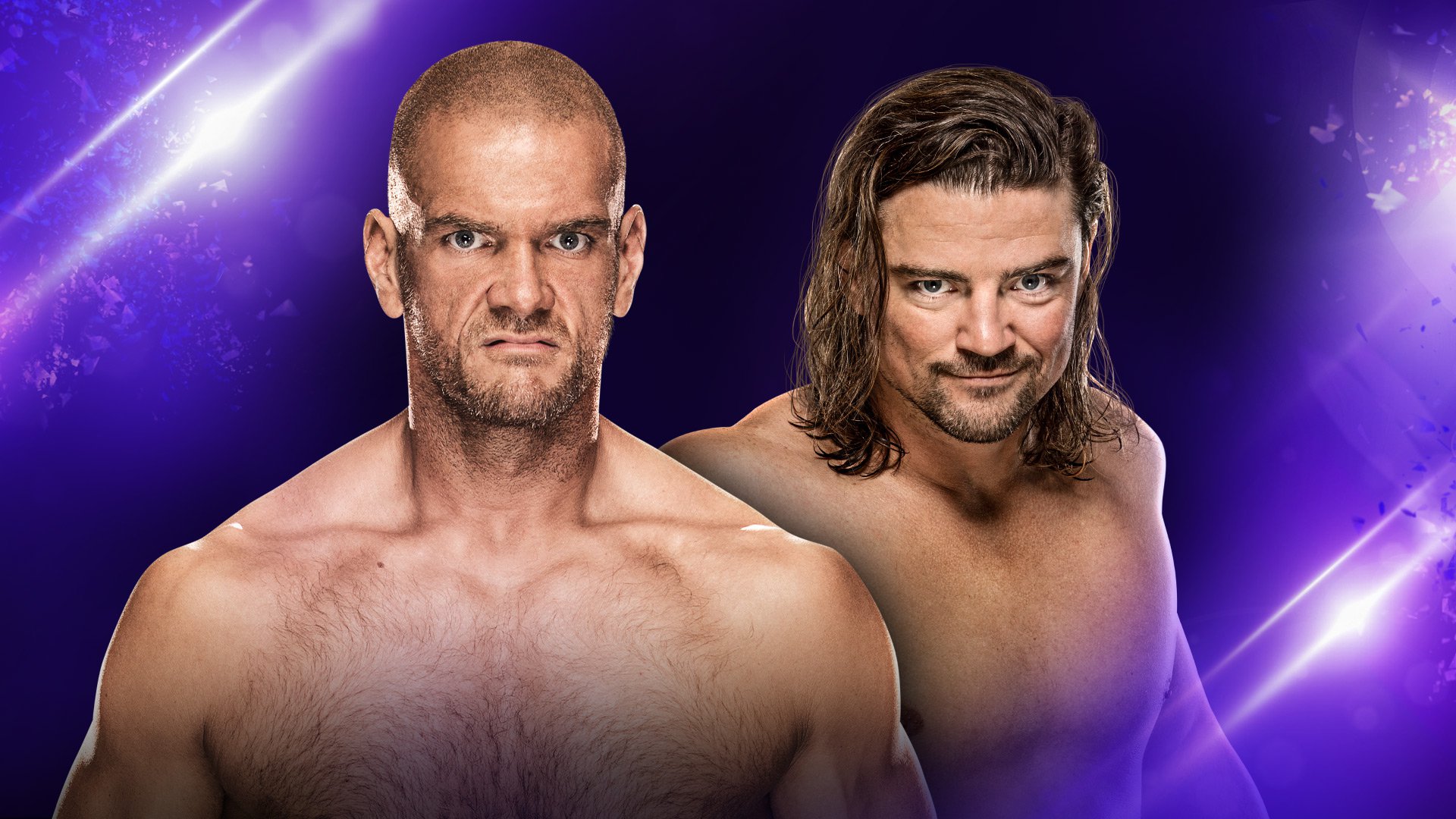 On the first WWE 205 Live of 2020, Danny Burch appeared to be closing in on a victory against Ariya Daivari when The Brian Kendrick caused a distraction that cost Burch the match. Kendrick reminded the WWE Universe that he was the founder of the Cruiserweight division and challenged other Superstars to “do something” – words that have fueled the likes of Daivari.

Tonight, Burch gets his chance at retribution as he goes toe-to-toe with The Man with a Plan. No doubt looking to decimate Kendrick after their last encounter, the hard-hitting British Superstar will certainly use his smashmouth offense to the fullest extent. Can Burch defeat Kendrick, or does the wily veteran have a strategy to emerge victorious? 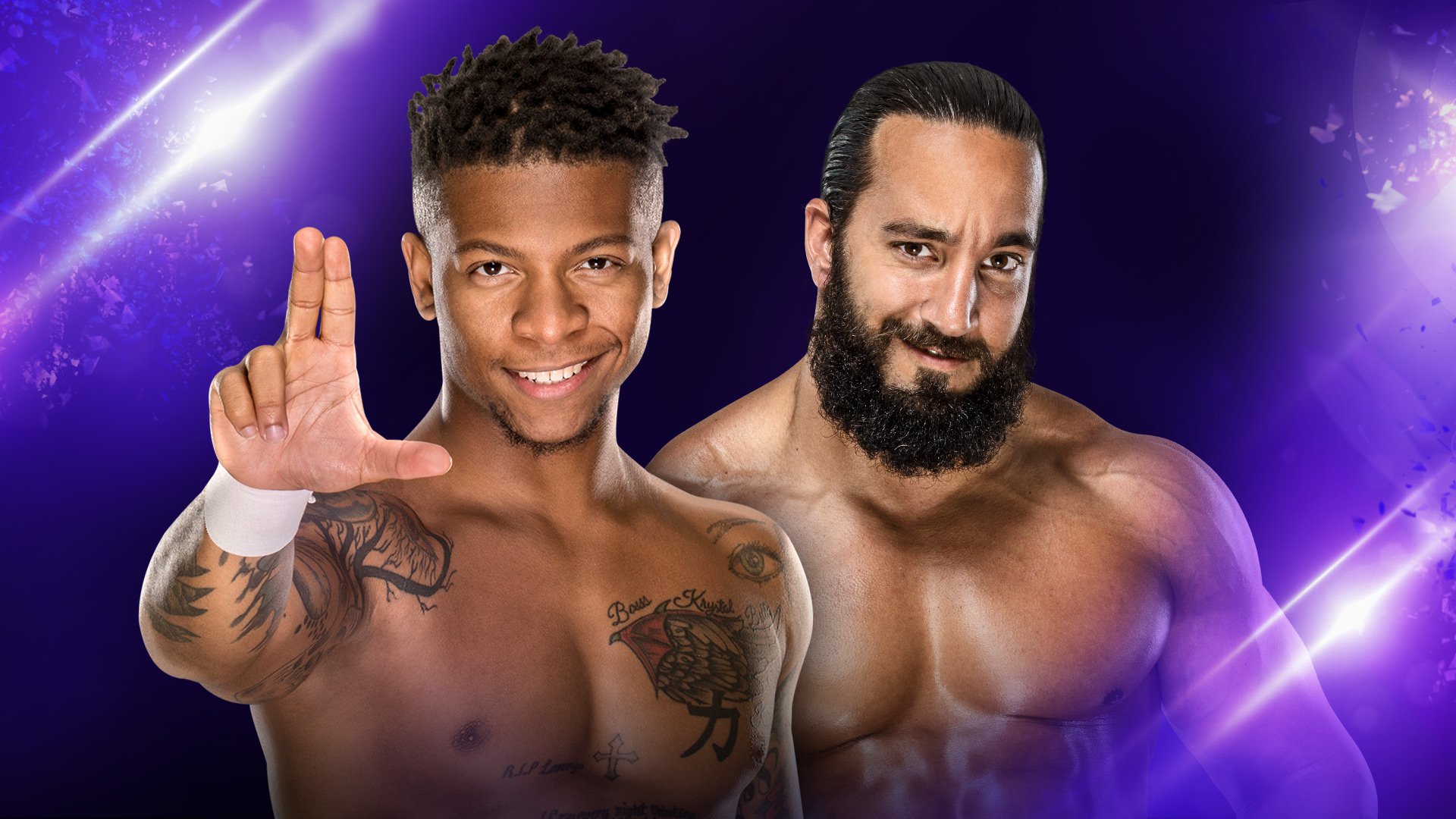 Tony Nese and Lio Rush each reached the top of the Cruiserweight division in 2019 by capturing the NXT Cruiserweight Championship. Both Superstars have set their sights on reclaiming the title, and each is looking to make his case. They were certain to cross paths eventually, and they will clash for the first time ever tonight.

Adding to the high-stakes nature of the contest, Nese and Rush are not competing in the Fatal 4-Way Match for the NXT Cruiserweight Championship at Worlds Collide, and both are looking to prove that they belong there.