On the latest episode of WWE 205 Live, Gentleman Jack Gallagher made a shocking return and attacked Lio Rush following The Man of the Hour’s battle with Tony Nese. Plus, Raul Mendoza and Joaquin Wilde collide in a rubber match. 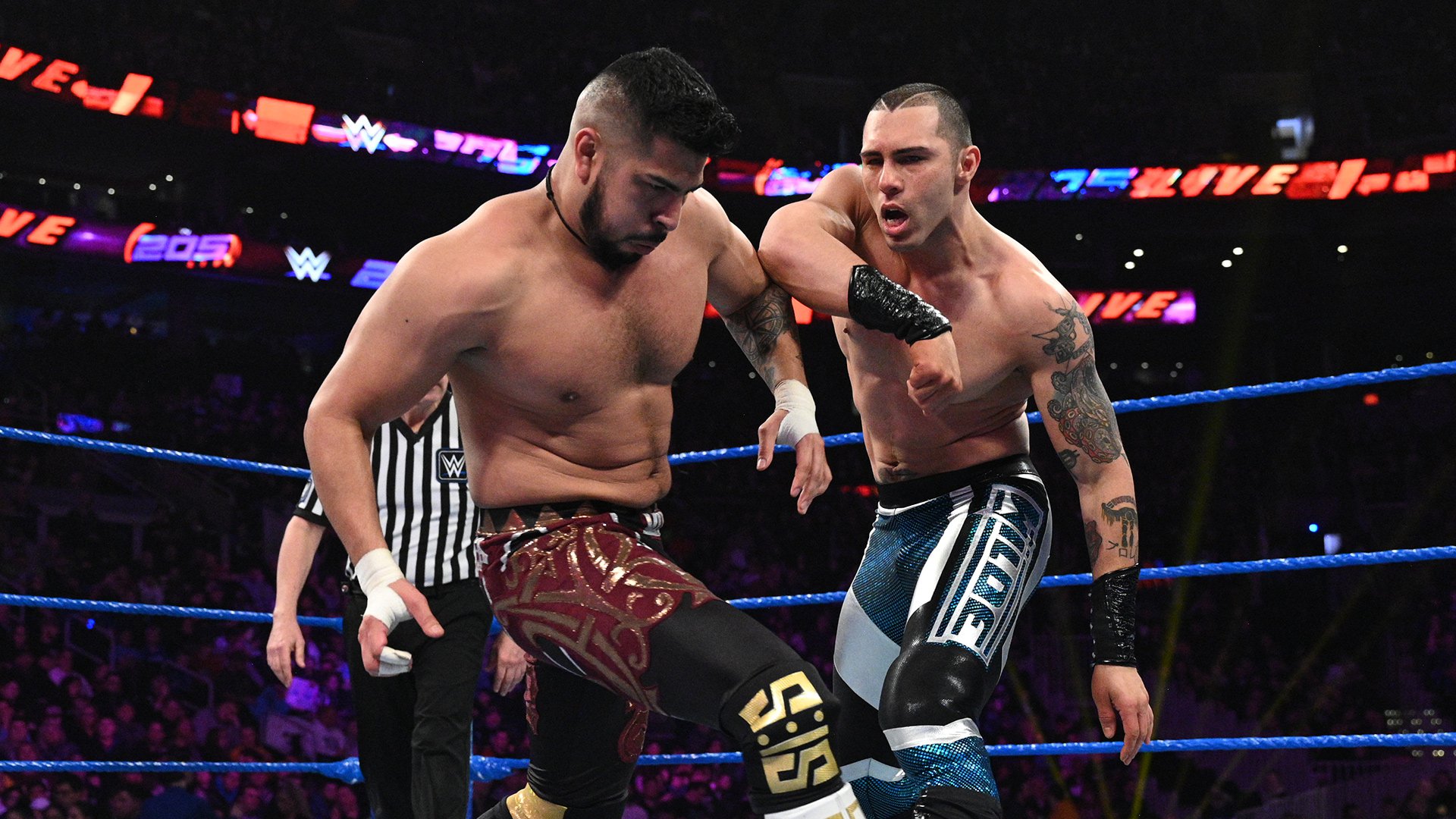 Following Raul Mendoza’s victory against Joaquin Wilde last week on WWE 205 Live—thus giving them each a victory against one another—the highly competitive rivalry was ripe for a rubber match.

As soon as the opening bell sounded, Mendoza charged forward and took down Wilde with a dropkick. Wasting little time, Mendoza attacked with ferocity and used his size advantage to keep Wilde grounded. Intense and highly aggressive, Mendoza continued to apply pressure to his opponent, preventing the cosmic Superstar from any offense.

Wilde eventually battled back, countering his opponent’s hold before delivering a kick and mounting an effective offense that allowed him to pull Mendoza off the second rope into a powerbomb. Fired up, Wilde followed his opponent to the outside of the ring, taking him down with a huge hurricanrana and bringing the WWE Universe to their feet.

Displaying his own aggressive offense, Wilde continued to press forward — but ascending the ropes allowed Mendoza time to recover. Exchanging blows on the top rope, neither Superstar could maintain a strong advantage. However, Mendoza took a moment to shout “you are no better than me” in Wilde’s face before attempting a high-risk maneuver.

The gamble didn’t pay off for Mendoza as Wilde countered into a hurricanrana off the top rope. Despite the jaw-dropping maneuver, Wilde was still unable to score a victory and the battle continued. Striking back and forth in the center of the ring, both Superstars grew more and more frustrated as neither could secure a victory.

Turning up the pace of the contest, both Superstars traded momentum until Wilde managed to reverse a moonsault before executing The Wilde Thing and finally scoring the pinfall. 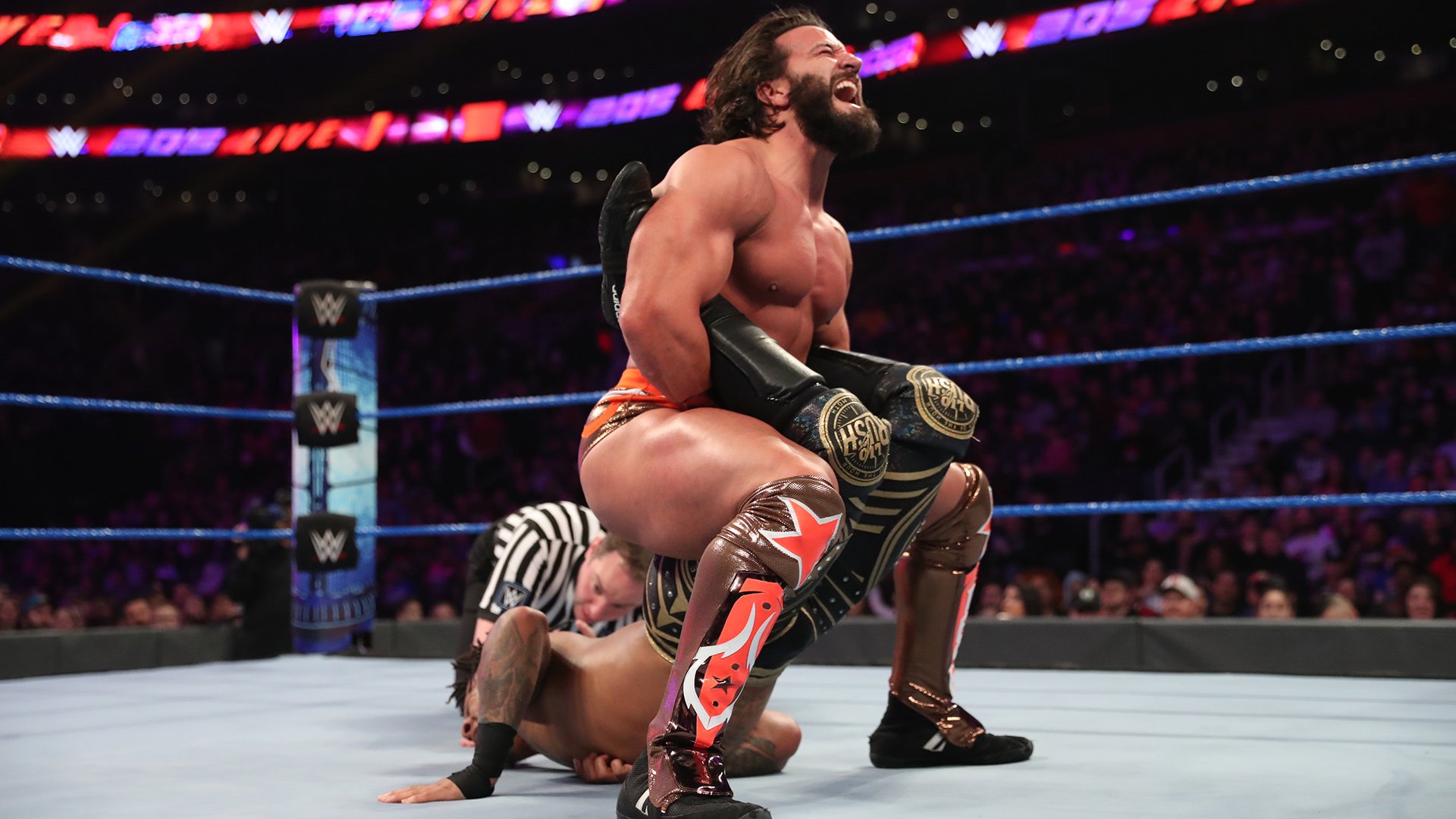 After choosing their teams for the 10-Man Elimination Tag Team Match taking place in two weeks, former NXT Cruiserweight Champions Lio Rush and Tony Nese were ready to square off in singles competition. The animosity between the two was palpable as both competitors are vying for another title opportunity.

As the match began, The Premier Athlete took a moment to show off his physique, but The Man of the Hour wasn’t impressed and used his speed to keep Nese at bay and Mike Kanellis out of the equation. While Nese relied on his strength advantage, Lio Rush’s speed and agility kept The Premier Athlete on the ropes until he could counter a pinfall with a colossal kick to Rush’s jaw.

Successfully slowing the pace of the bout, Nese began to methodically dismantle The Man of Hour, but that strategy allowed Rush enough time to regain his composure and control of the contest. However, Rush was unable to capitalize as a distraction from Kanellis allowed Nese to recover once again, slowing down his lightning fast opponent.

The former NXT Cruiserweight Champions battled back and forth, trading momentum with Nese’s speed and power giving him the edge. Ascending the ropes, Nese tried to execute a superplex but The Man of the Hour battled back, knocking Nese to the canvas and taking him down with a cross body. Rush engaged in a flurry of offense that nearly scored him the victory following a huge DDT.

Resilient as ever, Nese battled back with quick kicks and a powerful suplex before applying a Boston Crab. Using all of his strength and bodyweight, Nese nearly made Rush tap out, but a desperate counter allowed Rush to break the hold.

They continued to battle back and forth with Rush knocking Kanellis off the apron. In full control of the contest, Rush had victory in sight and executed a Come Up. As Rush went for the pinfall, Kanellis jumped in the ring and broke the pin. Kanellis and Nese attacked Rush, prompting Oney Lorcan and Danny Burch to make their way to the ring and disperse of Nese and Kanellis.

With Rush alone in the ring, he was left to the mercy of the returning Gentleman Jack Gallagher. The WWE 205 Live original attacked the former champion, showing off his brand-new tattoos and attitude in the process.

Rush and Nese set their squads 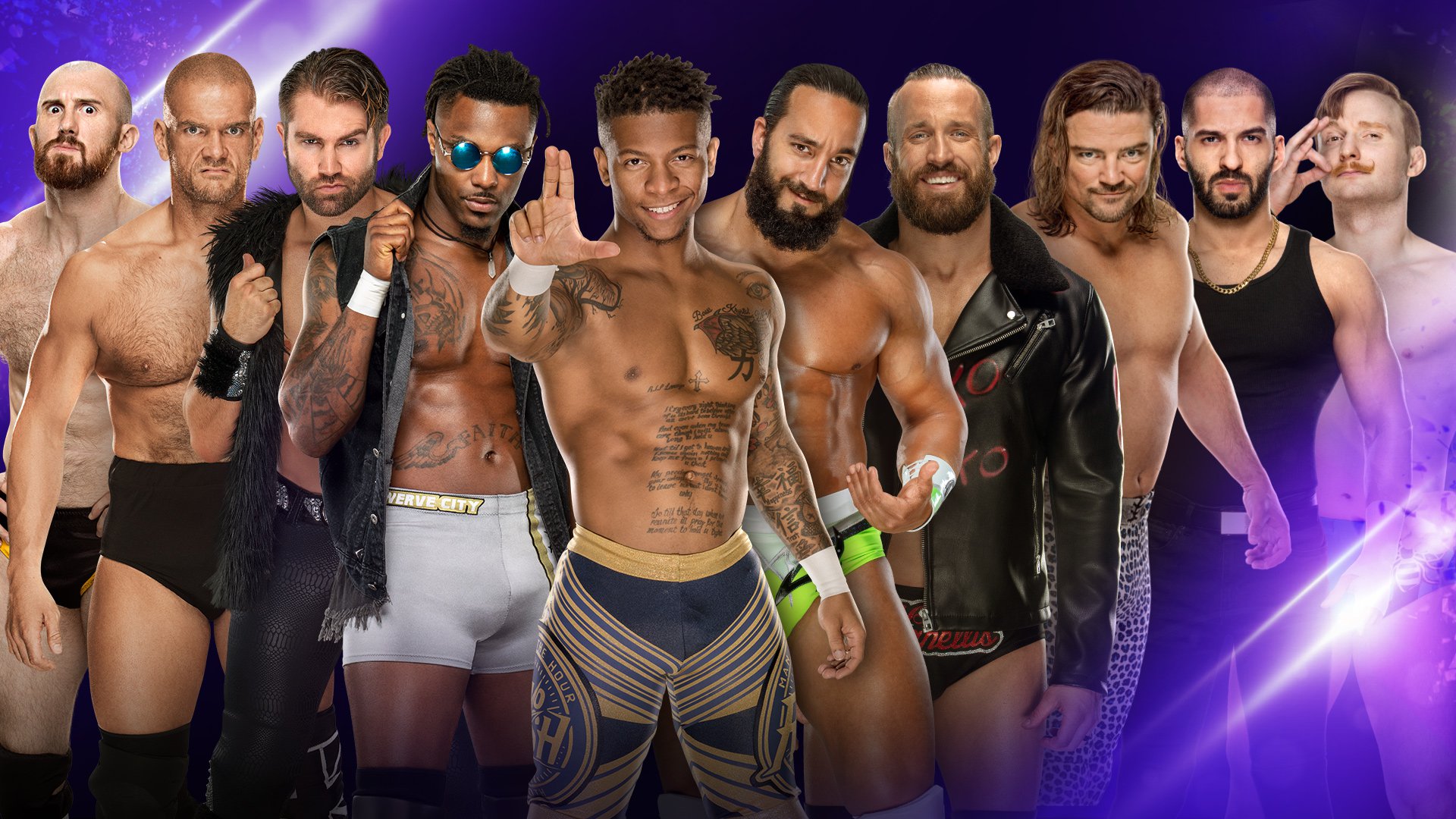 In two weeks, Lio Rush will lead a team of NXT Cruiserweights against Tony Nese and his hand-picked team of WWE 205 Live originals. The Man of the Hour selected Isaiah “Swerve” Scott, Tyler Breeze, Danny Burch and Oney Lorcan. They will battle The Premier Athlete’s team of Mike Kanellis, The Brian Kendrick, Ariya Daivairi and Gentleman Jack Gallagher.

Both teams will collide in a 10-Man Elimination Tag Team Match in the ultimate struggle between NXT Cruiserweights and WWE 205 Live originals.

Rush and Nese to pick their teams 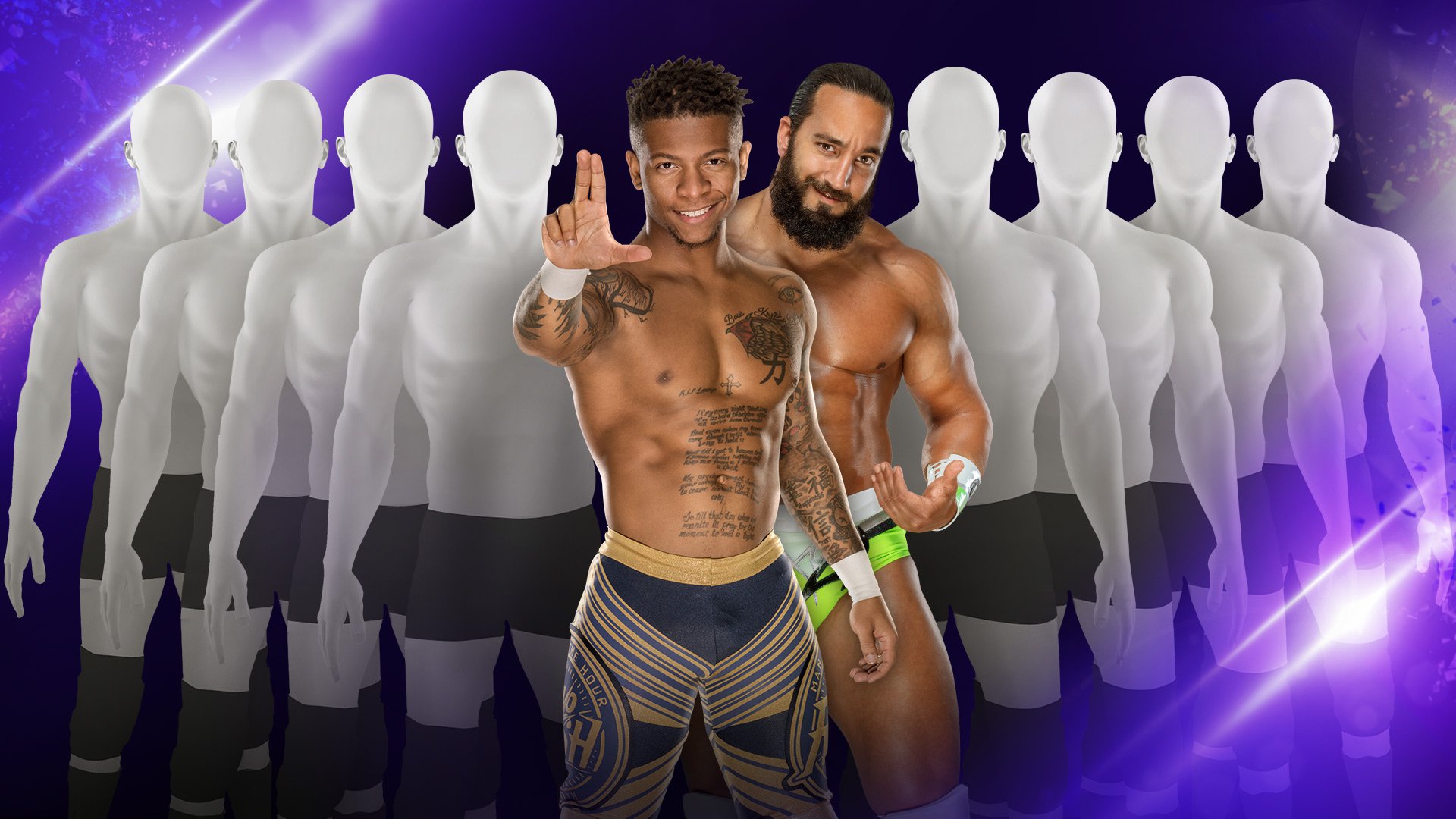 Rush and Nese each will pick a team of four Superstars to represent the two groups of Cruiserweights that have been at odds in recent months. The two squads will then battle in a 10-Man Elimination Tag Team Match next month!

Who will Rush and Nese choose? Who will gain momentum heading into the tense showdown? Don’t miss WWE 205 Live, tonight at 10/9 C on the award-winning WWE Network.