On the latest episode of WWE 205 Live, Oney Lorcan and Humberto Carrillo battle for an opportunity to challenge WWE Cruiserweight Champion Drew Gulak at WWE Clash of Champions. Plus, Kalisto faces Ariya Daivari. 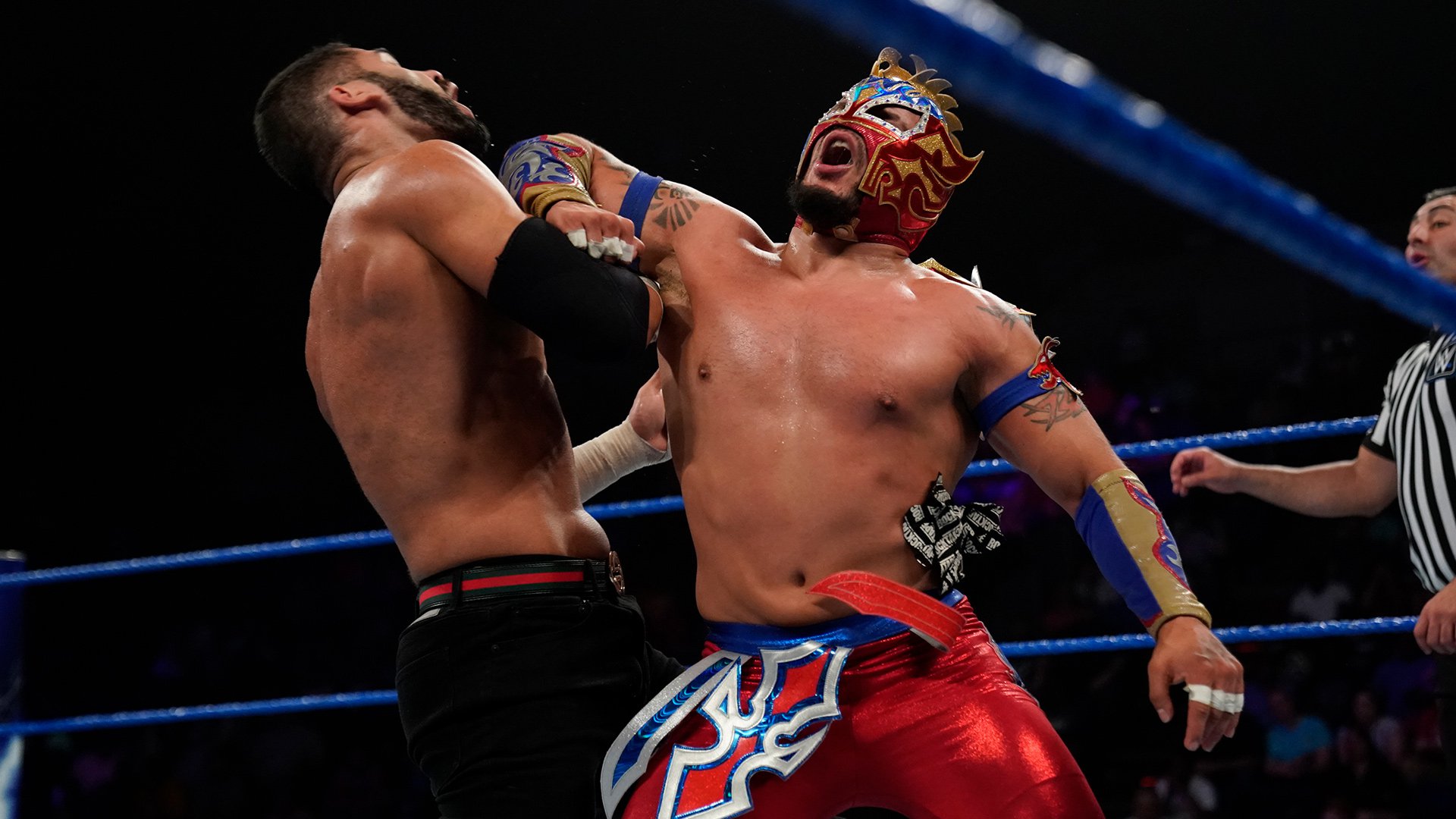 Nearly two years removed from the last time Kalisto and Daivari met one-on-one on WWE 205 Live, Daivari quickly took down his opponent and exuded confidence by taunting the former WWE Cruiserweight Champion. Kalisto returned the favor by using his agility and fast-paced attack, driving The Persian Lion to the mat and then taunting him as well.

The Lucha Dragon followed up with a dive to the outside, taking full control. Narrowly escaping a high-risk maneuver and a speedy follow-up from Kalisto, Daivari took his opponent off the ring apron by pulling his legs out from under him and driving him into the barricade with a punishing dropkick before tossing Kalisto into the steel steps.

Daivari remained one step ahead of Kalisto, effectively stopping all of his opponent’s counters, using the environment to his advantage and focusing his attacks on Kalisto’s ribs and mid-section. Fired up, the former WWE Cruiserweight Champion fought back and unloaded on The Persian Lion, only to be stopped by a perfectly timed kick to the mid-section.

As Kalisto attempted a Salida del Sol, Daivari backed away, leading to a struggle on the ring apron that resulted in a jaw-dropping hurricanrana to the outside that took down both Superstars. With Kalisto barely getting Daivari back into the ring in time, he executed a 450 Splash and pulled Daivari’s legs up for a pinfall. Unfortunately, Kalisto pulled his opponent’s legs too far and onto the ropes, forcing the pinfall to be broken.

Waiting for Daivari to get up, Kalisto set up the Salida Del Sol, but Daivari tried to pull off the former Cruiserweight Champion’s mask, allowing him to execute the Persian Twist and secure the win.

After the match, Daivari continued to attack Kalisto, resulting in Lince Dorado and Gran Metalik coming to their lucha brother’s aid. However, rather than fight, Daivari and Dorado had a tense stand-off before The Persian Lion left the ring, but not before he once again told Dorado that The Lucha House Party was holding him back. 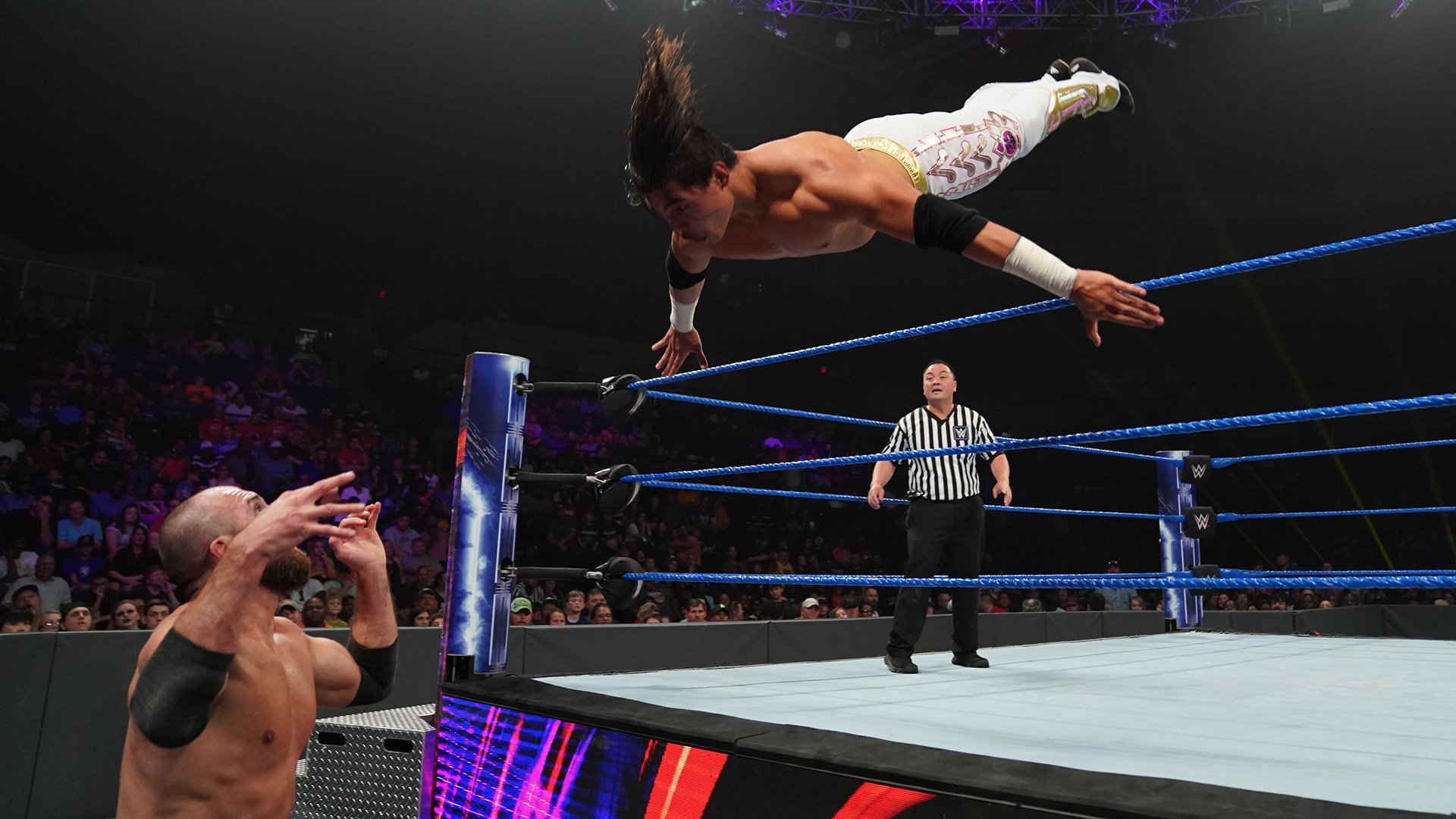 As the match got underway, both Superstars – who last met in the WWE Cruiserweight Championship tournament before WrestleMania 35 – shook hands before battling to an early stalemate with an incredible sequence of pinfall attempts and counters that drew an ovation from the WWE Universe.

Lorcan wisely kept the Mexican Superstar grounded, using his pure power to keep Carrillo on defense. Carrillo finally regained momentum by countering the Half and Half and fending off Lorcan’s attack before turning up the pace of the match with his incredible lucha libre ability. After flattening Lorcan on the outside, Carrillo rolled him up, only to be decimated by a diving uppercut from The Boston Brawler.

However, as Lorcan advanced, Carrillo maintained the pressure, countering an elbow before a rolling moonsault and an incredible handspring Japanese arm drag that nearly secure victory. Lorcan again regained control by countering a moonsault and charged forward, driving his shoulder into his opponent multiple times in the corner. Carrillo turned the tables, and the battle raged to the ring apron as the Mexican Superstar dropped Lorcan with a dropkick before a dive to the outside. As Carrillo prepared for the Aztec Press, Lorcan countered with an uppercut.

Changing up his usual arsenal in an act of desperation, Carrillo executed a powerbomb but was unable to secure victory. Exchanging strikes in the center of the ring, Lorcan took control with a dropkick that drove Carrillo to the outside. Charging after his opponent, Lorcan executed the Half and Half on the outside. Looking to put Carrillo away for good, Lorcan ascended the ropes and dropped down on Carrillo on the outside before tossing him back in the ring.

Ascending the ropes again, Lorcan rolled into Carrillo but was still unable to secure the win. Preparing to execute a Half and Half off the top rope, Lorcan was countered but immediately followed up with an attempted superplex. Carrillo countered again, dropping Lorcan to the mat and executing a twisting splash for the victory.

As Carrillo celebrated his victory, WWE Cruiserweight Champion Drew Gulak appear on the TitanTron with a message of sarcastic congratulations for his former student. Gulak promised to teach Carrillo a new lesson in pain and punishment, reminding everyone that if change is the rule, then Gulak is the law. 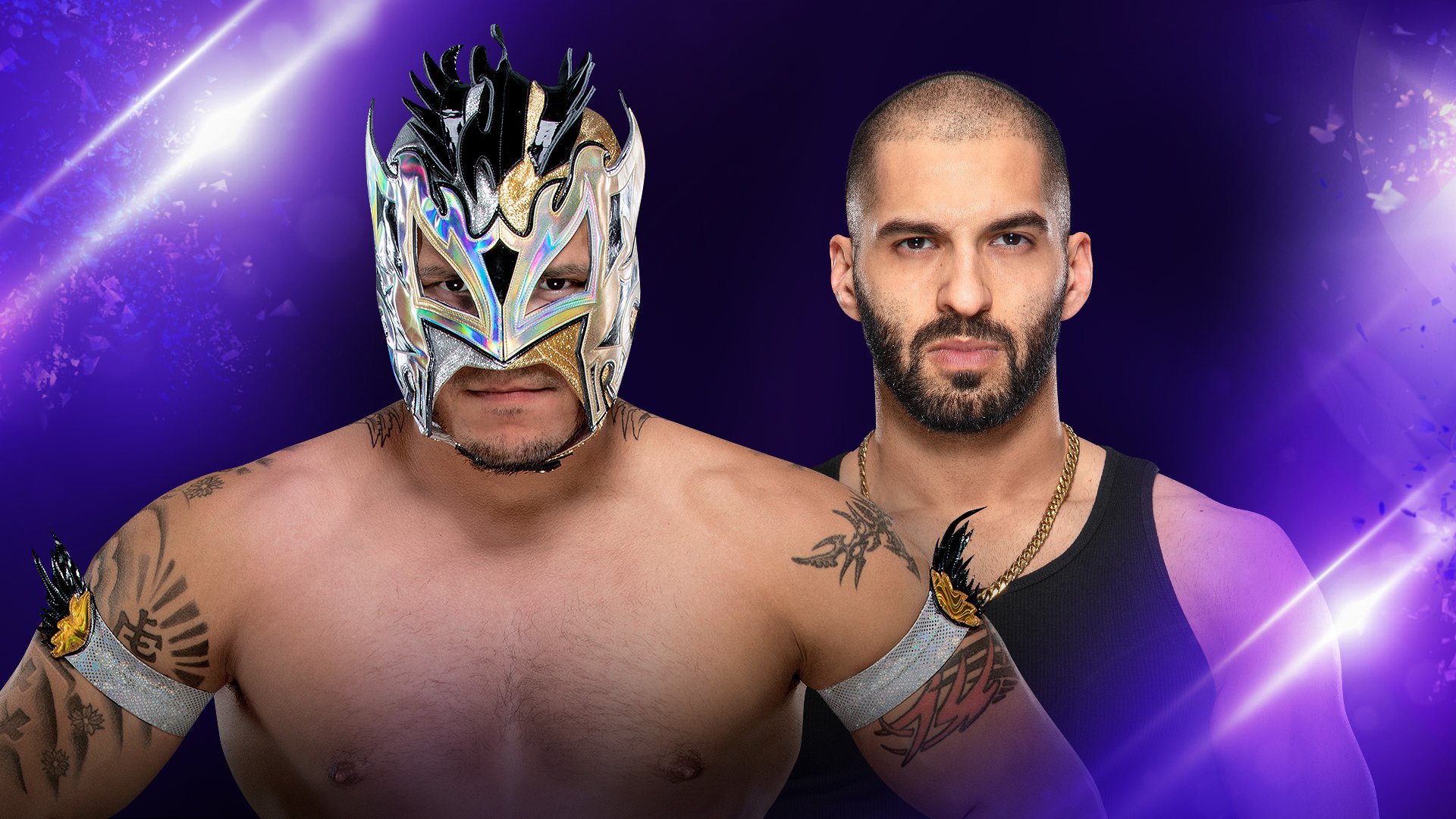 In recent weeks, Ariya Daivari has been in the head of The Lucha House Party’s resident hot-head, Lince Dorado. The Persian Lion has been doing his best to convince The Golden Lynx that he no longer has to be held back by The Lucha House Party. Dorado’s focus has also been on Humberto Carrillo, who he believes does not honor the lucha tradition. A mysterious attack on Gran Metalik two weeks ago left Kalisto and Dorado teaming with Carrillo in a victorious effort against Ariya Daivari and The Singh Brothers.

While Metalik’s attacker remains a mystery, Kalisto believes it was part of Daivari’s master scheme to break apart The Lucha House Party. Tonight, the former WWE Cruiserweight Champion looks to silence The Persian Lion and keep the party going.

Don’t miss the most exciting hour of television, WWE 205 Live, tonight at 10/9 C, streaming on the award-winning WWE Network.